We take a look at everything you need to know ahead of the big derby meeting with Carlisle United at The Progression Solicitors Stadium.

In Opposition
Carlisle United are attempting to get back to their very best form at the perfect time as they look to get their challenge for promotion back on track.

The Cumbrians looked a good bet for the League Two title at the end of January when they sat in second place but with four games in hand on then leaders Cambridge United.

However, a stunning run of six defeats in the next seven and just one win in 13 saw them slip down the table dramatically during February and into March.

They have managed to arrest that slump in recent weeks and have registered three wins in a row coming into this weekend’s big derby at The Progression Solicitors Stadium.

Chris Beech’s men have moved back within three points of the division’s top seven and will hope a strong end to the campaign can yet see them plot a route back to League One for the first time since 2013/14.

One To Watch
Jon Mellish has been the surprise package of the Carlisle United squad this season and the midfield man scored both goals as The Cumbrians defeated Scunthorpe United 2-0 last time out.

Originally signed from Gateshead as a centre-back, boss Chris Beech has converted the 23-year-old into a goalscoring midfielder and that brace on Tuesday took him to double figures in the league this season.

Mellish has become a fans’ favourite on the back of his stunning form in 2020/21 and he’s a player that will need to be well marshalled by The Bluebirds this weekend.

Head To Head
This Saturday’s game will be the first time these two rivals have done battle in a Football League game in Barrow since a 2-2 draw back in March 1964.

The Cumbrians got the edge when the two teams met at Brunton Park in October when Jon Mellish’s first half goal was enough to earn Carlisle all three points.

You have to go back to 1960 for Barrow’s last win over Carlisle on home soil – a commanding 5-1 Division Four triumph almost 61 years ago today on 9th April 1960.

Referee
Seb Stockbridge will make his second trip of the season to The Progression Solicitors Stadium when he’s handed responsibility for this weekend’s Cumbrian derby.

He also made the trip to Cumbria to oversee our FA Cup tie against AFC Wimbledon back in November.

Stockbridge has been in charge of 27 games overall during 2020/21, his most recent outing coming in League One on Good Friday when he watched Accrington Stanley’s goalless draw with Burton Albion.

Betting
Carlisle United have been installed as 11/8 favourites for three points this weekend, with Barrow rated a 2/1 shot for a victory and the draw priced up at 21/10 with our friends at Sky Bet.

Live Streaming
Match Passes to watch Saturday’s game live on iFollow Barrow are now available so that you can enjoy every second of the derby action against Carlisle United.

Live Commentary
We will also provide an audio commentary of Saturday’s game when we link up with BBC Radio Cumbria who will describe every kick from our clash with The Cumbrians.

Barrow were forced to settle for a point after Carlisle United struck a late leveller to secure a share of the spoils from an absorbing encounter at The Progression Solicitors Stadium.

The hosts looked on course for a derby victory after goals from Scott Quigley and Patrick Brough saw them recover from conceding an early opener to lead until Offrande Zanzala’s penalty twelve minutes from time.

The Bluebirds suffered an awful start to the game when Carlisle went in front from a corner just three minutes into the contest as Callum Guy’s right-wing set-piece picked out Jack Armer whose powerful header flashed beyond Joel Dixon.

It was a setback which Barrow struggled to recover from in the opening quarter-hour as the visitors continued to set the pace and Joe Riley came close to adding a second after cutting inside from the right, but he dragged a shot wide of the near post.

However, the game turned on 19 minutes when Barrow applied some pressure on the edge of the area where Kgose Ntlhe did well to keep the ball alive and his looping header fell kindly for Scott Quigley who turned swiftly to drill an unstoppable shot into the bottom corner.

Five minutes later The Bluebirds were in front. Quigley this time turned provider as he charged down a clearance on the right before driving forward to find a pass along the edge of the area for the arriving Patrick Brough who took a confident first touch and then slipped it home clinically.

Riley had a half-chance to bring The Cumbrians level on the stroke of half time when he seized on a loose clearance, but his effort flew just too high to trouble Dixon.

Quigley could have added a third goal for Barrow early in the second half when he got in behind but his touch let him down, while good defending denied the striker when through down the right not long afterwards.

Barrow were made to battle hard to protect their lead but Aaron Hayden came agonisingly close to levelling on 72 minutes when he header from a free kick dropped just wide of the post.

At the other end, Luke James fired just over from twelve yards after Bobby Thomas’ long throw from the right caused problems in the Carlisle penalty area.

However, the visitors were back on level terms on 78 minutes after their pressure led to the award of a penalty kick which was confidently tucked away by Offrande Zanzala.

Rob Kelly threw Calvin Andrew on for the final ten minutes as he continued to look for a victory but a tense finish saw the sides share the derby spoils at The Progression Solicitors Stadium. 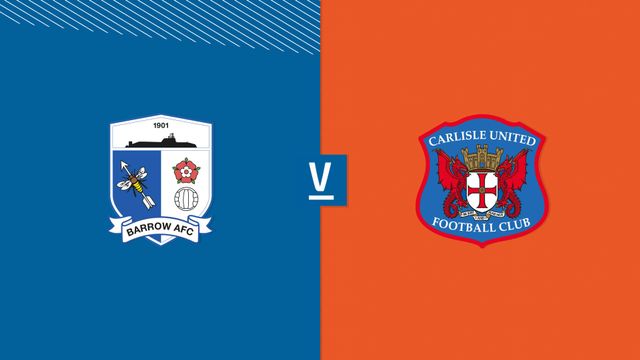 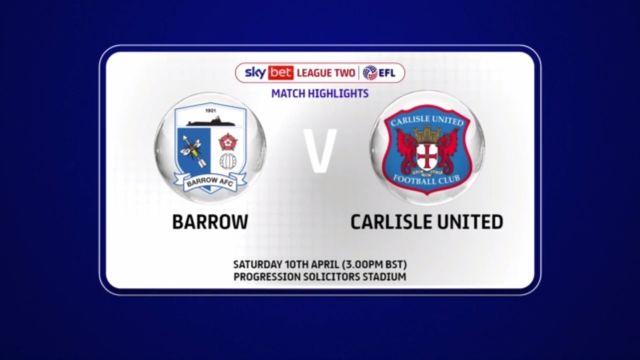 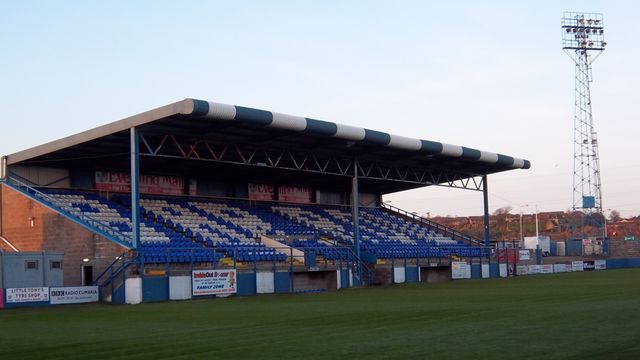