Take a look at everything you need to know ahead of this evening's visit of Exeter City to The Progression Solicitors Stadium.

In Opposition
Exeter City sent out a statement to their play-off rivals on Saturday when they enjoyed a sensational 4-1 win over title-chasing Cambridge United at The Abbey Stadium.

Boss Matt Taylor will hope the result marks a return to their best form following a sequence of four defeats from the previous six which threatened to derail their attempts to snatch a top seven spot.

The Grecians are now back within a point of the play-off positions and have the incentive of knowing that tonight’s game in hand gives them the opportunity to leap as high as fifth spot in the table.

One To Watch
City’s Matt Jay pipped Patrick Brough to the League Two Player of the Month accolade for March after hitting a real purple patch in front of goal.

The talented 25-year-old fired a hat-trick in The Grecians’ thumping 4-0 win over Leyton Orient at the beginning of the month before scoring a spectacular free kick in the 2-0 triumph over Scunthorpe United.

Jay has now helped himself to 19 goals in all competitions after being on target again during City’s eye-catching 4-1 win at Cambridge United and he will be key to their prospects of making the play-offs this term.

Head To Head
Barrow have been made to wait a long time for their chance to put the record straight against Exeter City – because The Grecians ran out 7-1 winners when the sides last met back in 1972.

It proved to be The Bluebirds’ final game in the Football League for almost 50 years and was a painful way to bow out so it will be hoped they can put that right this evening.

It’s actually going to be the 19th competitive meeting between Barrow and Exeter and our last success came by virtue of a 2-1 triumph in Devon back in February 1967.

Referee
Ross Joyce is back at The Progression Solicitors Stadium this evening after being the official was left with no option but to postpone our scheduled meeting with The Grecians in February.

An experienced and respected referee, Joyce is now into his sixth season on the EFL list and has mainly worked across Leagues One and Two during 2020/21.

You have to go back to 2012/13 for the last time he oversaw a Barrow fixture – Joyce was on the whistle that season for our games against Gateshead, Nuneaton and Grimsby Town.

Betting
Exeter City have been made slight favourites for three points tonight at odds of 11/8, while The Bluebirds are rated an 15/8 shot for victory and a draw is priced up at 11/5.

Click here now to take a look at Sky Bet’s range of odds on tonight’s action.

Live Streaming
Match Passes to watch tonight’s game live on iFollow Barrow are now available so that you can enjoy every minute of tonight’s game against Exeter City.

Any Match Passes bought for the previously scheduled games against Exeter City will remain valid for this evening’s fixture.

Live Commentary
We will also provide an audio commentary of Tuesday’s game when we link up with BBC Radio Cumbria’s Adam Johnson and John Goodwin who will describe all the action as it unfolds.

Patrick Brough and Scott Quigley were both on target as Barrow clinched another priceless home victory as Exeter City were put to the sword at The Progression Solicitors Stadium.

Pierce Sweeney pulled one back in injury time but it was too little too late for the play-off chasing visitors as Rob Kelly’s men claimed a crucial three points in their fight to retain their EFL status.

Exeter began the half on the front foot and looked keen to build on their away win at Cambridge United by producing another positive performance on the road.

Matt Taylor’s men forced a couple of early corners as they made Barrow work hard in the early stages but, as things settled down, The Bluebirds got a foothold in the game.

Long throw-ins from both sides of the pitch – including one from the surprise source of Luke James – were causing a few problems for City, particularly as the sun lowered over the stands on a pleasant evening in Cumbria.

Archie Collins released a snapshot for The Grecians from the edge of the area but dragged it wide as the game became scrappy, both sides having to work hard and keep their concentration an increasingly tricky surface.

The dangerous Randell Williams did well to slip a clever ball into the feet of Matt Jay on the right side of the box, but Exeter’s in-form star couldn’t generate enough power in his shot to trouble Joel Dixon.

The visitors then whipped a wicked corner in to the Barrow box from the right which caused mayhem inside the area until Kgose Ntlhe took charge to clear his lines, while winning a free kick for a late challenge.

It appeared the opening half would end without major incident until, right at the end of one minute of stoppage time, Patrick Brough intervened. James collected the ball back to goal on the edge of the box and turned skilfully into space before being upended and, as everyone stopped waiting for a decision from the referee, Brough strode onto the loose ball and steered it low past City keeper Jokull Andresson to hand The Bluebirds a half time lead.

Exeter tried to respond right at the start of the second period when Josh Key got to the byline on the right and whipped a cross into the front post, but Collins couldn’t quite direct his glancing header on goal and it was easily gathered by Dixon.

City boss Taylor threw caution to the wind with three changes around the hour mark as he looked to try and find a way back into the game but Barrow were defending with real determination and making their visitors work for every opening.

Jake Taylor turned neatly to find space on the right of the area but found his path blocked by Tom Davies before the City skipper had another effort from the edge of the area which was easily dealt with by Dixon.

The Barrow keeper was tested on 83 minutes when Jake Caprice chipped a dangerous cross into the far post for the arriving Jack Sparkes, but his header was brilliantly held by Dixon much to the relief of the home defence.

Exeter continued to press and a half-cleared ball into the box fell kindly for Lewis Page who struck on goal first time, but his effort swerved wide of the target.

Quigley then did brilliantly at the other end to worm his way into the area on the left before fizzing a dangerous low ball to the far post where Brad Barry slid in to try and meet it but couldn’t provide the touch to send it home.

However, Quigley made a meaningful contribution in the first minute of injury time when he raced onto Calvin Andrew’s superb flick-on, shrugged off the defender and then slipped a clinical finish past Andresson.

City made it a nervy finale after Sweeney rammed a volley in from close range after a corner caused chaos in The Bluebirds area but it wasn’t enough to see them stage a comeback and the points stayed in Cumbria. 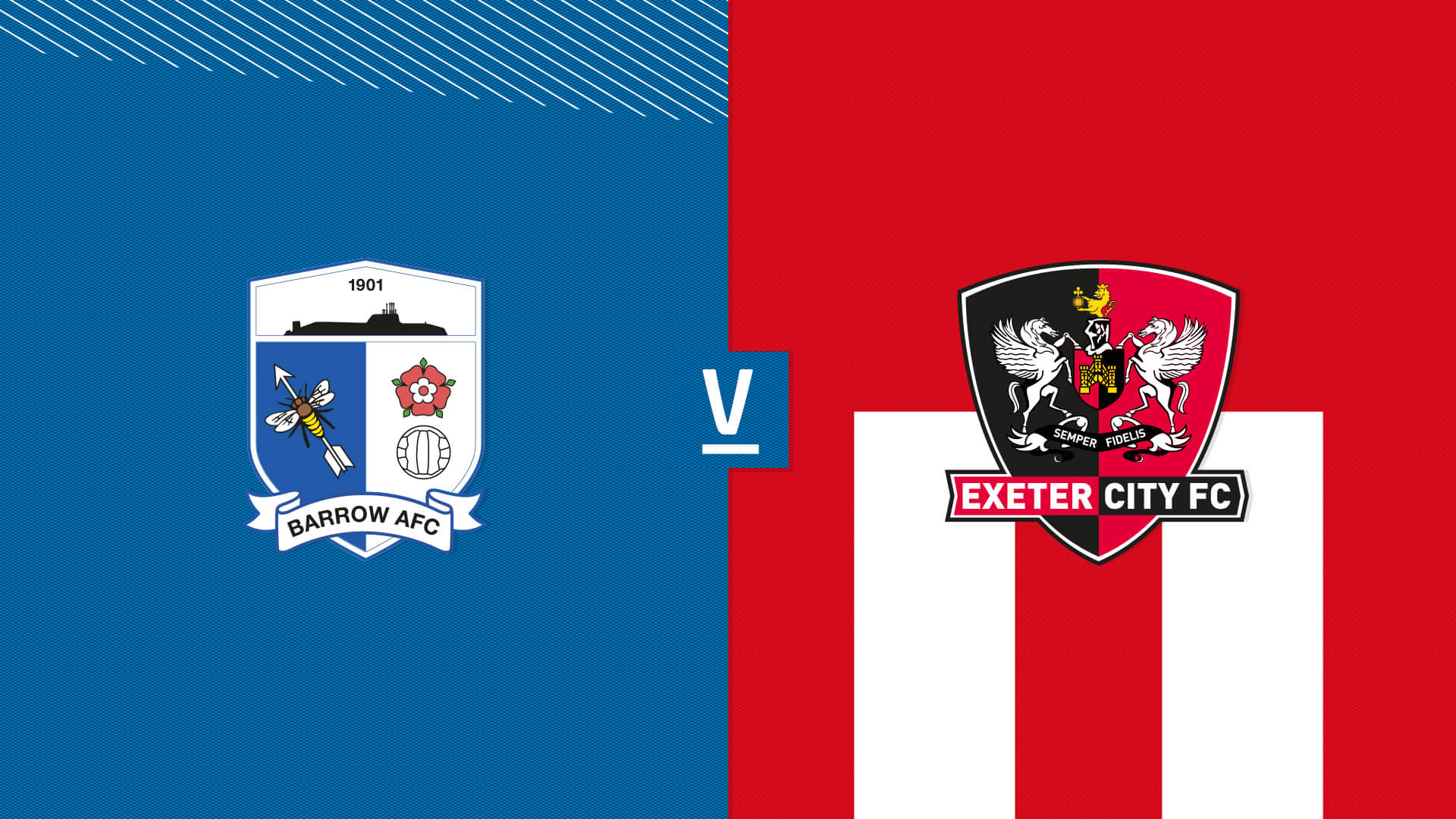 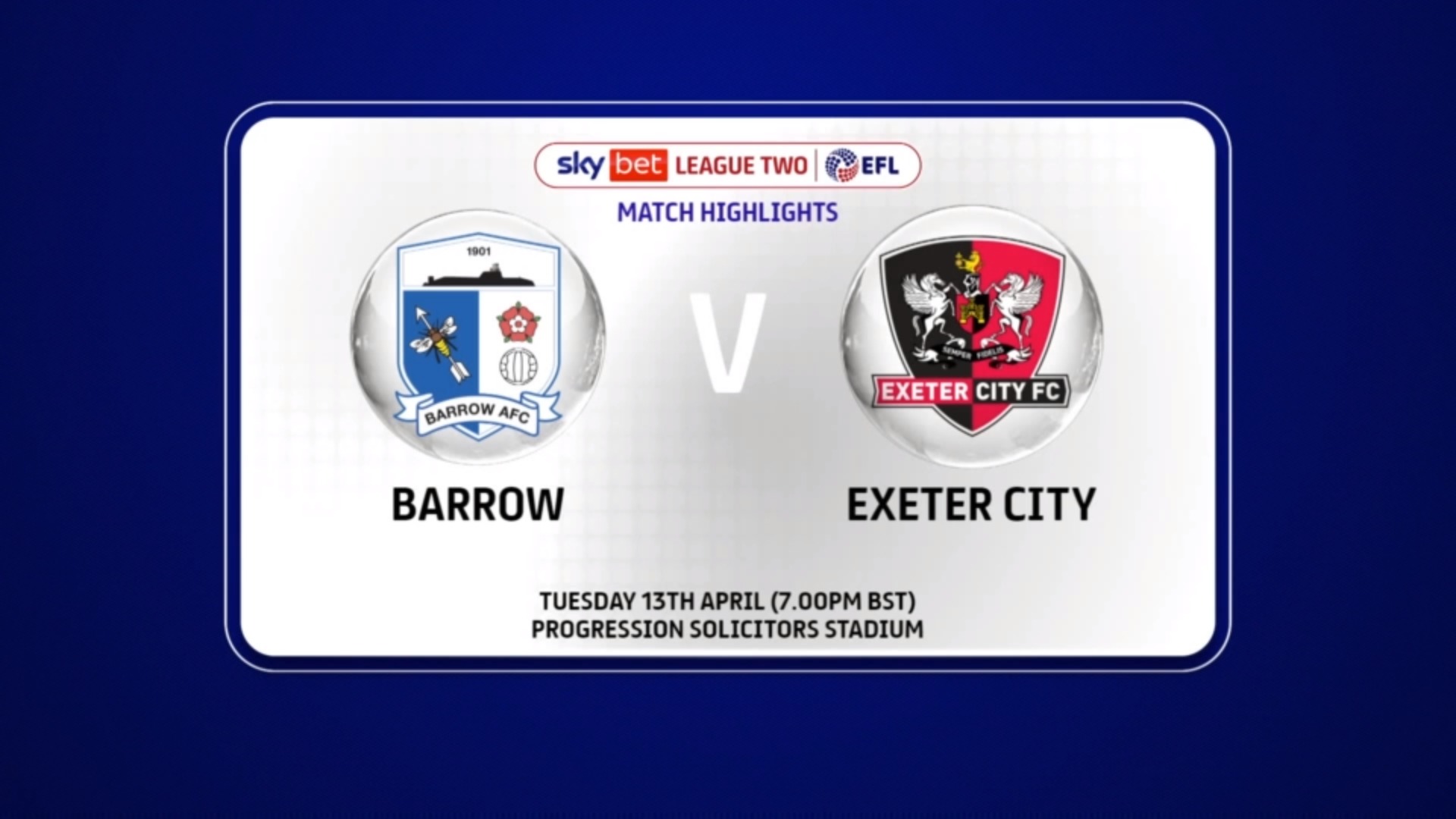 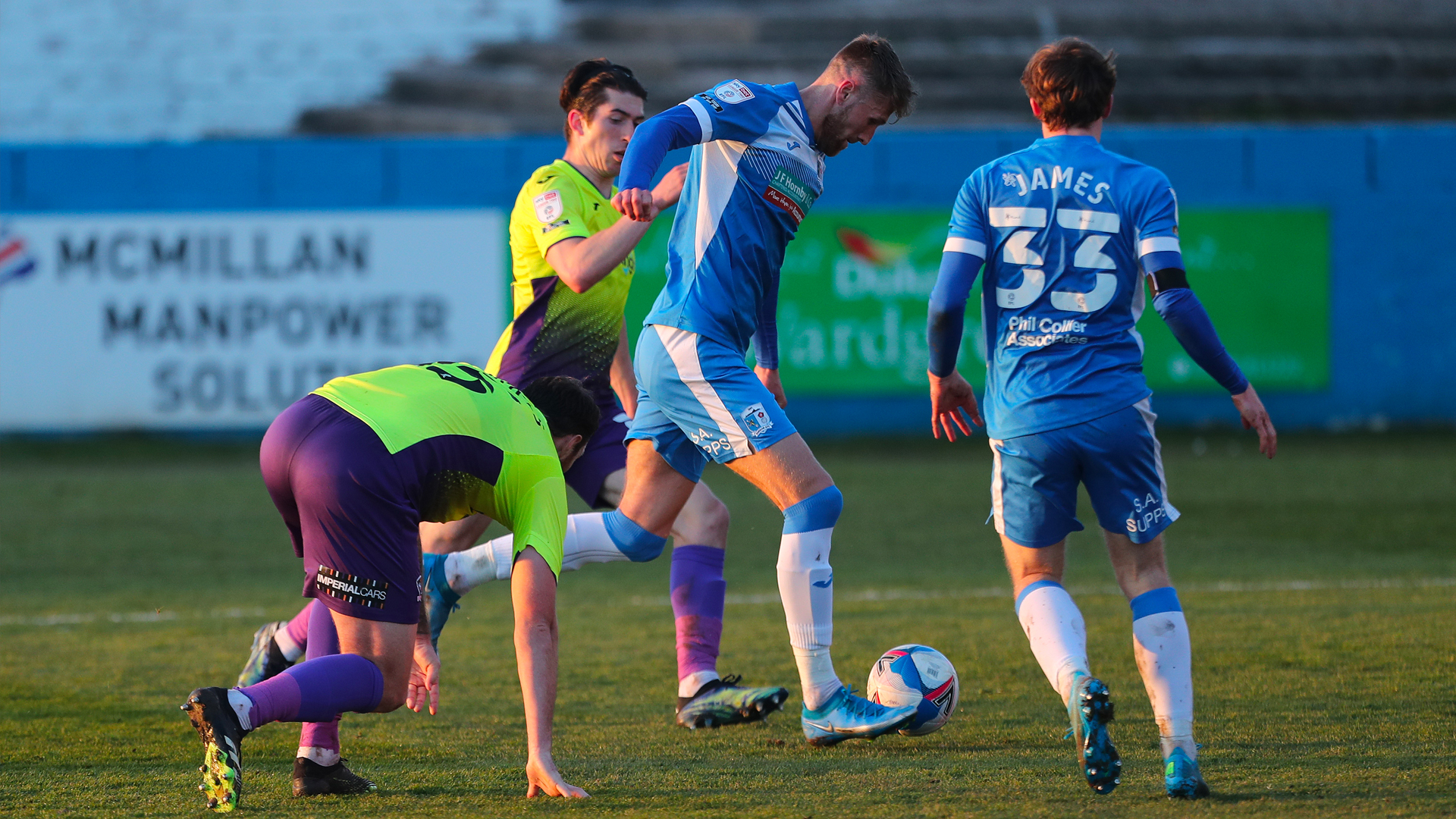