In Opposition
Salford City arrive at The Progression Solicitors Stadium this weekend looking to bounce back following back-to-back defeats in the FA Cup and League Two.

Saturday will mark the second leg of City’s Cumbrian double header and they will be hoping for better against The Bluebirds after being beaten at Carlisle United on Wednesday night.

The Ammies have clear ambitions to win promotion this season and decided upon a change in direction early in the campaign when Richie Wellens arrived to succeed Graham Alexander at the helm.

Wellens oversaw Swindon Town’s charge to the League Two title last term and he will be hoping to provide the magic touch at The Peninsula Stadium as the club looks to continue its high-profile journey up the divisions.

One To Watch
Ash Hunter provides a big threat down the flank from Salford City this term after making a permanent move from Fleetwood Town during the summer.

The 25-year-old spent the latter part of last season on loan with The Ammies and scored five goals I 11 appearances so news of him returning on a full contract in July was welcomed by supporters.

Hunter has made a similarly impressive start to the current campaign and has already hit the net six times during 2020/21 so Barrow’s defender’s need to try and keep him quiet this weekend.

Head To Head
Saturday’s game will be on the only the third competitive meeting between the two sides – and the previous two encounters have both gone with home advantage.

City’s last visit to Cumbria back in 2018 produced a stunning afternoon of football which was broadcast live on BT Sport and saw The Bluebirds claim an astonishing last-gasp win through Jacob Blyth’s header.

The game finished 3-2 in Barrow’s favour and is perhaps best remembered for Kemy Augustien’s outrageous volley which made it 2-1 in front of a packed Holker Street.

Referee
Tom Nield will make his first trip to The Progression Solicitors Stadium since October 2016 when he takes charge of this weekend’s game against Salford City.

The official was last in Barrow for our 1-1 draw with Macclesfield Town in the National League before being promoted to the EFL list of referees in 2017.

Nield has presided over 13 fixtures so far this term, most recently the televised FA Cup tie between Tranmere Rovers and Brackley which was won by the Birkenhead outfit.

Betting
Salford City have been installed as slight favourites for the victory on Saturday at a price of 11/8, while Barrow are rated a 15/8 shot for three points and the draw can be backed at 11/5.

Barrow were beaten on the day fans returned to The Progression Solicitors Stadium as Ash Hunter’s early second half goal was enough to give Salford City all three points.

The Bluebirds were arguably the better side throughout the contest and unquestionably created the better of the chances but found Ammies keeper Vaclav Hladky in inspired form for the visitors.

David Dunn opted to shake things up by making five changes to his line-up as Tom Beadling made a surprise return from a groin injury and Jayden Reid was handed his first league start for the Club.

The players were given a rapturous welcome from an excited crowd inside the stadium as they made their way out of the tunnel and on to the pitch.

Despite the atmosphere, the action was slow during the opening fifteen minutes with the only real drama arriving when the linesman was forced off with an injury and the Fourth Official was forced to take the flag.

Scott Quigley attempted to breathe life in to proceedings with a smart turn and shot from distance but his left-foot effort lacked the power to trouble Vaclav Hladky in the City goal.

At the other end Joel Dixon had to be alert to prevent the visitors stealing the opening goal when a left-wing corner was flicked on at the front post but the Barrow keeper was well-placed to collect.

There was a controversial moment on 21 minutes when Luke James nodded the ball in to Quigley’s path and he travelled in to the area before going down under pressure from a defender. The crowd made it clear they thought a penalty should have been awarded but instead the referee showed the Bluebirds striker a yellow card for diving.

Quigley continued to cause problems though and the next time he got possession in the box he did well to engineer a shooting opportunity but his low drive was well blocked by Hladky.

The Czech stopper pulled off an even better save just after the half-hour mark when the ball sat up nicely for Quigley to volley twenty yards from goal but this time Hladky somehow turned it round the post just as it looked set to nestle in the top corner.

There was more great work from Hladky in first half injury-time when Quigley again got the better of the Salford defence down the left but the keeper made a fine save with his feet before Reid fired the rebound over.

Having shaded the first period, Barrow found themselves behind inside five minutes of the restart as City grabbed a goal out of nothing. The dangerous Ash Hunter got possession on the left and cut back on his right foot before delivering a wicked looping ball in to the box which cannoned off the far post and in to the net.

Barrow could have been level within a minute when some good football opened up The Ammies defence and gave Quigley an opening, but he dragged his shot wide from just inside the box.

James then came even closer when he turned brilliantly on the edge of the box to find space to let fly with a low drive which flew agonisingly wide of the left-hand post.

It was then Hladky who came to Salford’s rescue again as Kay’s free kick in to the box dropped kindly for Reid but the loan star’s low drive was brilliantly blocked by the in-form keeper.

City could have extended their lead on 77 minutes when Ibou Touray got forward on the left but his low shot across goal was well parried away by Dixon and Barrow were able to clear.

There was an almighty scramble inside the City area deep in stoppage time as Barrow caused problems from a corner but the fact the ball didn’t end up in the net summed up a luckless afternoon for The Bluebirds.

Fans are reminded that they only have until 4pm on Friday to collect Season Tickets if they want to attend Saturday's game against Salford City.

We’ve reopened the offices at The Progression Solicitors Stadium to allow fans to come and collect their Season Ticket cards from main reception.

Restrictions have now been eased on supporters attending football matches and we’re looking forward to welcoming Season Ticket holders only for this Saturday’s pilot event against Salford.

Fans who live outside Ulverston will now have had their Season Tickets posted to them Signed For 1st Class.

All other supporters will need to collect their Season Tickets by the 4pm on Friday – there will be NO OPPORTUNITY to collect on matchday itself due to the safety protocols we have in place.

The reaction from fans has been magnificent and we now have just over 100 Season Tickets remaining for collection ahead of the weekend.

If you have any issues then please contact Anya at the Club on a.wood@barrowafc.com who will be able to provide you with some help. 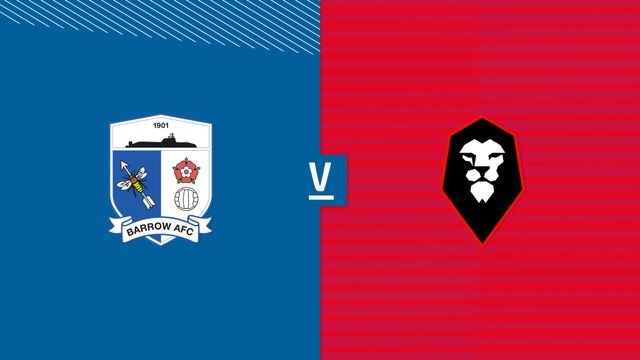 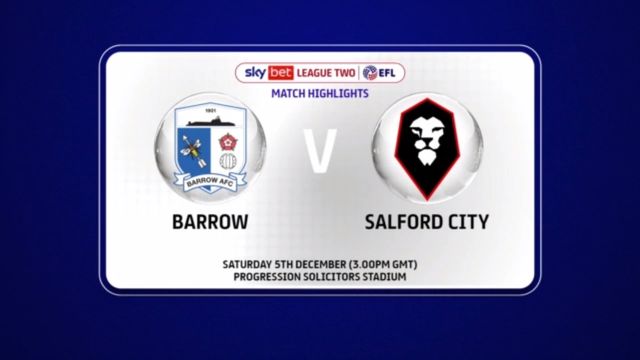 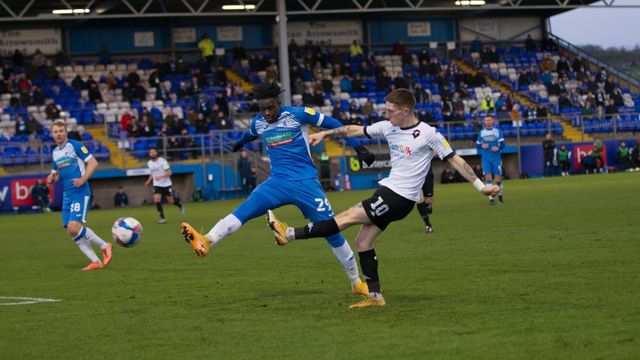