Take a look at everything you need to know ahead of tonight's big game with our full and in-depth preview of the action.

In Opposition
Morecambe have had a mixed start to the new League Two campaign and lie 14th in the table ahead of tonight’s meeting with Barrow at The Mizouma Stadium.

Derek Adams’ side have won just one of their last nine League Two outings but were boosted at the weekend as they defeated Solihull Moors in the FA Cup to set up a Third Round trip to Chelsea.

The Shrimps home form has been a cause for concern to Adams, with their sole league victory on home soil coming at the beginning of October when they overcame Port Vale 1-0.

However, their excellent form on the road where they have already won four times, has meant they have kept themselves within touching distance of the top seven and sit just three points shy of play-off spot ahead of kick-off tonight.

One To Watch
Morecambe fans were delighted when it was confirmed that midfield star Adam Phillips had returned to The Mazuma Stadium on a season-long loan deal.

The Burnley man scored four goals in 11 starts for The Shrimps in a loan stay during the second half of last term and he’s had a similar impact at the beginning of 2020/21.

The 22-year-old is Morecambe’s top scorer with seven goals in all competitions so far and five of those have come in League Two so Barrow will have to keep a close eye on him tonight.

Head To Head
Whilst the two teams have played each other in pre-season competition, this evening’s encounter will be the first time they have ever met in the Football League.

You have to go back more than 20 years for the last time the two clubs shared a division and that was when they were in the fifth tier together and both fixtures went in favour of the home side.

The Bluebirds have a decent enough record in Morecambe over the years at The Shrimps’ previous Christie Park home – they won on 14 of the 27 times they visited.

Referee
Thomas Bramall will be the man in the middle for tonight’s derby action as Barrow make the trip to face Morecambe at The Mazuma Stadium.

The official is now in to his third season on the EFL’s list of referees and has so far taken charge of 12 games this term, mainly operating in League One.

Betting
The bookies are struggling to separate the two teams and have Morecambe ranked as a 7/4 shot for victory and Barrow at 29/20, with a draw priced at 9/4 with our friends at Sky Bet.

Barrow suffered frustration in the derby at Morecambe as a controversial early red card for Sam Hird contributed to a 1-0 defeat at The Mazuma Stadium on Tuesday evening.

The Shrimps had already taken the lead through Carlos Mendes Gomes’ neat finish when Hird was shown a straight red card on 15 minutes for an alleged handball which gave The Bluebirds a mountain to climb.

They kept themselves in the game and created the better of the chances after the break but could not find a route to goal and were left to contemplate defeat in their first EFL meeting with their rivals.

The hosts began at a high tempo and they engineered a couple of early chances as first Kelvin Mellor’s drive was well blocked by Joel Dixon before Nathaniel Knight-Percival volleyed just over from the resultant corner.

Barrow showed their teeth on seven minutes when Scott Quigley turned swiftly just inside the Morecambe half and drove towards the edge of the box before sending a low drive just wide of the right-hand post.

The home side continued to look the most threatening though and Dixon had to save superbly at the feet of Adam Phillips after he went through on goal, while Matt Platt produced a great block to prevent Cole Stockton from scoring in the aftermath.

The breakthrough arrived on 12 minutes though as Carlos Mendes Gomes was fed through on goal and he showed great composure to round Dixon before slotting the ball in to the net.

It turned in to a double setback for The Bluebirds on 15 minutes when Sam Hird went to ground under pressure from Mendes Gomes but was adjudged to have deliberately handled as he fell. After consultation with the linesman, the referee showed a red card to the Barrow centre-back.

There was a definite edge to proceedings after that and a high challenge from Shrimps man Harry Davis left Luke James needing treatment to his shin and prompted the referee to flash yellow when some were calling for a red.

Morecambe should have doubled their lead three minutes before the break after the stormed away down the left wing and crossed to the arriving Mellor but he nodded a header wastefully wide.

Quigley came close to levelling things up just before the interval when he again did well to find space on the edge of the area with a determined run but his shot was deflected wide by a defender.

The sides exchanged blows at the start of the second half when Cole tested Dixon with a powerful drive from the left corner of the box which the keeper did well to parry, before Quigley worked his way in to the right side of the box to hit a low shot which was saved by Shrimps stopper Mark Halstead.

There was a huge shout for a penalty on the hour as Quigley once again caused problems for the Morecambe rear-guard and he appeared to be tripped as he chopped inside but the referee was well placed an uninterested.

David Dunn threw the dice just afterwards, bringing on Dior Angus and Jayden Reid – and the pair immediately combined to engineer an opportunity on the right corner of the penalty area but Angus drilled an effort across goal and wide.

Quigley came close again midway through the second half when he turned on goal 20 yards out and hit a powerful low shot which grazed the base of the left-hand post on its way wide.

With Barrow pressing to try and find a leveller it left gaps for Morecambe and they came close a couple of times on the break when substitute A-Jay Leitch-Smith fired wide and then Stockton headed over.

Platt had an opening with three minutes remaining when he got on the end of a left-wing corner in to the box but he got underneath it and sent his close-range header too high. 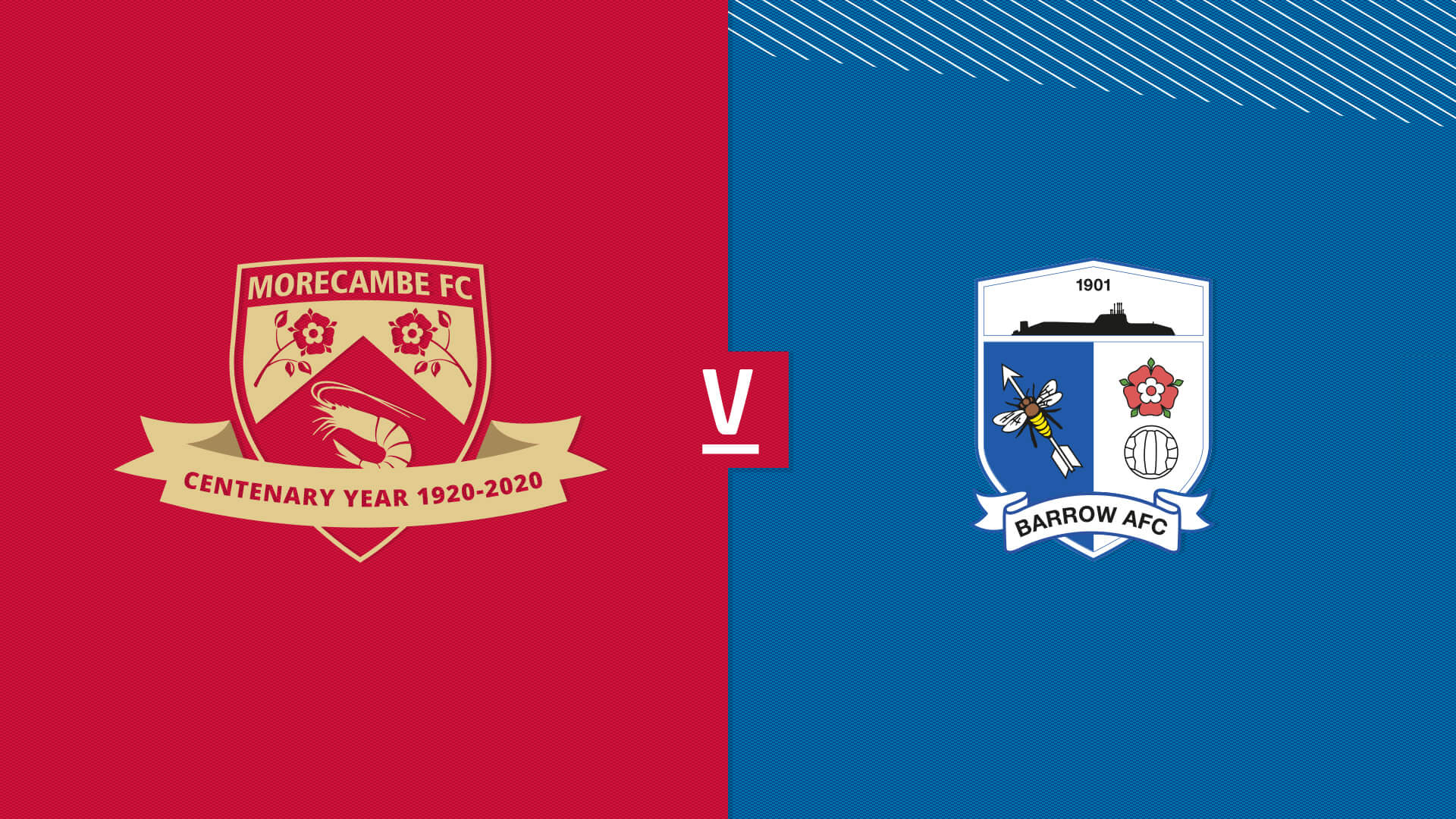 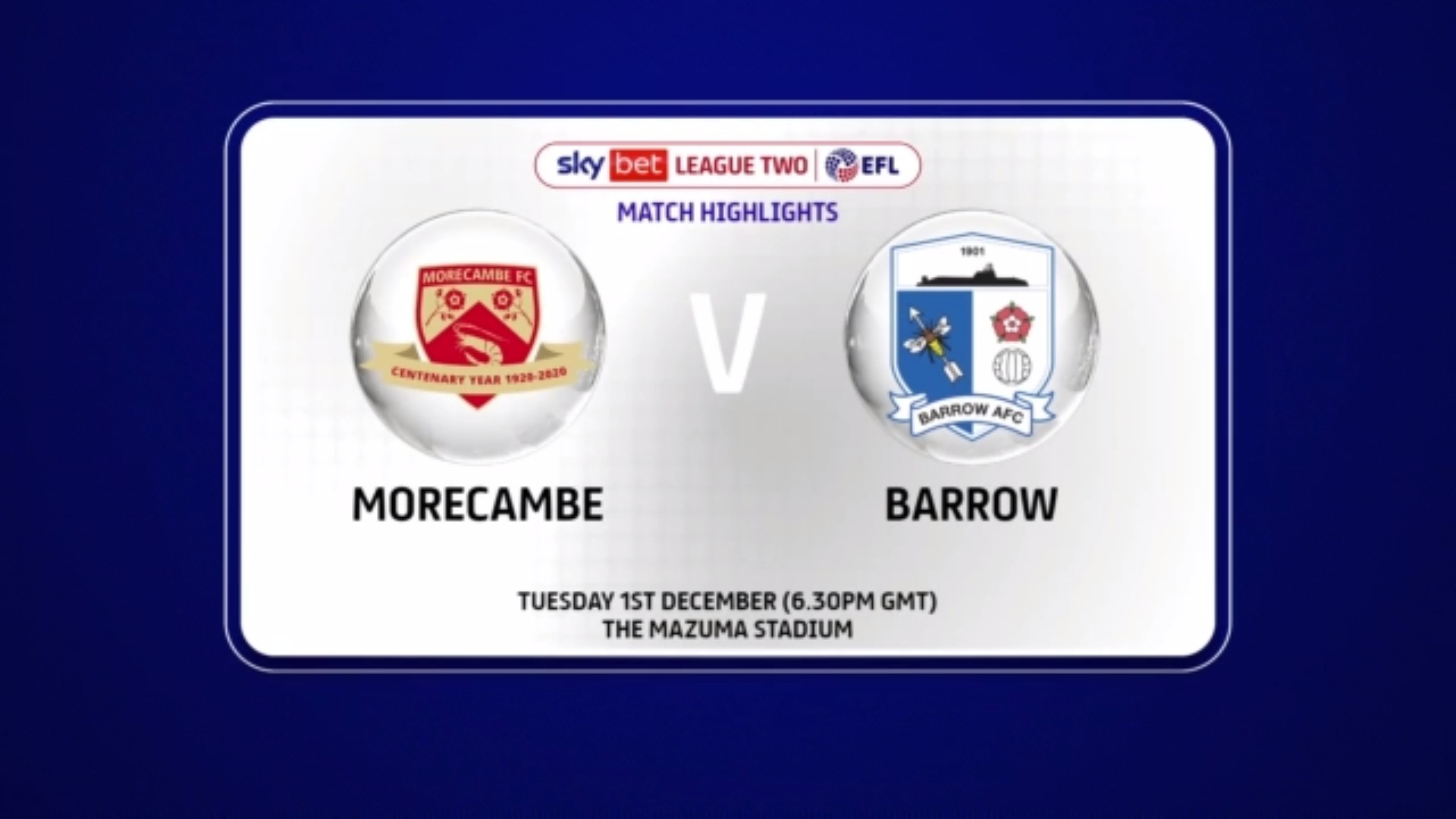 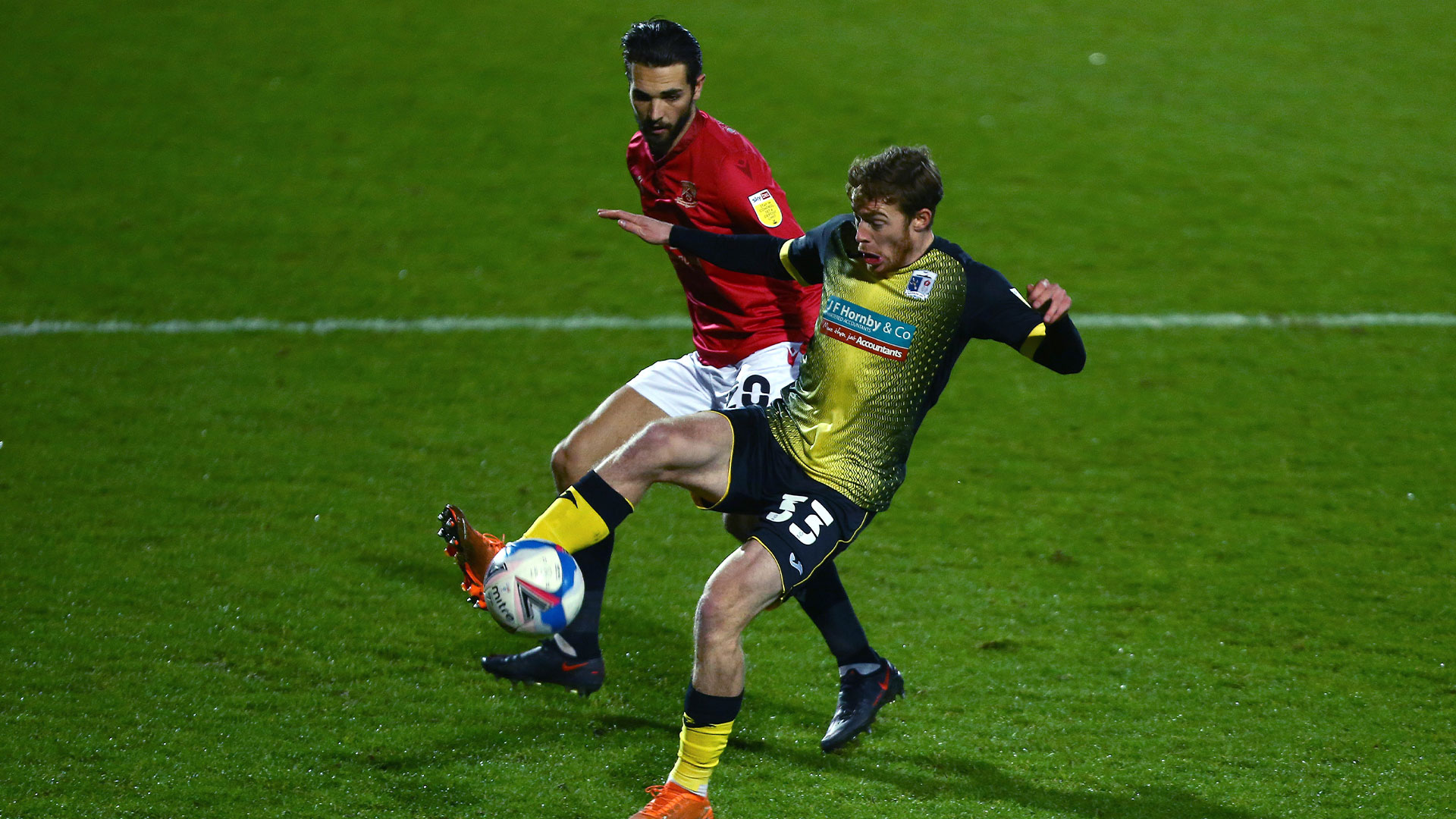