In Opposition
Cambridge United quickly emerged as one of League Two’s dark horses this season after getting off to a wonderful start which saw them taste defeat just once in their first nine games.

Mark Bonner was appointed as their permanent Head Coach last March following the departer of Colin Calderwood and his remit was to build a more attacking and entertaining side.

He could hardly have done a better job so far, with The Abbey Stadium outfit sitting proudly at the top of the table and among the highest scorers in any division across the land.

Back-to-back away games this week will offer Bonner’s men a significant challenge but if they can come through that test still sitting top of the pile they will feel really confident for what lies ahead.

One To Watch
Former Liverpool youngster Paul Mullin has been one of the main factors behind Cambridge United’s excellent campaign so far and the front man leads the way in League Two with 18 goals this term.

Indeed, the intelligent and mobile forward has hit the net 20 times in 30 games in all competitions, having joined the club permanently during the summer following a successful loan.

Mullin has struck up a dangerous partnership with Joe Ironside, who also hit double figures for the season when he scored in the win over Crawley Town last weekend.

Head To Head
This weekend’s game will be the 16th competitive encounter between Barrow and Cambridge United and it’s fair to say that the visitors have had the better of it over the years.

The U’s have triumphed in 10 of their previous 15 encounters with The Bluebirds, including a 4-1 win in their last trip to Cumbria back in September 2012.

Barrow’s last win over Cambridge came back in August 2009 when goals from Carlos Logan and Jason Walker secured a surprise 2-0 triumph at The Abbey Stadium.

Referee
The experienced Graham Salisbury will be on the whistle at The Progression Solicitors Stadium this weekend in what will be his first visit of the season.

Salisbury is now into his 20th season on the EFL list of referees and, as such, is among the most respected officials on the circuit.

He has presided over 18 games at various levels so far this term with his most recent fixture coming at Stevenage in midweek as he oversaw Exeter City’s 1-0 victory.

Betting
Barrow are an 11/8 shot in the minds of the bookies this weekend, with visitors Cambridge United are rated 9/5 and the draw is priced up at 23/10 with our friends at Sky Bet.

Live Streaming
Match Passes to watch Saturday’s game live on iFollow Barrow are now available so that you can enjoy every minute of the game against Cambridge United.

Barrow fell to a defeat on home soil for the first time since December as Cambridge United consolidated their position at the top of League Two with a 2-0 victory in Cumbria.

The division’s top marksman, Paul Mullin fired in The U’s opener towards the end of the first half before his striker partner, Joe Ironside nodded in a second near the end to consign The Bluebirds to defeat.

Michael Jolley opted to make three changes to his line-up as Jamie Devitt and Dion Donohue were both handed full debuts, while Chris Taylor came back into the centre of midfield.

A scrappy start to the game on a tricky playing surface provided little in the way of clear-cut chances early on; Josh Kay came closest on six minutes, but his shot took a deflection which absorbed all the venom and Cambridge keeper Callum Burton gathered comfortably.

Debutant Devitt was looking the liveliest player in Barrow colours and he produced a wonderful turn with his back to goal which provided him with the space to let fly with a powerful drive from twenty yards, but it flashed wide.

The U’s slowly began to warm to their task and showed their teeth for the first time on 21 minutes when clever play from the evergreen Wes Hoolohan teed up Harrison Dunk, but his low drive was well parried away by Joel Dixon down low to his left.

Cambridge continued to improve as the half wore on and they snatched the lead two minutes before the break and it was no surprise to find Hoolohan at the heart of it. The former Republic of Ireland star ghosted into the area from the right and found Paul Mullin and The U’s top scorer found just enough space to drill a low shot in to the bottom right hand corner of the net.

The goal gave the league-leaders a swagger in the closing minutes of the opening period, Adam May launching another shot on goal from distance which was held by Dixon before Mullin fired just over deep into injury time.

Barrow made a double change at the break with Lewis Hardcastle and Dan Bramall introduced and they started the second half on the front foot as Scott Quigley got a shot away which was held by Burton.

However, The Bluebirds soon had some defending to do as Hoolohan continued to pull the strings; Kyle Knoyle burst forward from full-back and fizzed a ball across goal which Joe Ironside threw himself at but could not divert goalwards at the back post.

The U’s continued to ask questions though and there needed to be some desperate defending to block shots from May and Greg Taylor as the visitors looked menacing.

Barrow recovered from composure as the hour-mark passed and Hardcastle came close to levelling when he cut inside from the left and struck a low right-foot shot but it went wide of the near post.

Cambridge remained a threat though and Knoyle got forward well down the right and got the better of Patrick Brough before delivering a low ball in to the path of Mullin but this time he fired his shot too high.

Bramall tried to pull Barrow level ten minutes from time when he ducked inside from the right but his well-struck shot flew off-target.

The U’s made sure of the points six minutes from time though. A corner was played short to Hoolohan, he found Knoyle on the edge of the box and his lofted cross was nodded home by Ironside for 2-0. 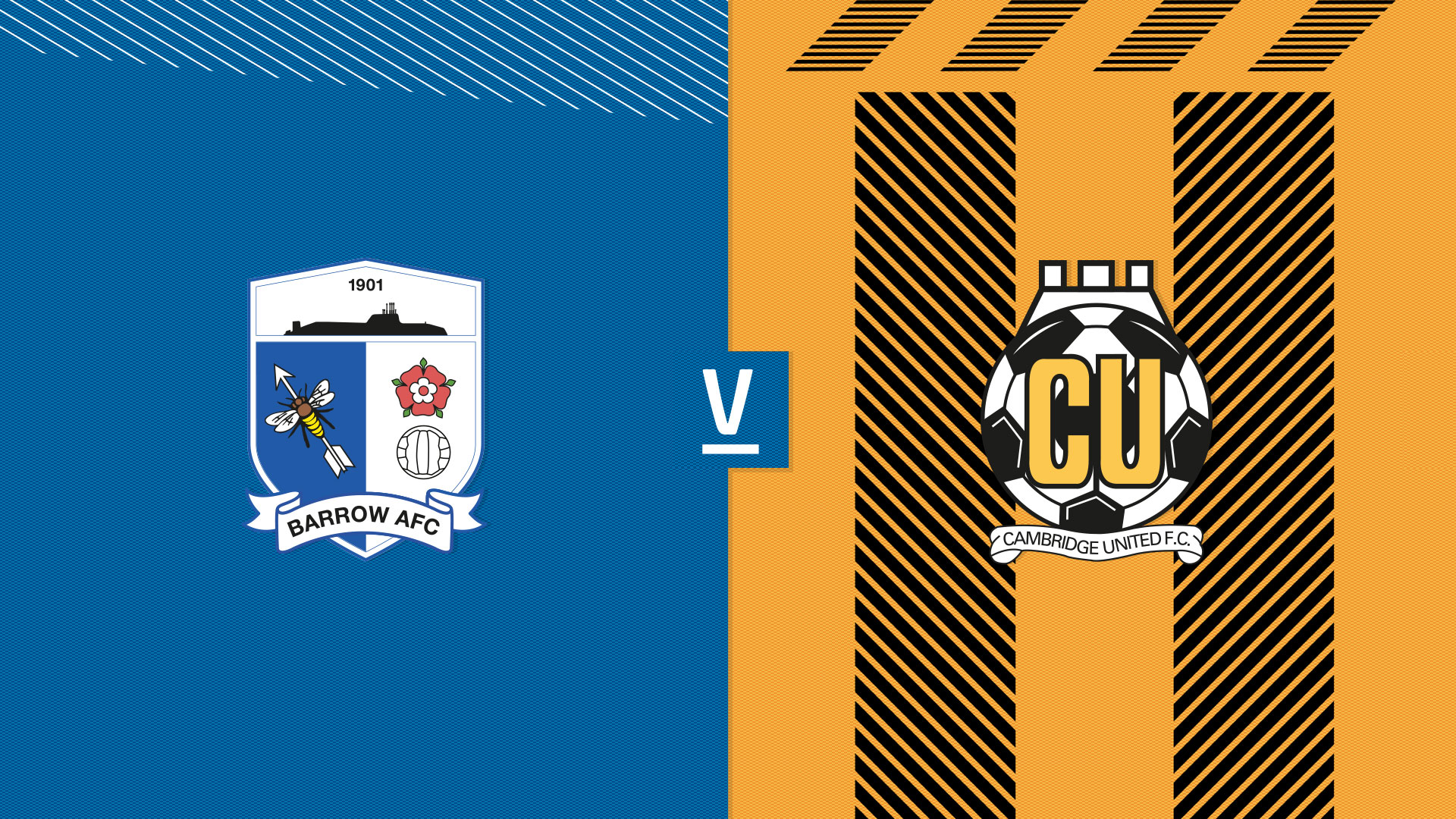 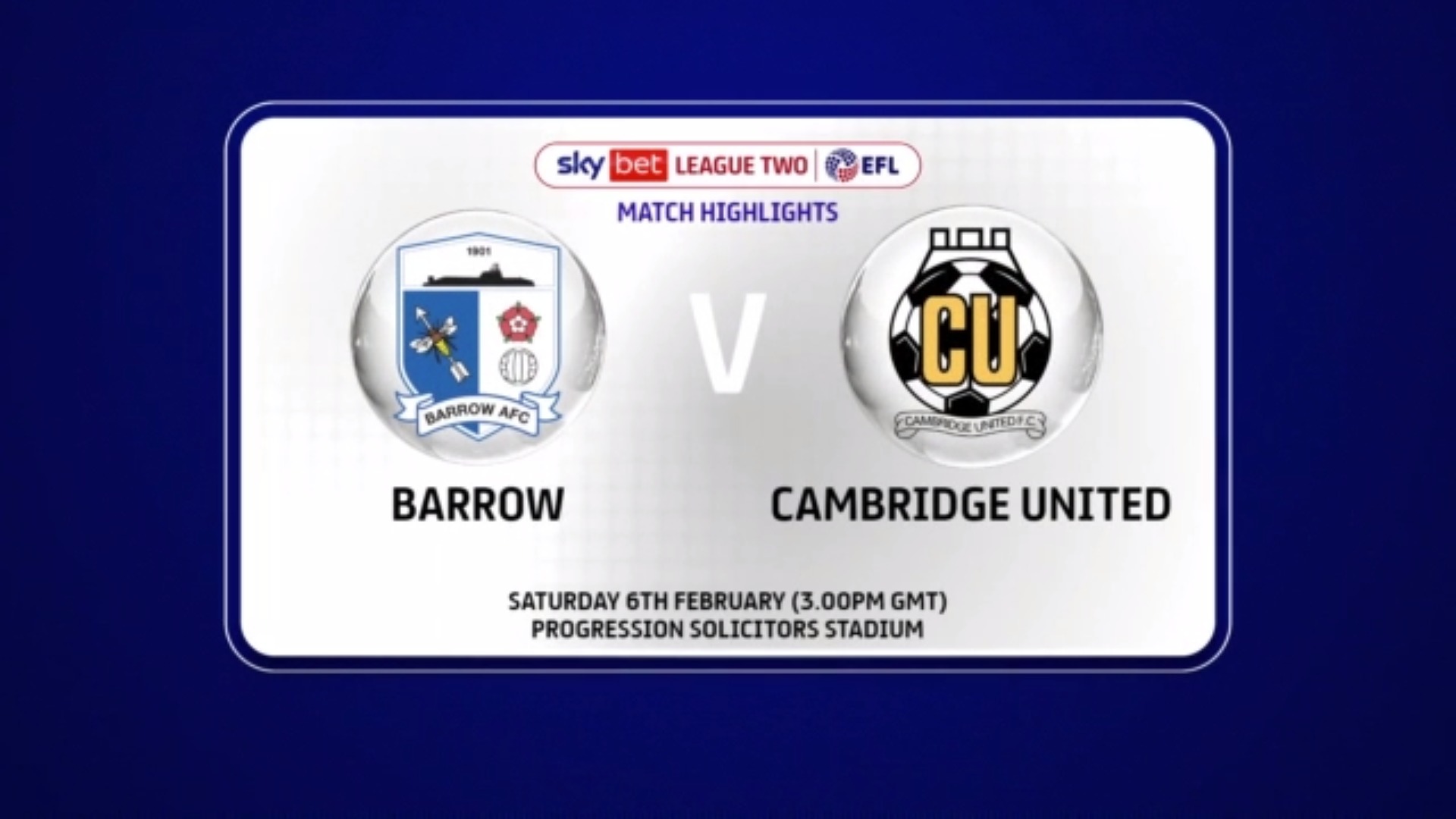 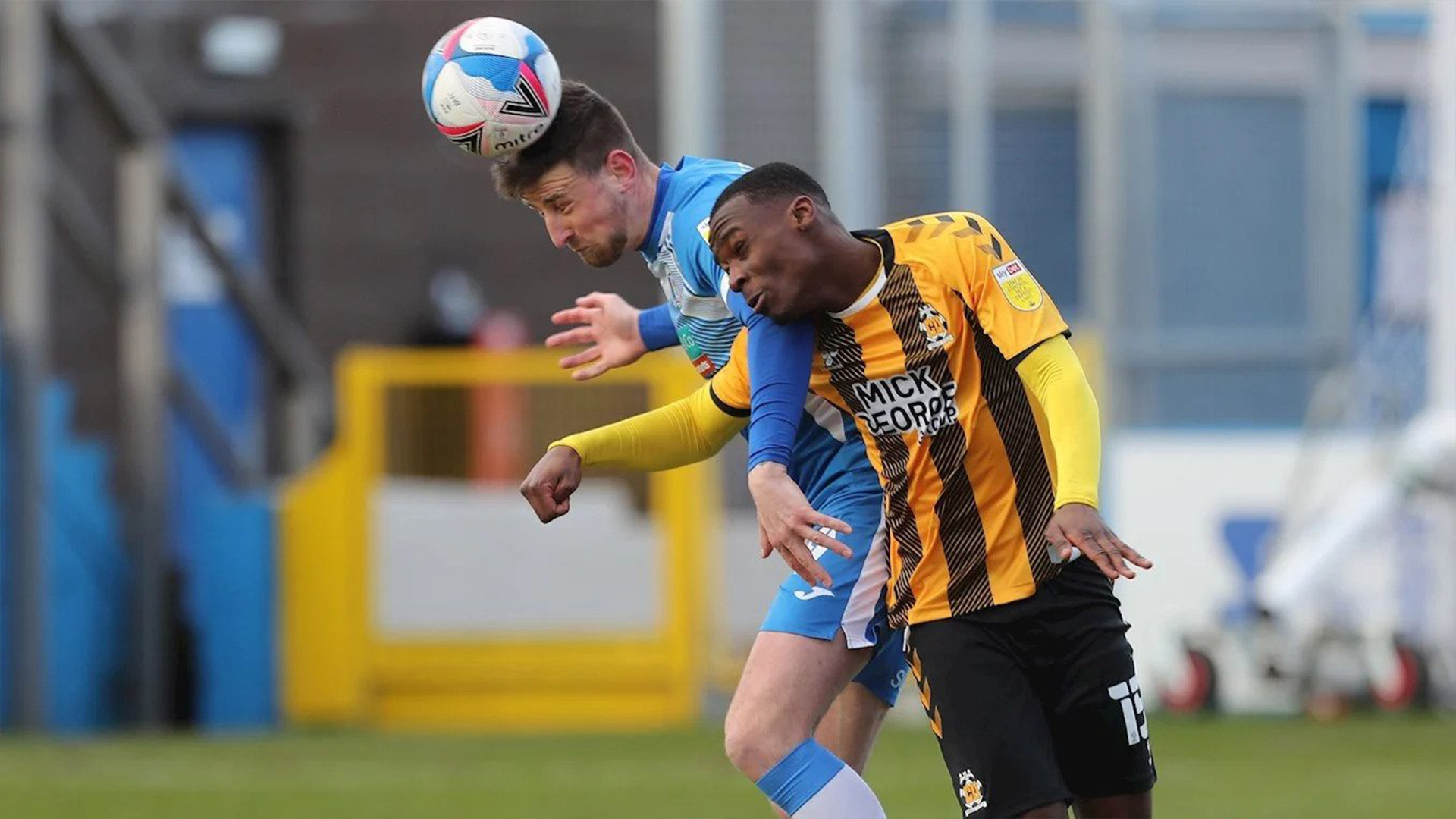