Barrow slipped to a fourth successive defeat at Morecambe took the derby honours with a 2-1 victory at The Progression Solicitors Stadium on Saturday afternoon.

Aaron Wildig put the visitors in front with a header in the first half but Scott Quigley levelled for The Bluebirds midway through the second half, only for Kelvin Mellor to drive home a winner just a minute later.

A strong wind led to a scrappy opening to the game, but it was the visitors who settled first and began to look the most likely to find a breakthrough.

Aaron Wildig provided the first moment of real menace when some good football saw him find space on the right of area before flashing a dangerous ball across the face of goal and wide.

Cole Stockton then tried his luck from a long-range free kick, making a decent contact but not really troubling Joel Dixon who had it covered as it flew past the post.

The Shrimps came even closer from a free kick midway through the half when Carlos Mendes Gomes struck a show from 22 yards which cannoned off the post before Dixon made an excellent save to deny Stockton from the rebound.

The goal had been coming and it duly arrived on 24 minutes. Stockton had been a threat and he powered his way through the penalty area to the byline on the right side before scooping a ball across to the far post for Wildig to nod home.

Stockton then took advantage of an error on the halfway line to drive through on goal but Dixon came to the rescue again as he went down bravely to smother at the Morecambe striker’s feet.

Barrow did manage an effort on 34 minutes when Dion Donohue whipped in a teasing corner from the right, but James Jones nodded too high from close range.

Scott Quigley was found well down the right wing and worked hard to fizz a cross in to the front post for Jamie Devitt but he couldn’t get a clean shot away under pressure and the visitors survived.

The Bluebirds made a change at half time as Mace Goodridge was introduced and they came out with a new intent, Josh Kay getting a shot on goal within the first 60 seconds which was just about parried round the post by keeper Kyle Letheren.

The visitors continued to break with menace and Stockton came close to doubling their lead 11 minutes after the break when he won possession and drove towards goal, only to see his curling effort saved by Dixon.

The Barrow keeper was called upon again just a minute later as Jolley’s men again afforded Wildig some space, but his shot lacked the power to really trouble Dixon.

The Bluebirds then came agonisingly close to levelling things up when Morecambe were unable to fully clear their lines and Kay struck a powerful volley which looked destined to find the net before keeper Letheren got a fingertip to it to turn it against the post.

Dixon was then immediately back to centre-stage at the other end as Morecambe raced away on the counter-attack to play Mendes Gomes through on goal but this time the Bluebirds keeper was out quickly to brilliantly block the shot.

Kay was having an influence for Barrow and he played a key role in the equaliser as he ran in behind down the left onto Patrick Brough’s perfect pass and, when Kay’s low cross was cleared only as far as Scott Quigley, the front man took a touch and fired it home.

The elation was short-lived for Barrow though because another moment of indecision at the back allowed Kelvin Mellor the chance to drill The Shrimps back in front just a minute later.

More good work from Kay down the left provided a chance for Luke James, just on from the bench, and the striker turned swiftly to engineer a shot on goal, but it lacked the venom to trouble Letheren.

As time ticked away, Quigley did well to slalom through a couple of challenges into the area and flash a ball across goal but James just couldn’t stretch enough to get on the end of it and Morecambe were able to scramble it clear. 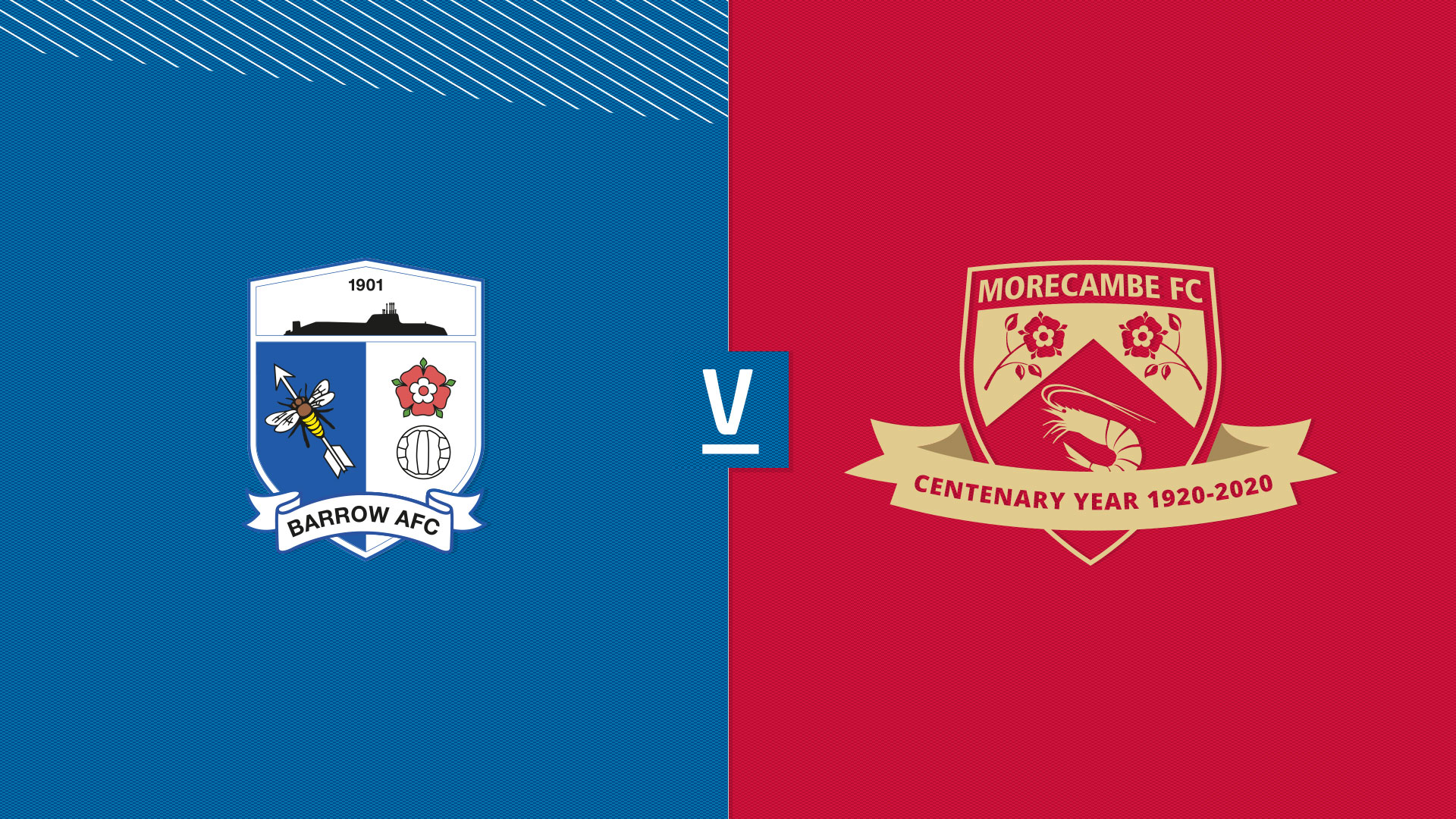 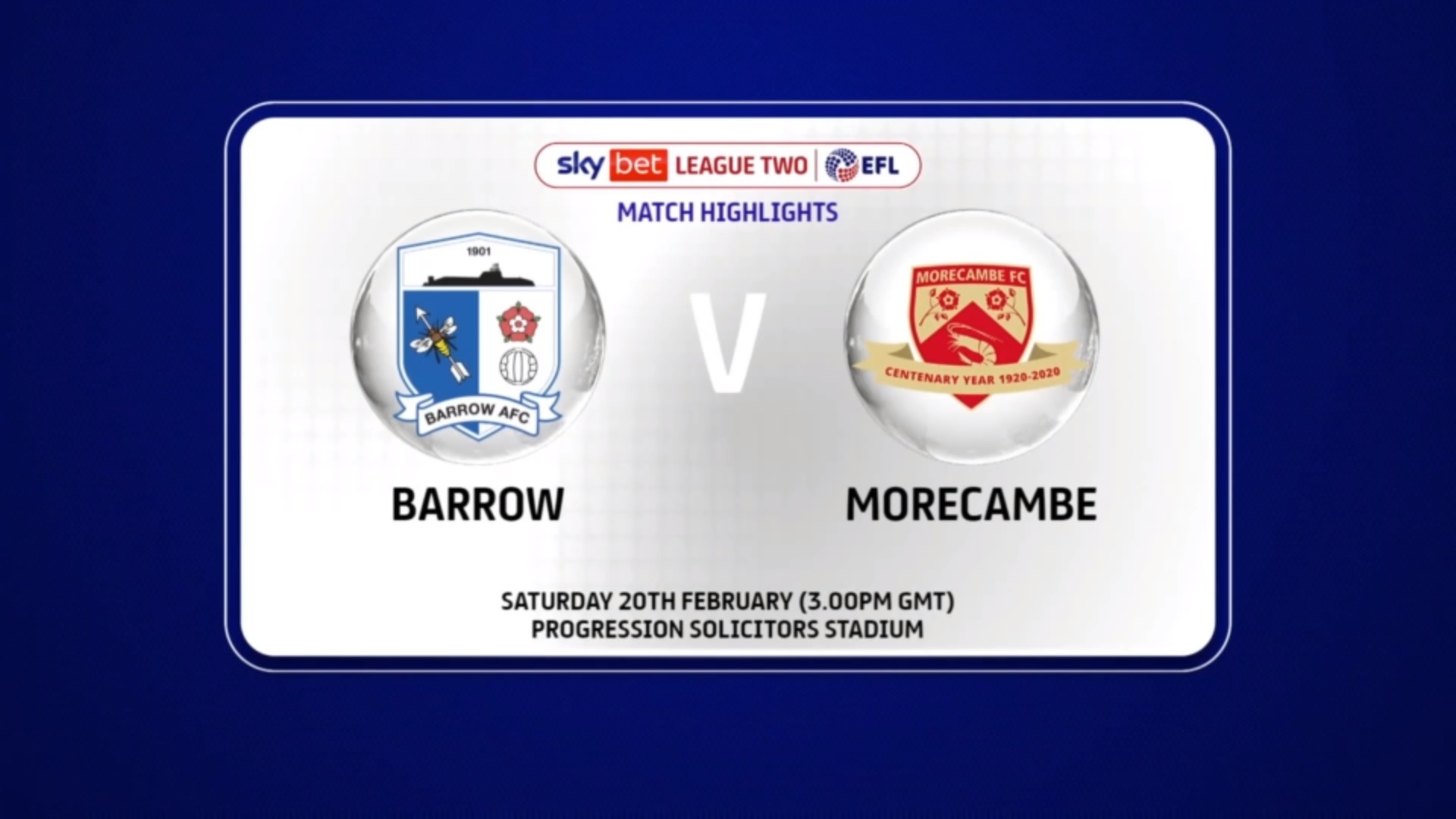 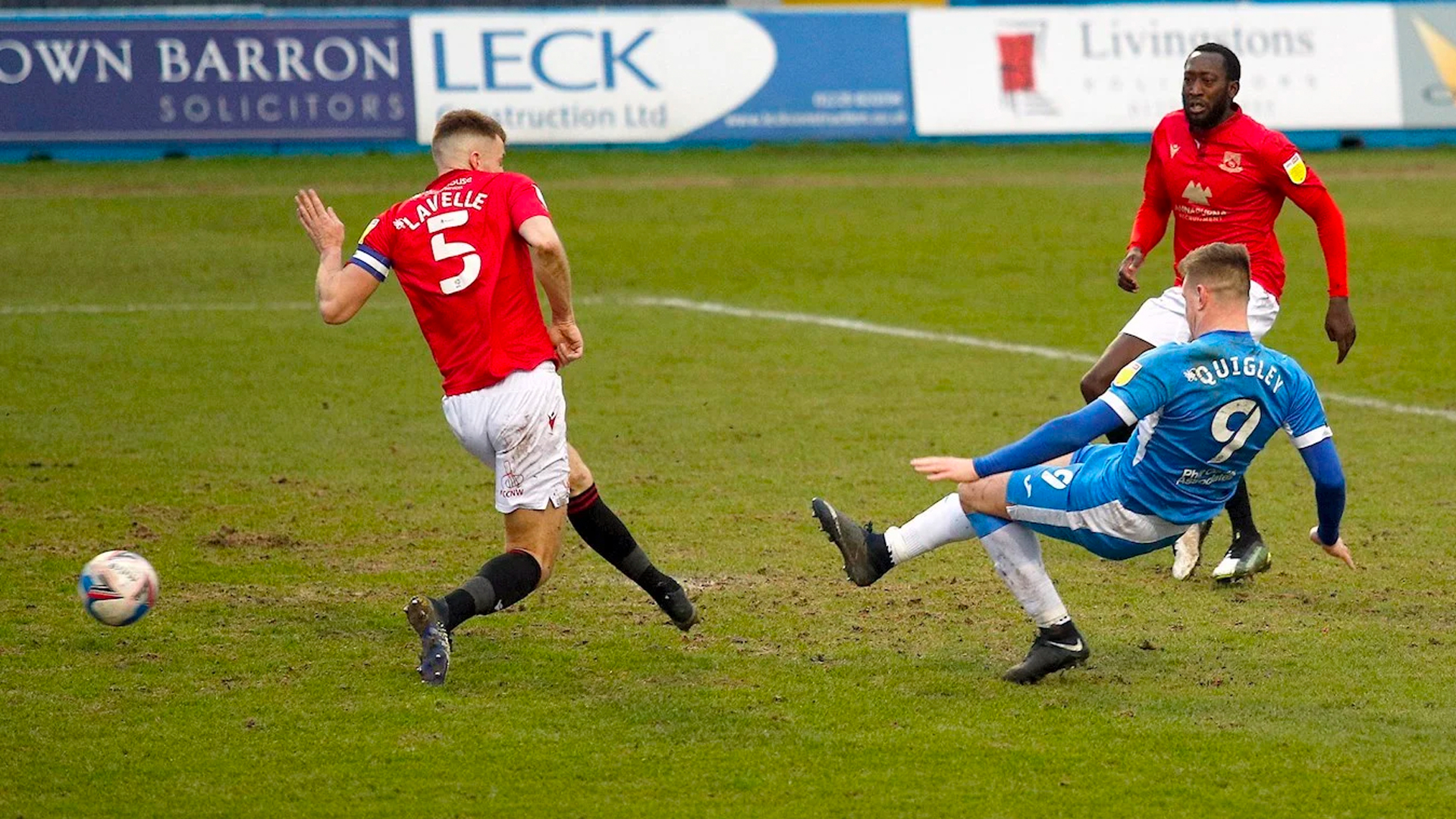