We take a closer look at the action ahead of this evening's League Two trip to Boundary Park.

In Opposition
Oldham Athletic have been the side to watch if you want guaranteed goals this season, with Harry Kewell’s side involved in some thrilling encounters throughout 2020/21.

There are only a couple of sides in the division who have scored more than their 46 league goals this season, but they have also conceded 52 which is by far the highest in League Two.

Oldham don’t tend to mess around with draws, they prefer to get on the front foot looking for victory and only five of their 28 league games this term have ended all-square.

The Boundary Park outfit have recovered from a poor start to move in to a relatively comfortable 17th position ahead of tonight’s game but they will be hoping to keep on climbing in the coming months.

One To Watch
Conor McAleny has hit a rich run of form since joining Oldham Athletic during the summer and is The Latics’ leading scorer with 16 goals in all competitions this term.

The 28-year-old forward is enjoying one of his best ever campaigns and his goals will be a key factor as they look to continue climbing the League Two table.

A former Everton youngster, McAleny joined Athletic from Fleetwood Town in August and the Barrow defence will need to keep a close eye on him during this evening’s encounter.

Head To Head
Tonight will be the first time Barrow have been to Boundary Park since a 1-1 draw in the First Round of the FA Cup back in November 2001 – The Latics won the replay 1-0 at Holker Street.

It’s not been the happiest of venues for The Bluebirds in the past having only won eight times there in the previous 37 visits.

Athletic have won three of the last five encounters between the sides, including their 4-3 win in Cumbria in November, while you have to go back to October 1968 for Barrow’s last triumph.

Referee
Michael Salisbury will take charge of his first Barrow game of the season when he’s on the whistle for tonight’s encounter with Oldham Athletic at Boundary Park.

The official is now in to his fifth season on the EFL’s list of referees and has overseen 15 games this term, his most recent coming at the end of January when Rotherham United won 3-0 at Middlesbrough.

Salisbury last saw Barrow in action on the opening day of 2015/16 when he was the man in the middle for our 2-1 win over Dover Athletic at Holker Street.

Betting
Oldham Athletic are 11/8 favourites for three points this evening, with Barrow rated a 7/4 shot for victory at Boundary Park and the draw priced up at 12/5 with our friends at Sky Bet.

Live Commentary
We will also provide an audio commentary of the game as we link up with Oldham Athletic for their live coverage, due to BBC Radio Cumbria being prevented from travelling due to COVID-19 restrictions.

Scott Quigley fired home an 89th minute winner as Barrow climbed out of the bottom two with a richly deserved triumph at Oldham Athletic.

The forward had terrorised the Latics defence all night before charging through on to Jamie Devitt's superb through ball to rifle home the only goal of the game.

Rob Kelly, in caretaker charge following the departure of Michael Jolley, brough Jason Taylor back in from the cold and restored Luke James in attack. Josh Kay pulled out with a hamstring injury during the warm-up so his place in the starting eleven went to Kgose Ntlhe.

Barrow started at a high tempo and almost forced a mistake from Oldham keeper Ian Lawlor insider three minutes as he charged out to clear and succeeded only in blasting the ball against the back of a defender but it fell safe.

It set the tone though and the partnership of Scott Quigley and Luke James was a constant menace for the hosts during a high quality first half from Rob Kelly’s men.

They almost got a little bit fortune on seven minutes when former Latic Neal Eardley sent a looping cross into the box from the right which almost embarrassed Lawlor who had to backtrack quickly to claw it away from under his cross bar.

Oldham showed their teeth when a ball down the right channel freed top scorer Conor McAleny who turned smartly to fire an effort on goal but it was well dealt with by Joel Dixon.

At the other end another ball forward stuck for Barrow as James twisted and turned in the penalty area and only a last-ditch block from a defender saw his shot flash wide.

Quigley then took advantage of some sloppy play on the halfway line to seize possession and drive towards the edge of the area before letting fly with a powerful drive which was well held by Lawlor.

McAleny then popped up in space on the left and darted infield to shoot on goal but his well-struck show flew across goal and wide as the sides went in level at the break.

The hosts began the second half with a little more purpose and could have gone in front when Serhat Tasdemir seized on some indecision at the back only to volley wide from the edge of the box.

The Bluebirds continued to pose a threat on the break though, as highlighted when more good play from James set up Quigley to strike on goal but his shot lacked the venom to trouble Lawlor.

There was no such lack of power in Quigley next effort on goal as he twisted on to his left foot 22 yards out and unleased a rocket with his left foot which crashed off the underside of the bar, bounced down and then back up on to the bar for a second time before coming out. The players appealed that it had crossed the line but the officials were unmoved.

McAleny looked Athletic’s most likely threat at the other end and he unloaded from distance after turning well but Dixon got down well to parry it away to safety.

Ollie Banks, enjoying his most impressive performance in a Barrow shirt, almost capped his display with a 30-yard free-kick which whizzed across the sodden grass only for Lawlor to pull off an excellent save down low to his right.

The game edged towards a finish with both sides sensing there was a chance to snatch a winner; substitute Jamie Devitt almost provided it when his low effort was again blocked by the overworked Lawlor.

And with just over a minute of normal time remaining, Barrow cleared a corner out to Devitt who spun intelligently inside his own half before spraying a perfect forward ball in to the path of Quigley. The forward’s first touch was immaculate and he drove in to the box before drilling an unstoppable finish beneath Lawlor to set off wild celebration on the pitch and in the dugout.

The win was nothing more than Rob Kelly’s battlers deserved and it showed fans watching back home that The Bluebirds may yet have a roadmap to safety tucked up their sleeve. 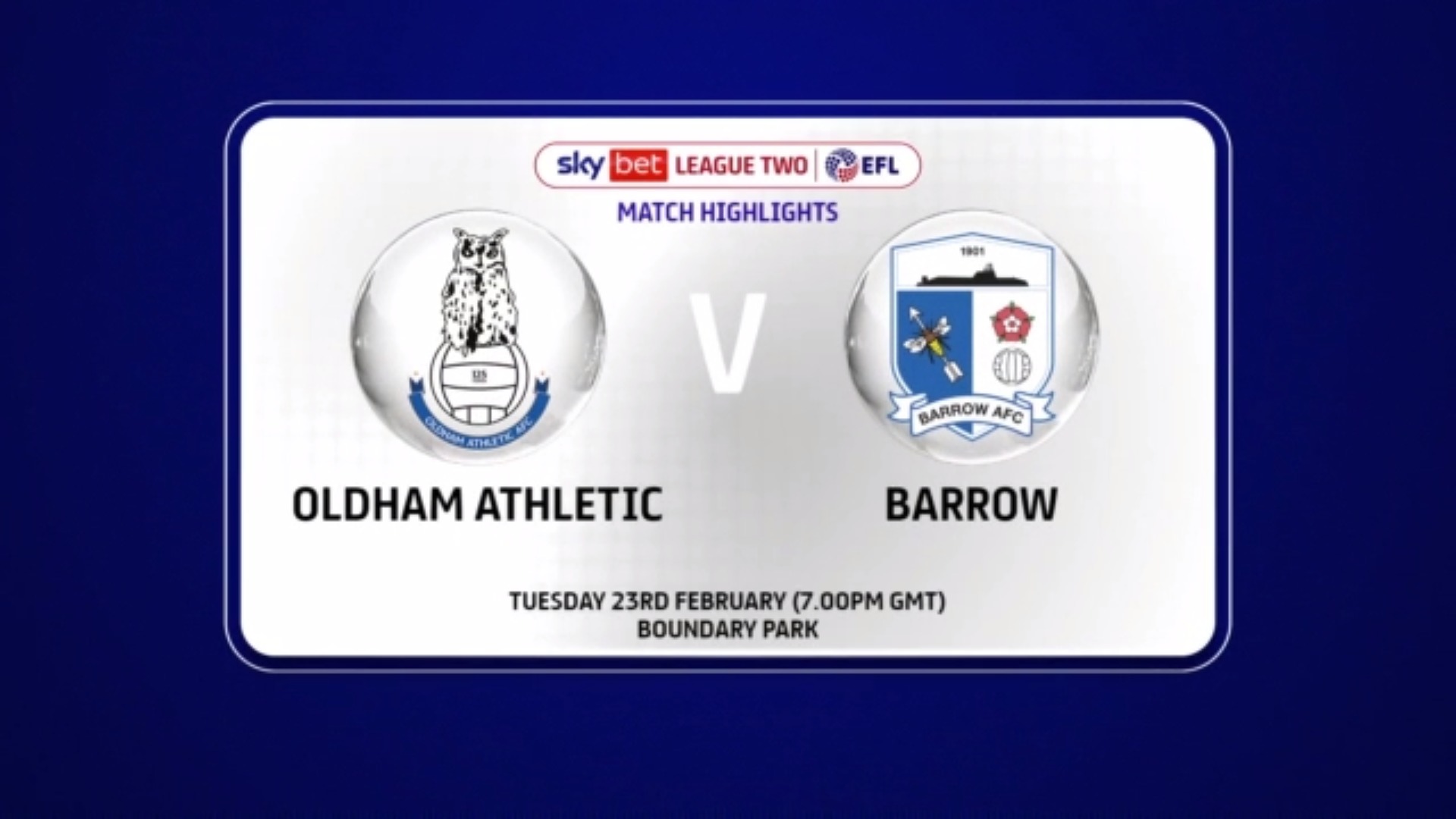 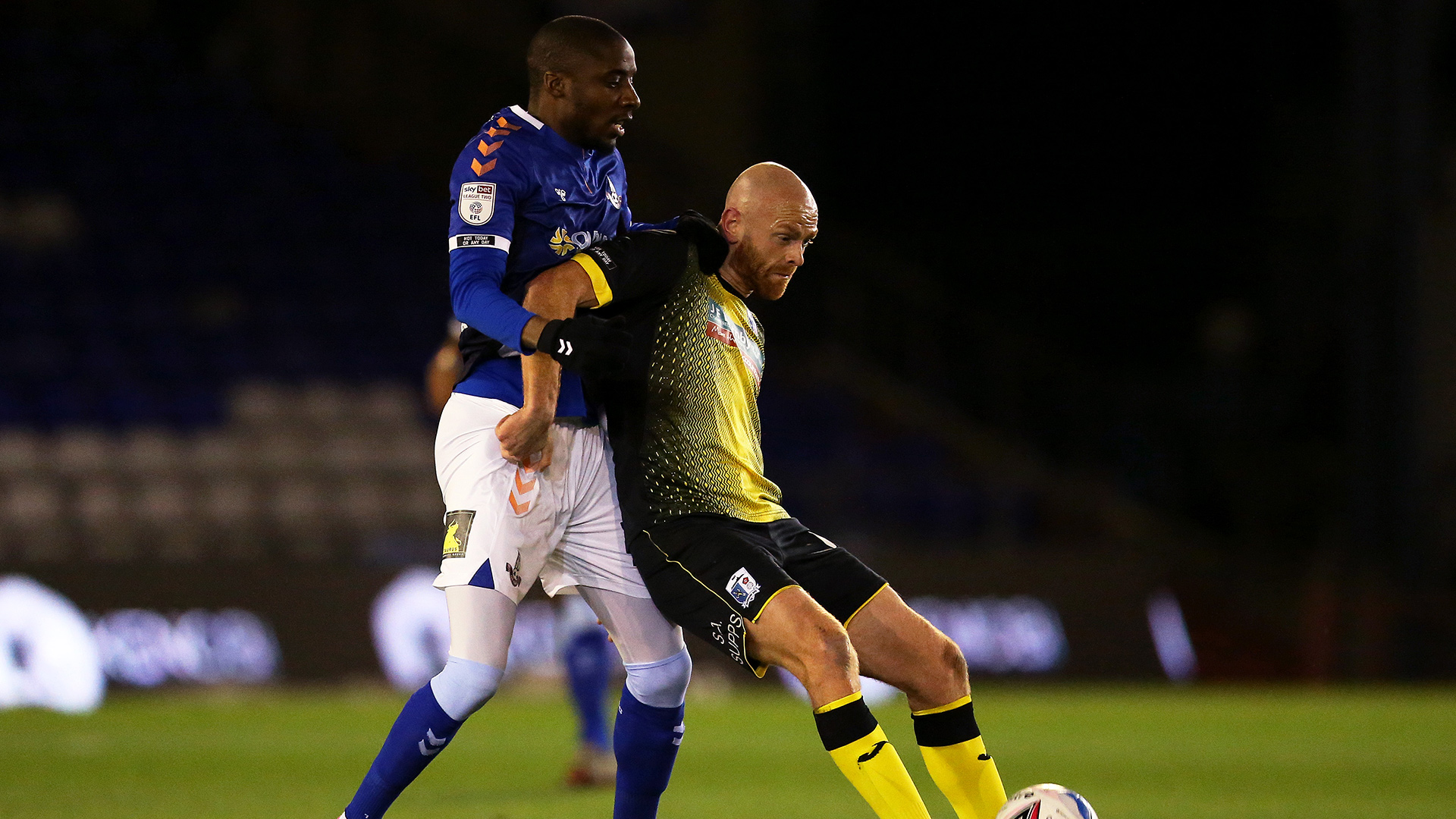 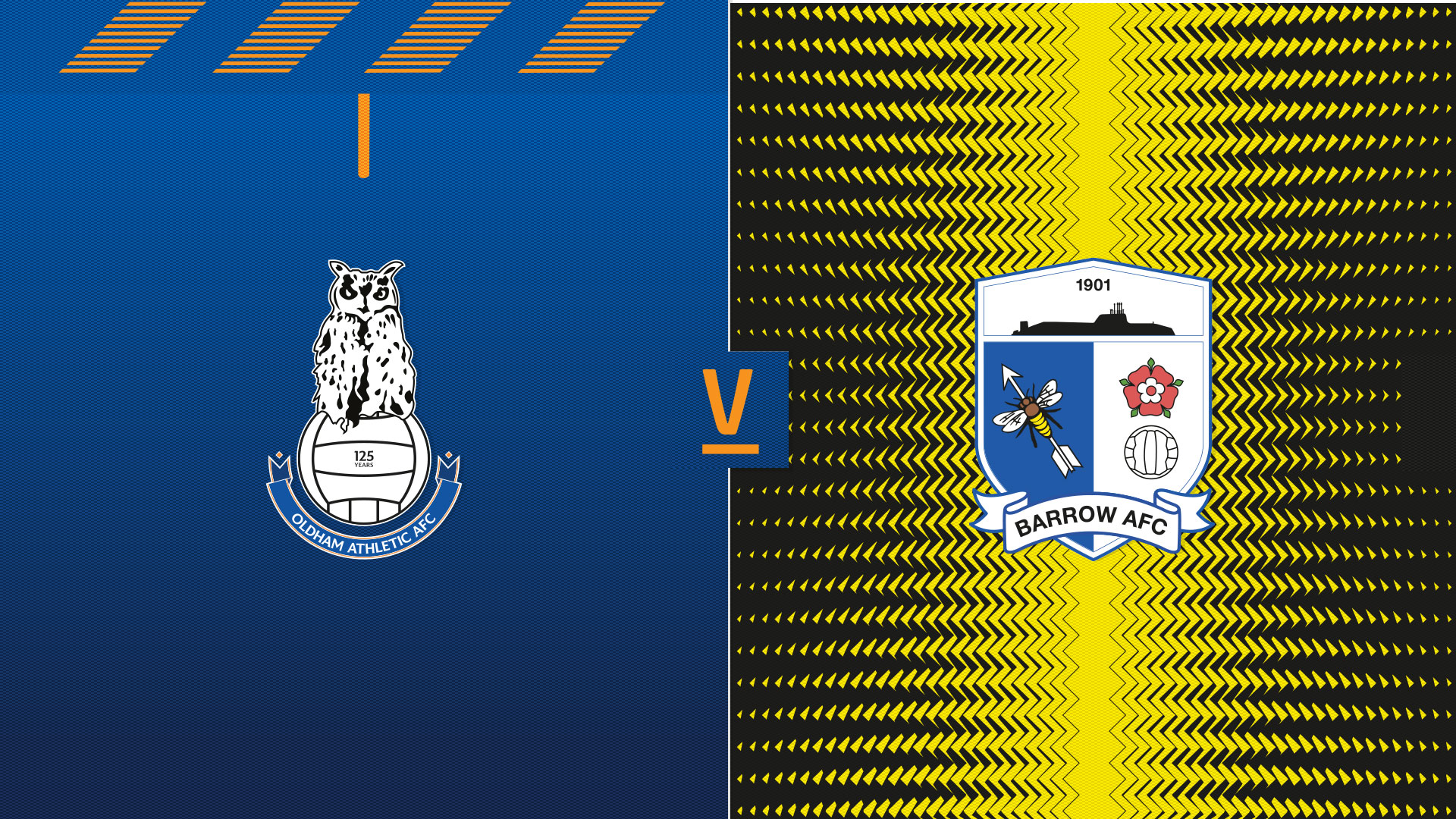