Take a look at everything you need to know as Barrow prepare to host Grimsby Town at The Progression Solicitors Stadium.

In Opposition
Grimsby Town need to find a way of turning draws into wins if they are to clamber clear of relegation danger during the League Two run-in.

The Mariners find themselves ten points from safety at the base of the table, despite proving stubborn opposition in recent weeks having drawn four games in a row.

Paul Hurst, the man who led Town back into the Football League in 2016, returned as boss at the turn of the year and was able to strengthen the squad during the January transfer window.

However, a catalogue of injury woe has hindered Hurst’s efforts and he will be hoping for better news on that front as he looks to plot their route to safety in the coming weeks.

One To Watch
Lenell John-Lewis hit the net during Saturday’s 2-2 draw with Mansfield Town, his second goal since re-joining Grimsby Town at the end of the recent transfer window.

The 31-year-old front man scored 30 goals in just over 100 appearances during two seasons as a Mariner between 2013 and 2015 and returned to the club after a strong start to the current campaign at Hereford.

John-Lewis’ experience, as well as his goals, could prove vital during the run-in if Grimsby are hoist themselves clear of trouble at the base of League Two.

Head To Head
Barrow will be aiming to break a run of three successive Grimsby Town wins in this fixture when they welcome The Mariners to The Progression Solicitors Stadium for the first time since 2015.

Indeed, Town have enjoyed much the better record in recent times when these two sides have met, and you have to go back to March 1968 – though five of the 13 games since have ended in draws.

Referee
Ben Speedie will be back for his second game of the season at The Progression Solicitors Stadium after previously overseeing our 1-0 win over Bradford City back in October.

The official, who stepped up to the EFL’s list of referees during the summer, was also the man in charge when our game against Grimsby in January was postponed due to a waterlogged pitch.

Speedie has presided over 25 games so far during 2020/21, most recently on the whistle for Leyton Orient’s 1-1 draw with Scunthorpe United at The Breyer Group Stadium last weekend.

Betting
Barrow have been installed as 10/11 favourites for three points tonight, with visitors Grimsby out at 3/1 for victory and a draw priced up at odds of 23/10 with our friends at Sky Bet.

Click here now to take a look at Sky Bet’s range of odds on tonight’s action.

Live Streaming
Match Passes to watch tonight’s game live on iFollow Barrow are now available so that you can enjoy every minute of tonight’s game against Grimsby Town.

Live Commentary
We will also provide an audio commentary of Tuesday’s game when we link up with BBC Radio Cumbria’s Adam Johnson and John Goodwin who will describe all the action as it unfolds.

Barrow’s winning run was brought to a halt on Tuesday night as Luke Spokes’ wonderful strike was enough to earn Grimsby Town three points at The Progression Solicitors Stadium.

The Bluebirds came into the game on the back of four victories in a row but Rob Kelly’s men never really got in to their stride during an ugly encounter which was settled by a rare moment of beauty from Spokes.

Kelly made one change to his starting eleven as Chris Taylor was restored to the line-up, while new signing Calvin Andrew was named among the substitutes after arriving on a short-term deal.

While there was a high tempo to the early exchanges, neither side really created much in the way of scoring opportunities in the opening stages.

Elliott Hewitt came closest for Grimsby as the quarter-hour approached as he hooked an effort goalward which dropped over the bar, while Rolin Menayese fired over with a volley from just inside the box.

John-Lewis was causing Barrow a few problems and he had another sight of goal after winning a tussle with Bobby Thomas on the edge of the box but his thunderous shot flew too high to trouble Joel Dixon.

The Mariners front man was finding space when the ball came forward and he found time to fire another effort on goal just after the half hour but again it flashed over Dixon’s cross bar.

Barrow put together their best bit of football early in the second half as Luke James clipped a nice ball down the line to find Chris Taylor and he fed it square to Scott Quigley on the edge of the box but the front man’s shot was just too high.

Things opened up on 71 minutes when a stunning goal not really in keeping with the nature of the game put Town in front. The ball was pushed into the path of Luke Spokes who cut inside and lashed an unstoppable drive into to the top corner from the edge of the penalty area.

Barrow got themselves on to the front foot in response and Chris Taylor came close with a shot from twenty yards but he was off-balance as he struck it and it flew wide.

Taylor then turned provider with a dangerous corner whipped in from the left which was fumbled by Grimsby keeper James McKeown at the far post but nobody in Barrow colours could force it home and the visitors survived.

Rob Kelly shuffled his pack by introducing Patrick Brough and Jamie Devitt, and the latter got involved in the action quickly when he got on to a half-cleared corner to drive a powerful effort on goal but it was well blocked by a defender.

Quigley was then released in behind the Grimsby defence down the left and managed to get a decent strike on goal which appeared to be helped over the bar by McKeown only for the referee to award a goal kick.

There was another half chance for Barrow in the final minute as Chris Taylor kept the ball alive after a deep cross from the left and he teed up Tom Beadling to strike on goal but his low shot was blocked again as Grimsby continued to defend with determination.

Calvin Andrew came on for his debut and flicked on well for Quigley in injury time but the front man couldn’t get a clean strike on goal and the effort was easily fielded by McKeown.

There was an almighty scramble in the Town box right at the death as Barrow pressed to the last but again a couple of courageous blocks from the visiting defenders protected their lead and took them through to the final whistle. 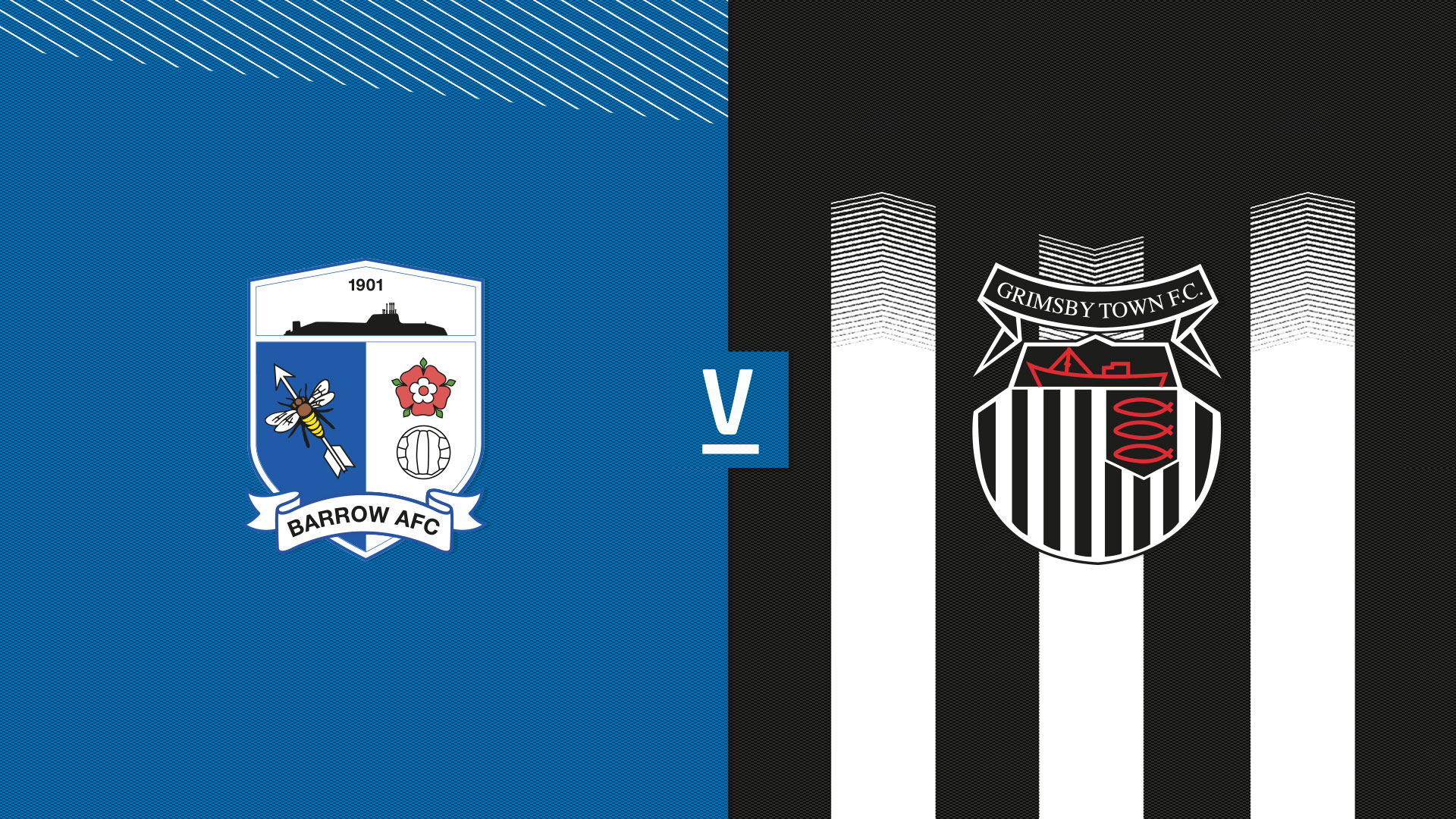 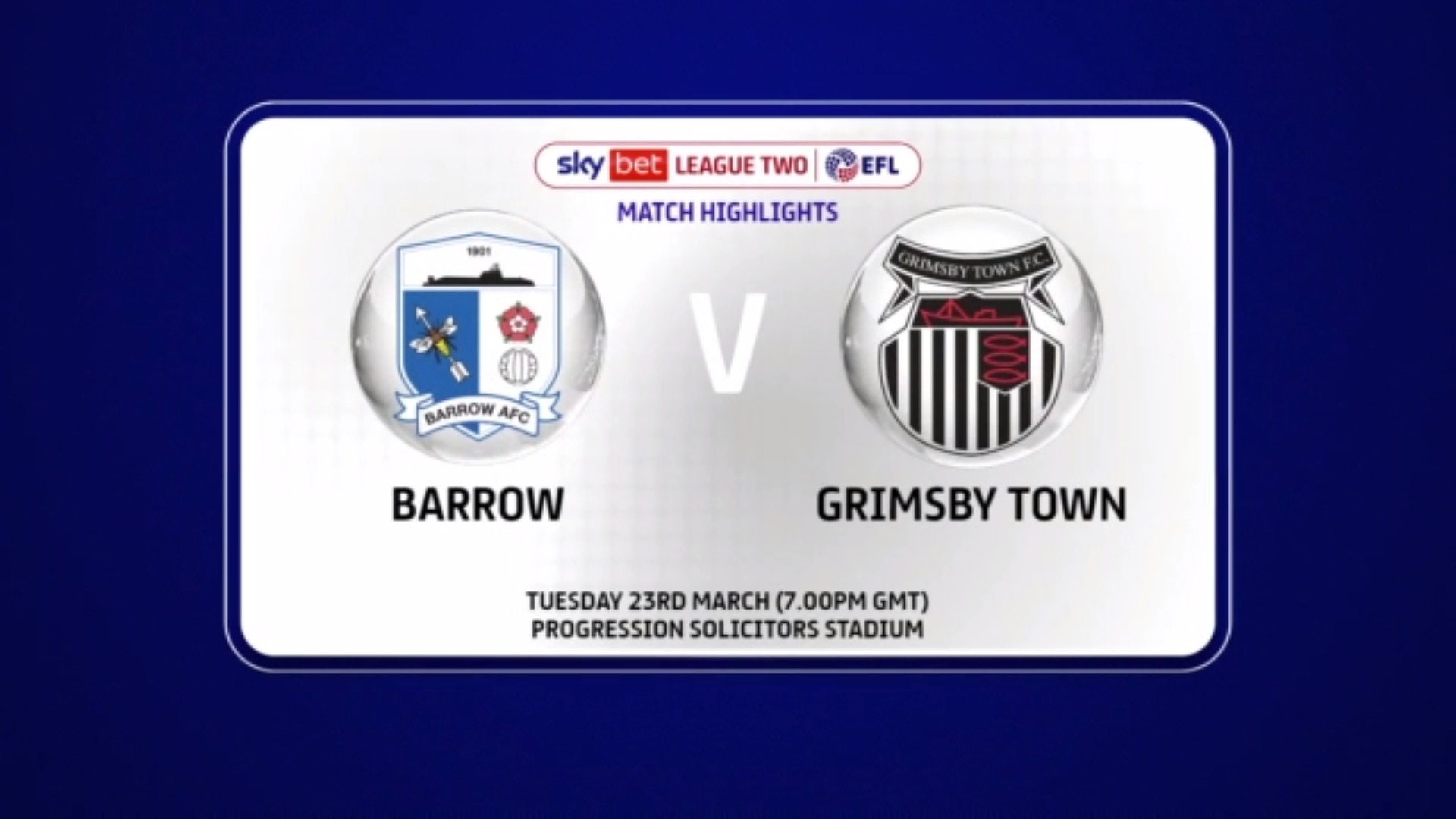 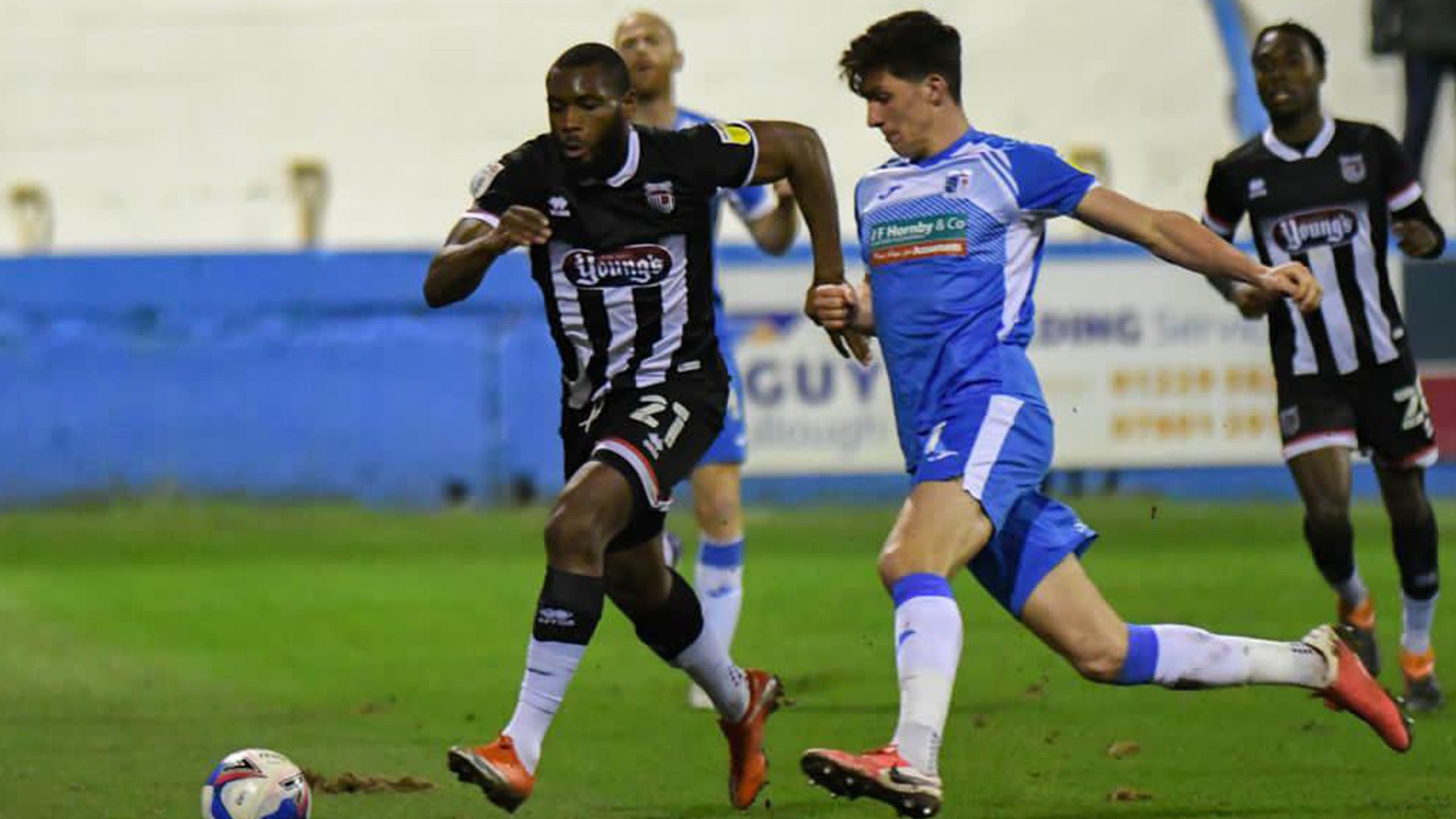