Take a look at everything you need to know ahead of tonight's League Two encounter at The Banks's Stadium.

In Opposition
Walsall were forced in to a change at the top last month following boss Darrell Clarke’s surprise move to Port Vale, with his assistant Brian Dutton promoted to Head Coach at The Banks’s Stadium.

The Saddlers are in their second season at League Two level following their relegation in 2018/19 and fans were hoping to see them challenge for a place back in the third tier this time around.

Those hopes would have been raised just before Christmas when an epic 4-3 win over Port Vale saw them sitting outside the play-off zone on goal difference alone on the back of four straight victories.

However, they have won just once in their 13 outings since then to fall out of contention for a top seven spot and slip to 19th in the table ahead of Friday’s meeting with Barrow.

One To Watch
Liam Kinsella has been on the books at Walsall since he was just eight years of age and has progressed through the ranks to become a regular in The Saddlers’ line-up.

A former Republic of Ireland Under 21 international, Kinsella debuted in 2014 but really announced himself in 2018/19 when he won the club’s Young Player of the Season award.

He has now passed 150 appearances in all competitions for Walsall and has become a mainstay in their midfield, missing only three games in League Two throughout 2020/21 so far.

Head To Head
Tonight’s game will be the 34th competitive meeting between the clubs in a rivalry stretching back to the 1921/22 Division Three North campaign.

The Saddlers have the edge historically having won 14 of the previous encounters in comparison to Barrow’s 10 triumphs and Walsall did the double last time the teams shared a division in 1969/70.

Indeed, you have to go back to the 1930s for Barrow’s last win over Walsall – a 1-0 victory on Monday 20th April 1936, which must have felt sweet having been thumped 5-1 in the corresponding fixture two days earlier.

Referee
Carl Brook will take charge of his first Barrow game of the campaign when he’s on the whistle for our trip to The Banks’s Stadium this evening.

The official joined Barrow in stepping up from the National League for 2020/21, joining the EFL’s list of referees for the first time at the start of the current season.

The last time he refereed a Bluebirds game was back in November 2018 when he saw us draw 1-1 at Boreham Wood as John Rooney’s 81st-minute goal was cancelled out at the death by Kieran Murtagh.

Betting
Walsall have been installed as 29/20 favourites for three points from the game, while The Bluebirds are rated a 9/5 shot and the draw is priced up at 11/5 with our friends at Sky Bet.

Live Commentary
We will also provide an audio commentary of the game as we link up with Walsall for their live coverage, due to BBC Radio Cumbria being prevented from travelling due to COVID-19 restrictions.

Watchalong
We’re inviting fans to join us on Zoom for a Walsall Watchalong tonight as part of our regular Friday evening Team Talk sessions, in association with the EFL and Mind.

We’ll be live on Zoom from 6.50pm and fans can join us to discuss the action as they watch it live on iFollow throughout the evening.

Josh Kay came off the bench to drive a winning goal three minutes from time as Barrow picked up a priceless three points on the road at Walsall on Friday night.

The substitute’s unerring finish settled a largely untidy affair at The Banks’s Stadium and was enough to secure a second successive victory to inject further confidence into The Bluebirds camp.

In a scrappy first half it was Barrow who settled first and Scott Quigley spurned an early chance when he got into a good position inside the area but couldn’t get the power on his shot to trouble keeper Liam Roberts.

The Bluebirds continued to look the more composed in possession as the opening period developed, though The Saddlers showed their threat when Tyreik Wright flashed a long-range drive wide of the upright.

Chances were at a premium for both sides but Tom Davies came as close as anyone during the first half when his looping header from a corner was pushed over the bar by Roberts.

There was a blow for Barrow just before the break when Brad Barry clashed headed with Walsall’s Mat Sadler and the Bluebirds man was forced off after a five-minute stoppage for treatment on the pitch.

Barrow began the second half on the front foot and could have stolen in front on 48 minutes when Eardley’s cross from the right wasn’t dealt with and Luke James was able to turn and fire on goal only to see his shot well blocked by Roberts.

Walsall came close when substitute Cameron Norman unloaded from long range and his well struck shot took a deflection on its way just wide of the post, with Joel Dixon scrambling.

The home side seemed to draw confidence from that moment and went on to enjoy their best spell of the game, Wright trying his luck from twenty yards with a strike which was comfortably fielded by Dixon.

Bobby Thomas, on in place of James Jones, caused some problems with a long throw on 84 minutes which dropped dangerously on the edge of the six-yard area but The Saddlers were just about able to clear.

With three minutes left The Bluebirds created a moment of class when a ball forward found Quigley who cleverly played it round the corner and perfectly into the run of Josh Kay and the substitute guided an unstoppable low finish into the bottom the bottom corner to give Barrow a precious lead.

Walsall tried to recover in the limited time remaining but The Bluebirds were rarely troubled and saw the game out to enjoy back-to-back wins in League Two. 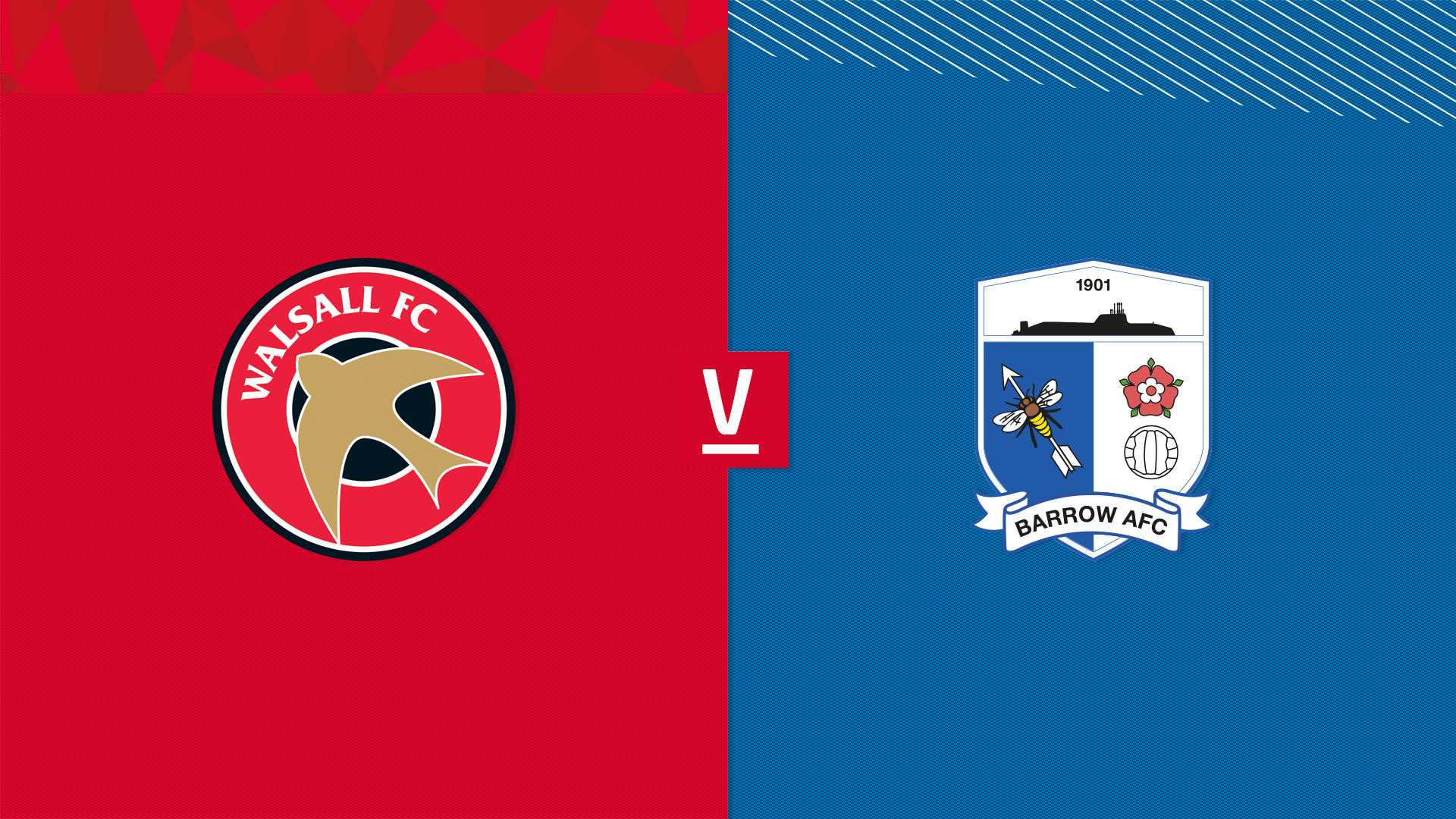 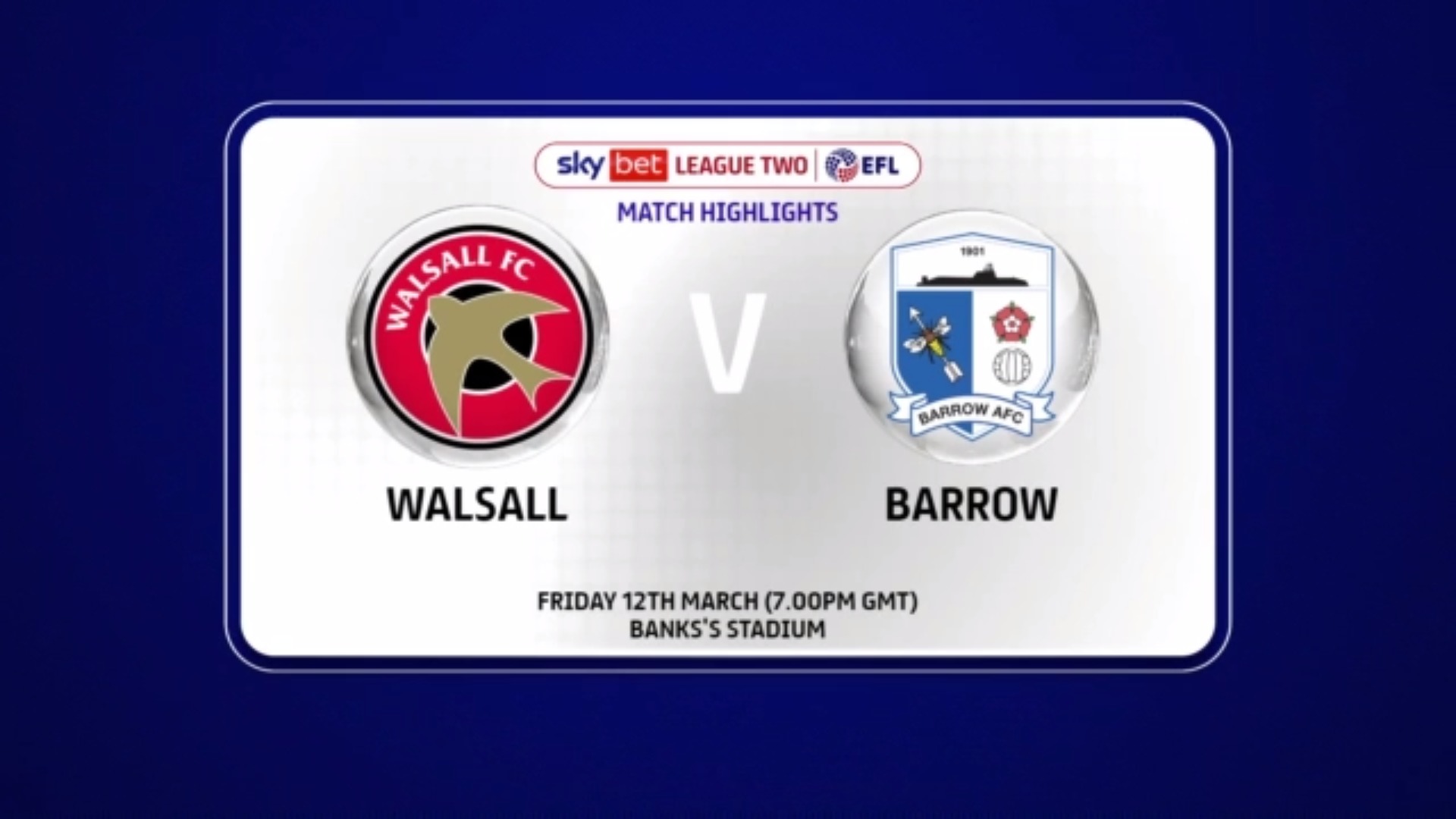 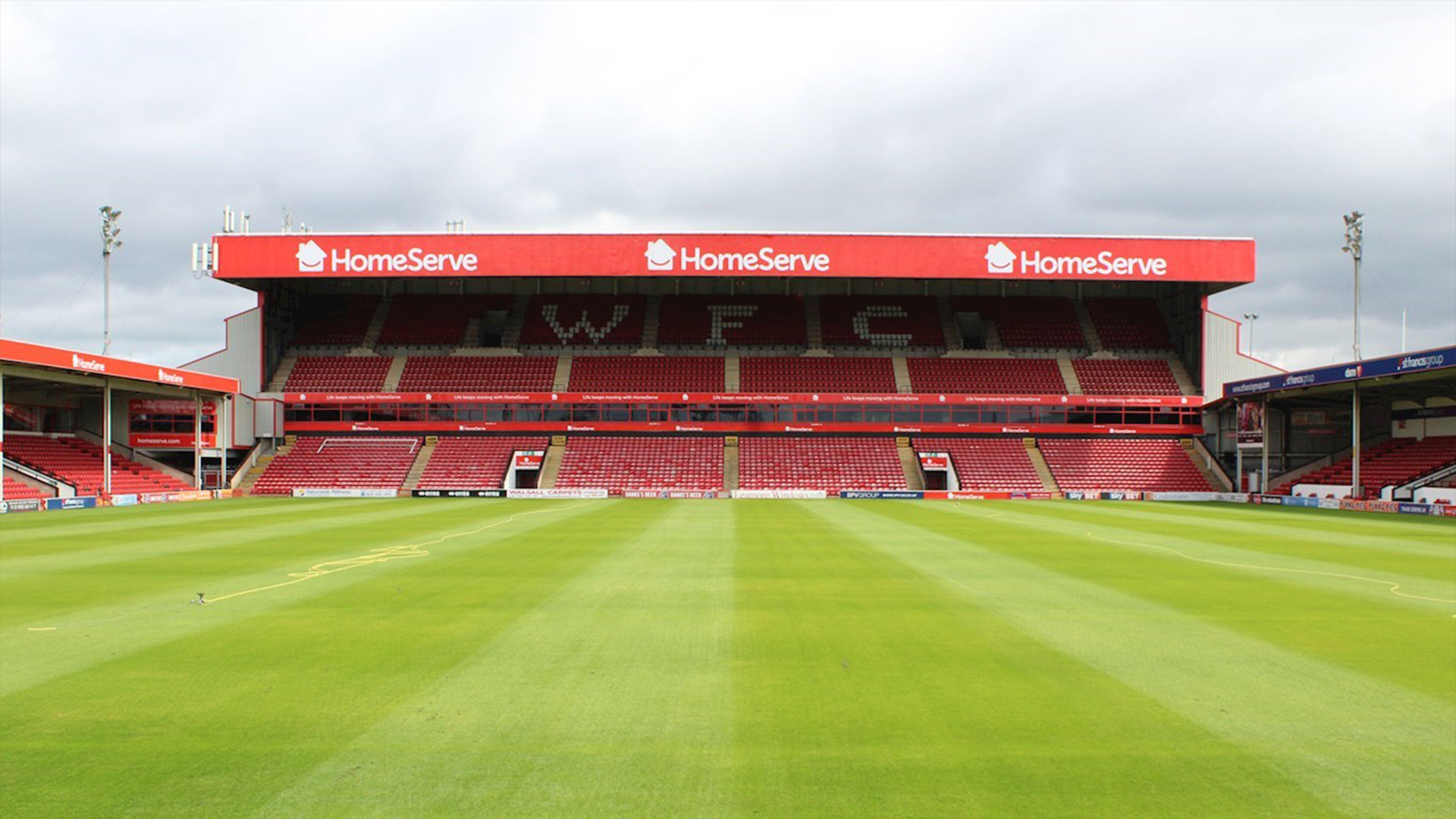