Barrow were forced to settle for a point as Forest Green Rovers scored a last-gasp equaliser at the end of an absorbing encounter at The Progression Solicitors Stadium.

David Dunn’s men had come from behind to lead going in to the closing stages thanks to goals from Luke James and Dior Angus but it was the visitors who had the last word when Nicky Cadden rifled in a free-kick at the death.

The Bluebirds boss made two changes to his starting eleven, as Kgose Ntlhe came in to replace the suspended Josh Kay and Scott Quigley came in to the attack.

Barrow began the game on the front foot and had the ball in the net within four minutes when Scott Quigley turned neatly to slot home low only for the offside flag to cut short the celebrations.

Forest Green could have gone in front on ten minutes when Jamille Matt muscled his way in to possession and the visitors attack but, when the ball was cut back to Carl Winchester, his powerful drive was excellently blocked on the line by Sam Hird.

A couple of minutes later it was Barrow who then came forward with menace, this time Quigley raced away in behind on to Brad Barry’s ball but his low shot was well saved by Luke McGee.

Harrison Biggins tried his luck from a long-range free-kick which dropped just too high before Rovers came within a whisker of taking the lead when Jake Young’s low curler cracked back off the post.

It was developing in to the absorbing encounter which had been predicted by both managers in the build-up, with the two teams putting together plenty of good football and taking turns to enjoy periods of pressure.

The first half almost ended with a wonderful solo goal, only for Young to be thwarted by the woodwork for a second time. He had wonderfully turned away from a trio of Barrow players before slaloming his way to the edge of the box and letting fly with a dipping effort which flicked the bar on its way over.

Rovers edged in front seven minutes after the break when Nicky Cadden’s inswinging corner was met by Elliott Whitehouse, who glanced a lovely headed beyond Joel Dixon to make it 1-0.

Connor Brown – on in place of Kgose Ntlhe – nodded wide at the far post with his first touch, before Biggins saw a show from twenty yards deflected just over the bar as The Bluebirds responded positively to the setback.

Barrow continued to play with patience in a bid to get back in to the game and the breakthrough arrived on 73 minutes when Brown did well on the left and slipped a ball across for Luke James and the front man delivered a decisive first time finish past McGee to level things up.

It got even better for David Dunn’s men ten minutes later when Biggins’ determined run to the byline was halted by Jordan Moore-Taylor’s lunge and the referee was well placed to point to the penalty spot. Dior Angus, off the bench for Quigley, confidently stroked home from the spot to put The Bluebirds in front.

The points were within touching distance for The Bluebirds only for Rovers to have the final say in the fifth minute of stoppage time with a wonderful free-kick which crashed in off the underside of the bar to rescue a point for the visitors. 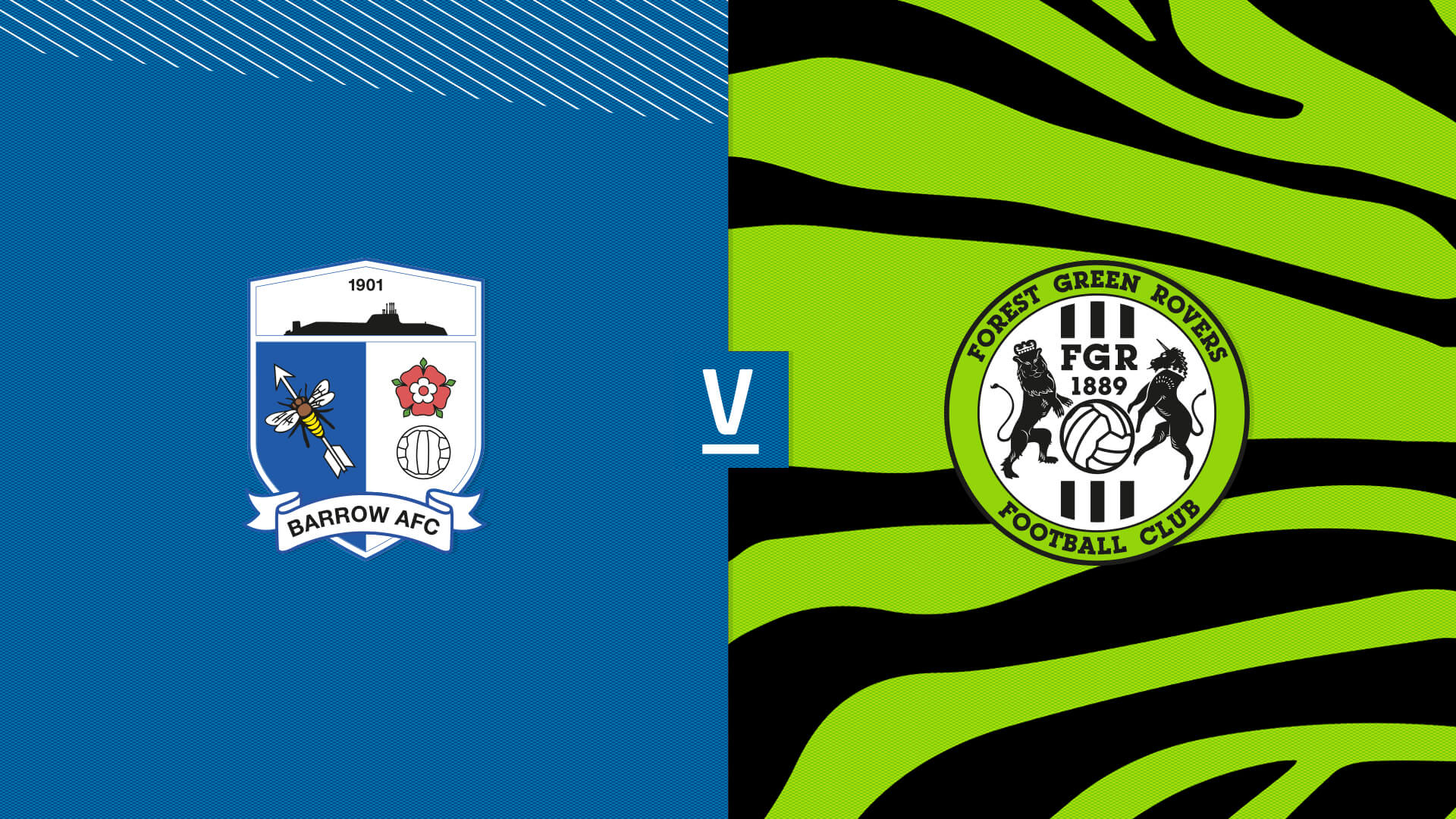 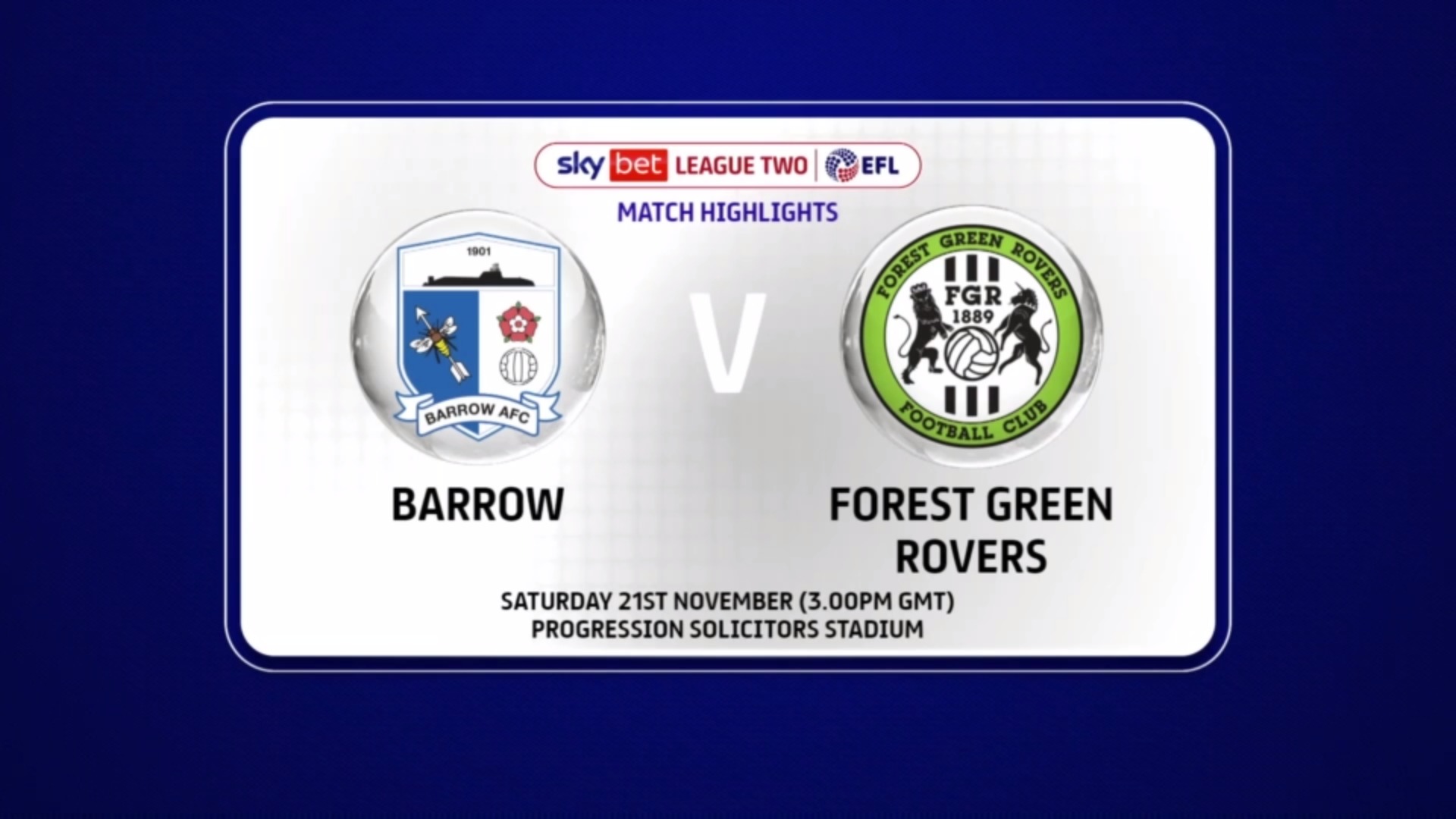 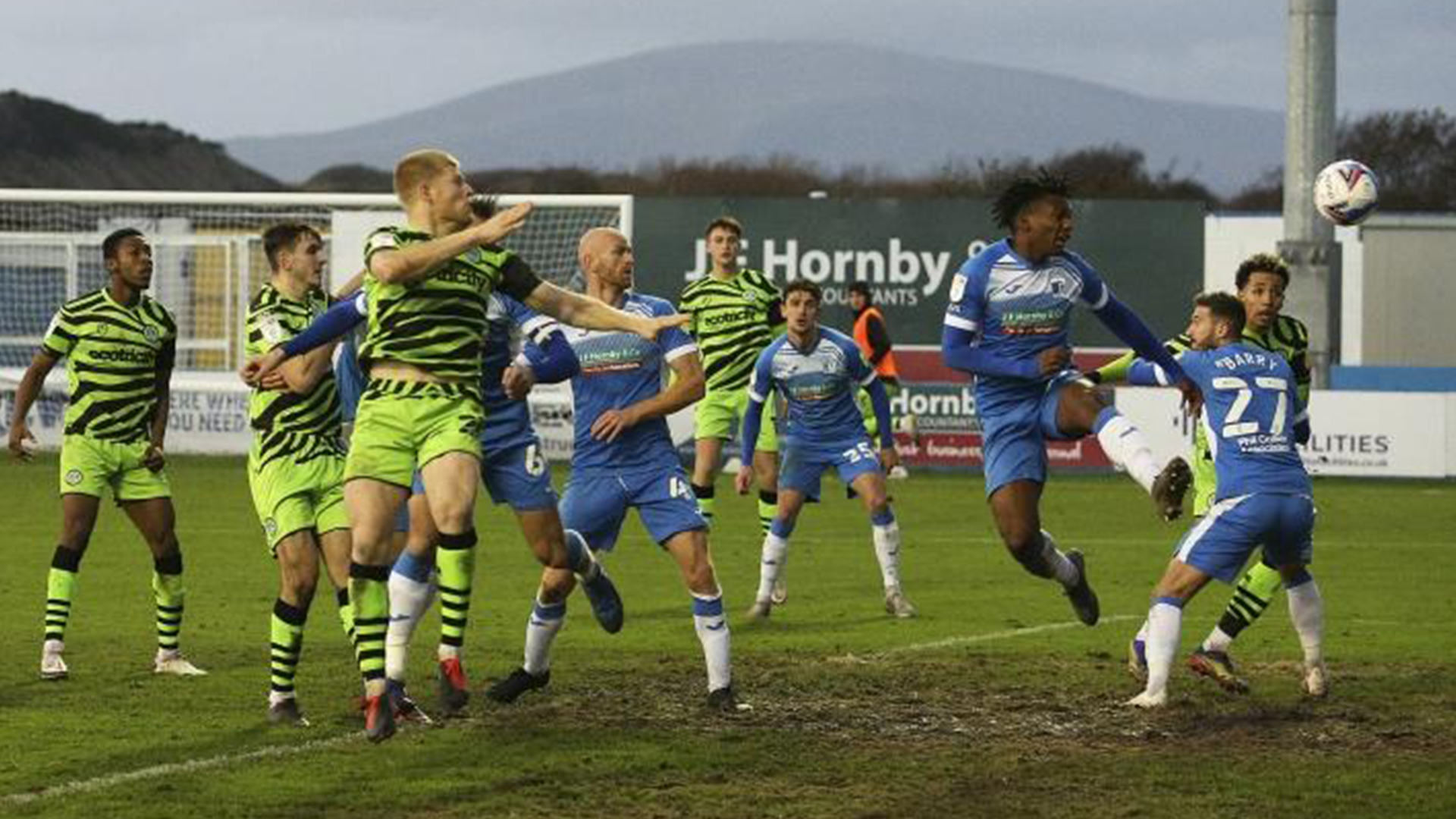