Barrow were denied their first League Two win of the season in agonising circumstances as Bolton Wanderers snatched a 95th-minute equaliser at The Progression Solicitors Stadium.

The Bluebirds looked all set to clinch three points after clearing a corner deep in injury time but the referee allowed Wanderers to come again and, when the ball in to the box wasn’t dealt with, Antoni Sarcevic drilled home a clinical finish to level the game up at 3-3.

Earlier, Barrow had roared in to a two-goal lead inside four minutes thanks to Chris Taylor and Mike Jones, before Dior Angus made it 3-1 after Peter Kioso had pulled one back for the away side.

Eoin Doyle’s header four minutes before the break reduced the arrears to 3-2 and gave Ian Evatt’s men hope but they had to wait until the last kick to rescue a point as skipper Sarcevic struck home.

With David Dunn and Rob Kelly once again absent, Josh Lillis was in temporary charge and his line-up showed four changes – Scott Quigley returned from injury to give Barrow a boost, while Dior Angus, Mike Jones and Jason Taylor were all recalled.

Barrow got off to the dream start when the visitors committed a silly foul thirty yards from goal in the opening minute and former Bolton midfielder whipped a wonderful free-kick in to the bottom left-hand corner of the net.

Incredibly, it was 2-0 with just four minutes on the clock when Scott Quigley found a bit of space on the left of the area and, whilst his shot didn’t trouble the keeper, Wanderers failed to effectively clear and Mike Jones ran on to the loose ball on the edge of the box and clattered it in to the top corner.

Evatt’s men were stunned and took a little bit of time to recover their composure in the minutes which followed as The Bluebirds continued in the ascendancy.

However, The Trotters grabbed a route back in to the game just after the quarter-hour mark when a free-kick was lifted in from the right and Peter Kioso got the decisive touch to send it past Joel Dixon from close range to make it 2-1.

The setback failed to knock Barrow out of their stride though – on 20 minutes they restored their two-goal advantage when more good work from Chris Taylor helped send Dior Angus through on goal and he clinically sent a finish across keeper Billy Crellin to make it 3-1 to The Bluebirds.

It was close to being four not long afterwards when Angus broke in behind the Wanderers defence and got there before Crellin. However, forced wide, Angus could not shoot and instead squared for Chris Taylor whose first-time shot grazed the bar on its way over.

Bolton came back at Barrow again on 41 minutes when Arthur Gnahoua found some space on the left and his cross found Eoin Doyle unmarked who nodded it across Joel Dixon and in to the corner of the net.

Wanderers could even have levelled right on the stroke of half-time when another ball in to the box found the dangerous Kioso but this time the young defender tried to put too much on his header and sent it wide of the post, much to The Bluebirds’ relief.

The visitors started the second half the stronger too and got on the front foot through Antoni Sarcevic but the midfielder’s shot from twenty yards didn’t have the venom to trouble Dixon.

Having lost Chris Taylor at half-time, Barrow suffered another blow before the hour mark when Scott Quigley was forced off which allowed Jayden Reid to come on for his Bluebirds debut, after joining the Club on loan from Birmingham City last week.

Barrow began to look more of a threat as the second half wore on and could have added a fourth at the end of a wonderful counter-attack led by Patrick Brough but, after he teed up Harrison Biggins, the midfielder saw his goalbound shot well blocked.

The game became scrappy as Bolton became more desperate and Barrow more nervous, and chances were at a premium for either side, though Jason Taylor did fire an effort just over and Bolton almost levelled with a whipped free-kick which was just about kept out at the front post.

It looked as though the job had been done by Barrow as they withstood some real pressure from The Trotters in the closing stages but, with more than the four minutes of signalled injury time played, Bolton had the final say when a corner wasn’t fully cleared and Sarcevic delivered the telling blow. 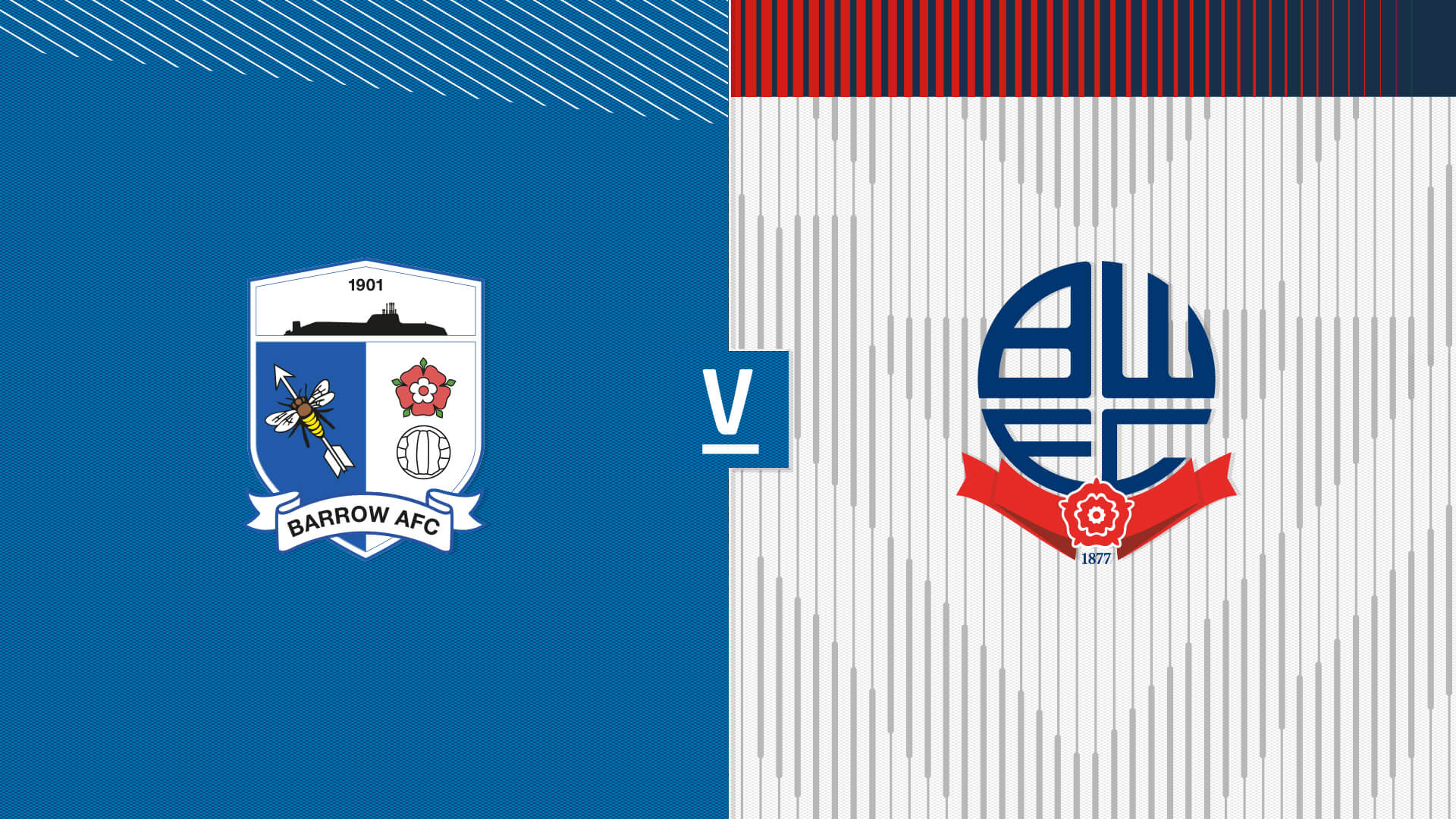 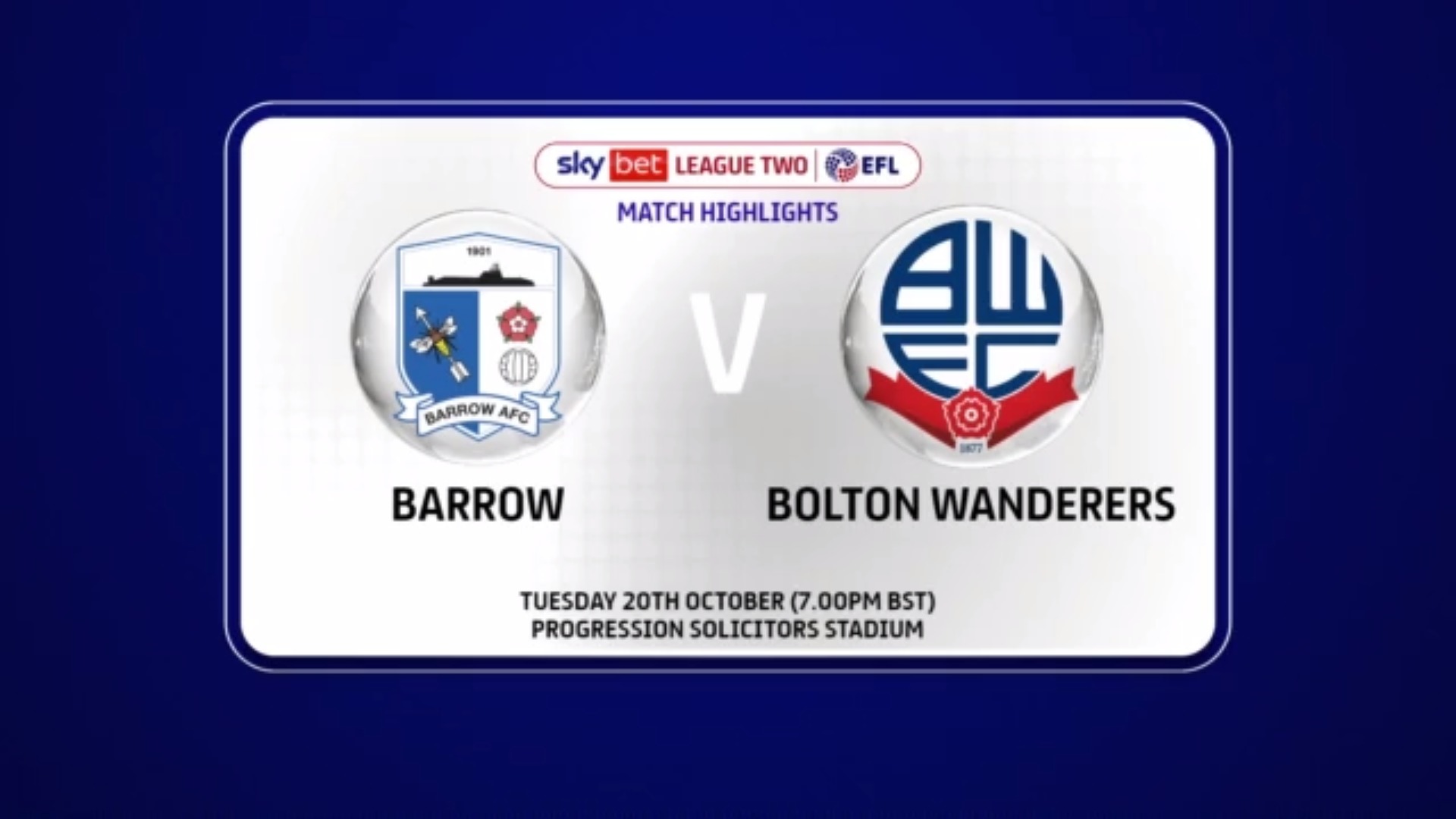 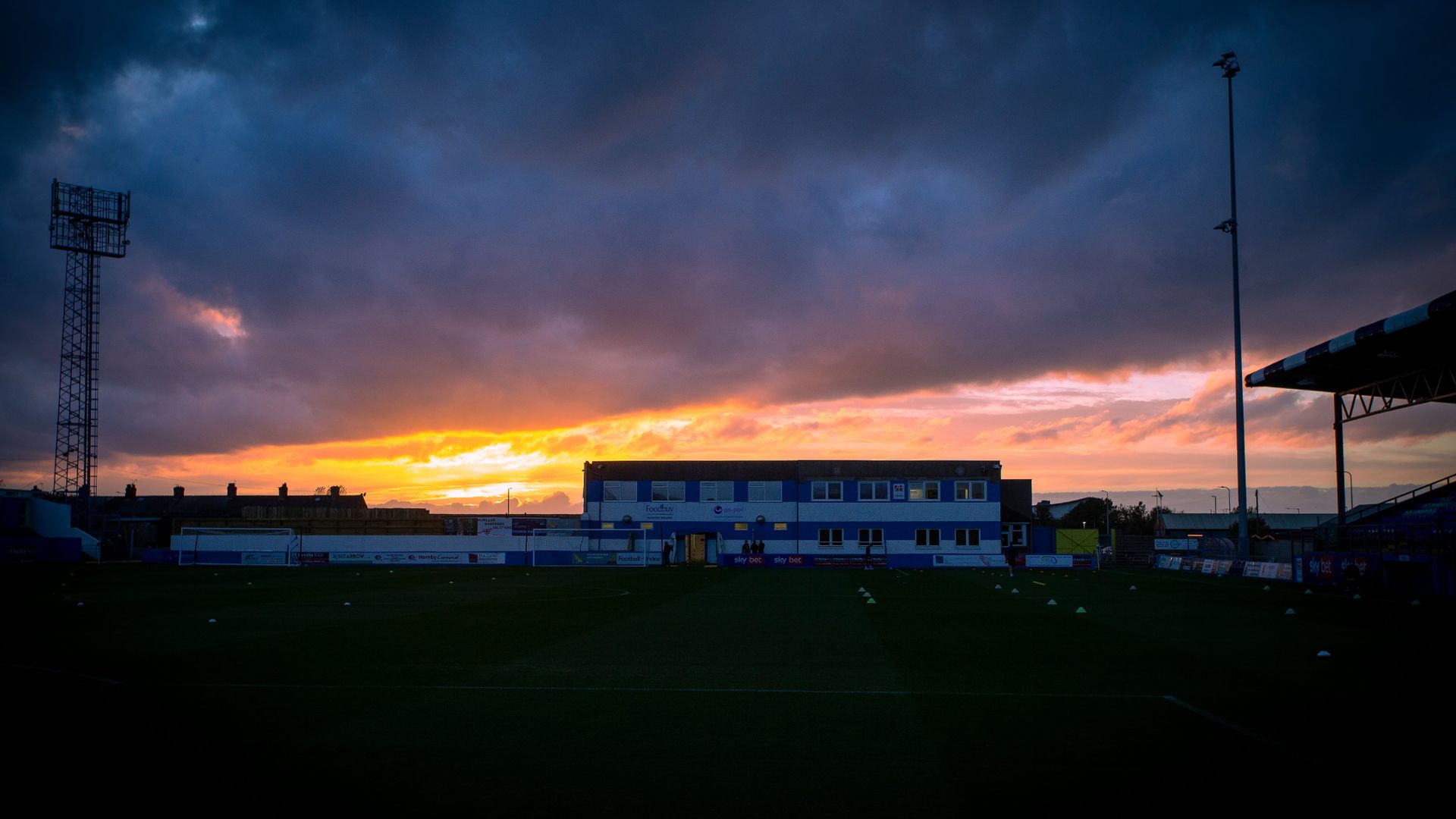