We take a closer look at the action ahead of Leyton Orient's weekend visit to The Progression Solicitors Stadium.

In Opposition
Leyton Orient are looking to get back on track after they followed up an enforced and unwanted pause in their season due to coronavirus with defeat at Cheltenham Town last weekend.

The O’s had to postpone their Carabao Cup tie against Spurs and their League Two meeting with Walsall as a result of a COVID-19 outbreak in the camp but they have now returned to normal action.

Last Saturday’s 2-0 defeat to Cheltenham on home soil was a blow to Ross Embleton’s side, though they did recover in midweek by beating AFC Wimbledon 2-0 in the EFL Trophy.

It’s Orient’s second season back in League Two after they scooped the National League title in 2018/19 and they will be hoping to build on last season’s 17th place finish.

Head To Head
This weekend’s game will be the 12th competitive meeting between the sides, with Orient having the slight edge historically having won five times in comparison to Barrow’s three.

The O’s also won on their last visit to The Progression Solicitors Stadium, holding off a late Bluebirds fightback to take three points from a 3-2 triumph.

This fixture has certainly been one to watch for goals in recent years – the last four meetings between the teams have produced no fewer than 18 goals.

One To Watch
Orient striker Danny Johnson has been a man in form during 2020/21 so far and the front man has helped himself to five goals in six games to land the club’s Player of the Month award for September.

Johnson was born in Middlesbrough and spent time in Hartlepool United’s Academy but it was a prolific spell in non-league with Guisborough Town which earned him a move to Cardiff City in 2014.

Since then, Johnson has scored goals for Gateshead, Motherwell and Dundee before signing an 18-month deal at Orient back in January.

Referee
Andy Haines is the man in charge for this weekend’s Sky Bet League Two action between Barrow and Leyton Orient at The Progression Solicitors Stadium.

The experienced official has been whistling on Football League action for well over a decade and is one of the most well respected referees at this level.

Haines has been in the middle for four games so far during 2020/21, his most recent coming last month in the EFL Trophy when he oversaw Wigan’s 6-1 thumping over Liverpool Under-21s.

Betting
Barrow have been installed as 11/8 favourites for three points this weekend, with Orient rated a 19/10 shot and a price of 11/5 available on the sides sharing the spoils.

Barrow were forced to settle for a third successive home league draw as ten-man Leyton Orient came from behind to snatch a share of the spoils at The Progression Solicitors Stadium.

The Bluebirds looked well set for a first League Two win of the campaign when the visitors were reduced to ten men inside ten minutes as Dan Happe saw red for pulling down Luke James and then Josh Kay rifled Dunn’s men in front seven minutes later.

However, The O’s showed good spirit after the break and wrestled themselves back on level terms through Danny Johnson’s crisp finish and that saw them take a point back to the capital.

David Dunn opted to make four changes from the team which lined-up at Carlisle seven days earlier; Scott Quigley was missing through injury so Luke James came in to the side, while Chris Taylor and Yoan Zouma made league debuts for the Club and Josh Kay was handed his first league start of the campaign.

Orient started the brighter of the two teams and could have taken an early lead when Johnson let fly with a poweful volley from just inside the box but Joel Dixon did well to tip it over the bar.

However, the game changed on nine minutes when Luke James was pulled down as he chased through on goal and referee Andy Haines had no option but to show a red card to Orient defender Dan Happe.

It could have been even worse for the visitors had keeper Lawrence Vigouroux not superbly saved Tom Beadling’s effort from the resultant free-kick.

The O’s attempted to reshuffle by sacrificing James Dayton and bringing on an extra defender in Joe Widdowson but Barrow got on top and almost hit the front when Mike Jones stung a drive just over the bar.

The goal arrived on 16 minutes when some lovely build-up play saw the ball worked from right to left and in to the feet of Kay, who jinked inside to find some space and rifled an unstoppable shot in to the bottom left-hand corner of the net.

Orient then sat men behind the ball and looked to play on the break, making it difficult for Dunn’s men who were enjoying the lion’s share of possession.

The Bluebirds put some pressure on as half time approached, Kay again causing problems for the Orient defence down the left but his testing cross was headed behind. From the corner, Chris Taylor’s low drive was blocked and Patrick Brough was also denied by a defender from the follow-up.

Lewis Hardcastle attempted to catch O’s keeper Vigouroux out with a speculative curling shot from distance but it flashed just wide of the post much to the visitors’ relief.

The O’s came out on the front foot at the start of the second period and could have levelled from a deep corner but Josh Coulson could only head wastefully in to the side netting.

However, Orient pulled themselves level seven minutes after the restart, Barrow conceding possession just inside their own half and allowing Johnson to be fed through on goal and the front man made no mistake with a powerful finish across Dixon and in to the bottom corner.

The Bluebirds recovered from the setback and looked to get back on the front foot and could have restored their lead when James scampered in to space on the right but Dior Angus couldn’t apply the finish to his low cross in to the box.

Chris Taylor then almost crowned his league debut with a wonderful goal on the turn but his low shot was excellently pushed round the post by Vigouroux before Yoan Zouma volleyed over from the resultant corner.

Kay saw an effort fly too high after cutting inside from the left and some good defending prevented Angus from getting a clean shot on goal after good from Chris Taylor and Brough in the build-up.

Brough then had to be alert with his defending as Conor Wilkinson charged clean through on goal and only a last-ditch challenge from the Bluebirds man prevented him from getting a shot off.

Barrow had two great chances to snatch the win in injury time; first James lashed a vicious drive off the top of the post before then turning provider by scooping a cross to the back post for Kay but he somehow headed over from close range. 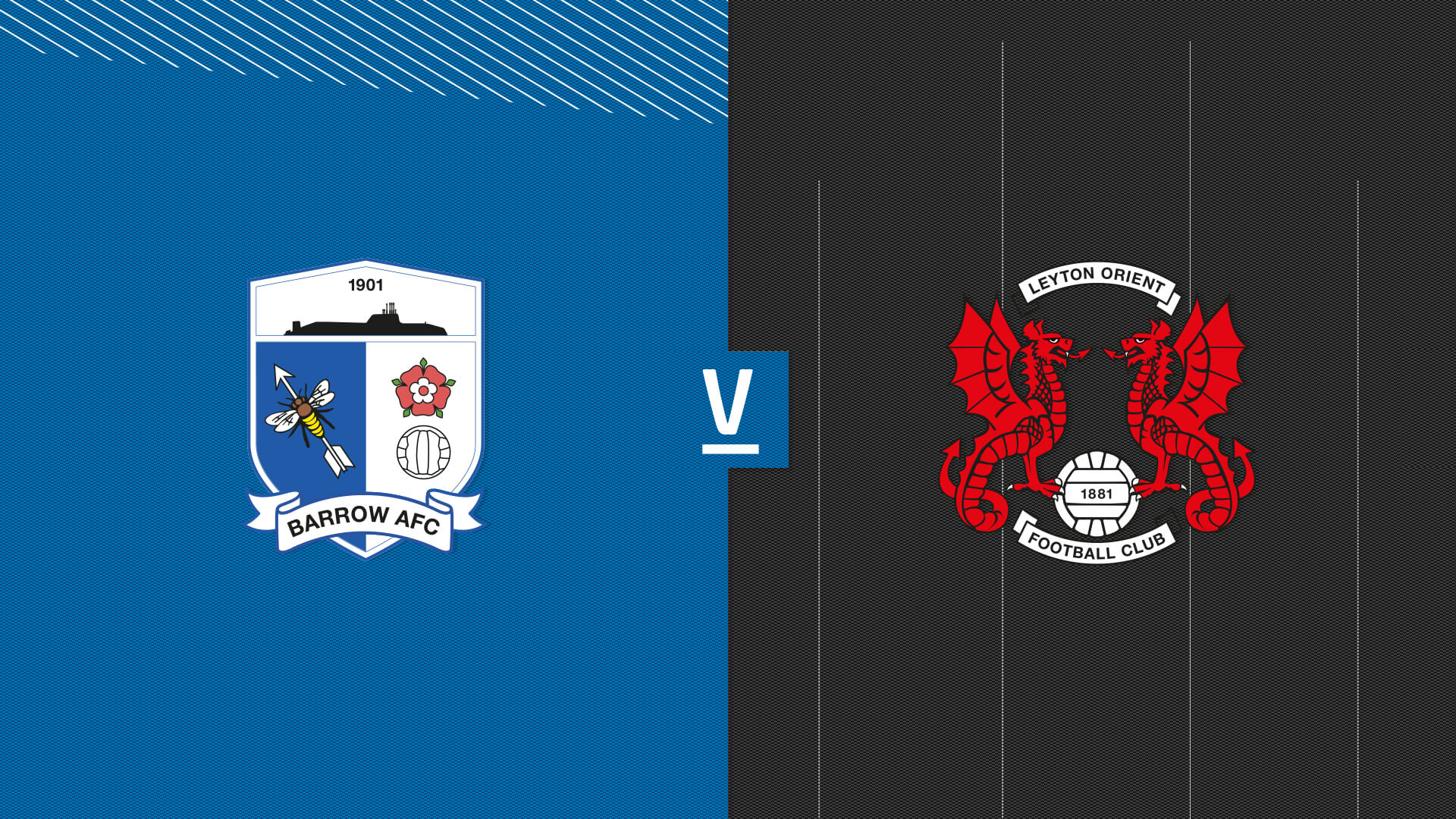 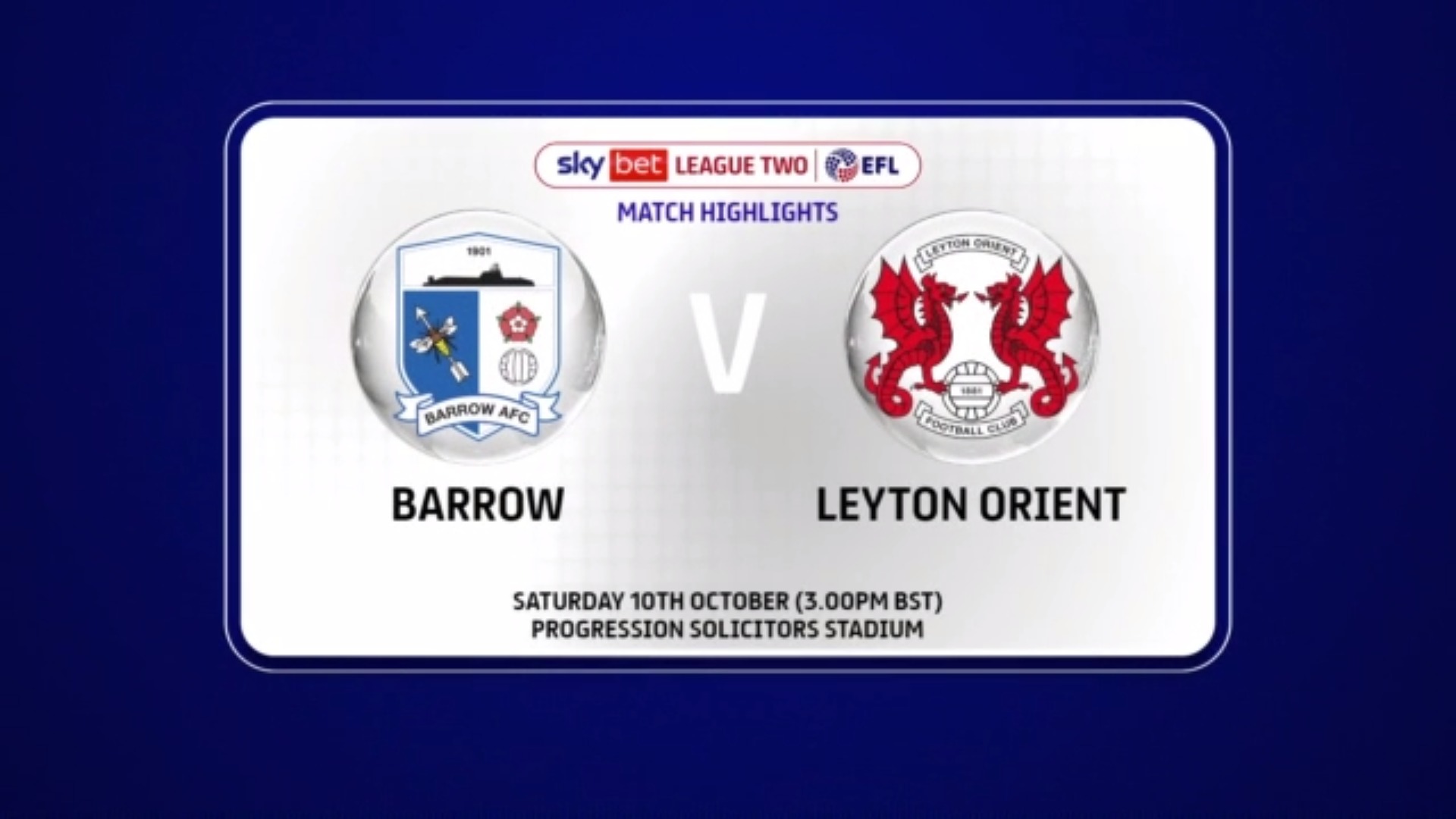 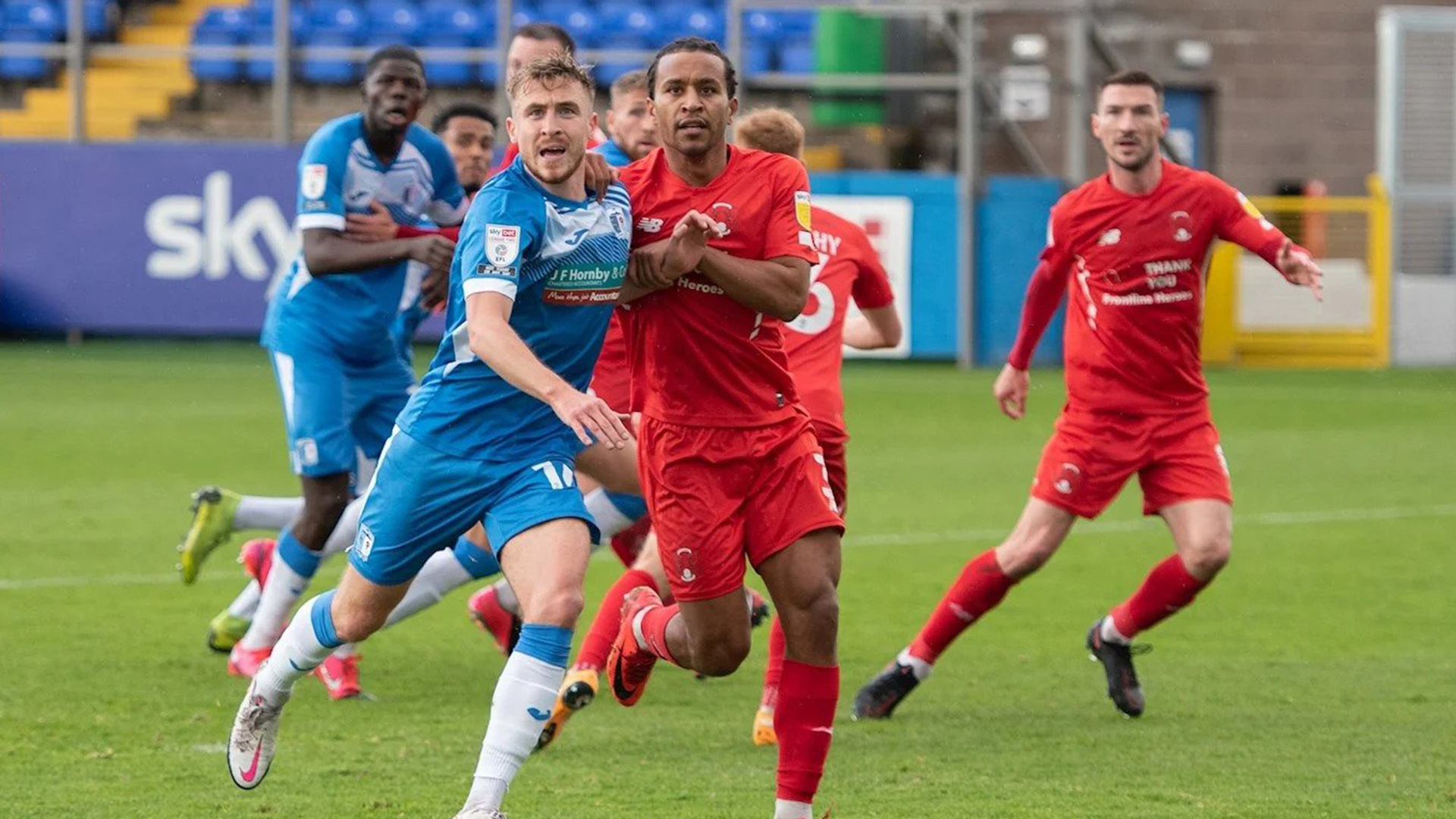