Take a look at everything you need to know ahead of this weekend's Sky Bet League Two action at The Progression Solicitors Stadium.

In Opposition
Walsall pitch up at The Progression Solicitors Stadium this weekend looking to protect an unbeaten league run which stretches back to the tail end of last season.

The Saddlers are undefeated in their last 12 League Two outings, though they have drawn five of their seven league fixtures so far during 2020/21.

A well-run and professional organisation, Walsall were strongly placed to deal with the financial impact of the pandemic and, in Darrell Clarke, they have one of the most astute and well-respected managers in the lower divisions.

They were relegated from League One at the end of 2018/19 but they were just starting to fully find their feet when last term came to a premature close so they will be hoping they can have a real say nearer the top of the table this time around.

One To Watch
Front man Elijah Adebayo has enjoyed an encouraging start to the 2020/21 campaign and has already found the net three times for The Saddlers since football resumed.

The 6ft 4ins powerhouse joined Walsall during the summer of 2019 and scored eight times during his debut season so looks on course to eclipse that this time around if he can maintain his form.

Adebayo came through the ranks at Fulham where he started as an Under-9 but, after a series of loan moves, he was released by The Cottagers and signed a deal with Walsall.

Head To Head
This weekend’s game will represent the 33rd competitive meeting between the two sides but the first since back in February 1970.

The Saddlers have the edge historically, did the league double over Barrow last time the clubs shared a division in 1969/70 and you have go back to April 1936 for the last Bluebirds triumph in this fixture.

Referee
Vastly-experienced former Premier League official Robert Madley will be the man in the middle for Saturday’s game at The Progression Solicitors Stadium.

Madley returned to refereeing at the start of the year after spending several seasons in the top flight and will be rated as one of the top officials in the EFL this term.

So far he’s overseen four fixture during 2020/21, the most recent coming in midweek when he watched Hull City defeat AFC Wimbledon 1-0 on home turf.

Betting
The bookies are finding the two teams difficult to split and have installed Barrow as marginal favourites as 29/20; Walsall are a 7/4 shot right now and a draw is offered at odds of 9/4.

Barrow were made to wait for their first league win of the new season despite twice leading against Walsall at The Progression Solicitors Stadium on Saturday.

Goals from Dior Angus and Luke James put David Dunn’s men in the driving seat on two occasions as the Bluebirds boss returned to the dugout, but two strikes from Caolan Lavery ensured they were left frustrated with a fifth successive home league draw.

Walsall enjoyed some good early possession and engineered a half chance from a right wing corner which was whipped in to the front post for Caolan Lavery but his flicked shot was parried by Joel Dixon.

The Bluebirds then pushed their visitors on to the back foot and began to look a real threat every time they reached the edge of the Walsall penalty area.

Jason Taylor did well to win the ball back high up the pitch to feed Luke James and his pinpoint cross gave Harrison Biggins the chance to volley on goal but he struck it just too high.

James then had a go on goal himself after Josh Kay had cut inside and rolled the ball in to his feet but, after dropping his shoulder to find a yard of space, he clipped a curling effort just wide.

James was at the centre of everything and he turned provider again moment later to set up Jason Taylor for a shot but his firm strike was superbly tipped over the bar by Saddlers keeper Liam Roberts.

The front man came close again just afterwards when he arrived on to a cross from the right and hit a low shot towards the bottom corner but again Roberts was equal to it, getting down low to make an excellent save.

A deserved breakthrough arrived on 24 minutes when Josh Kay showed great positivity to drive down the left side of the area where he was halted in his tracks by a visiting defender and referee Bobby Madley was well positioned to judge it was just inside the box. Dior Angus made no mistake from twelve yards, rifling the penalty high in to the net for 1-0.

The Saddlers lost their skipper, James Clarke, to injury just before half-time but nearly pulled level when Lavery found space twenty yards out but fired too high.

However, the Northern Irish forward was to have the final say of the first half when a cross was delivered in to the box and, when it dropped in to the six-yard area, Lavery reacted quickest to turn it past Dixon to make it 1-1 at the break.

Five minutes in to the second half Barrow restored their lead. James showed great tenacity to keep an attack alive and then cut inside from the left before delivering a wicked shot which nicked off a defender and looped over the keeper and in to top corner of the net.

The Saddlers weren’t behind for long this time though, as the referee spotted a push in the penalty area and pointed to the spot – Lavery slotted home his second of the game from twelve yards to tie the game up at 2-2.

Walsall almost went in front for the first time 12 minutes from time when the tricky Emmanuel Osadebe jinked superbly in to the left side of the area but his low shot across goal came back out off the post and Barrow survived.

Chris Taylor could have won it for The Bluebirds injury time when he came off the bench to meet Brad Barry’s inch-perfect cross from the right but the midfielder’s header was straight at keeper Roberts. 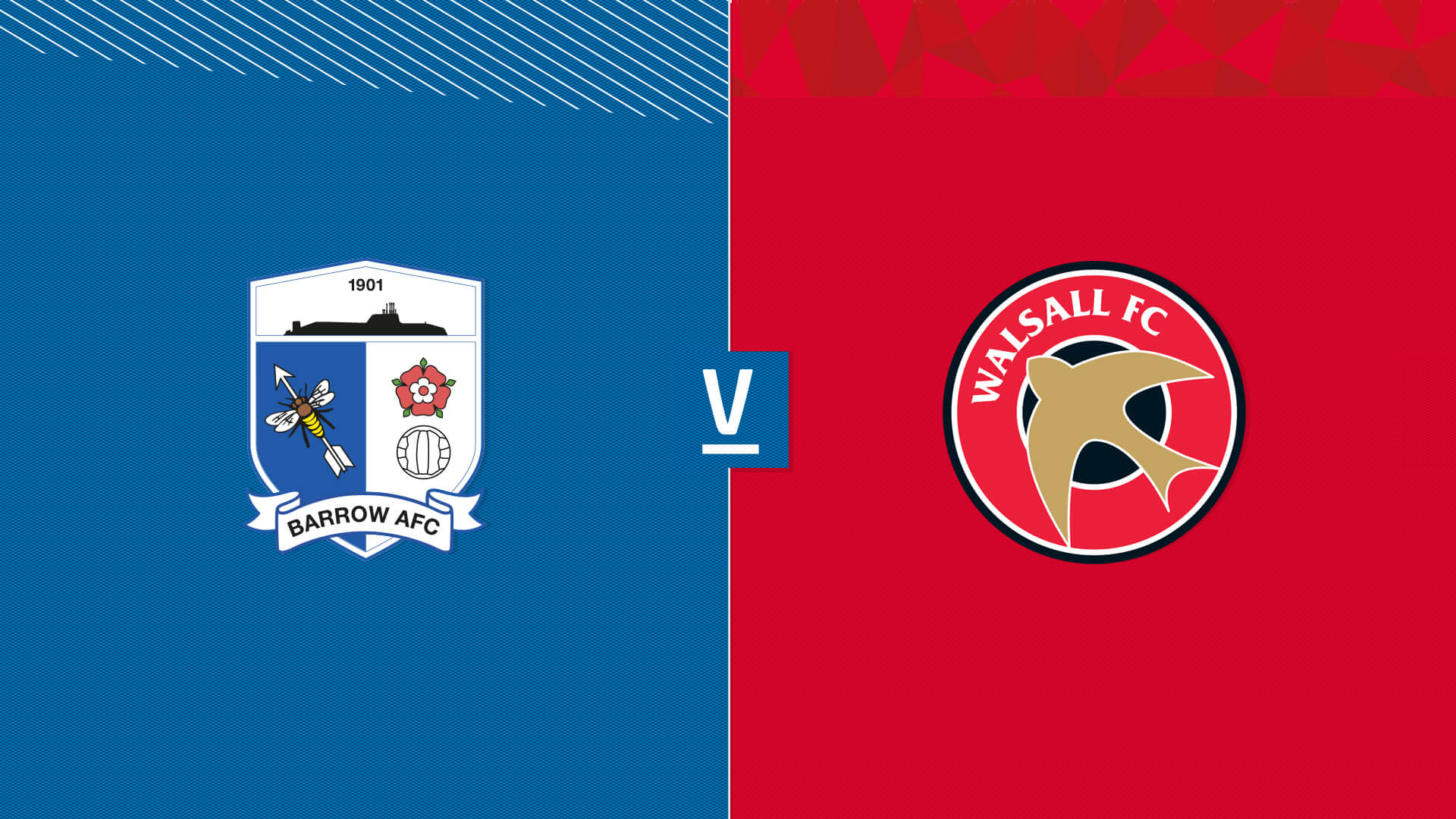 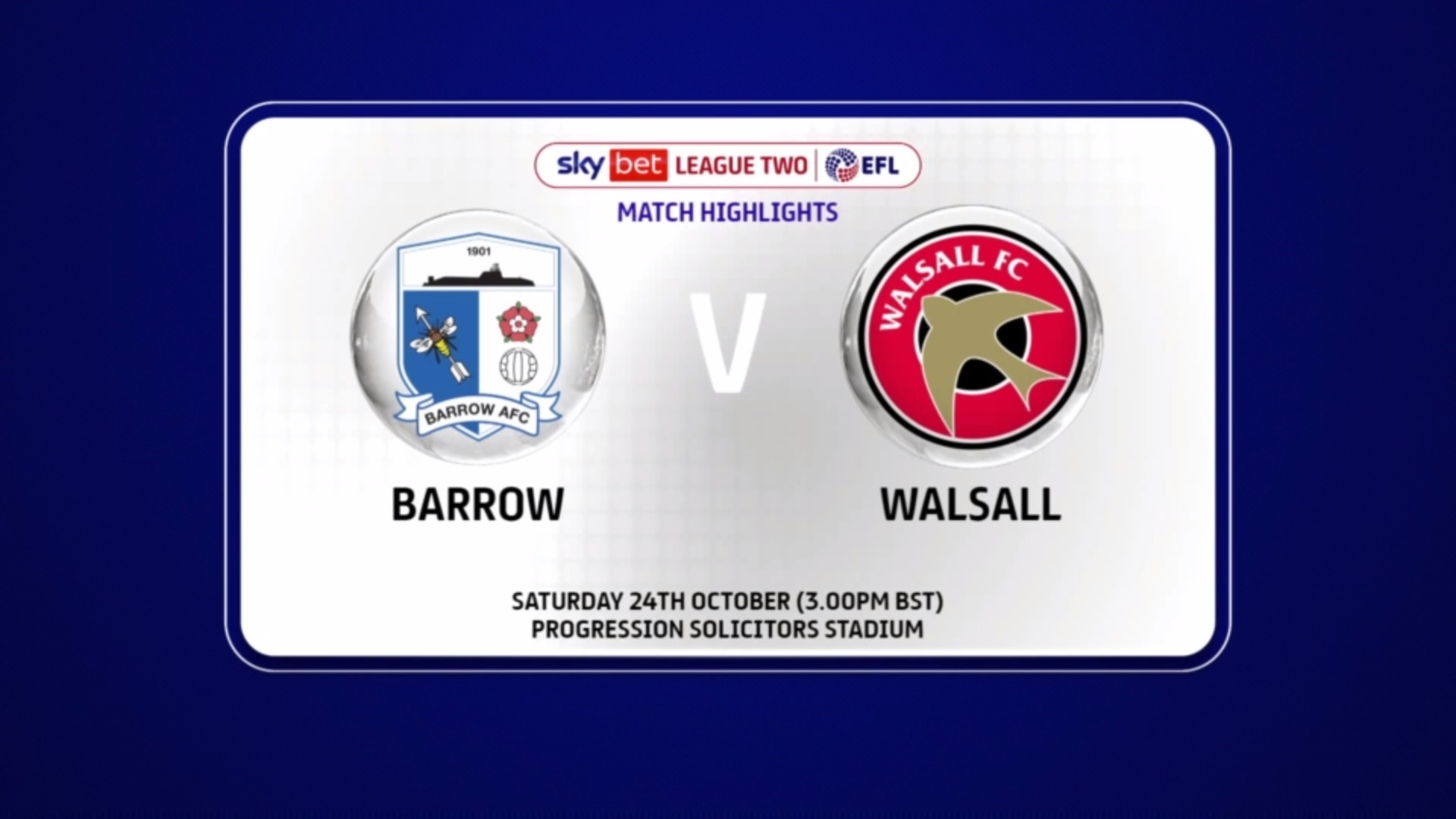 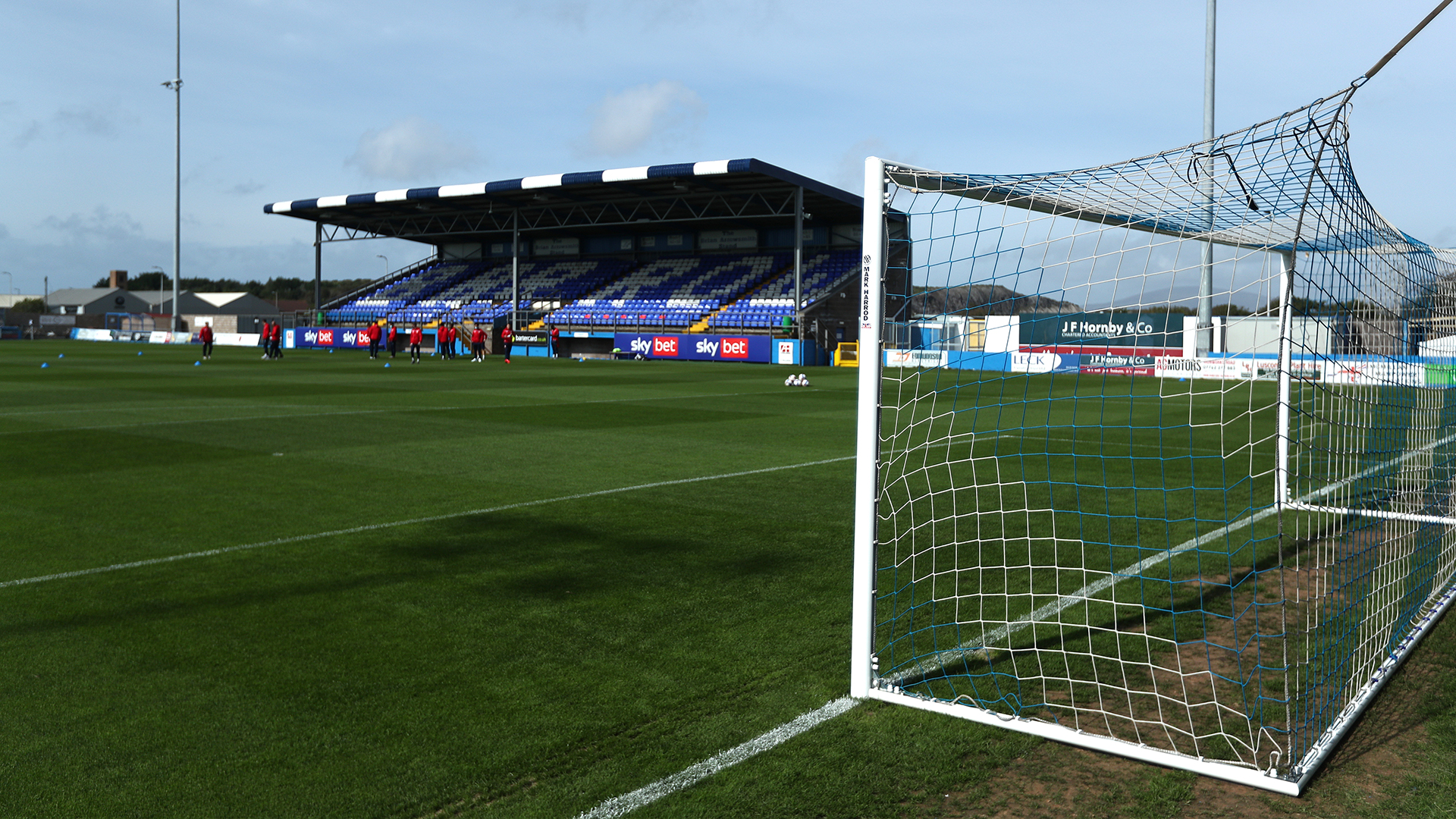