We take an in-depth look at the action ahead of Colchester United's visit to The Progression Solicitors Stadium.

In Opposition
Colchester United have enjoyed an encouraging start to the new campaign and arrive in Cumbria on the back of a confidence-boosting victory over Bolton Wanderers last time out.

The U’s changed their Manager during the summer with John McGreal leaving the club to be replaced by his assistant, Steve Ball.

Ball has continued in the same style as McGreal in terms of making sure youth is given its chance to shine at The JobServe Community Stadium – already this season three of his up and coming stars have been handed debuts.

Having knocked Reading out of the Carabao Cup, The U’s picked up a creditable point away at Bradford City in their opening league game and sit sixth in the formative table ahead of this weekend’s encounter with The Bluebirds.

Head To Head
Saturday’s game will be the 14th time the two clubs have met in competitive action, with the last time back in the 1990/91 campaign when both sides were in non-league.

Prior to that you have to go back to the fateful 1971/72 season for the last occasion on which the sides have shared a division – and when Barrow drew at home before pulling off a surprise 1-0 win at Colchester.

One To Watch
Jevani Brown has made a promising start to the new campaign for The U’s helping himself to two goals already, including one in last Saturday’s impressive win over fancied Bolton Wanderers.

The former Cambridge United front man is now in to his second season at The JobServe Community Stadium and he has kicked-off the 2020/21 season in great style.

Barrow will need to keep a close eye on the former Jamaica youth international this weekend when Colchester make their visit to The Progression Solicitors Stadium.

Team News
David Dunn is boosted by the return to contention of last season’s top scorer Scott Quigley after he completed a three-match suspension carried over from 2019/20.

Referee
Samuel Barrott was promoted to the National League alongside Barrow last season and is now operating at EFL level for the first time.

He has taken charge of three Barrow games in the past, including the astonishing 7-0 thrashing of Ebbsfleet United back in January.

Barrott’s most recent outing came at The Peninsula Stadium two weeks ago when he presided over Salford City’s 2-2 draw with Exeter City.

Betting
Colchester have been installed as 11/8 favourites to collect three points this weekend, while you can back Barrow to win at 19/10 and the draw is available at a price of 9/4.

Live Streaming
Match Passes to watch Saturday’s game live on iFollow Bluebirds are now available – Season Ticket holders will have been emailed a unique code in order to gain free access to the stream.

Mike Jones scored with a screamer as Barrow came from behind to claim a point in their League Two battle with Colchester United at The Progression Solicitors Stadium.

The midfielder struck a beauty midway through the second half to drag The Bluebirds level and cancel out Noah Chilvers’ excellent opener for the visitors.

David Dunn opted to make three changes to his starting eleven as Scott Quigley started his first league game of the season after suspension, while Harrison Biggins and Scott Wilson were both in from the start too.

Dunn’s men quickly settled in to the game and produced some good football of their own minutes later, knocking it around with real authority to work an opening for Harrison Biggins but his effort went too high.

There was a great chance for Barrow with just seven minutes gone as Connor Brown anticipated a lofted ball out of defence and bravely won a header to find Quigley but the front man’s drilled effort flew across goal and wide.

The Bluebirds applied some pressure by forcing a couple of corners but were then almost caught on the counter-attack as Colchester sprung forward with real pace and Joel Dixon had to make a good save to tip Callum Harriott’s shot over the bar.

Dior Angus and Biggins both had further efforts on goal for the home side as the action continued to swing from one end to the other without an opener arriving.

Barrow were agonisingly close to going in front just short of the half hour when Lewis Hardcastle’s wicked corner from the left evaded the keeper but Quigley couldn’t apply the finishing touch and The U’s survived the scare.

The deadlock was broken eleven minutes before the break when Colchester won the ball back high up the pitch and, when Barrow failed to fully clear on the edge of their own box, Chilvers let fly with a true left-footed strike which flew in to the top corner of the net.

Nine minutes in to the second half Barrow were level – and in some style. The U’s made a meal of clearing their lines and the ball fell kindly to Mike Jones twenty-five yards out and the midfielder unleashed a thunderous drive right in to the top-left corner.

Colchester sprung down the other end quickly after the restart and could have reclaimed the lead when Cohen Bramall’s swerving free-kick drew a good save down to his left from Dixon.

The Bluebirds almost moved in front for the first time on 69 minutes when the ball found Quigley on the edge of the area and he intelligently found space to let fly with a curling shot which cannoned back off the right-hand post.

Barrow carved their way through the visiting defence again minutes later when Hardcastle broke the offside trap to storm clear but his shot was blocked by a recovering defender and Quigley couldn’t force the ball home when it came back across the box.

Dixon was then called in to action to ensure a dangerous looping cross didn’t embarrass him at the far post, back-pedalling to fingertip the delivery round the post as Colchester pressed.

The U’s perhaps should have nicked it in the final minute when Luke Norris’ saw his shot deflected wide for a corner from which Miles Welch-Hayes somehow headed over from close range.

There was even an opportunity for Dunn’s side to take the points in injury time when Hardcastle’s free kick from the right found James Jones but the defender’s downward header under pressure bounced in to the turf and then up and over the bar. 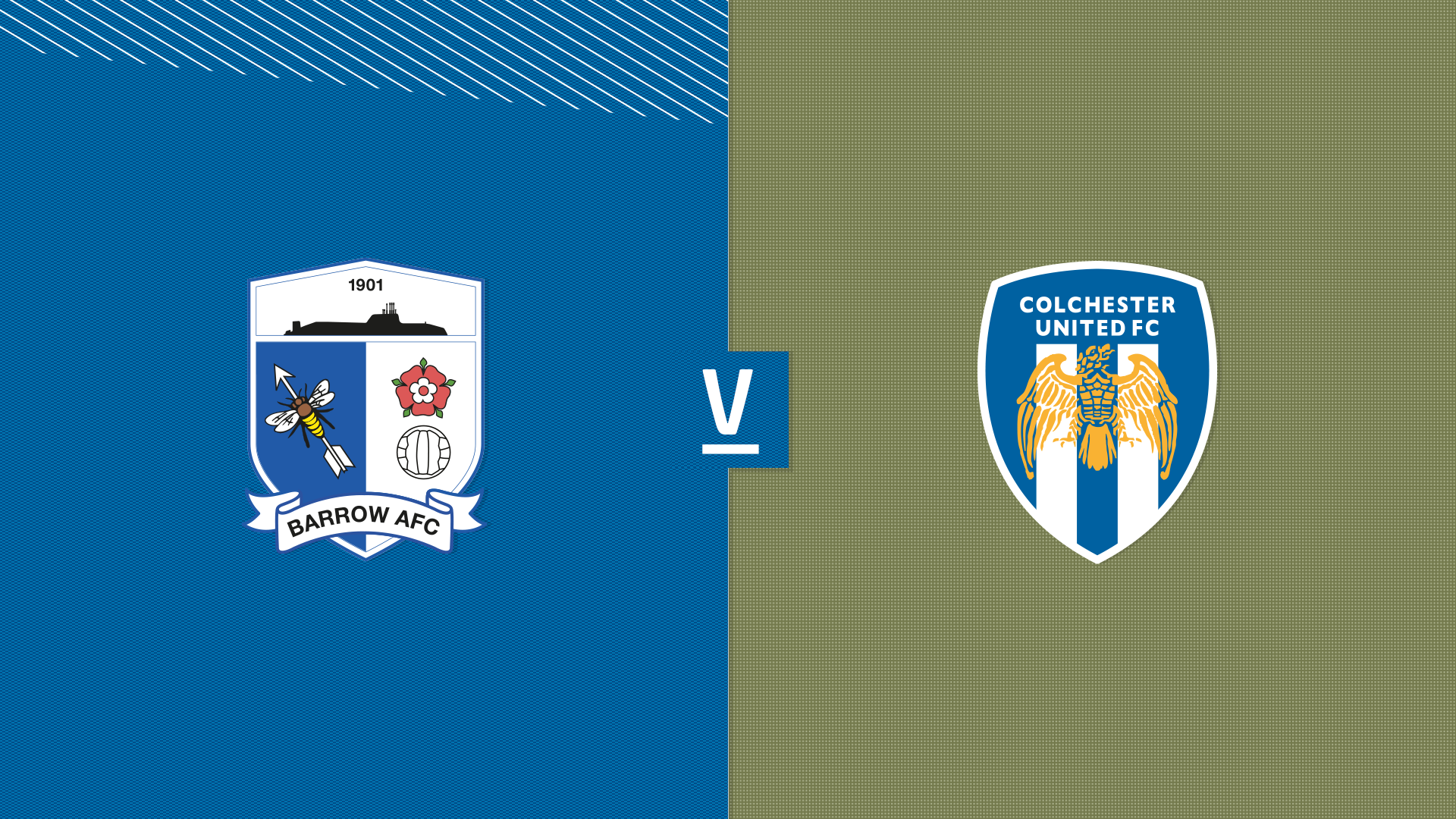 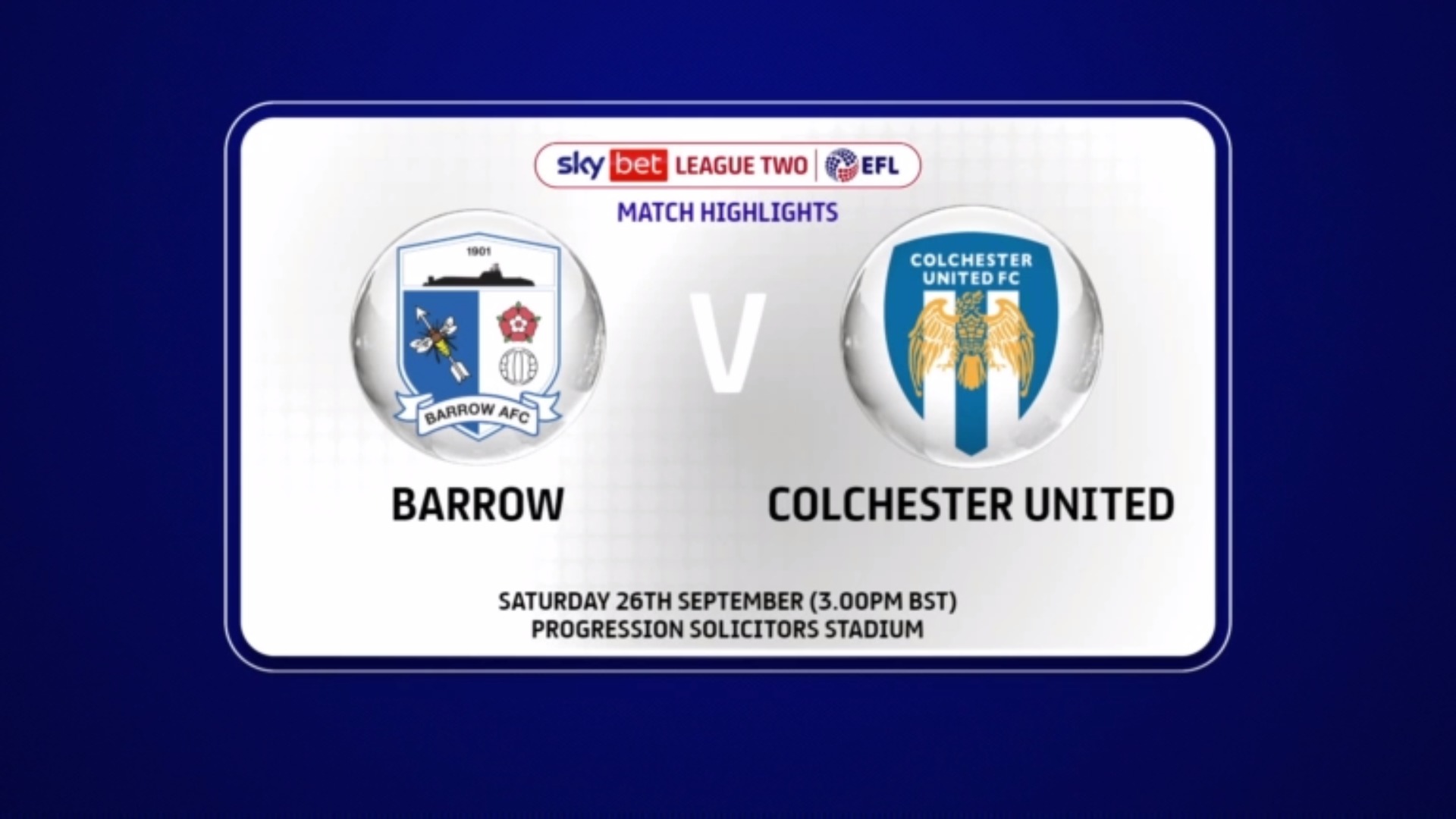 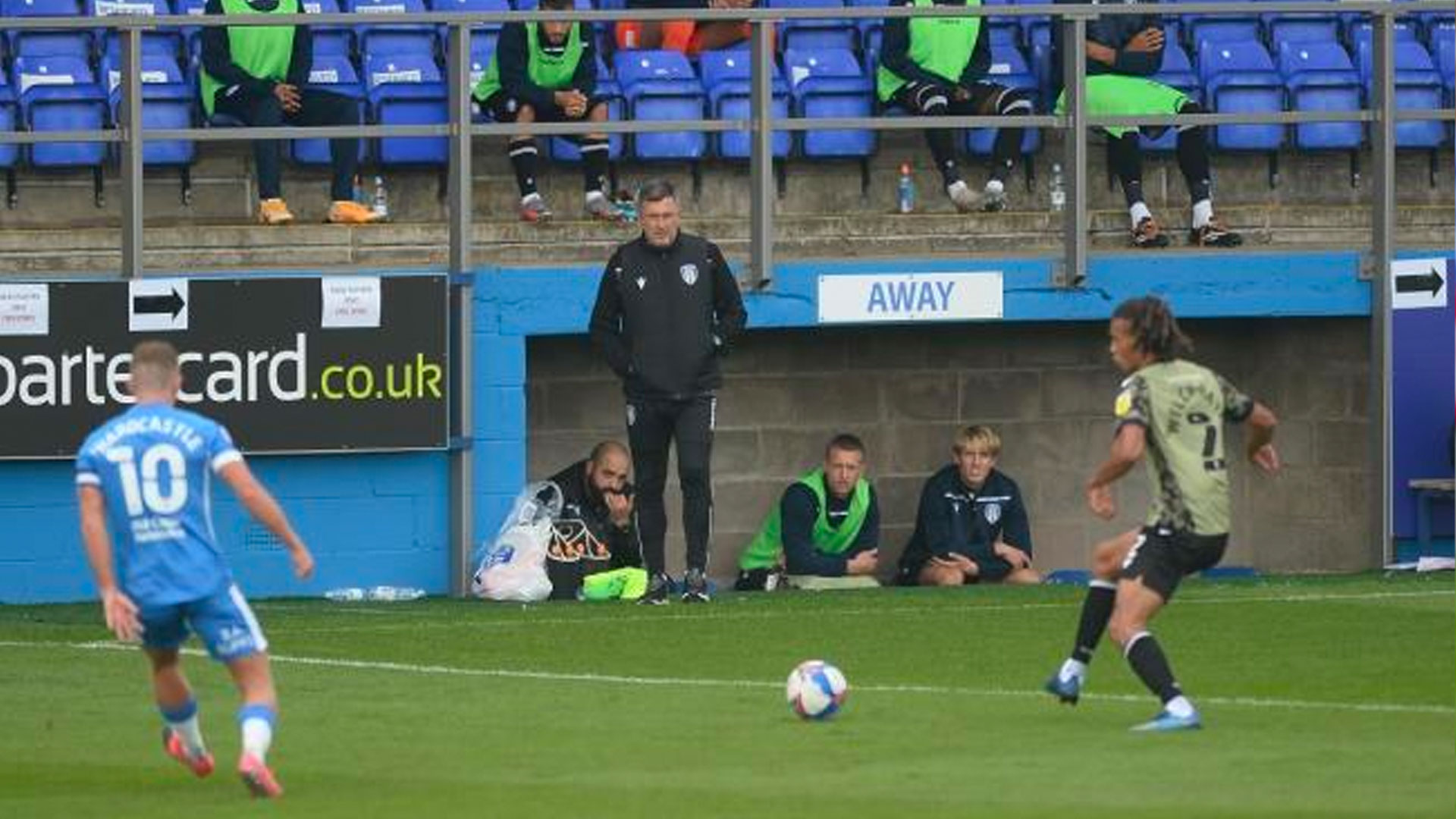