We turn the focus on Saturday's action with a full and in-depth preview of The Bluebirds' trip to The People's Pension Stadium.

In Opposition
The big news coming out of Crawley Town in the build-up to Saturday’s game is the confirmation that investment group WAGMI United LLC have completed their takeover of the club.

The new owners have promised to respect the history of Crawley and pledged to bring “a new era of transparency and accountability to supporters and the local community”.

It means for exciting times for fans of the Sussex club and hopes will be high that they can make good on their ambitions of reaching League One over the next couple of seasons.

At present, John Yems’ side sit 13th in the League Two table and have lost four of their last six fixtures – though they have won their last two outings on home soil.

One To Watch
Tom Nichols has been in positive form for Crawley Town during recent months and has scroed two goals in his last three games as he eyes a strong end to the campaign.

The front man joined The Red Devils in September 2020 from Cheltenham Town and has been a regular scorer ever since when fit and in the team.

The former Exeter City trainee has now hit double figures for 2021/22 so Barrow defenders will need to keep an eye on him at The People’s Pension Stadium this weekend.

Head To Head
The Bluebirds will be looking to avenge the 1-0 defeat suffered at the hands of Crawley Town in November when James Tilley scored the only goal of the game at The Dunes Hotel Stadium.

Barrow were beaten 4-2 on their trip to Crawley last season in David Dunn’s last game in charge, while their only previous win in Sussex came back in October 2009.

Referee
Craig Hicks will be on the whistle for a Barrow game for the second time this season when he takes charge of this weekend’s fixture at The People’s Pension Stadium.

The experienced official is now into his fifth season as an EFL referee and last oversaw The Bluebirds during our 2-1 defeat at Newport County at the end of January.

Tickets
Tickets are no longer available in advance, but Bluebirds fans can purchase on the day at The People’s Pension Stadium.

However, those living abroad can access live footage as usual and can buy Video Match Passes now to watch all the action from The People’s Pension Stadium.

Betting
Crawley Town have been installed as 5/4 favourites for three points this weekend with The Bluebirds rated a 2/1 shot and the draw priced up at 9/4 by our friends at Sky Bet.

Barrow fell to a fourth successive defeat as Kwesi Appiah’s instinctive second half finish was enough to secure three points for Crawley Town at The People’s Pension Stadium.

Phil Brown’s men held their own during a first half in which they spurned several half chances to go in front, but the hosts were improved after the break and Appiah’s finish just before the hour proved decisive.

It was a slow start from both sides, but it was Barrow who began to settle the quicker and they had the first real chance on nine minutes when Ollie Banks’ cross from the right found its way through to Josh Kay, but he could only send an effort just wide of the post.

There was a nervous moment for Town keeper Glenn Morris on 17 minutes when Paul Farman’s long clearance skipped up a little higher than the Crawley shot stopper had expected and it almost looped over him only for him to fingertip it round the post.

A corner from John Rooney on the left was poorly defended by the home side and Banks arrived to shoot from 12 yards only for his low strike to flash wide of the upright.

There was danger at the other end when Crawley seized on a loose pass in midfield to drive forward on goal, but Kwesi Appiah could only drag his shot across goal and wide.

Rooney then clipped a free kick in from the left which Crawley again failed to deal with and Joe Grayson came close to netting a goal on his return to the starting eleven, but his volley dropped wide.

The lively James Tilley jinked into some space on the right for the hosts before delivering a wicked cross into the front post which was glanced on by Tom Nichols but gathered comfortably by Farman.

Matt Platt’s downward header from a corner was straight at keeper Morris, while Josh Kay drilled a powerful effort too high after cutting inside from the left.

Town responded with an effort from long-range in first half stoppage time, but Isaac Hutchinson’s speculative strike dipped just too late to cause a problem for Farman.

Farman had to be alert in the early stages of the second half when a right-wing corner was only cleared as far as Jack Payne whose powerful drive was blocked before the Bluebirds keeper made a great save from George Francomb’s follow-up strike.

Town should have been in front on 56 minutes when a corner was worked short and clipped into the area where Appiah could only nod an effort wastefully wide from close range.

However, Appiah made up for that just a minute later when Town again worked a good position on the left and a low ball came into the area for the front man who cleverly flicked it beyond Farman with the outside of his right boot for 1-0.

The home side were on top now and could have gone further in front but for a good block from Matt Platt, while Ashley Nadasan fed a lovely ball across the face of goal which was begging to be tapped in but nobody in red could oblige.

Barrow began to recover their composure and came close to levelling when Banks found a route towards the edge of the box and prodded a shot on goal, but it drifted just wide of the post.

Josh Gordon came off the bench for The Bluebirds and had a half chance when he found space on the right of the area, but his shot was deflected behind, and the resultant corner was cleared.

The hosts could have made the game safe five minutes from time when the flag stayed down as Appiah ran in behind, but Farman charged from his line to make a big save to deny him.

Substitute Luke James came agonisingly close to rescuing a point for The Bluebirds in the first minutes of stoppage time when he unloaded a shot which was arrowing into the bottom corner before it was cleared off the line by a defender.

Here are all the details you need if you want to follow The Bluebirds in action at The People's Pension Stadium.

We have an allocation of just over 300 tickets for our game against Crawley Town at The People’s Pension Stadium on Saturday 9th April (3pm kick-off).

Tickets are no longer on sale in advance but Bluebirds fans will be able to buy on the day of the game at Crawley prior to kick-off.

Wheelchair users can buy their tickets and claim a free carer’s ticket by calling Crawley Town direct on 01293 410 000.

Away Travel
The Bluebirds Trust are organising coach travel for Saturday's game at The People's Pension Stadium.

Click here for full information and to make a booking. 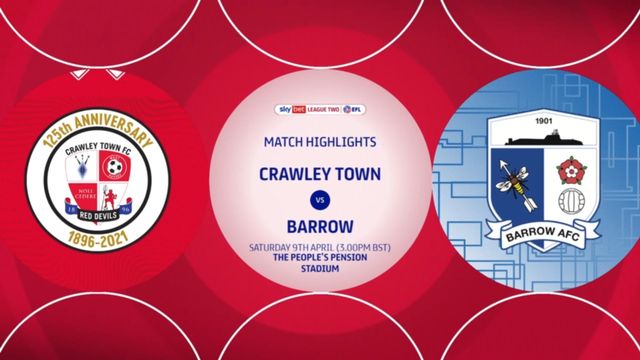 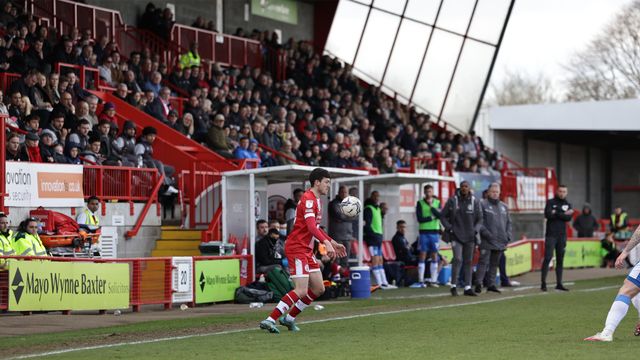