We turn the spotlight on Tuesday night's big game with a full and in-depth preview of The Bluebirds' League Two trip to St James' Park.

In Opposition
Exeter City go into Tuesday evening’s game against The Bluebirds knowing they are withing touching distance of clinching a glorious promotion to League One.

The Grecians need one more win to ensure a top three finish but could yet land the League Two title because victory over Barrow would take them level on points with Forest Green Rovers with two games left.

The fact they’re on the brink of automatic promotion is even more remarkable when you take into account that they had fallen out of the top seven at the end of 2021 on the back of a run of six games without a win.

Since the turn of the year, City have tasted defeat just twice and have picked up an astonishing 46 points from the last available 60 to move close to a return to League One for the first time since 2012.

One To Watch
Thimothee Dieng has become a huge hit with Exeter City fans since completing a move to St James’ Park during the summer following his departure from relegated Southend United.

The midfield ace has struck 14 goals in all competitions for The Grecians this term and has been a big part in their fantastic recent run which has seen them move to the brink of promotion.

He was on target during their weekend win over Rochdale and was voted into the League Two Team of the Season at the EFL Awards on Sunday evening.

Head To Head
Barrow have yet to taste defeat against Exeter City in three meetings since The Bluebirds returned to the Football League, though the last two encounters have ended all-square.

This weekend is almost 55 years to the day since Barrow’s last win in Exeter and Phil Brown’s men will be hoping that is a positive omen for Saturday’s fixture.

Referee
Lee Swabey will take charge of his first Barrow fixture of the season when he’s on the whistle for our visit to Exeter City on Tuesday night.

The experienced official has been on the EFL’s list of referees since 2015/16 and you have to go back to January 2013 for his last Bluebirds appointment when he saw us win 2-0 at Newport County.

Swabey’s most recent outing came on Saturday when he presided over MK Dons’ 2-0 win over Morecambe in League One.

Tickets
Fans can buy their tickets on the day at Exeter City’s Away Ticket Booth, which is located close to the away turnstiles on St James’ Road.

Live Streaming
Due to this game now being played in midweek, we are allowed to live stream the action to supporters in the UK and the rest of the world.

That means you can enjoy full live video coverage of our trip to St James’ Park by joining us on iFollow and picking up your Video Match Pass.

Live Commentary
You can listen to live online audio commentary from every game during the run-in on iFollow as part of our ongoing broadcast partnership with our friends at BBC Radio Cumbria.

It’s the only way access online commentary and fans will be able to listen to expert Bluebirds commentator Adam Johnson who will be joined by Chris Beard at Exeter.

Betting
Exeter City have been installed as big 11/20 favourites for three points on Tuesday, while The Bluebirds can be backed at odds of 5/1 and a draw is priced up at 11/4 with our friends at Sky Bet.

Here are all the ticket details you need if you want to follow The Bluebirds in action at St James' Park on Tuesday evening.

Tickets for our League Two game against Exeter City at St James’ Park are on sale in advance from The Grecians by calling 01392 413 952.

Bluebirds supporters now only have seated tickets available for the game - if you have already purchased a terrace ticket, you will be automatically upgraded to a seat.

Tickets will be on sale at Exeter on the evening of the game by visiting The Grecians' Away Ticket Booth, which is located on St James' Road just along from the away turnstiles.

Tickets purchased for the original fixture remain valid for this rearranged date.

Wheelchair disabled supporters can buy tickets for the disabled bay which is located close to the away end by calling City on 01392 411 243 (option 2) or my email to either reception@ecfc.co.uk or tickets@ecfc.co.uk – there are three pairs of tickets available.

Ambulant disabled fans are charged as per their appropriate age category and an assistant will receive a free ticket if required. 
Here's a look at all the details you need if you want to follow The Bluebirds in League Two action at St James' Park. 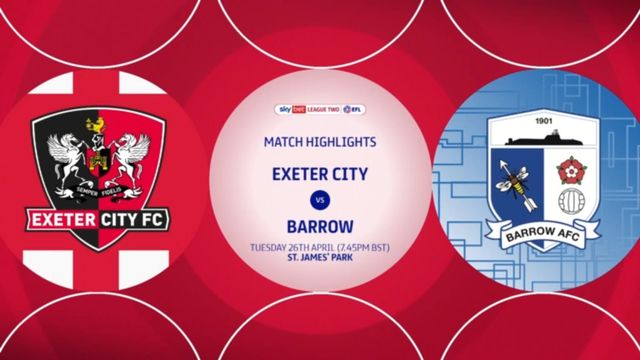 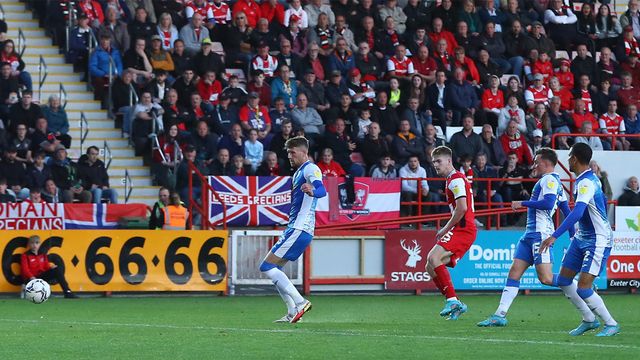