We take a closer look at Saturday's League Two action with a full and in-depth preview of The Bluebirds' trip to The County Ground.

The Robins are currently eighth and two points behind Sutton United who occupy the final play-off berth but victory over Barrow and another on the road at Walsall next week could push them back into the picture.

Boss Ben Garner has done a fabulous job in Wiltshire since being appointed as the new man in charge at The County Ground during the summer and has got Town playing an attractive style of football.

However, now it’s all about results and Swindon will hope to back up an eye-catching 3-0 win at Hartlepool United and their impressive victory over leaders Forest Green Rovers with a third successive victory on Saturday.

One To Watch
It was no surprise to anyone when Swindon Town striker Harry McKirdy was named in the League Two Team of the Season at the EFL Awards in London last Sunday evening.

The front man has been nothing short of sensational for The Robins since making a switch to The County Ground last summer after impressing boss Ben Garner on a trial after leaving Port Vale.

Vale’s loss has very much been Swindon’s gain and the 25-year-old struck his 19th and 20th goals of the season in last weekend’s brilliant win at Hartlepool, taking his tally to seven in his last nine games.

Head To Head
Saturday’s game will be just the sixth competitive encounter between the two clubs and the record is totally equal with both having won two and one meeting finishing in a draw.

It was The Bluebirds who had the upper hand when Town came to The Dunes Hotel Stadium in December as penalties from Ollie Banks and Josh Gordon secured a 2-0 win.

However, Barrow’s last trip to The County Ground – way back in May 1969 – ended in defeat when The Robins followed up a 3-0 success in Cumbria earlier in the campaign with a 2-0 success on home soil.

Referee
Robert Lewis will take charge of his second Bluebirds fixture of the season when he’s the man in the middle for Saturday’s League Two visit to Swindon Town.

The vastly experienced official was also on the whistle when Barrow played host to Fleetwood Town in the group stage of the Papa John’s Trophy back in October.

Lewis’ most recent appointment was at Sixfields Stadium on Easter Monday when he watched Northampton Town sweep Harrogate Town aside with a 3-0 win.

Tickets
Barrow supporters can buy their tickets for the weekend online or from the Swindon Town Ticket Office ahead of kick-off on the day of the game.

However, those living abroad can access live footage as usual and can buy Video Match Passes now to watch all the action from The County Ground this weekend.

Betting
Swindon Town have been installed as big 4/9 favourites for victory this weekend, while Barrow are rated a 21/4 shot for three points and you can back a draw at 16/5 with our friends at Sky Bet.

The Bluebirds fell to a slender defeat to play-off chasing Swindon Town on Saturday who needed a late goal to take all three points at The County Ground.

It looked as though Phil Brown’s side had snatched a point when Matt Platt’s 8rd-minute header cancelled out Josh Davison’s opener – but there was a sting in the tail for Barrow as Louis Reed rammed in a winner with four minutes remaining.

Barrow began the game in positive fashion and Matt Platt had a decent chance inside four minutes when he met John Rooney’s corner from the left, but his header looped over the bar.

Platt then had to be in the right place at the other end when he got his head in the way of Louie Barry’s curling effort to send it wide after the Town winger had cut inside menacingly from the left flank.

Bluebirds centre-back Platt had an even better chance to open the scoring with 11 minutes on the clock when Robbie Gotts dangled a cross into the edge of the six-yard area but this time the header dropped wide.

The Robins should have gone in front on 17 minutes when Jack Payne raced in behind down the right-hand side and slipped the ball across for Josh Davison, but he inexplicably struck his shot from six yards straight at the grateful Paul Farman.

However, the home side did strike first midway through the first half when a ball in from Jonny Williams caused problems in the Barrow box and Davison was this time able to apply the decisive touch and prod it past the wrong-footed Farman.

Josh Kay was proving The Bluebirds’ best outlet up front, and he did well to engineer some space on the right of the area to fire a low cross into the front post where Rooney’s flick sent it into the side netting.

Swindon produced some great football cut Barrow open when Louis Reed fed the ball in behind for Mandela Egbo and he showed great vision to cut it back for the arriving Harry McKirdy, but he drilled wastefully over with the goal gaping.

The Robins could have doubled their lead within 30 seconds of the restart when McKirdy collected possession on the right corner of the box and showed great positivity to unleash a low strike across goal which went agonisingly wide of Farman’s far post.

Phil Brown opted to make a double change on 50 minutes with Joe Grayson and Ollie Banks introduced and the pair both had shots blocked within a minute of coming on before Kay’s follow-up flashed just wide of the post with keeper Lewis Ward looking beaten.

Barrow put together another good move down the right which ended with the ball being swept into the area and, when it was cleared, Rooney took a touch before sending a volley on goal which was gathered by Ward.

The dangerous Payne did brilliantly to slalom inside from the right for Town before lining up a shot on goal which was blocked well and fell wide of the near post as Barrow defended with determination.

Town were increasing the pressure though and McKirdy smashed an effort just over the bar before Farman had to rush from his line to make a big save from Louie Barry’s goalbound drive.

McKirdy had an even bigger chance to make it 2-0 when he evaded the offside trap and calmly dribbled around Farman only for Grayson to get back on the line and make a brilliant block at the front post.

Barrow were having to work hard to keep Town at bay, but they could have grabbed an equaliser on 75 minutes when they went racing forward on the counter and the ball found Rooney whose curling effort took a deflection and needed tipping over by the backtracking Ward.

The move inspired confidence in The Bluebirds and they came forward with menace again with eight minutes remaining and this time the ball was worked right for Remeao Hutton who came inside before curling an effort just over the bar.

Swindon didn’t heed the warning though and Barrow were level a minute later. Rooney’s delivery from a deep free kick found Platt at the far post and his downward header squirmed through Ward’s grasp and levelled the game up at 1-1.

However, the 223 travelling fans had hardly stopped celebrating when the hosts went back in front. A flowing move down the right saw the ball moved to the edge of the box for Reed and he drilled a low shot into the bottom left corner to restore The Robins’ lead.

Brown’s men continued to fight and nearly drew level again on 89 minutes when Kay got into space on the right of the area and drilled a low shot on goal which was excellently parried away by Ward.

Here are all the details you need if you want to follow The Bluebirds in the last away game of the season at The County Ground.

Tickets for our Sky Bet League Two fixture against Swindon Town at The County Ground on Saturday 30th April (3pm kick-off) are available to purchase now via The Robins’ Online Tickets Portal.

Bluebirds supporters have snapped up 174 of the initial allocation of 200 seats in the Arkell Stand but more are available and they can be bought online via Town's website right up until kick-off.

You'll need to register on The Robins' Tickets Website and then, once you have purchased, tickets will be sent out to you digitally.

IMPORTANT NOTE: Away supporters must purchase for the AW3 block of the Arkell Stand

Click here to buy your tickets for the game online now.

Tickets will also be available on the day of the game online right up until kick-off and at Swindon Town’s Ticket Office.

Disabled supporters will pay as per their relevant age category and a carer’s ticket can be provided free of charge if required.

Wheelchair users must call The Robins Ticket Office on 0330 002 1879 (Option 1) in order to book their tickets for the game.

Away Travel
The Bluebirds Trust are organising coach travel to the game at Swindon Town and are taking bookings now if you would like to travel with them. 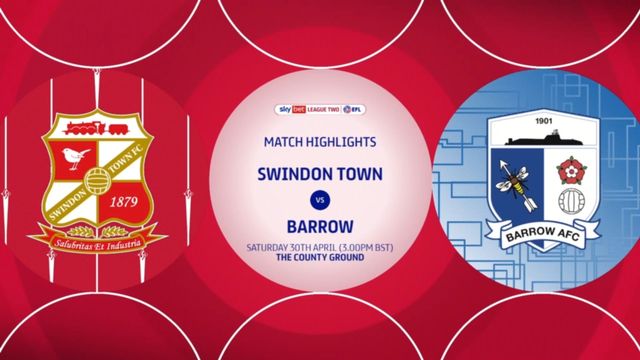 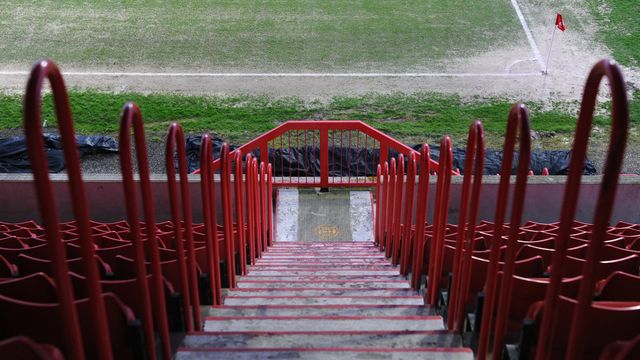