Take a look at everything you need to know ahead of this evening's Carabao Cup Second Round tie against Aston Villa at The Dunes Hotel Stadium.

In Opposition
Aston Villa arrive at The Dunes Hotel Stadium hoping to build on an encouraging weekend victory over Newcastle United in the Premier League.

Three points against The Magpies will go some way to wiping away the disappointment of an opening day 3-2 defeat at Watford as Dean Smith’s men head for Cumbria tonight.

Villa have reacted quickly to the record-breaking sale of Jack Grealish to Manchester City and will hope that the arrivals of Leon Bailey, Emi Buendia and Danny Ings can help lessen the impact of his departure.

However, Smith is likely to rotate his squad tonight and give minutes to some of those who haven’t feature in their opening games or perhaps blood some of the club’s talented youngsters.

One To Watch
Danny Ings announced himself to the Villa faithful in spectacular fashion on Saturday when his outstanding overhead kick helped them to a 2-0 win over Newcastle United.

The England forward was a surprise arrival at Villa Park and one which went under the radar as Dean Smith and staff at the club worked behind the scenes to try and replace the departing Jack Grealish.

Ings, now 29, has plenty of Premier League experience under his belt and few would bet against him building on his fine start to life in a Villa shirt during 2021/22.

Head To Head
This is the first competitive meeting between the two clubs.

Referee
This evening’s cup tie with Aston Villa will be under the watchful eye of Martin Coy, who will make his first visit of the season to The Dunes Hotel Stadium.

The official has been on the EFL’s list of referees for four years and has so far operated across Leagues One and Two during the current campaign.

Live Television Coverage
The tie will be broadcast live on Sky Sports Main Event and Sky Sports Football, with coverage beginning at 7.30pm.

Fans will be able to listen to expert Bluebirds commentator Adam Johnson, who will be joined by Mark Boyd for full coverage of this evening’s cup tie.

Betting
Aston Villa have been installed as 2/7 favourites to win inside 90 minutes this evening, with Barrow rated a 10/1 shot to pull off a cup shock and a price of 17/4 on the tie going to penalties.

Barrow bowed out of the Carabao Cup at the hands of Aston Villa despite a battling performance in front of a sell-out crowd at The Dunes Hotel Stadium on Tuesday evening.

The Sky Sports cameras rolled into town along with a host of national press all hoping to see an upset, but it rarely looked on the cards as a Villa side which showed ten changes from the weekend win over Newcastle United turned on the style.

The Bluebirds started with a spring in their step, roared on by an enthusiastic crowd, and Ollie Banks whipped a dangerous freekick across the Villa box which flashed wide at the far post.

However, Dean Smith’s visitors were in front on ten minutes when a sweeping move down the left saw the ball fed low across the six-yard area where Cameron Archer was able to rifle home the opening goal.

Carney Chukwuemeka could have made it 2-0 just after the 20 minutes mark when he showed strength and skill to wriggle away from a couple of challenge, but his low drive was well held by Paul Farman.

A couple of minutes later it was 2-0 though. Josh Gordon clipped the heels of Archer in the area and Anwar El Ghazi chipped a cheeky Panenka penalty down the middle to double Villa’s advantage.

There were appeals for a spot kick at the other end not long afterwards when Offrande Zanzala went down under pressure, but the referee was well positioned and was unmoved.

Former Birmingham City man Remeao Hutton almost helped The Bluebirds reduce the arrears when he did well to find space to cross from the right but Zanzala’s looping header was agonisingly too high.

The game was over as a contest in first half injury time when another decisive move from Villa was finished off El Ghazi who swept home at the far post for 3-0.

Barrow made a spirited start to the second period and could have pulled a goal back when Zanzala teed Banks up on the edge of the box and he cleverly side-stepped into space and drove an effort on goal which keeper Jed Steer did brilliantly to turn away down to his left.

However, just after the hour it was Villa who got their fourth when Archer raced clear on the right side, and he produced a wonderful, clipped finish over Farman as he advanced from his line.

To their credit, Barrow kept going and Patrick Brough had a couple of half chances, first shooting into the side-netting before planting a header just over the bar from a corner.

It was therefore particularly harsh on The Bluebirds when Villa grabbed a fifth goal fifteen minutes from time. Farman did well to save at the feet of Jaden Philogene-Bidace but when the ball fell loose it was rattled home by Frederic Guilbert.

There was even time for Cameron Archer to complete his hat-trick late on, profiting from some brilliant play from Philogene-Bidace, whose incisive pass put it on a plate for his teammate to make it 6-0. 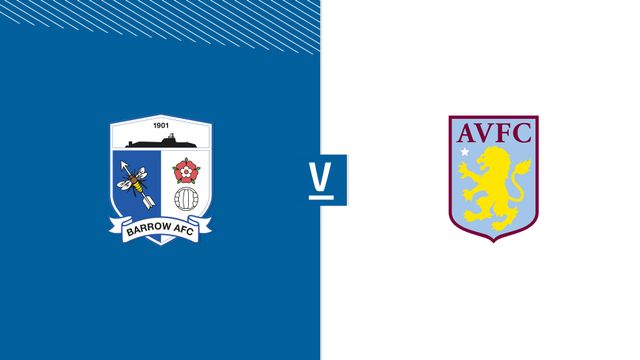 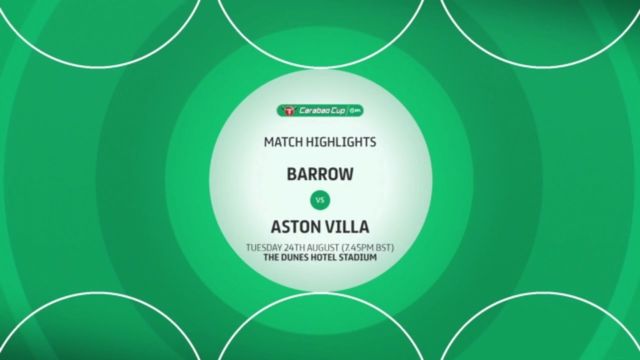 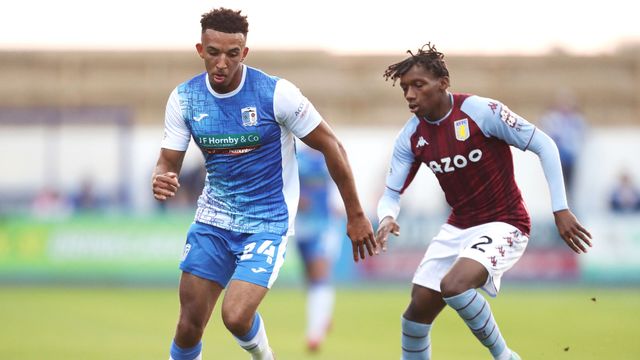