We look ahead to Saturday's action at The Dunes Hotel Stadium with a full and in-depth preview of our League Two meeting with Bristol Rovers.

In Opposition
Bristol Rovers saw their five-year stay in League One come to an end last term when they relegated at the end of a forgettable 2020/21 campaign.

Joey Barton arrived at The Memorial Stadium in February and, whilst he couldn’t prevent relegation, he has been given the green light to completely overhaul his squad during the summer.

However, his new-look outfit are yet to hit top gear and they arrive in Cumbria this weekend looking to respond following last weekend’s disappointing 4-1 reverse at Exeter City.

Rovers did collect three points in their last home outing against Oldham Athletic, but they have lost their other four encounters so far this term, including a Carabao Cup exit at the hands of Cheltenham Town.

One To Watch
Harry Anderson was one of thirteen new signings drafted in by Bristol Rovers boss Joey Barton over the summer and brings with him a real creative spark.

The talented winger has spent the last four years at Lincoln City where he won the EFL Trophy in 2017/18 before helping The Imps to the League Two title the following season.

A former Crawley Town youngster, Anderson went on to make his senior debut in Peterborough United colours but Lincoln stumped up an undisclosed fee to take him to Sincil Bank in 2017.

Head To Head
Saturday’s game will be just the ninth competitive encounter between the clubs and Bristol Rovers have the slight edge historically having won four times in comparison to The Bluebirds three victories.

The last meeting was in December 2016 when the sides were paired together in the FA Cup and Barrow out 2-1 winners thanks to a Memorial Stadium brace from Byron Harrison.

Referee
Ross Joyce will make his first visit of the season to The Dunes Hotel Stadium this weekend when he takes charge of our meeting with Bristol Rovers.

The official is now in his seventh season on the EFL list of referees, having been moved up from the National League for the start of the 2015/16 campaign.

His last trip to Barrow came last term when he oversaw our 2-1 win over Exeter City in April, while his most recent appointment came at Northampton Town on Tuesday as they were knocked out of the Carabao Cup by AFC Wimbledon.

Tickets
Tickets for Saturday’s game against Bristol Rovers are on sale now online and from The Dunes Hotel Stadium and fans can make a saving by buying in advance.

Home and away fans will also be able to buy tickets on the day of the game (by card payment only) from Main Reception and from the Ticket Booth in the Fan Zone from 12noon, but these will be at the slightly higher price.

To avoid matchday queuing and save money, fans are strongly advised to buy in advance online, where you can either print your e-ticket or simply show your ticket on your smartphone at the turnstiles.

Tickets will remain available online (and at the lower price) until 11am on matchday.

Fans will be able to listen to expert Bluebirds commentator Adam Johnson, who will be joined by Mark Boyd for full coverage of Saturday’s game against Rovers.

Betting
Barrow have been installed as 5/4 favourites for three points on Saturday, while Bristol Rovers are a 21/10 shot and the draw is priced up at 11/5 with our friends at Sky Bet.

Ollie Banks scored his first goal for the Club as Barrow earned a creditable point on home soil despite playing with ten men for much of their encounter with Bristol Rovers.

Mark Ellis’ sending-off on 31 minutes put a different complexion on proceedings and Rovers looked red-hot favourites when Sam Nicholson drove them in front just before half time.

However, Banks produced a wonderful moment of ingenuity to hook home a leveller in first half injury time and Mark Cooper’s men then dug in to claim a share of the spoils after the break.

After a scrappy start to the game, it was Barrow who managed to get a foothold and good work from Remeao Hutton by the right corner flag provided Ollie Banks with the chance to cross but his deep delivery was glanced wide at the far post by Offrande Zanzala.

Rovers came into the encounter as it wore on, with experienced front man Brett Pitman looking a threat and his goalbound header was well clawed away by Paul Farman after he got on the end of a precise cross from the right.

Aaron Collins came even closer to opening the scoring just afterwards when he decided to unload from long range with a dipping volley which landed on the roof of Farman’s net.

The game burst into life just after the half hour when a melee inside the Bluebirds penalty led to players from both sides pushing and shoving but the outcome was a red card shown to Barrow skipper Mark Ellis.

Rovers quickly began to make the most of their man advantage and Pitman could have put them in front after Harry Anderson teed him up on the edge of the box but he swept a first time shot too high.

Farman was then called into action to deny Pitman with a smart save before Collins seized on some hesitation at the back to race through on goal only to drag a shot wastefully across and wide.

However, Rovers did nudge ahead on 44 minutes when Sam Nicholson picked up the ball on the edge of the area and found space for a powerful shot which Farman did well to get a hand to but couldn’t prevent from bouncing through and into the net.

It looked as though the visitors would take their lead into the break. Then, five minutes into injury time, a long Hutton throw from the right was cleared only as far as substitute George Williams and his volley through a crowded area was skilfully flicked up and over keeper James Belshaw to level things up.

The second half started in niggly fashion, but Williams almost put Barrow in front for the first time when he decided to have a go from a free kick at least 35 yards out but Belshaw watched the swerving effort carefully and pawed it over.

Barrow built some good momentum though, roared on by a crowd fired up by a feeling of injustice on the back of the red card, and Josh Gordon almost scored a wonderful goal on the hour only to see his powerful drive from the edge of the box come back off the bar.

Farman was called into action again to pluck a goalbound header from Pitman out of the air after the Rovers’ front man had got on the end of a cross from the left.

Cooper’s men had to dig deep during the closing stages as some fatigue started to catch up with them and Farman had to make another stunning injury time save to deny Harry Anderson a winner when he headed on goal from a left-wing corner. 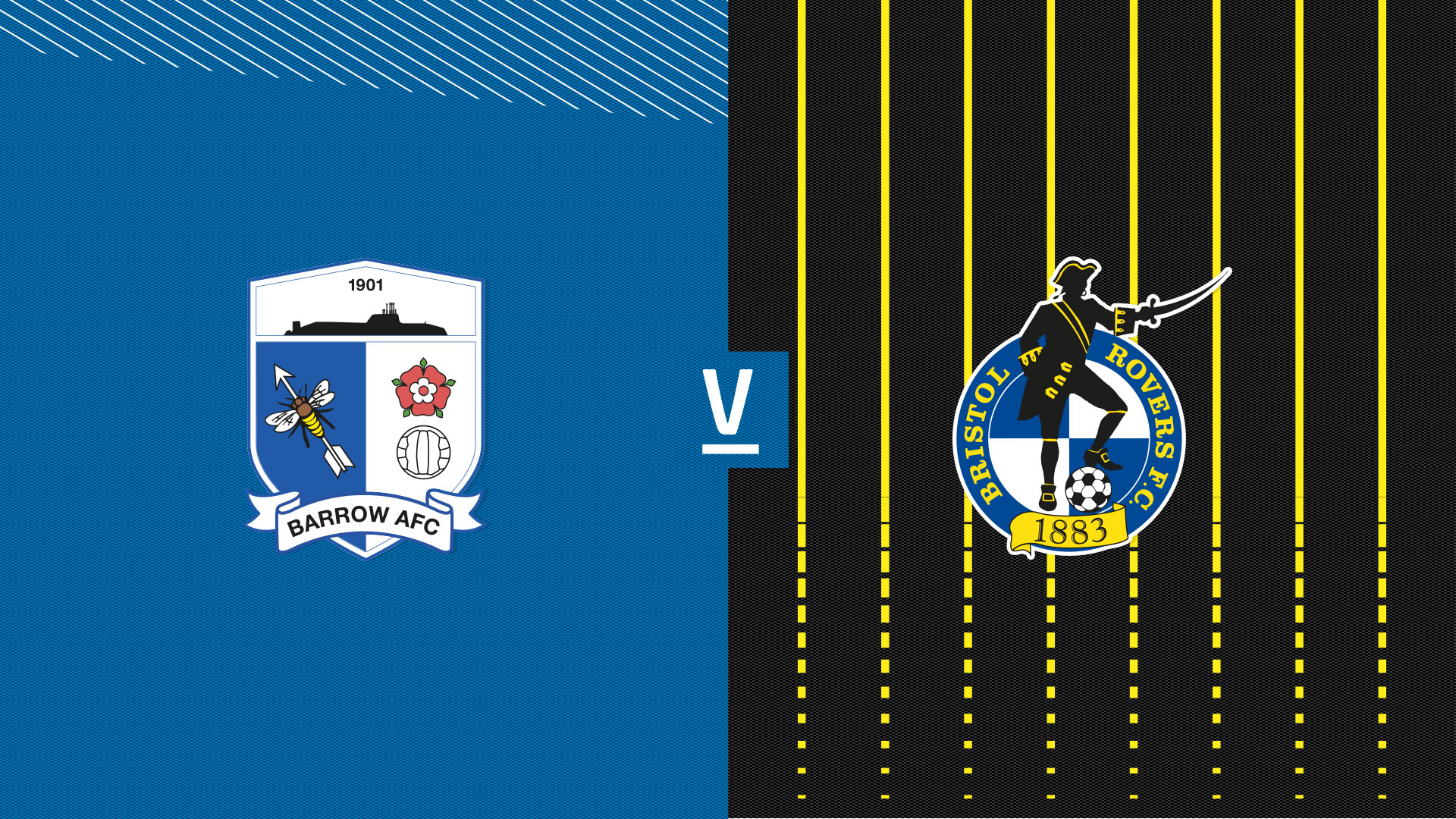 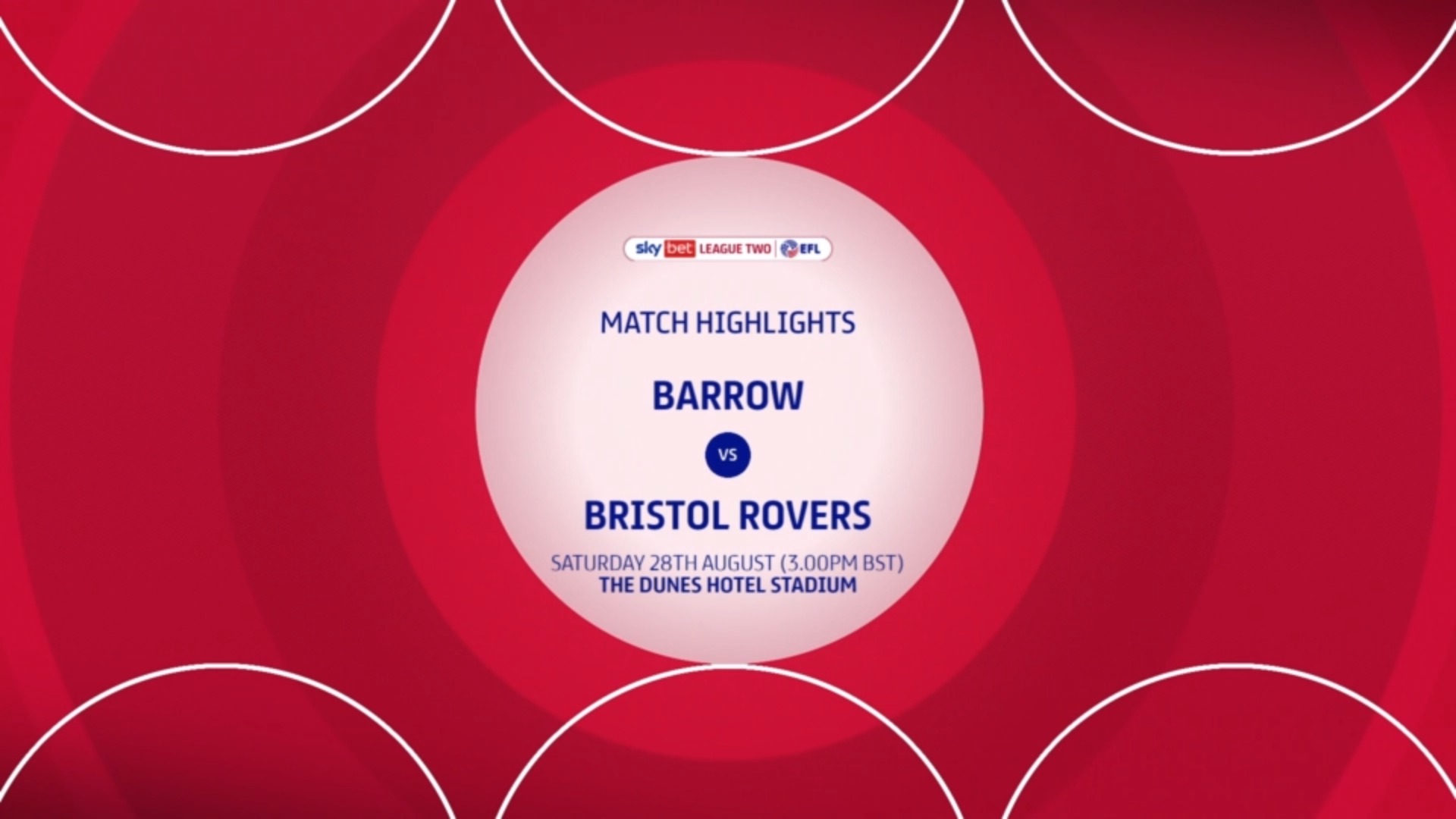 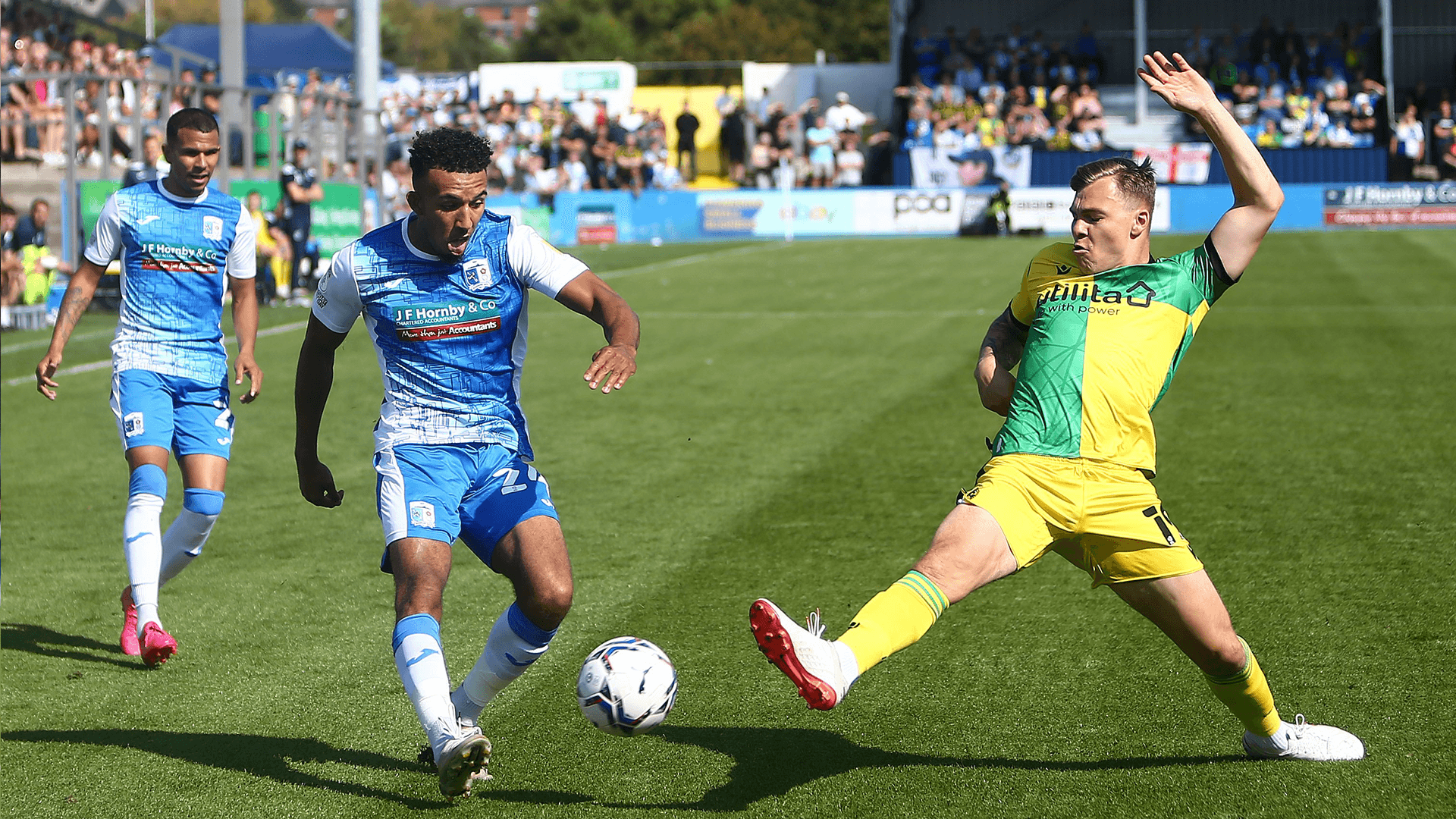