Barrow were held to a goalless draw as Exeter City clung on for a point in testing conditions at The Dunes Hotel Stadium on Tuesday evening.

The hosts always looked the more likely scorers during a fractious encounter which saw Barrow boss Mark Cooper finish the game in the stands after being sent-off late on.

A strong wind was in The Bluebirds’ faces during the opening period which made things challenging but Cooper’s men still managed to spend more of the first half on the front foot.

One of the factors behind their superiority was Paul Farman’s ability to drive the ball a remarkable distance despite the gale and that helped alleviate any pressure on the Barrow defence.

The first opportunity arrived on nine minutes when Patrick Brough’s whipped cross from the left was cleared only as far Ollie Banks 25-yards out, but his well struck drive flashed wide of the post.

Offrande Zanzala went in the book for a foul as he tracked back with Matt Jay but thankfully for Barrow there was no further punishment as Jevani Brown lifted the resultant free kick too high.

Remeao Hutton then whipped a dangerous cross into the box from the right which both Brough and Zanzala stretched to try and get on the end of it but it dropped beyond both of them and City survived.

The second half began with a little more needle and a couple of comings together between players added a bit of a spice to the affair, which in turn got the crowd more involved inside The Dunes Stadium.

Zanzala came close to opening the scoring when he chased on to a long ball and got there first as keeper Cameron Dawson chased from his line, but the front man’s instinctive lobbed effort was cleared off the line by Alex Hartridge on the cover.

The introduction of Ben Seymour from the bench added a little spart for the visitors and he let fly with a fierce shot from a tight angle on the right which was comfortable fielded by Farman.

Barrow responded though and Zanzala got on the end of some intricate football inside the Exeter box to prod an effort on goal, but keeper Dawson got just enough on it to turn the ball around the post.

George Williams was introduced from the bench and could have won it two minutes from time when he cleverly took the ball on the turn just inside the City half before driving towards goal and letting fly with a shot which flashed too high.

Connor Brown then got forward to good effect down the right and stood a cross up to the far post where Banks arrived to meet it but his header dropped wide of the target.

Boss Cooper was shown a red card in injury time as tempers flared on the sidelines and there was a frantic moment inside the City box as an almighty scramble followed a dangerous corner from Joe Grayson but The Bluebirds could not find a way through and had to settle for a point. 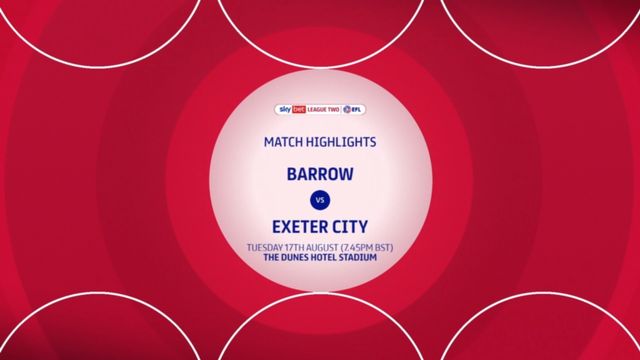 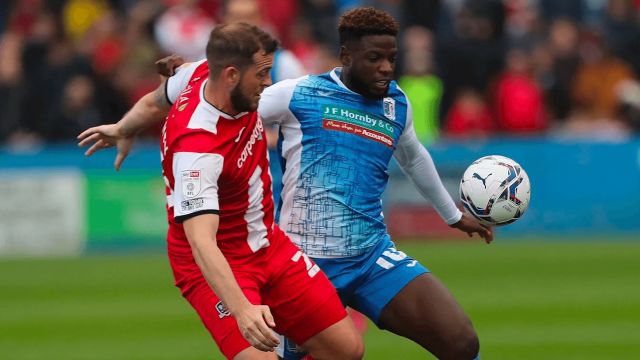