Take a look at everything you need to know ahead of Tuesday's game with our full and in-depth preview of the Carabao Cup tie at Holker Street.

In Opposition
Scunthorpe United will be hoping to be more competitive at the other end of the League Two table this term after finishing too close to comfort to the bottom two in 2020/21.

The Iron ended the campaign third bottom, but boss Neil Cox has been given the green light to strengthen his squad during the summer months which has restored optimism among supporters.

Some high-profile departures in the form of Kevin Van Veen, Alex Gilliead and Abo Eisa means that there’ll be extra focus on the likes of former Manchester City forward Harry Bunn to produce the goods.

The season got off to a frustrating start at the weekend as they fell to a 3-1 home defeat to Swindon Town despite going ahead in the Glanford Park.

One To Watch
Ryan Loft top scored for Scunthorpe Untied last season when he plundered eight League Two goals and he’s already off the mark for this term having netted against Swindon Town on Saturday.

Loft is no stranger to Cumbria having spent part of the 2019/20 campaign on loan with Carlisle United, while he’s also played on loan for Dartford, Ebbsfleet United, Braintree Town, Stevenage and Exeter City.

Head To Head
Tonight’s game will be the 25th competitive encounter between the two clubs and The Iron have tasted victory in 13 of the previous 24 meetings.

Last term, both fixtures went with home advantage and you have to go back to the 1971/72 season to find Scunthorpe United’s last win at Holker Street.

Referee
Oliver Langford is taking charge of this evening’s Carabao Cup tie in what will be his first Barrow appointment since our 1-0 FA Cup win over Guiseley in the 2012/13 campaign.

The experienced official operates mainly in the Championship these days and on Saturday he oversaw Queens Park Rangers’ 1-1 draw with Millwall at Loftus Road.

Tickets
Fans can buy tickets in advance online and from our Main Reception from 2pm and then from the Ticket Booth in the Fan Zone from 6pm.

Fans will be able to listen to expert Bluebirds commentator Adam Johnson, who will be joined by John Goodwin for full coverage of this evening’s cup tie.

Betting
Barrow have been installed as even money favourites to win in normal time, while Scunthorpe are priced at 12/5 to progress in 90 minutes and it’s also 12/5 for the tie to go to penalties.

A spectacular first goal for the Club from Dimitri Sea was enough to clinch Barrow a place in Round Two of the Carabao Cup as Scunthorpe United were beaten at Holker Street.

The Frenchman despatched an astonishing overhead kick early in the second half to settle a hard fought tie as Mark Cooper’s men secured a place in Wednesday evening’s draw.

It was a scrappy start to the game, but Jamie Devitt almost illuminated with a wonderful goal on 10 minutes when he found space on the right of the area to let fly with a powerful which wobbled through the air and drew a good save from keeper Rory Watson.

The Bluebirds continued to look the more likely to open the scoring as the half developed; Remeao Hutton whipped a testing cross into the far post which just beat the arriving Patrick Brough to touch, while Dimitri Sea turned to shoot on goal moments later but saw his effort blocked.

More pressure arrived on 24 minutes when Scunthorpe made a meal of clearing a ball which popped around on the edge of their box and sat up nicely for Mark Ellis to let fly but his powerful strike flashed wide.

The Iron began to feel their way into the game though and came closest of all to finding the net when Harry Bunn’s fizzing drive scraped the crossbar on its way over.

Paul Farman then produced two excellent saves, first to deny Ryan Loft who had sneaked through on the right side of the box and then from Myles Hippolyte who powered a drive towards the near post.

Within three minutes of the restart, Barrow were on the front foot as Sea showed a typical willingness to shoot on sight, having a go from 25 years but seeing his low drive go just wide of the post.

The Frenchman was not deterred. On 50 minutes his moment arrived – and what a moment it was. Hutton’s long throw-in from the left was flicked on by Ellis towards Dimitri Sea at the far post who showed incredible athleticism to execute a perfect overhead kick and send the ball flashing past Watson for 1-0.

Offrande Zanzala was introduced for his debut midway through the second half and the summer signing looked keen to make an impression, almost impacting with his first touch as he powered into space on the left only for his cross to be grabbed at the front post by Watson.

The Iron keeper had more work to do when Zanzala somehow squeezed his way past two defenders and bullied a path into the penalty area before letting go with a ferocious shot which Watson did well to tip over the bar.

Scunthorpe rallied as time ran out and Tom Pugh flashed a shot just over the bar and then substitute Devarn Green saw his deflected effort go just the wrong side of the post, but Barrow held on for the win. 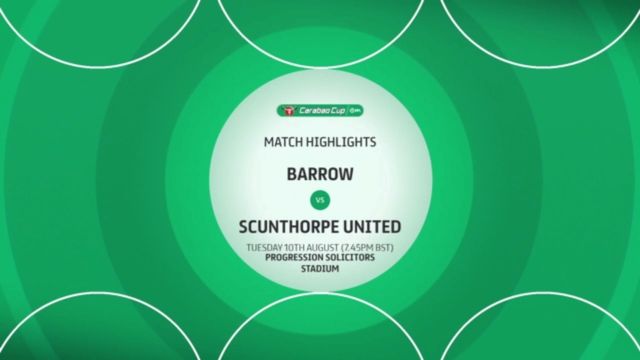 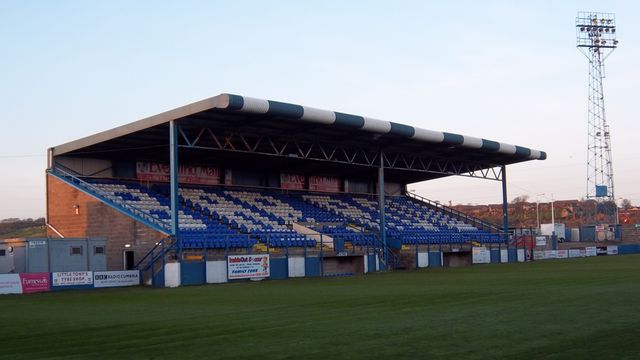