Barrow were forced to settle for a point in their final game of 2021 as Oldham Athletic frustrated The Bluebirds at The Dunes Hotel Stadium on Wednesday evening.

Mark Cooper’s men weren’t at their fluent best for much of a hard-fought contest but still created some presentable chances but could not find the killer touch in front of goal and the game ended scoreless.

It was Oldham who settled into the game quicker and the visitors attacked with some menace in the early stages without really testing Paul Farman in The Bluebirds’ goal.

All the same, Mark Cooper’s men had to stay switched on as the clever Nicky Adams tried to pull the strings down the right for The Latics who put pressure on their hosts.

Things may have changed had the referee decided to point to the penalty spot when Josh Gordon went down in the area under pressure from behind after bringing down a long ball on his chest and moving in goal, but Ben Speedie was well placed and waved away the Barrow appeals.

Athletic continued to look a threat at the other end another couple of crosses flashed through the Barrow box, Jamie Hopcutt almost nodding one home at the far post, but he could only direct his effort wide on the stretch.

Out of nothing, Mike Jones could have put Barrow in front when he was teed up to shoot 25 yards from goal. His true strike took a wicked deflection and wrong-footed visiting keeper Jayson Leutwiler who had to display great agility to spring back across to his right and make a fine save.

Patrick Brough then came even closer to opening the scoring when he met Robbie Gotts’ hanging cross from the right at the far post only for Carl Piergianni to head off the line with Leutwiler beaten all ends up.

Hopcutt volleyed an instinctive effort over the bar just before half time when the ball fell kindly on the left corner of the penalty area for him as Oldham gave as good as they got during a competitive first half.

Cooper made a double change at the break; Joe Grayson had taken a knock and was withdrawn, while Mike Jones also made way for Josh Kay and Offrande Zanzala.

It was Kay who added a bit of spark and he was quickly into the action when he turned on the ball on the left corner of the area before launching a wild shot too high to trouble Leutwiler.

Barrow began to build up some momentum as the half wore on, with Gotts having an increasing impact on proceedings; the midfield star whipped a dangerous free kick in from the left which beat everyone and had to be parried clear by Leutwiler.

Gotts tested the visiting keeper again minutes later when he took the chance to let fly from fully 30 yards, but his crisp drive was held well by Leutwiler.

The visitors sprung forward with menace on 73 minutes and came agonisingly close to snatching the lead, but Hallam Hope’s curling low effort scraped past Farman’s post on its way wide.

Barrow continued to make most of the running in an attacking sense during he closing stages and Zanzala came close to providing a crucial touch to turn Jordan Stevens’ volley on target but it flashed wide of the target.

Here are all the details you need if you want to come along and support The Bluebirds in Wednesday night’s game against Oldham Athletic (7.45pm kick-off).

Mark Cooper’s men are in action for the final time in 2021 as they welcome The Latics to The Dunes Hotel Stadium on Wednesday evening – and you can be there to enjoy it.

Tickets are on sale right now for the League Two fixture and heading online to bag yours is the easiest option because you can either print them out at home or simply show the QR code on your device at the turnstiles.

Fans can also buy tickets from 12noon at Main Reception (card payment only) and then from the Ticket Booth in the Fan Zone (cash and card) which opens at 5pm this evening.

You can also give us a call on 01229 666 010 to book your tickets over the telephone but lines are usually busy on a matchday so heading online or simply buying on arrival may be an easier option. 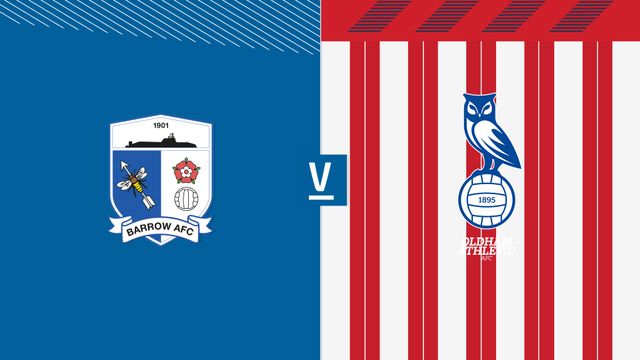 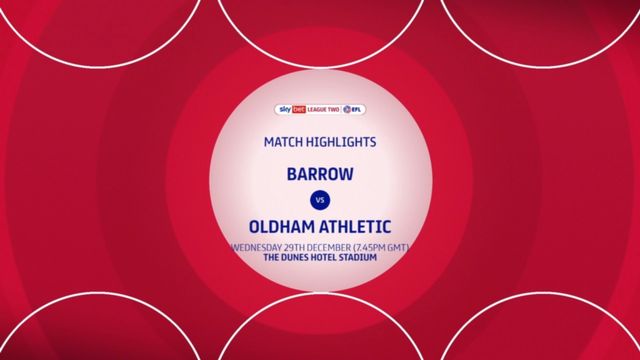 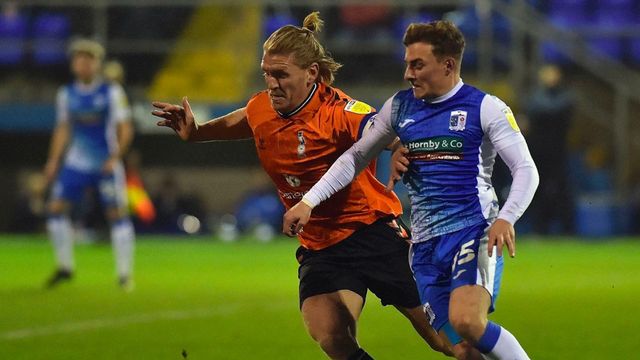