The Bluebirds fell to Boxing Day defeat at Prenton Park as goals from Nicky Maynard and Kieron Morris clinched victory for Tranmere Rovers.

Mark Cooper’s men were always in the game and played some good football but were punished for not taking their chances as their hosts moved up into League Two’s automatic promotion places.

With Patrick Brough, James Jones and Matt Platt out with COVID-19 and Ollie Banks suspended, Cooper was forced to shuffle his pack and he handed starts to Jason Taylor and Mike Jones.

Barrow could have snatched an early lead when Joe Grayson’s teasing free kick in from the right was met by Mark Ellis, but the former Tranmere man saw his header drop wide of the post.

It was the home side who then struck first when Jay Spearing got on the ball on the halfway line and floated a lovely pass over the Barrow defence and into the feet of Nicky Maynard and he took a touch before sliding a clinical low finish past Paul Farman and into the bottom corner.

Rovers continued to make most of the running and some nice football on the edge of the box engineered another opportunity for Maynard but this time his effort on the turn was charged down and Farman pounced on the loose ball.

The Bluebirds burst into life on 15 minutes when a wonderful turn from Josh Gordon on the halfway line bought him the space to feed Robbie Gotts in down the right but his shot from a tight angle was easily fielded by keeper Ross Doohan.

Josh Hawkes then cut inside from the left to strike a shot on target for Rovers which was comfortably held by Farman, while Gotts send a decent effort on goal at the other end, but Doohan was well placed to gather.

Rovers had the final chance of the half in stoppage time when Maynard met a delivery from the right, but his glancing header flashed beyond Farman’s far post.

Barrow began the second half on the front foot with the travelling support really turning up the volume behind the goal which Mark Cooper’s men were attacking.

The visiting fans were almost celebrating on 53 minutes when a flowing move down the left found Connor Brown and he nudged it back into the path of Tom White who cut inside and curled an effort just wide of the far post.

Great trickery from Stevens earned Barrow a free kick 25 yards out but Gotts saw his effort direct from the dead ball flash just over the cross bar.

Rovers could have sealed it ten minutes from time when substitute Liam Feeney got in down the left but he powered a wild shot well over the bar under pressure.

However, the game was up for The Bluebirds on 87 minutes when the hosts worked the ball well in to the feet of Kieron Morris on the right of the are and he took a touch to steady himself before lashing an unstoppable shot past Farman to make it 2-0.

Here are all the ticket details you need if you want to follow The Bluebirds at Prenton Park on Boxing Day.

Tickets for our Boxing Day game at Tranmere Rovers (3pm kick-off) are no longer available in advance but fans will be able to buy on the day at Prenton Park.

We received an initial allocation of 1,000 tickets for the fixture and just short of 300 of these had been sold.

Barrow supporters will also be able to buy their tickets on the day direct on the turnstiles where it will be CARD PAYMENT ONLY.

Tranmere’s disabled concessions is based on:

Rovers have availability for wheelchair users, but this is located in the Bebington Paddock Stand, which is a home area. Supporters can book tickets directly with Tranmere by calling 03330 144 452.

*Identification must be provided to show date of birth. If not provided, then you will be charged at the full Adult rate.

Parking
Parking is available on a first come first served basis, including disabled bays, at a cost of £5.

The surrounding residential area is all permit holders, and they are vigilant on matchdays so we would advise people to park with caution to avoid fines. 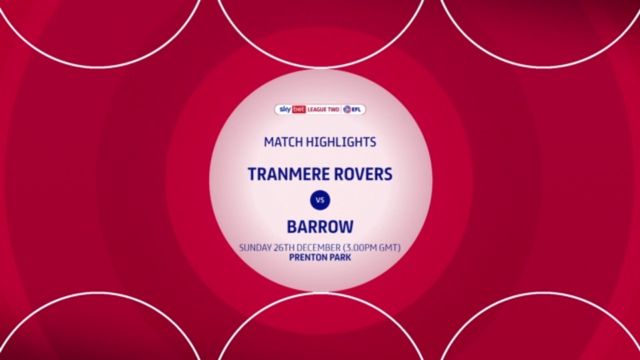 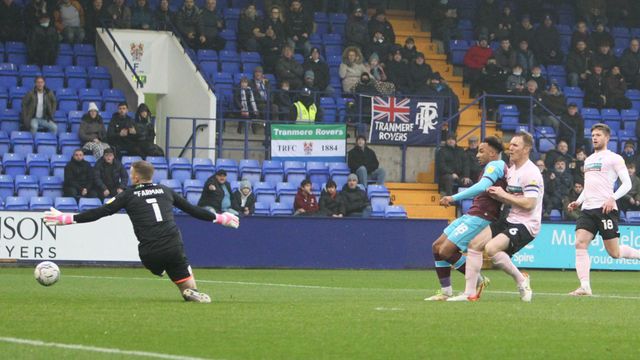