We turn our attentions to Tuesday night's action with a comprehensive preview of The Bluebirds' League Two trip to Sixfields Stadium.

In Opposition
Northampton Town got back to winning ways at the weekend when they edged past Salford City on home turf to secure their first victory since the middle of December.

The Cobblers were struck down by a COVID-19 outbreak just before Christmas which forced the postponement of our scheduled trip to Sixfields on Saturday 18th December.

Since returning to action afterwards, Town had struggled to rediscover the run of form which had seen them win four on the bounce in League Two which lifted them up to second in the table.

Prior to Saturday, they had collected just two points from their four games since resuming so their hard-fought triumph over The Ammies was very welcome for Jon Brady and his players.

Town remain well in the mix for promotion back to League One at the first attempt following their relegation last season and are just a win away from the top three with games in hand on many of their rivals.

One To Watch
Sam Hoskins has been a reliable supply of goals again for Northampton Town this season and has hit the net seven times in League Two action so far.

The long-serving front man has been with The Cobblers since 2015 when he won a deal at the club following a successful trial spell following his release from Yeovil Town.

A former Southampton trainee, Hoskins was one of the scorers as Town were promoted to League One in 2019/20 as 4-0 winners over Exeter City in the Play-Off Final at Wembley.

Head To Head
Tonight’s game will be the first time that Barrow and Northampton Town have met since the 1971/72 campaign which ended with The Bluebirds losing their place in the Football League.

In all, the sides have collided 14 times in competitive action, with Northampton doing the double over Barrow the last time the clubs shared a division 50 years ago.

Referee
Lee Swabey will oversee a Barrow fixture for the first time this season when he’s on the whistle for our visit to Northampton Town tonight.

The experienced official is now into his seventh season on the EFL’s list of referees having been promoted from the National League for the start of the 2015/16 campaign.

Tickets
Fans can buy their tickets for tonight’s game by card payment only from Northampton Town’s ticket cabin ahead of kick-off.

Live Streaming
We’re delighted to confirm that we’ll be live streaming all the action from Sixfields Stadium on iFollow for supporters both in the UK and abroad.

Our live coverage will include expert commentary from BBC Radio Cumbria's Adam Johnson, as well as action replays of all the key moments.

Live Commentary
We are also providing live online audio commentary from every game this season on iFollow as we continue our broadcast partnership with BBC Radio Cumbria.

Fans will be able to listen to expert Bluebirds commentator Adam Johnson, who will once again be joined by former Scunthorpe United boss Russ Wilcox for live coverage at Sixfields Stadium.

Betting
Northampton Town have been installed as 5/6 favourites for three points tonight, with Barrow rated a 16/5 shot for victory and the draw priced up at odds of 12/5 with our friends at Sky Bet.

Barrow clinched their first ever win in Northampton as Aaron Amadi-Holloway’s first goal for the Club was enough to secure three points at Sixfields Stadium on Tuesday night.

It only told part of the story though, on a night when Mark Cooper’s men defended heroically against their promotion-chasing hosts and ground out what could be a priceless victory on the road.

Barrow began the game in confident fashion and could have gone in front on five minutes when the ball sat kindly for Ollie Banks thirty yards out, but his powerful drive swerved wide of the target.

There was a nervous moment at the other end when Josh Eppiah charged down Paul Farman’s attempted clearance and the ball bounced back across the area, though thankfully there were no Town players close enough to profit and the danger passed.

The Bluebirds came forward themselves moments later and Remeao Hutton drove a path into the hosts’ penalty area before striking a shot on goal which was deflected wide before John Rooney’s resultant corner was punched clear well by keeper Liam Roberts.

Hutton then turned provider when he got into space on the right of the box and delivered into the front post for Luke James, but the striker could only flick his shot into the side-netting.

The Cobblers then attacked menacingly down the right and Aaron McGowan sent a cross deep to the far post where it was collected by Mitch Pinnock only for his volley to then fly well wide.

Paul Lewis headed over for Town at the front post after good work on the left from the lively Ali Koiki, while Farman then had to make a smart stop to prevent Pinnock from opening the scoring after he had wandered into space on the edge of the box.

The Bluebirds keeper was busy again on 32 minutes when Town charged forward on the break through Shaun McWilliams, who then unselfishly teed up Pinnock for the strike which Farman got down to quickly at his near post.

Rooney had his first strike on goal after persistent work from James had kept a Barrow attack alive but the new recruit’s effort from twenty yards was comfortably fielded by Roberts.

The home side came out full of energy at the start of the second half but that was sucked out of them on 51 minutes when Barrow went in front. Rooney’s dangerous corner from the left was only half cleared and the midfielder then traded passes with Anthony Glennon to free the on-loan youngster to the byline and his teasing cross to the far post was gleefully headed home by Amadi-Holloway.

Banks had already had a free kick effort saved by the keeper earlier in the half when he let fly with another on 60 minutes which Roberts did well to get down and claim to his right as Barrow continued to pose a threat.

Town were getting more and more frustrated with every passing minute and it nearly got worse for them on 72 minutes when Glennon’s wicked inswinging corner from the right required a great save from Roberts to prevent it going straight in.

The Cobblers kept on going but were struggling to break down a resolute and determined Barrow defence; McWilliams tried his luck from 25 yards, but he got under the shot and it flashed over Farman’s bar.

The travelling fans acted as an extra man during eight minutes of nerve-tingling added time but Cooper’s men held firm to claim a historic win in Northampton.

Here are all the ticket details you need if you want to follow The Bluebirds in action at Sixfields Stadium on Tuesday night.

Tickets for our game at Northampton Town this evening (7.45pm kick-off) will be available to Barrow supporters at Sixfields Stadium ahead of kick-off.

Supporters must visit The Cobblers' ticket cabin to make their purchases and please be advised that they will accept card payments only.

Bluebirds fans will be located in the South Stand for this evening's game.

Fans are advised that proof of age may be required upon entry for concessionary tickets. 
Here are all the details you need if you want to buy tickets for our rearranged Sky Bet League Two game against Northampton Town at Sixfields Stadium.


Here are all the ticket details you need if you want to follow The Bluebirds at Sixfields Stadium on Saturday. 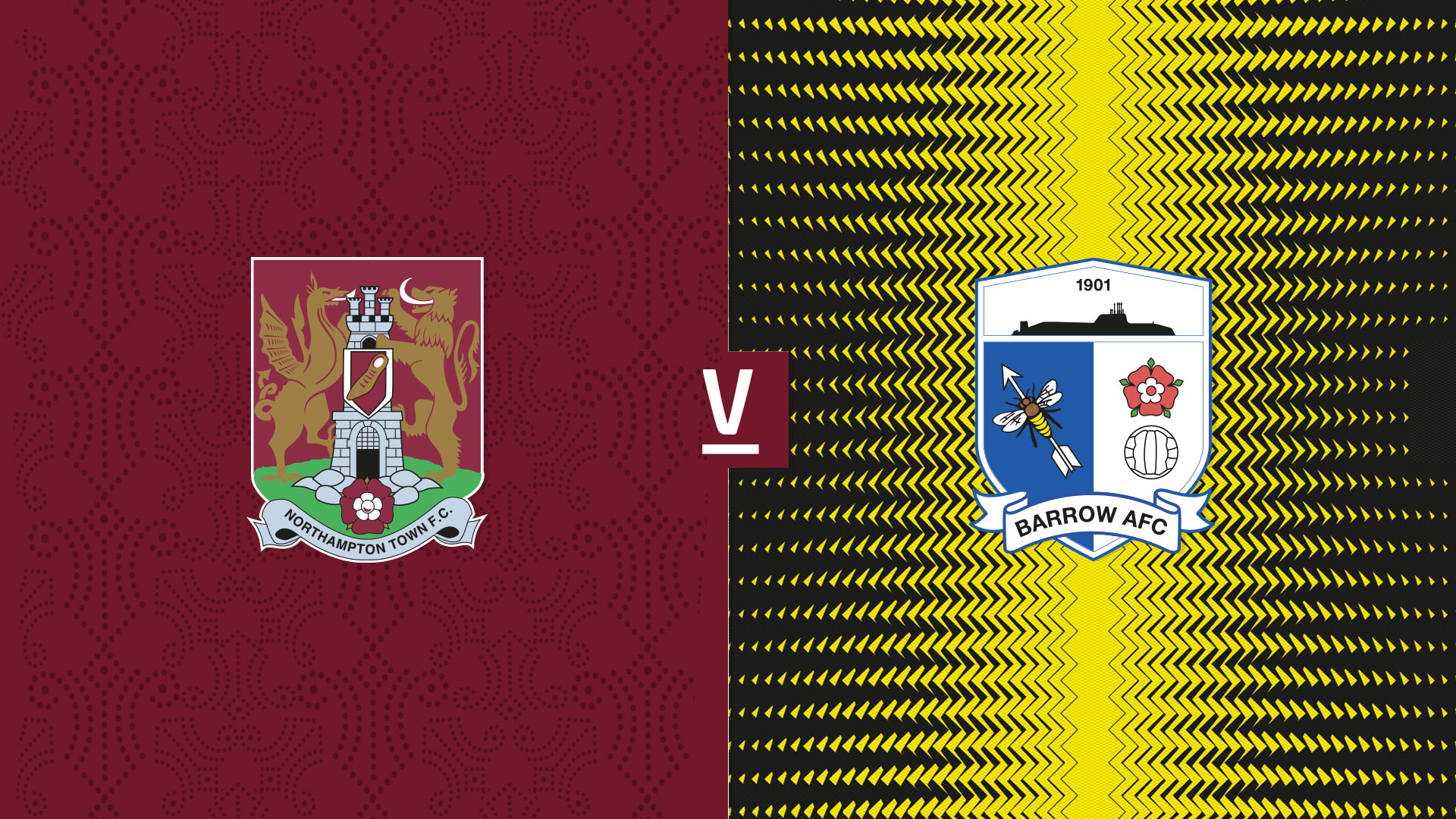 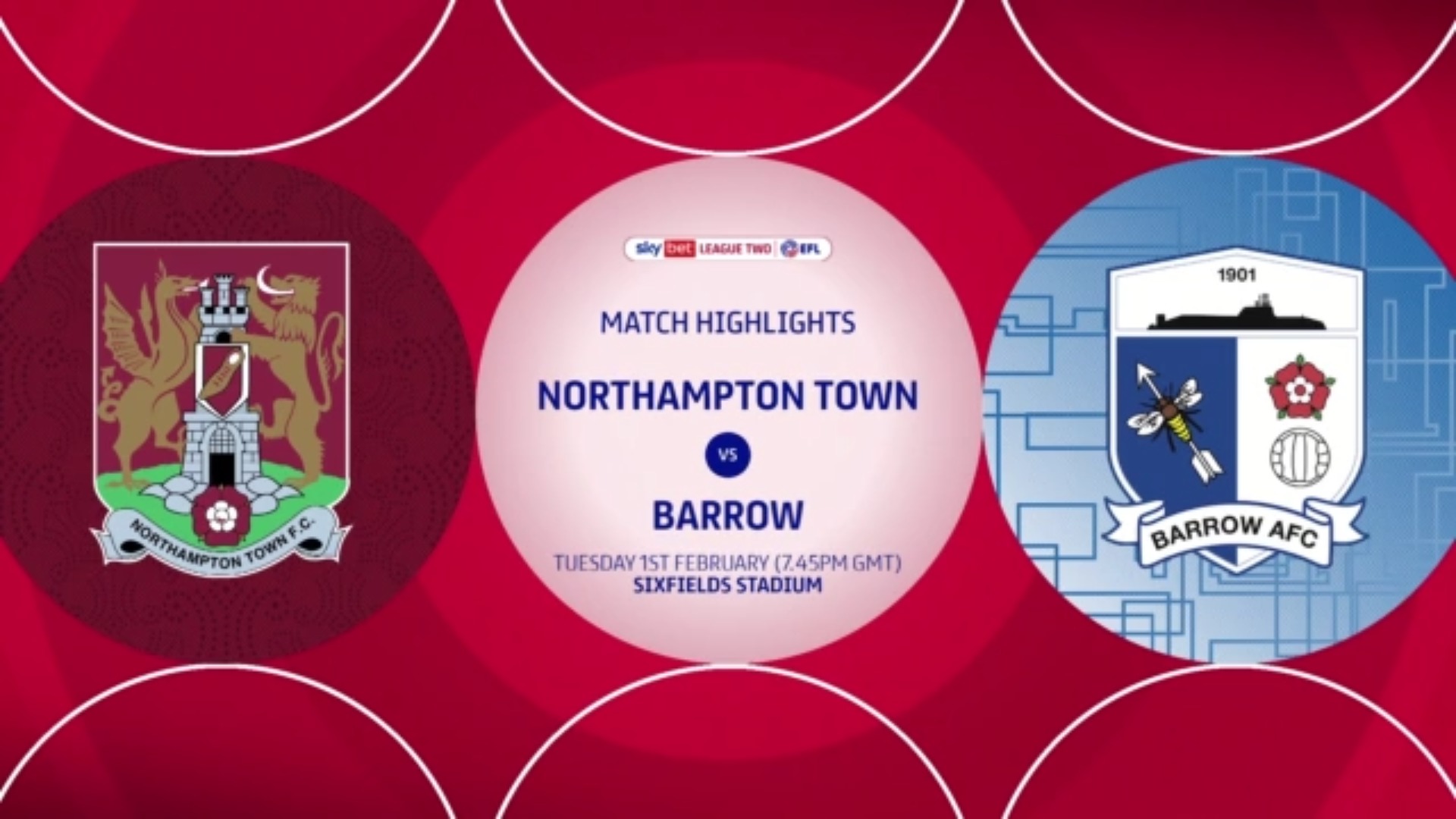 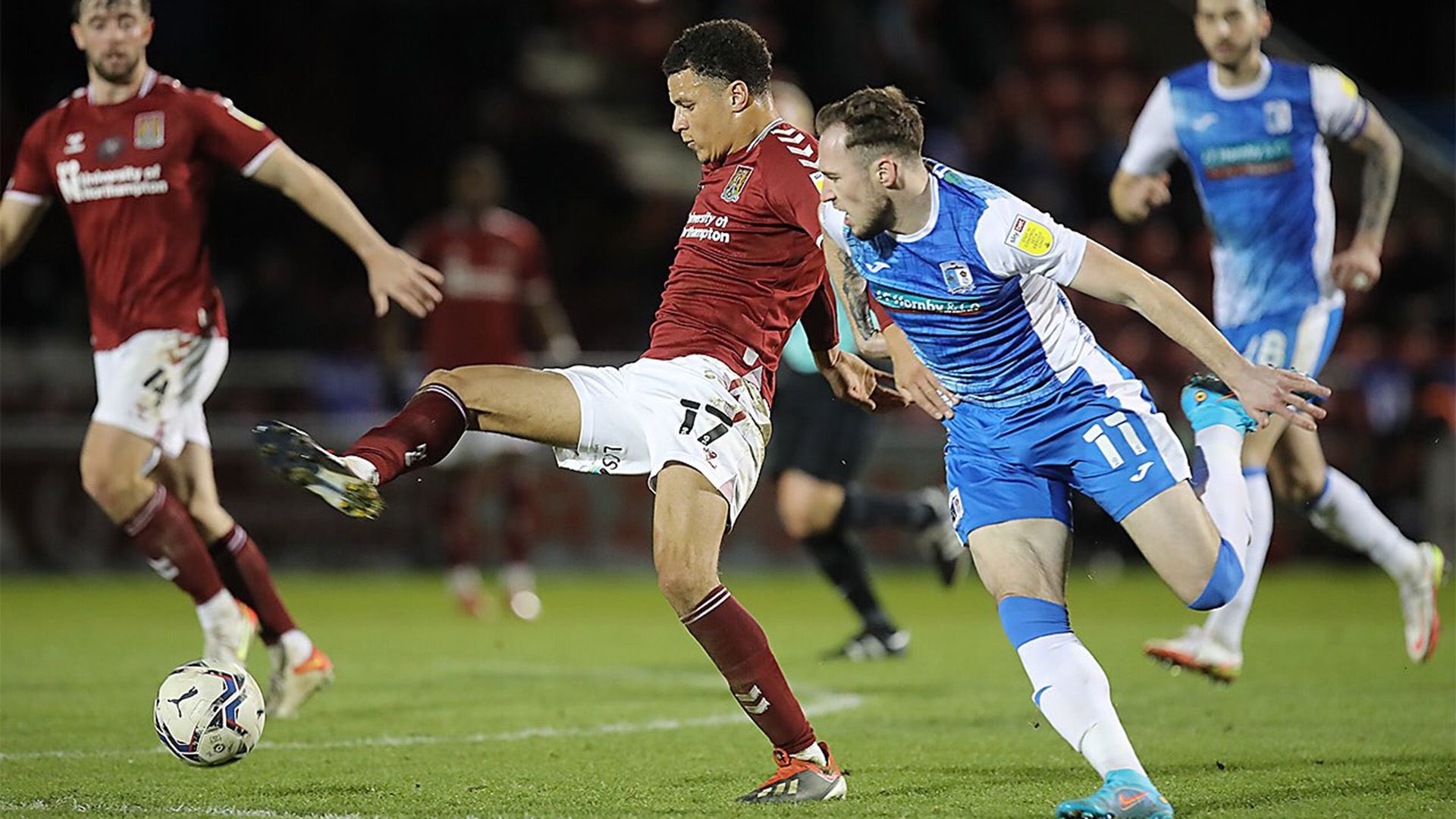