We turn our attentions to Saturday's game with a full and in-depth preview of Mansfield Town's visit to The Dunes Hotel Stadium.

In Opposition
After an inconsistent start to the campaign, Mansfield Town found their feet in spectacular fashion at the end of October and have stormed up the League Two table since then.

Nigel Clough’s men will be high on confidence ahead of their weekend visit to The Dunes Hotel Stadium having won six in a row and nine of their last ten league games.

The stunning run has lifted Town from the bottom two to the top seven and hopes will be high among Stags fans that they can now challenge for a return to the third tier for the first time in almost 20 years.

They were frustrated in their bid to maintain momentum in midweek when their long trip to Forest Green Rovers was abandoned after only a few minutes due to heavy fog.

One To Watch
Rhys Oates has run into some great form in recent weeks and has started to deliver the goals that were expected when he made a summer move to Mansfield Town.

The front man spearheaded Hartlepool United’s charge back to the EFL last season but turned down the offer of a new deal at Victoria Park in order to seal a switch to The Stags.

After scoring just once in the opening three months of the season, livewire Oates has now found the net five times in his last ten outings as Mansfield stormed up the League Two table.

Head To Head
The Bluebirds have enjoyed three successive wins over Mansfield Town since making their return to the Football League at the beginning of last season.

Indeed, last term’s 4-2 success at One Call Stadium was Barrow’s first victory at Football League level since their final season back in 1972.

Mark Cooper’s men won again when they went there earlier this season and will therefore be aiming to complete their first league double of the campaign when they host The Stags on Saturday.

Referee
Samuel Barrott will be on duty at The Dunes Hotel Stadium for the second time this season when he’s on the whistle for our clash with Mansfield Town.

The official was also in the middle here back in November when he oversaw the disappointing home defeat to Crawley Town in League Two.

The official, now into his second season on the EFL's list of referees, was last on duty at The Globe Arena on Tuesday night when Wigan Athletic ran out 2-1 winners over Morecambe in League One.

Fans will be able to listen to expert Bluebirds commentator Adam Johnson, who will be joined by John Goodwin to describe all the action as it unfolds against Mansfield Town.

Betting
The bookies are on the fence about Saturday’s game with both Barrow and Mansfield Town rated 8/5 shots for victory and a draw priced up at 9/4 with our friends at Sky Bet.

Barrow were unable to put a stop to Mansfield Town’s brilliant form as The Stags clinched their seventh successive League Two win at The Dunes Hotel Stadium on Saturday.

The Bluebirds fought back to get back on level terms through James Jones after a disastrous start which saw Nigel Clough’s visitors in front through Rhys Oates within a minute.

Town retook the lead but were reduced to ten men just before the break when Farrend Rawson saw red but despite dominating possession in the second half, Barrow couldn’t find a leveller and Mansfield secured the points when Jordan Bowery powered home a header on 68 minutes.

The visitors made an electric start to the game as Rhys Oates charged forward direct from kick-off to then drill a low shot on goal in the first ten seconds which Paul Farman turned round the post.

However, Town were in front from the resultant corner when Farrend Rawson flicked the ball on at the near post and Oates guided home a header from close range with just 40 seconds on the clock.

After that, The Stags continue to play with real tempo and menace, and it took Mark Cooper’s men a little while to clear their heads and begin to get a foothold in the game.

It looked like The Bluebirds might have got back on level terms on 13 minutes when Luke James glanced Tom White’s cross into the net, but the flag was up against the front man and the celebrations were cut short.

However, the crowd were given a moment to cheer on 17 minutes when the returning Robbie Gotts whipped a dangerous corner in from the left and James Jones’ got the run on his man to send a powerful header into the net via the far post.

The Bluebirds gained confidence from the leveller and remained on the front foot after the goal but almost got caught on the break when Oates again carried the ball menacingly, this time cutting in from the right before seeing a powerful shot pushed away by Farman.

Town then went back in front with 25 minutes on the clock and again it came from a left wing corner which Barrow only half cleared and Stephen McLaughlin unleashed an unstoppable drive from just inside the area to make it 2-1.

McLaughlin almost doubled his tally and increased Mansfield’s lead when he found space for another powerful drive which squirmed past Farman only for Patrick Brough to be well-placed to clear off the line.

There was a potentially pivotal moment six minute before the break when Farrend Rawson, already on a yellow card, chopped down James as he tried to run clear with the ball. The referee had no choice but to send the defender off as he completed an unwanted double having also seen red against The Bluebirds in the home fixture back in October.

With ten men, Mansfield were happy to sit behind the ball in the second half and that allowed Barrow plenty of possession as they looked to probe for a route through their resolute visitors.

The lively Hutton on the right looked a constant threat and he almost helped unlock the door when he got to the byline and aimed a cut back towards Will Harris which was cleared, and Gotts could only fire over from the rebound.

The visitors held Barrow at bay and then increased their lead midway through the second half when a free kick was delivered from the left and Jordan Bowery got up highest to power and unstoppable header past Farman to make it 3-1.

Mark Cooper responded by throwing on Jacob Wakeling and Josh Kay, and the latter came close to finding a way through when he jinked into the box on the left but his low ball across was snatched by keeper Bishop with Jamie Devitt ready to pounce.

The day was perhaps summed up in the final minutes when Glennon’s right-wing corner was met by Brough, but his looping header dropped on to the top of the cross bar and went behind before Platt then also saw his injury time header hit the woodwork on its way over.

The Bluebirds are back on home soil this weekend when they welcome in-form Mansfield Town to The Dunes Hotel Stadium – and you can bag your tickets right now!

Mark Cooper’s men host The Stags as the first part of a home double header on Saturday, with Salford City the visitors to Barrow on Tuesday night for a rearranged League Two fixture.

Plus, as a thank you for their tireless work for us during the last two years, we’re offering our local emergency services workers FREE tickets for Saturday’s game against Mansfield – click here for info.

You can make sure of your place in the stands for both games right now by buying tickets from our Online Tickets Portal in just a few straightforward clicks.

Buying online is the easiest way to snap up your tickets for games because you can choose to either print out your tickets at home or simply display the QR code direct from your device at the turnstiles.

Of course, you can also buy from us in-person at The Dunes Hotel Stadium or make your purchase over the telephone by calling 01229 666 010 – click here for our new opening hours.

Tickets will also be available ahead of kick-off on matchday from our Ticket Office next to Main Reception and from the Ticket Booth located in our Fan Zone. 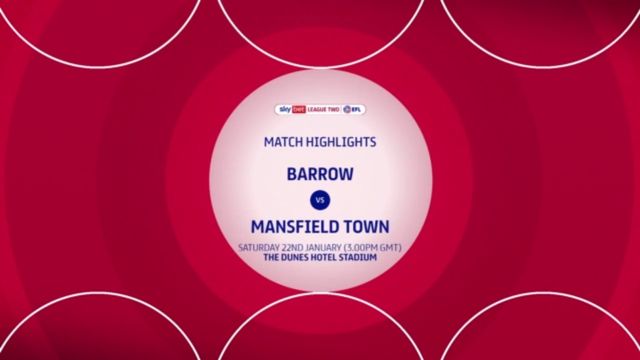 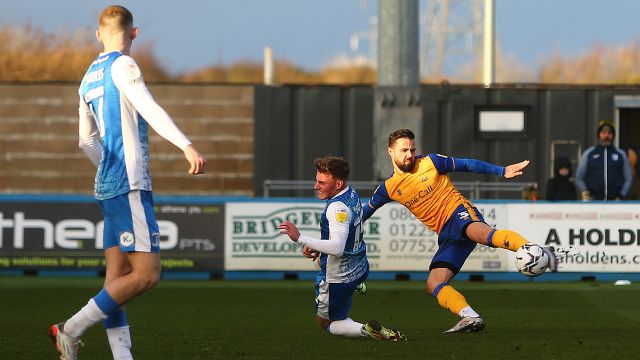