We turn our attentions to Saturday's derby action with a full and in-depth preview of Carlisle United's League Two visit to The Dunes Hotel Stadium.

In Opposition
Carlisle United arrive at The Dunes Hotel Stadium on Saturday looking to bounce back following their first defeat under returning boss Paul Simpson.

The popular Simpson led The Cumbrians to back-to-back promotions from the National League to League One between 2004 and 2006, and he was persuaded back to the Club last month to succeed Keith Millen.

His appointment inspired a four-game winning sequence which saw Carlisle climb out of the bottom two and breathe new life into their fight to stay in League Two.

However, they were beaten at home by Newport County in midweek and now The Bluebirds know a victory on Saturday would take them back above their Cumbrian rivals in the table.

One To Watch
Omari Patrick has been Carlisle United’s biggest goal threat in recent weeks after hitting the ground running following his return to Brunton Park during the January transfer window.

The front man has scored seven times and he hit the net in each of Paul Simpson’s first three games in charge as The Cumbrians hit a winning streak under their new boss.

Patrick previously joined Carlisle from Bradford City in January 2020 and scored seven goals in 47 appearances before moving on to Burton Albion last summer.

Head To Head
Carlisle United’s last visit to The Dunes Hotel Stadium ended all square when The Bluebirds came from behind to lead 2-1 only to concede a late penalty which was tucked away by Offrande Zanzala.

The last meeting between the sides, at Brunton Park in November, also finished in a draw as neither side troubled the scorer during a largely disappointing encounter.

Referee
Robert Madley will be on the whistle for Saturday’s big game at The Dunes Hotel Stadium as he oversees his second Barrow fixture of the campaign.

The experienced official returned to the EFL’s list of referees last term and was the man in the middle for our 2-1 defeat to Newport County back in September.

Madley’s most recent appointment was in League One last weekend when he watched MK Dons and Wigan Athletic play out a 1-1 draw at Stadium MK.

Tickets
Tickets for Saturday’s game are available to home fans in advance online and from The Dunes Hotel Stadium which will remain open until 4pm on Friday.

Fans are advised that the Main Stand is completely sold out so only standing tickets remain. No tickets will be sold to visiting supporters.

Fans will be able to listen to expert Bluebirds commentator Adam Johnson, who will be joined by John Goodwin and Chris Lumsdon to describe all the derby action as it unfolds.

Betting
The Bluebirds have been installed as 23/20 favourites for three points on Saturday, with Carlisle rated a 12/5 shot for victory and the draw priced up at 21/10 with our friends at Sky Bet.

Barrow’s biggest home league crowd in over 50 years was left disappointed as Carlisle United took the derby day honours at The Dunes Hotel Stadium on Saturday.

Goals from Jordan Gibson and Kristian Dennis did the damager for the visitors, with Ollie Banks’ strike proving mere consolation for The Bluebirds in the end.

An attendance of 4,658 – the largest home league turnout since Boxing Day 1969 – saw Mark Cooper make one change to his starting line-up, as Tom White returned in place of the suspended Tom Beadling in midfield.

A tense start saw few good opportunities in the opening stages as both sides competed with a swirling wind which made things difficult.

Joe Riley’s speculative long-range effort went well over the bar, before Josh Gordon glanced a header wide at the front post after a great delivery from Patrick Brough on the left.

Carlisle suffered a blow when skipper Callum Guy was forced off through injury on 19 minutes and they had to work hard to prevent falling behind moments later when good work from Robbie Gotts set up Josh Gordon, whose shot was well blocked.

Jack Armer’s cross from the left got caught in the wind and almost caused an issue for Paul Farman at his back post but the Bluebirds keeper adjusted to palm the ball over the bar.

On 32 minutes though, Farman was beaten. Barrow struggled to clear on the left of their area and, when the ball sat kindly for Jordan Gibson, the Carlisle man drilled a sweet strike across the keeper and into the far corner of the net for 1-0.

Brennan Dickenson could have doubled the lead five minutes before the break as Barrow struggled to regain their composure, but the midfielder’s shot did not match his weaving run and went over the bar.

Barrow had their biggest opportunity just before the break when a free kick was nodded down into the area and found its way through to Patrick Brough at the far post, but he was denied by a wonderful point blank save from Mark Howard.

The Bluebirds began the second half with greater purpose and could have been back on level terms when John Rooney’s free kick from the right found Matt Platt, but his stooping header crashed out off the bar with Howard completely beaten.

Barrow kept the pressure on, and a wicked right-wing corner from Anthony Glenon also caused panic in the Carlisle area only to flash across goal without anyone able to divert it goalwards.

Brough’s excellent delivery then created another chance for Aaron Amadi-Holloway who got up highest to glance a header on goal, but it dropped wide of the far post.

Carlisle held firm in the face of Barrow’s pressure though and forged further ahead on 75 minutes when a ball forward was chased down by Kristian Dennis to nip in and knock the ball beyond Farman and make it 2-0.

It looked like that would be that, but The Bluebirds grabbed a goal back on 78 minutes when Mark Howard failed to fully deal with Rooney’s corner from the left and Ollie Banks lashed the loose ball into the roof of the net.

Banks tried to double up when Barrow were awarded a free kick 30 yards out and the skipper unleased a low drive which was pushed round the post by Howard at full stretch down to his right.

Cooper’s men continued to probe for a way through but were held at bay by their visitors who held on for their fifth win in six games under new boss Paul Simpson.

Here are all the details you need if you want to join us at The Dunes Hotel Stadium for this Saturday's big game against Carlisle United.

The Bluebirds return to home soil on Saturday (3pm kick-off) for the big Cumbrian derby against Carlisle United – and you can still buy your tickets to make sure you’re there to cheer them on!

Tickets for the exciting fixture are on general sale to home fans right now and we’re expecting a bumper crowd and an incredible atmosphere for one of most anticipated games of the season.

After Tuesday night’s win at Scunthorpe United, Barrow will be aiming to build momentum and continue to climb the League Two table so why not come along and do you bit to support them?

Fans are advised that tickets in the Main Stand are now completely sold out for Saturday's game but tickets remain for the standing areas of the ground.

The easiest way to buy your tickets is to head to Online Tickets Portal where you can either print out your tickets at home or simply show the QR code from your mobile device at the turnstiles as you enter the stadium.

Tickets will also be on sale on matchday from Main Reception from 10am (card payment only) and then from the Ticket Booth in our Fan Zone from 12noon.

Away Fans
Carlisle United fans are warned not to travel without a ticket as there will be no availability for them on the day of the game as their allocation is completely sold out.

We have strict procedures in place and are working closely with Carlisle United to ensure visiting fans are not able to access home areas of the stadium. 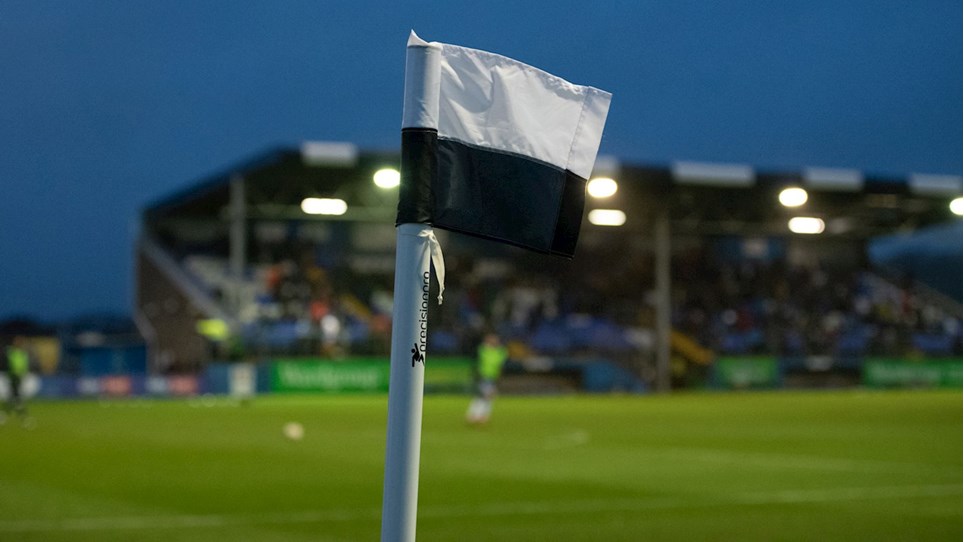 
Here are all the details Bluebirds fans need for buying tickets for the home game against Carlisle United at The Dunes Hotel Stadium in March. 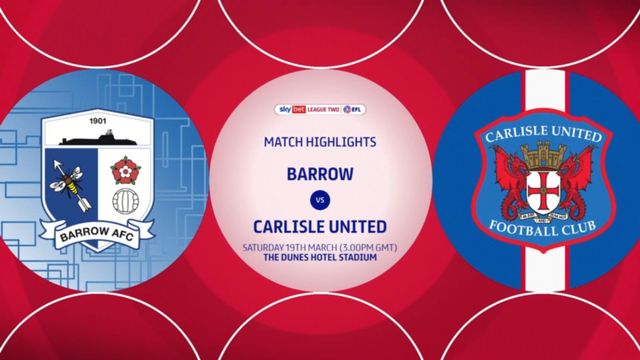 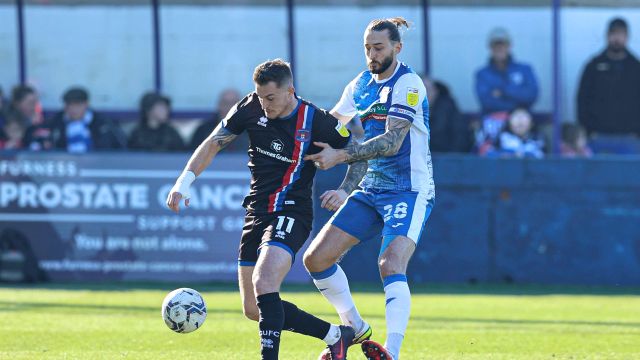