We turn the spotlight on Saturday's action with a full and in-depth preview of The Bluebirds' League Two trip to The Crown Oil Arena.

In Opposition
Following relegation from League One last term, Rochdale started 2021/22 in reasonably solid fashion but have struggled to find the consistency to be up there challenging for an instant return.

Their win at Barrow in October had them three points outside the play-offs, but just one victory in their following 13 League Two outings has seen the drop out of contention.

Indeed, concerns had been growing that they could be sucked into danger at the bottom, though crucial recent wins over Scunthorpe United and Northampton Town means they now sit seven points above the drop zone.

However, back-to-back defeats at Carlisle United and Sutton United coming into Saturday’s game means Robbie Stockdale’s side still do have a little work to do fully guarantee their place in the division for next term.

One To Watch
Rochdale paid an undisclosed fee to take Woking marksman Tahvon Campbell to The Crown Oil Arena during the January transfer window.

The 25-year-old front man had been in prolific form for The Cardinals during the first half of the campaign, hitting double figures by the start of October to earn attention from higher division clubs.

Campbell opened his account for Dale during the epic 3-3 draw with Harrogate Town last month, while he also netted the only goal in their recent win over Northampton Town.

Head To Head
Saturday’s game will be The Bluebirds’ first trip to Rochdale September 1969 when they were beaten 1-0 at Spotland in a Division Four contest.

The 1969/70 campaign was the last time the two clubs shared a division though they did meet in the FA Cup in January 2017 when the Lancashire outfit won 2-0 in Cumbria.

Earlier this season, Dale enjoyed a 2-1 success at The Dunes Hotel Stadium when a Jake Beesley double either side of an Ollie Banks goal ensured the three points for Robbie Stockdale’s men.

Referee
Charles Breakspear will take charge of his first Barrow game of the season on Saturday when he’s the man in the middle for our trip to The Crown Oil Arena.

The experienced official has been on the EFL’s list of referees since the beginning of the 2013/14 campaign and has operated across Leagues One and Two this season.

Saturday will be his 30th outing of 2021/22, with his most recent appointment on the first day of the month when he oversaw Newport County’s 1-1 draw with Forest Green Rovers at Rodney Parade.

Tickets
Fans can buy their tickets for Saturday’s game in advance from The Dunes Hotel Stadium until 4pm on Friday – after which they will also be available on the day from Rochdale’s Ticket Office and Ticket Cabin.

Live Streaming
We are unable to live stream games on iFollow in the UK on Saturday afternoons, though Bluebirds fans outside of the country can still access live footage of the weekend game as normal on iFollow.

Click here now to visit the Rochdale Match Centre and snap up your Video Match Pass.

It’s the only way access online commentary and fans will be able to listen to expert Bluebirds commentator Adam Johnson who will be joined by Darren Edmondson at Rochdale on Saturday.

Betting
The bookies have installed Rochdale as 19/20 favourites for three points this weekend, with The Bluebirds rated an 11/4 shot for victory and a draw priced up at 12/5 with Sky Bet.

The Bluebirds drew for the fifth time in seven games as this time they shared the points with Rochdale following a hard fought goalless draw at The Crown Oil Arena.

Backed by a boisterous travelling of 608 Bluebirds fans, Barrow gave as good as they got and arguably came closest to breaking the deadlock with an Ollie Banks header which struck the bar.

However, the hosts were more aggressive during the second half and The Bluebirds had to defend with determination and rely on another strong performance from goalkeeper Paul Farman.

Mark Cooper opted to make three changes to his starting line-up as Aaron Amadi-Holloway returned following suspension and Remeao Hutton and George Williams both started with The Bluebirds reverting to four at the back.

There was an early opening when January signing Tahvon Cambpell scampered clear on goal down the left, but Paul Farman charged from his line, made himself big and brilliantly blocked the shot.

The Bluebirds settled into the game well after that scare and began to enjoy some good possession, with Robbie Gotts looking in particularly lively mood down the right.

Farman was called into action again on 12 minutes when Jimmy Keohane engineered an angle to shoot from 20 yards, but his powerful drive was parried away from danger by the Barrow keeper.

More good work from Gotts helped Remeao Hutton into a dangerous position on the right of the area and his drilled cross was sliced up in the air by a defender to cause momentary panic before keeper Jay Lynch did well to claim the ball.

Farman was once again alert when a challenge on the touchline saw the ball inadvertently ricochet into the path of James Ball inside the box, but the Bluebirds stopper was once again out quickly to block the shot with his feed.

Keohane flashed another effort just wide of the upright before Barrow responded through Gotts, who drove towards the edge of the area before playing a one-two with Amadi-Holloway only for the midfielder’s powerful strike to flash just too high to trouble Lynch.

Skipper Ollie Banks, sporting a bandage round his head after a clash earlier in the half, showed the injury wasn’t affecting him when he met a deep John Rooney corner to head on goal, but it crashed into the cross bar and stayed out.

There was a big chance for Dale at the start of the second half when a cross field ball was laid back across goal by Stephen Dooley for Ball to run on to, but he stabbed his shot wastefully wide.

The hosts created another opportunity on 53 minutes when a ball in from the right found Campbell, who took a touch and then tried to hook a shot on goal but sent it off target.

Dale were beginning to get on top and had another opening when Corey O’Keeffe flighted a cross in from the right which was collected by Campbell who turned to shoot but found Farman in his way once more.

The keeper had to get down quickly to prevent Max Clark opening the scoring just after the hour when he met a deep free kick at the back post, but Farman did well to push it behind for a corner.

Barrow had a rare foray into Rochdale territory on 71 minutes when Patrick Brough found space to whip a cross into the area, but Amadi-Holloway could only glance a header wide of the far post.

George Broadbent could have snatched the points for Dale with four minutes left when he ran onto the ball 20 yards out but could only send a shot over Farman’s cross bar.

Here are all the ticket details you need if you want to cheer The Bluebirds on at The Crown Oil Arena.

Bluebirds fans have snapped up 442 tickets in advance but you can still buy for Saturday's game at Rochdale on the day of the game at The Crown Oil Arena.

There is no increase in price and tickets will be on sale via card payment in the Ticket Office and with cash from the Ticket Cabin.

Please be aware that The Crown Oil Arena is operating a barcoded entrance and there will be no cash turnstiles in operation on the day.

Wheelchair users can buy tickets from us as per their relevant age category and a carer will be entitled to a free ticket.

Ambulant disabled supporters are also charged as per their relevant age category. A carer’s ticket will also be free of charge for those in receipt of middle to higher rate of DLA. 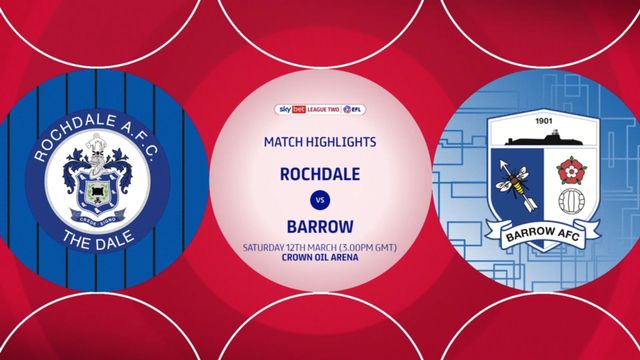 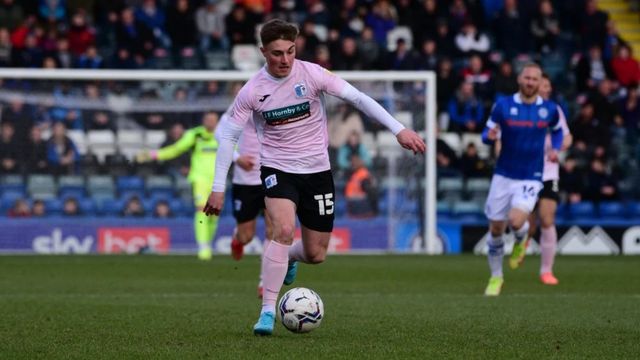