We take a closer look at this weekend's season finale with a full and in-depth preview of Northampton Town's visit to The Dunes Hotel Stadium.

In Opposition
Northampton Town arrive at The Dunes Hotel Stadium knowing that one more win should be enough to secure their instant return to League One following last term’s relegation.

The Cobblers are currently in pole position for the final automatic promotion spot but have no fewer than four clubs breathing down their neck, hoping they slip up in Cumbria this weekend.

Having had an indifferent start to the 2022/23 campaign following their drop into League Two, Town got their act together to drive into promotion contention and three wins from the last four have seen them nudge into third place.

Boss Jon Brady was handed the reins on a permanent basis during the summer after he was promoted from the club’s Academy to succeed Keith Curle last February.

The Australian coach has previous experience of leading teams to promotion having won the Southern Premier title in a former role at Brackley Town so will be hoping to add another honour to his CV on Saturday.

One To Watch
Mitch Pinnock has been a revelation since arriving at Sixfields last summer after turning down the offer of a new contract with Scottish Premiership outfit, Kilmarnock.

The influential winger has been one of The Cobblers’ star performers during their drive to return to League Two, featuring in every league game and helping himself to nine goals.

Pinnock has scored in each of Town’s last two games and if he could make it three in three this weekend it could prove to be his most precious goal yet – it will be Barrow’s job to keep him quiet.

Head To Head
Saturday’s game will be the 16th competitive encounter between Barrow and Northampton Town – and it’s The Cobblers who have the better record having won 10 in comparison to The Bluebirds’ four triumphs.

You have to go back to August 1971 for Town’s last visit to Barrow and they left with maximum points after a 1-0 success and went on to complete the Division Four double two months later.

Barrow’s last victory over Northampton was the previous season when goals from Malcolm Russell and Mick Hollis ensured a 2-1 triumph.

Referee
Ross Joyce will take on his third Bluebirds appointment of the season on Saturday when he’s the man in the middle for our League Two meeting with Northampton Town.

The experienced official was on the whistle for our 1-1 draw with Bristol Rovers at The Dunes Hotel Stadium in August, while he also oversaw our ridiculous FA Cup tie against Barnsley at Oakwell in January.

Tickets
Tickets for Saturday’s game are available to fans in advance online and from The Dunes Hotel Stadium which will remain open until 4.30pm on Friday afternoon.

Live Streaming
Due to restrictions over the broadcast of live Saturday afternoon football, unfortunately we will not be able to provide a live stream of our game against Northampton Town to fans in the UK.

However, Bluebirds supporters based outside of the UK will be able to access a live video feed on iFollow as usual and can buy their Video Match Passes right now.

Live Commentary
iFollow is the only place that fans can listen to live online commentary of Saturday’s season finale as we continue the partnership with our friends at BBC Radio Cumbria.

Fans will be able to listen to expert Bluebirds commentator Adam Johnson, who will once more be alongside John Goodwin as the pair describe all the action as it unfolds against The Cobblers.

Betting
Northampton Town have been installed as 4/7 favourites to collect three points on Saturday, while The Bluebirds are rated a 9/2 shot for victory and a draw can be backed at odds of 11/4.

Click here now to take a look at a full list of Sky Bet’s markets ahead of Saturday’s game.

Barrow’s season ended in home defeat as Northampton Town’s powerful first half hour proved the difference on the final day of 2021/22 at The Dunes Hotel Stadium.

The Cobblers were 3-0 up after a brilliant start to the game but Josh Kay pulled one back just before half time and things disintegrated for the visitors as results elsewhere left their automatic promotion hopes in the balance at the final whistle.

The visitors got off to the perfect start when they moved in front with just five minutes on the clock as Sam Hoskins was allowed enough space 20 yards out to curl an accurate shot into the bottom right corner of the net.

Barrow looked to respond and had shots blocked from Jordan Steven and John Rooney before the latter’s teasing cross to the far post skidded wide without anyone in blue able to apply a finishing touch.

Northampton doubled their advantage on 14 minutes when a right-wing corner was sent deep to the far post and defender Fraser Horsfall towered above everybody to head home from close range.

Remeao Hutton could have pulled one back almost immediately when he cut inside dangerously from the right only to drag his left-footed effort wide at the near post.

On 21 minutes, Town made it 3-0. Barrow’s defence was cut open with ease and Josh Eppiah laid the ball into the path of Hoskins who stroked home his second of the afternoon with ease.

Matt Platt had a chance from a corner but headed straight at Town keeper Liam Roberts, while Joe Grayson had to work hard to get back with a last-ditch challenge to prevent Appiah from making it 4-0 on the break.

Phil Brown’s men grabbed a lifeline on the stroke of half time when Josh Kay met Rooney’s left-wing corner and flicked a beautiful looping header over Roberts and into the far corner of the net and make it 3-1.

The Bluebirds came out full of intent at the start of the second half and Rooney had a shot blocked before there were convincing appeals for a penalty turned down after the ball seemed to strike Hoskins’ hand inside the area to block a Glennon cross.

They got even closer to pulling another goal back when Gordon got a firm contact on Glennon’s inswinging corner, but his header smashed back off the cross bar and Northampton survived.

The Cobblers got bad news from elsewhere and realised they needed another goal to secure promotion and almost got it when Hoskins got in at the far post, but his header was saved by Farman.

There was drama right on 90 minutes when a bouncing ball forward was misjudged by keeper Roberts who then chose to deliberately handle outside the area and was shown a straight red card as a result. Outfield player Danny Rose donned the gloves but was not drawn into action as Rooney’s free kick was blocked by the wall.

Kay could have netted a further consolation right at the death when he met a deep cross on the volley but he directed it just too high and the game finished 3-1.

Here are all the details you need if you want to buy tickets for Saturday’s Sky Bet League Two game against Northampton Town at The Dunes Hotel Stadium (3pm kick-off).

Phil Brown’s men return to home soil after two long away trips to round-off the campaign against a Cobblers’ side who are withing touching distance of promotion to League One.

With The Bluebirds focused on claiming their third successive home victory to the backdrop of the League Two promotion race, it promises to be another thrilling afternoon for fans to enjoy.

As a result, we can already confirm that tickets are completely sold out for the Main Stand ahead of the weekend’s fixture and no more sales are being taken online.

Subject to availability, tickets remain on sale at the Ticket Office at Main Reception (card only) and then from the Ticket Booth in the Fan Zone (cash and card) from 12noon. 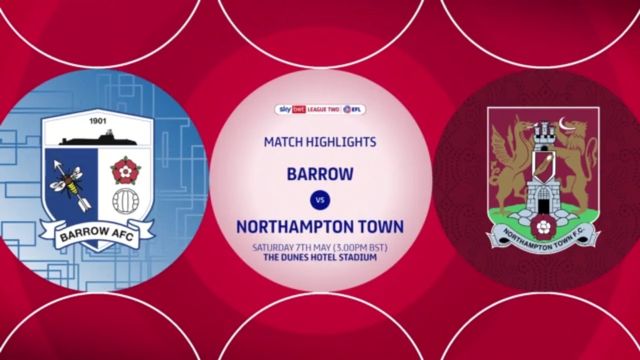 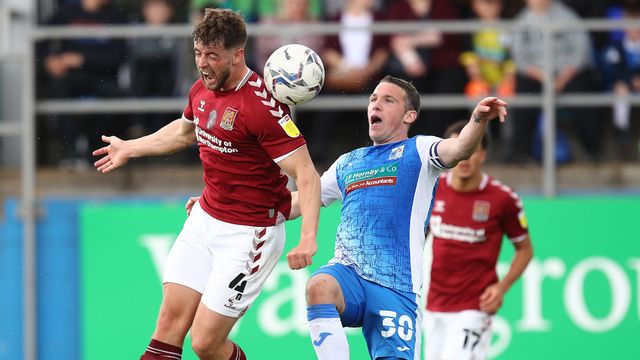