We turn our attentions to the Papa John's Trophy with a full and in-depth preview of Leicester City Under-21s' visit to The Dunes Hotel Stadium.

In Opposition
Leicester City Under-21s will arrive at Barrow this evening on the back on an entertaining 3-3 draw with Arsenal in Premier League 2 over the weekend.

A point against the table-topping Gunners on Saturday took City’s unbeaten run to three games, though the result was tinged with disappointment given they had led 3-0 at one stage.

Former Stoke City and Hull City midfielder Ben Petty is the man in charge of Leicester’s Development Squad and he is hoping they can build on their recent good run when they travel to The Dunes Hotel Stadium.

City are looking for their first point in this year’s Papa John’s Trophy competition having been beaten 4-1 at Fleetwood Town and 5-0 at Accrington Stanley in their previous group outings.

Referee
Anthony Backhouse will take charge of his first Barrow fixture of the season tonight when he’s on the whistle for our encounter with Leicester City U21s.

The experienced official is now into his fifth season on the EFL’s list of referees, and he last saw The Bluebirds in action when we defeated Solihull Moors 2-1 in the National League in November 2016.

Backhouse’s most recent appointment came in the FA Cup at the weekend when he oversaw the televised goalless draw between Sheffield Wednesday and Plymouth Argyle.

Tickets
Tickets for tonight’s game are priced at just £10 for adults and £5 for Seniors and Under 18s.

They are available in advance online right now, from Main Reception (card payment only) from 12noon and then from the Fan Zone Ticket Booth from 5pm (cash and card payment).

Betting
Barrow have been installed as 5/4 favourites for victory this evening, with the visitors Leicester City rated a 9/4 shot and odds of 13/5 on the game going to penalties.

It was far from a classic under the lights at The Dunes Hotel Stadium but it was illuminated by Stevens’ wonderful strike which really was worth the admission money on its own.

Mark Cooper made ten changes to his line-up with only Remeao Hutton remaining from the side which kicked-off in the weekend FA Cup win over Banbury United.

Mike Jones was welcomed back into the centre of the Bluebirds’ midfield to play his first game in almost a year following a troublesome Achilles injury.

Both sides knew they could not quality for the next stage of the competition, and it showed during a slow first half which was short of real goalmouth action.

Luke James saw a shot blocked by keeper Chituru Odunze after City had failed to deal with a corner, while at the other end Kasey McAteer got in behind on the left but couldn’t pick out a teammate with a cross.

Leicester did have the ball in the net on 19 minutes when Bayu Spencer-Adams turned it home from close range but his celebrations were cut short when the offside flag was belatedly raised.

Offrande Zanzala came off the bench on the half-hour mark to replace the injured George Williams. The front man almost made an immediate impact when he showed good strength to turn away from his defender on the halfway line to play in Tom White but the midfielder’s low strike across goal flashed wide.

Mark Ellis met a right-wing corner with a powerful header just before the break, but he couldn’t keep it down and the effort went over the cross bar.

Barrow began the second half with a bit more intent and Josh Kay had the first shot in anger when he cut inside from the left to let fly but his effort lacked the power to trouble Odunze.

Kay then turned provider, driving dangerously at the City defence before releasing an intelligent pass into the feet of James on the left of the box who took a touch before trying a shot but Odunze had raced from his line to narrow the angle and make the save.

Leicester responded with a foray into Barrow territory which set-up an opportunity for Ethan Fitzhugh to shoot from 25 yards, but Josh Lillis got across to his right to make a routine save and it remained goalless.

James then produced some good work on the right of the box to cross for Zanzala who met the cross with a sweet volley only to see it brilliantly turned over the bar by Odunze.

City then came as close to a goal as they had all night when McAteer drove infield from the right and drove a curling effort on goal which just didn’t come back enough to nestle in the top left corner of the net.

The game looked to be drifting towards the most pointless penalty shootout in history, especially when Tom White nodded wastefully wide in the last minute following more good work from James.

However, substitute Jordan Stevens provided a moment of real quality in the first minute of injury time when he picked the ball up nearly 35 yards from goal and unleased an unstoppable shot right into the top corner to snatch victory for The Bluebirds.

Mark Cooper’s men return to home soil on Tuesday evening to finish off the group stages of the Papa John’s Trophy for 2021/22 with a meeting against Leicester City’s young guns.

Barrow fans can take advantage of reduced ticket prices, with the Bluebirds boss Cooper set to make some changes to his line-up to get some match action into the players who need it.

It was confirmed on Saturday that Mike Jones is expected to play some part against The Foxes as he looks to step up his return after a really troublesome Achilles problem.

Elsewhere, other players who have been out through injury will look to get some minutes under their belts so it could be a really intriguing contest – and one in which the lads will be thrilled to have your support.

Ticket prices for the game have been slashed to just £10 for adults and £5 for Seniors and Under 18s so why not come along and cheer the boys on as they warm-up for the weekend derby?

Alternatively, fans can buy tickets in-person from The Dunes Hotel Stadium until 4pm on Monday and then from 2pm on Tuesday or by calling 01229 666 010.

Tickets won’t be on the turnstiles prior to kick-off but fans can pick them up from the Ticket Office behind Main Reception (card payment only) or from the Ticket Booth in the Fan Zone (card and cash).

Click here to buy your tickets online for Tuesday’s game. 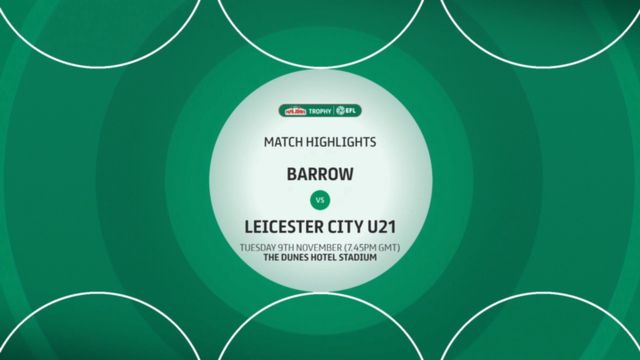 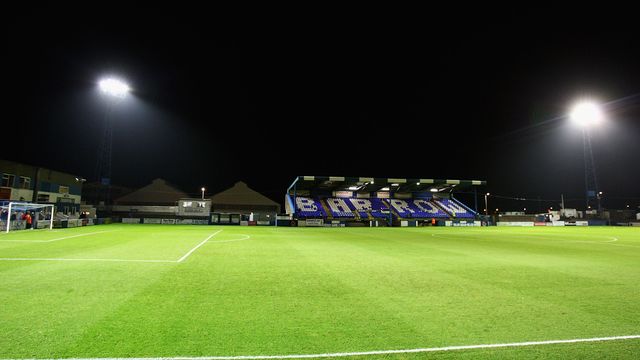