We turn our attentions to the weekend with a full and in-depth preview of The Bluebirds' League Two trip to Brunton Park.

In Opposition
Carlisle United’s slow start to the new campaign persuaded the Board to make a change at the top as Chris Beech left the club to be replaced by former Bristol City boss Keith Millen last month.

The Cumbrians enjoyed a brilliant start to 2020/21 but form dipped during the second half of the season, and they have been unable to rediscover their consistency so far this term.

They have tasted League Two victory just twice but Millen will hope that a couple of cup wins (against Horsham in the FA Cup and at Morecambe in the Papa John’s Trophy) can produce a spike in confidence among his players.

Millen’s men currently lie second bottom in the table but the congested nature of the standing means that they are just six points behind The Bluebirds ahead of Saturday’s derby meeting.

One To Watch
Zach Clough has scored twice in his last five appearances for Carlisle United as he looks to fully find his feet following a summer move from Wigan Athletic.

The 26-year-old forward netted the clinching goal in last weekend’s 2-0 FA Cup triumph over Horsham as new boss Keith Millen got his first win since being appointed to the Brunton Park hotseat.

Clough, who initially emerged through the youth ranks at Bolton Wanderers and made a big money move to Nottingham Forest, is looking to reignite his career with The Cumbrians and is a player Barrow need to keep a close eye on.

Head To Head
Last season was the first time that Barrow and Carlisle United had met in competitive action since the 1960s when they both shared the old Division Four.

There have been plenty of pre-season friendlies between the sides over the years, but this will be the first competitive derby with a crowd since a 4-1 Carlisle win at Brunton Park in April 1964.

The Bluebirds lost 1-0 on their trip to the north of the county last term – Jon Mellish’s first half header enough to hand The Cumbrians all three points last September.

Referee
Martin Coy will take in his second Barrow game of the 2021/22 campaign when he’s on the whistle for this weekend’s derby encounter at Carlisle United.

The official, now into his fifth season on the EFL list of referees, was also the man in the middle for our televised Carabao Cup tie against Aston Villa at The Dunes Hotel Stadium in August.

Coy’s most recent appointment came in the Papa John’s Trophy on Tuesday when he saw Crewe Alexandra defeat Wolves Under-21s 3-0 at The Alexandra Stadium.

Tickets
Tickets are now no longer available from The Dunes Hotel Stadium and there will be no tickets on sale to away fans on the day of the game.

Fans who have tickets are advised it is allocated seating at Brunton Park and you will therefore need to sit in the seat as printed on your ticket.

Live Streaming
Due to it being an international break, we are able to broadcast live online video coverage of Saturday’s game to supporters in the UK and abroad.

Video Match Passes are on sale now priced at just £10 so if you can’t make it to Brunton Park, then let us bring the action to you on iFollow.

Live Commentary
We will also be providing live online audio commentary from every game this season as we continue our broadcast partnership with BBC Radio Cumbria.

Fans will be able to listen to expert Bluebirds commentator Adam Johnson, who will be joined by regular summariser John Goodwin for full coverage of this weekend’s derby at Brunton Park.

Betting
Carlisle United have been installed as 11/8 favourites for three points on Saturday, with Barrow rated a 19/10 shot and the draw priced up at 11/5 by our friends at Sky Bet.

The Cumbrian derby honours were shared as Barrow were held to a goalless draw in front of a bumper crowd at Brunton Park.

Over 7,000, including 1,629 travelling Bluebirds, crammed in to watch the first competitive meeting in front of a crowd between the two foes since the 1960s.

However, the game rarely showed signs of developing into a classic and in the end the two teams were happy enough to take a point apiece.

The hosts got on the front foot immediately from kick-off and some hesitation at the back from Barrow allowed Zach Clough the time to send a curling effort on goal which was well saved by Paul Farman to his right.

It was a start The Cumbrians built upon, and Mark Cooper’s men struggled to get their passing game going during a frenetic opening to the derby contest.

However, despite Carlisle enjoying much of the possession, they weren’t making too many inroads on the Barrow goal, Callum Guy coming closest with a volley from the edge of the area which flashed wide.

The Bluebirds sprung into action on 19 minutes with the best move of the game as a brilliant backheel from Jordan Stevens set Connor Brown away down the right and he picked out Ollie Banks on the edge of the box, but his first-time strike was well over the bar.

Matt Platt then came close to opening the scoring when he got on the end of a wicked Joe Grayson delivery from a right-wing corner, but it dropped wide of the far post.

Moments later, Josh Gordon should probably have made it 1-0 when he was picked out brilliantly by a Brown cross from the right, but the front man didn’t get enough on his header and it went wide at the back post.

The biggest opportunity arrived just after the half hour when a long ball through the middle of the Carlisle defence sent Offrande Zanzala clean through, but he prodded a shot wide with the goal gaping.

Barrow began the second half positively and came close to opening the scoring when Robbie Gotts whipped a free kick in from the left which was met by Patrick Brough, but he just got too much on it and his header landed on the roof of the net.

In truth though, the second half did not offer up much in the way of goalmouth action, though Platt did come close with another header just over from a Grayson delivery.

Carlisle substitute Brennan Dickenson tried his luck from long-range after peeling inside from the right, but the powerful drive was not accurate enough to trouble Farman.

The hosts could have nicked a scruffy winner four minutes from time when a ball into the area dropped for Rod McDonald, but he lashed an effort off the underside of the cross bar and substitute Lewis Alessandra could not force home the rebound.

Here are all the ticket details you need if you want to be part of the Barrow travelling support for the game against Carlisle United at Brunton Park.

Tickets for the game at Carlisle United on Saturday 13th November (1pm kick-off) are now no longer available.

Bluebirds fans have snapped up over 1,600 tickets for the game, with Mark Cooper's men now set to to be roared on by a bumper away following at Brunton Park this weekend.

Fans who have bought tickets for collection are advised they have until 2pm on Friday to pick these up from The Dunes Hotel Stadium.

We would like to remind supporters that tickets for Saturday's game have allocated seats and you should sit in the seat which corresponds to your ticket.

If you have any enquiries regarding your tickets then you can call the Club on 01229 666 010 or email d.pointer@barrowafc.com 
After discussions with Carlisle United, we are delighted to confirm that they have agreed to send us a small number of extra tickets for our upcoming fixture at Brunton Park. 
Tickets for our game at Carlisle United on Saturday 13th November (1pm kick-off) are now completely sold out. 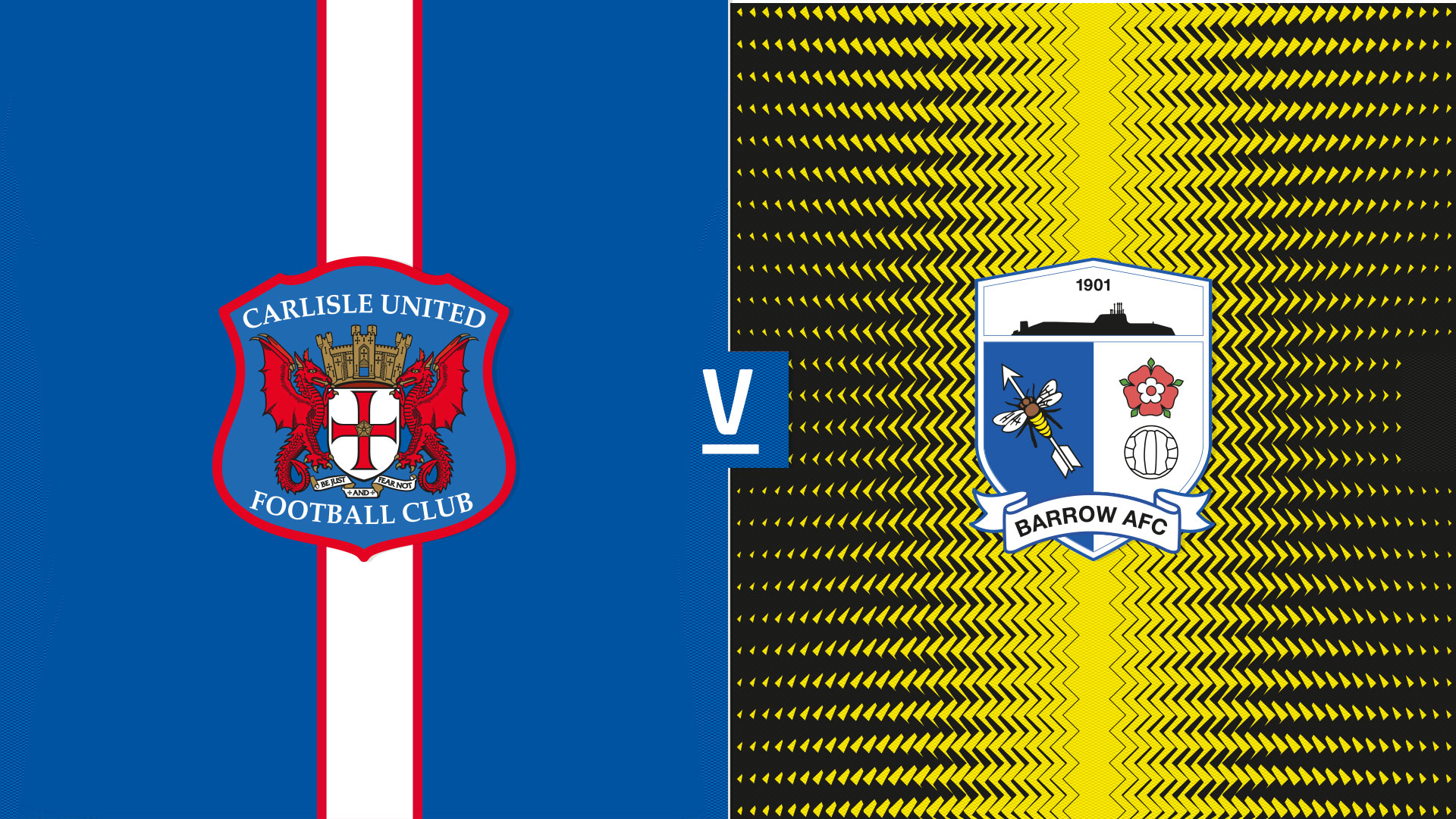 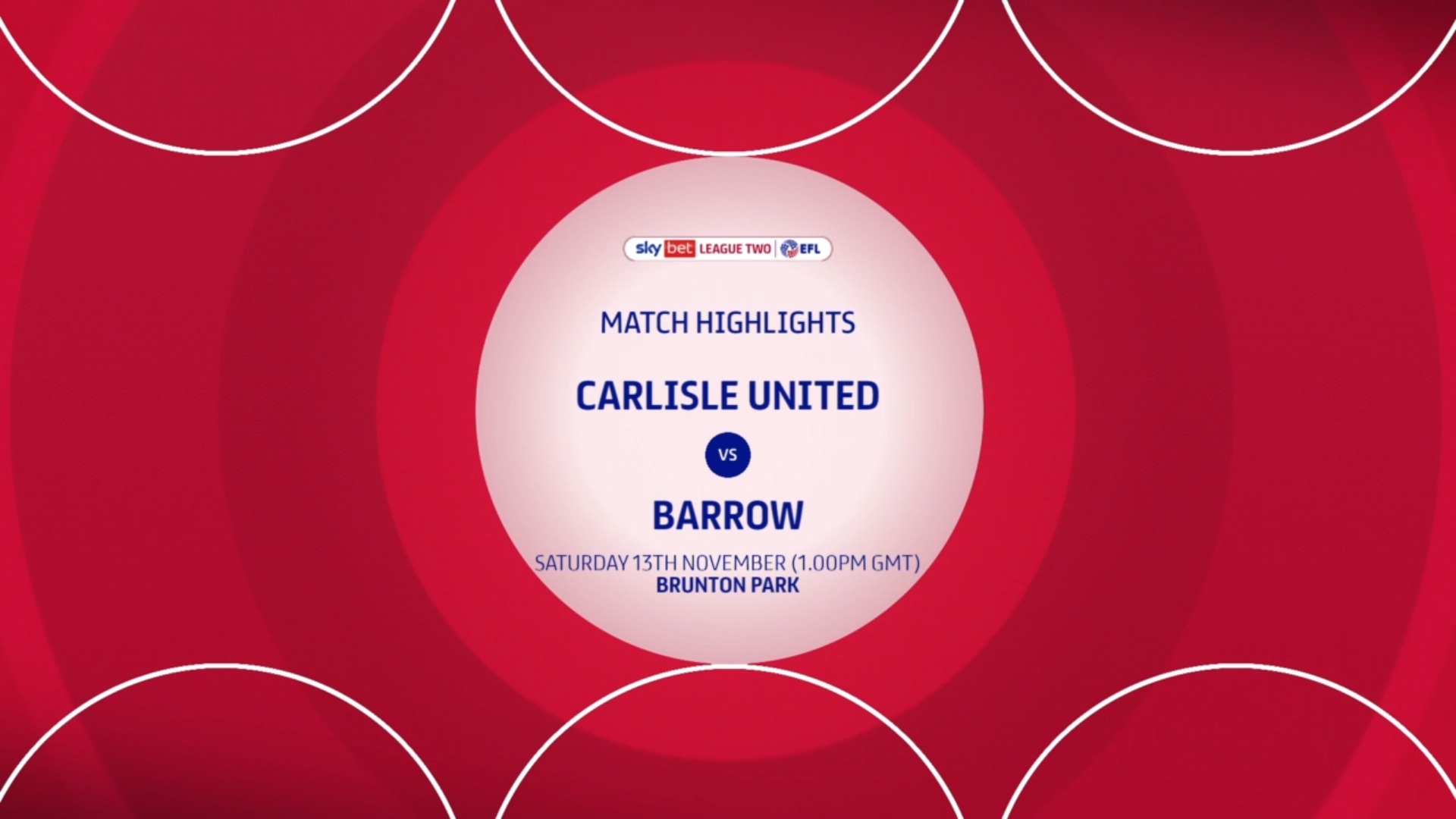 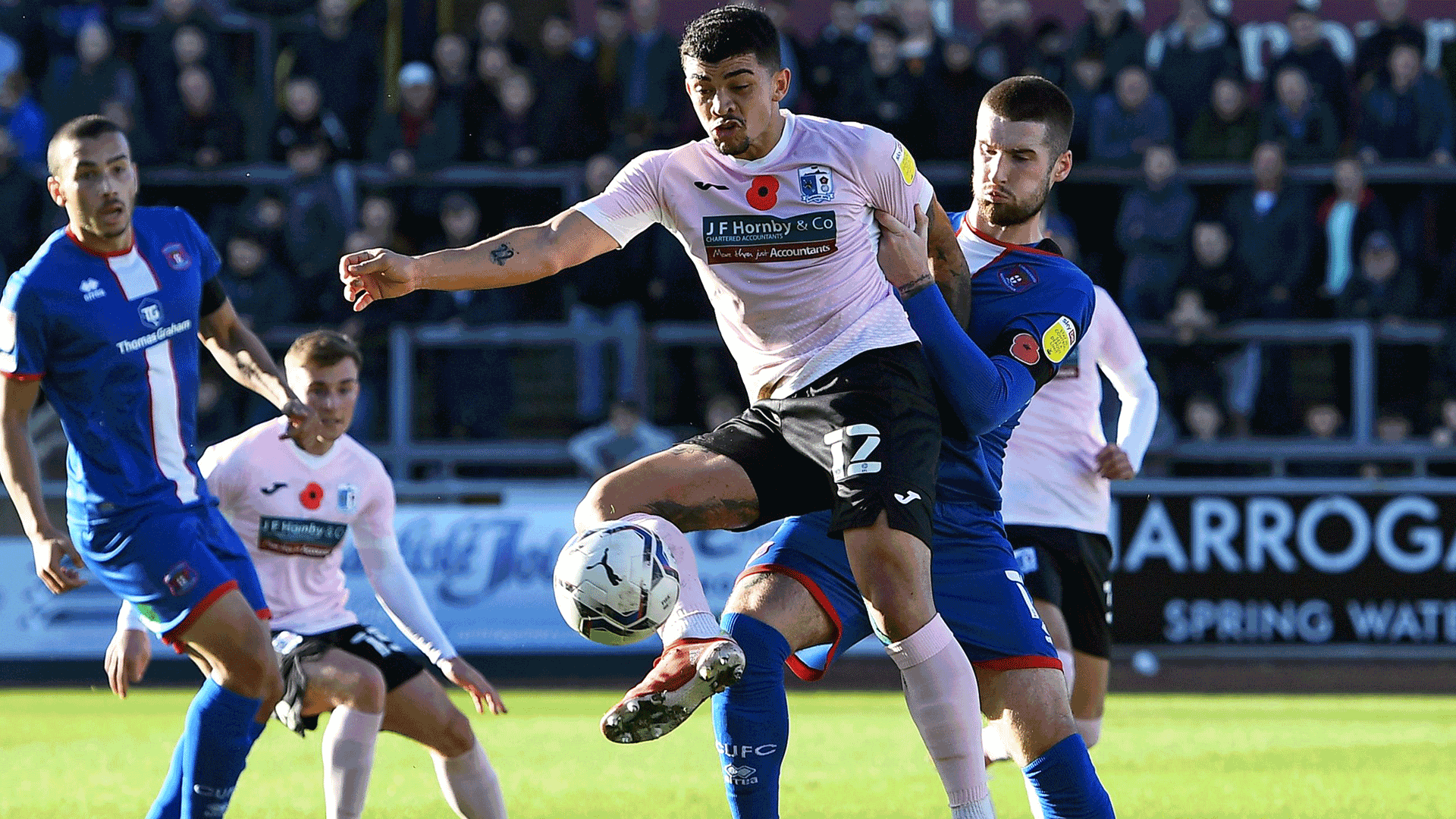