We turn our focus to the weekend with a full and in-depth preview of Rochdale's visit to The Dunes Hotel Stadium.

In Opposition
Rochdale will arrive in Cumbria this weekend looking to build on a confidence-boosting win over Sutton United on home soil last time out.

Now under the watch of Robbie Stockdale who was appointed as boss during the summer, Dale overcame The U’s 3-2 but did it the hard way having first squandered a two-goal lead.

Dale had been without a victory since the middle of September so it could prove an important moment for the Lancashire outfit as they look to climb the League Two table.

One To Watch
Attacking midfielder Alex Newby has had a strong start to the season for Rochdale and he’s top scored from midfield for Robbie Stockdale’s men so far.

The former Barrow man joined Dale last summer after a short spell on the books at Chorley having come through the ranks at Bolton Wanderers.

Newby was among the scorers in Rochdale’s brilliant win over Sutton United last week to take his tally for the season to three and he will be hoping to build that on his return to Barrow on Saturday.

Head To Head
In all, Saturday’s game will be the 85th competitive meeting between the two clubs but it’s the first time since a 2017 FA Cup tie in Cumbria which was won 2-0 by Rochdale.

This season is the first time that the two clubs have shared a division since the 1969/70 campaign and the last league encounter in Barrow went 2-0 in The Bluebirds’ favour.

Referee
We welcome Declan Bourne to The Dunes Hotel Stadium for the first time this season on Saturday when he is the man in the middle for our encounter with Rochdale.

The official is now into his second season on the EFL’s list of referees having been promoted from the National League alongside The Bluebirds in 2020.

Bourne has taken charge of nine games so far this term, the most recent at Prenton Park earlier this month for Tranmere Rovers’ 2-2 draw with Harrogate Town.

Tickets
Tickets for Saturday’s game are available in advance online and from The Dunes Hotel Stadium and we’ll be open until 4pm on Friday.

Fans will be able to listen to expert Bluebirds commentator Adam Johnson, who will be joined by John Goodwin to describe all the action as it unfolds against Dale.

Betting
Barrow have been made favourites to collect three points this weekend at odds of 6/4, while visitors Dale are a 9/5 price for victory and the draw is available at 21/10 with our friends at Sky Bet.

Ground staff and volunteers worked tirelessly to ensure the game went ahead despite heavy rain throughout the week but their efforts weren’t rewarded with a result from The Bluebirds.

Rochdale got on the front foot in the early stages and fired a warning shot within five minutes when Jimmy Keohane did well to find space on the left of the area, but Paul Farman quickly came out to close the angle and make a big save.

Keohane flashed another effort just wide and then Jake Beesley nodded a close-range header just over the bar from a corner as the visitors pressed for an opener.

Barrow finally came into the game as an attacking threat on 18 minutes when Josh Kay wriggled into a shooting position and saw his effort parried by keeper Joel Coleman before Robbie Gotts’ follow-up was blocked.

However, just before the half hour mark, Dale did lead. There was a suspicion of handball as Beesley took control and drove in behind the Barrow defence but there was no doubt about the finish as he rammed a low shot beyond Farman for 1-0.

The Bluebirds players literally ran from the pitch to get into the dressing room at half time and whatever words were said by Mark Cooper certainly had the desired effect.

Barrow were back on level terms within ten minutes of the restart as Josh Gordon was upended by Corey O’Keefe inside the area and Ollie Banks took the penalty, which was saved by the keeper but headed in on the rebound by the Bluebirds’ midfield star.

Cooper’s men looked energised, and they remained on the front foot and substitute Luke James could have given them the lead when he ran on to Gotts’ ball, but his shot was well blocked.

Dale then stunned their hosts by breaking down to the other end and stealing a second goal when Corey O’Keefe’s ball across the six-yard area found Beesley who was able to stab the visitors back in front on 72 minutes.

The goal seemed to take the wind out of Barrow’s sails for a spell, but they came back into it in the closing stages and James got another shot in on goal which a defender did well to block.

However, they couldn’t find a way through and were consigned to their second home defeat of the campaign as Dale celebrated the three points.

Take a look at all the ways you can buy tickets for Saturday's game and come and join us at The Dunes Hotel Stadium for the League Two action.

After the drama of last weekend, The Bluebirds return to home soil on Saturday when they host Rochdale at The Dunes Hotel Stadium (3pm kick-off).

Mark Cooper’s men are now sitting in a solid 13th place in the League Two table and just five points from the play-off places ahead of this weekend’s encounter with Rochdale who lie 15th.

Tickets for the contest are on sale now and, with crowds continuing to grow for home games back in the EFL, why not come along this weekend and see what all the fuss is about?

It’s never been easier to buy your tickets and if you purchase in advance of Saturday then you can also make a small saving on the price!

Heading online to buy is the easiest way. Simply visit our Online Tickets Portal (click here) and you can choose to either print your tickets at home or just display the QR code directly from your mobile device as you enter at the turnstile.

Tickets are also available direct from The Dunes Hotel Stadium where our offices are open and able to deal with your enquiries between 10am and 4pm every Monday to Friday.

Fans can order their tickets for the game over the telephone too – simply give us a call on 01229 666 010 and we can process your purchase and arrange for tickets to be available to collect on Saturday.

If you want to buy tickets on the day of the game, then you can do so from 12noon at our Ticket Office behind Main Reception (card payment only) or from the Ticket Booth within our Fan Zone (cash and card). 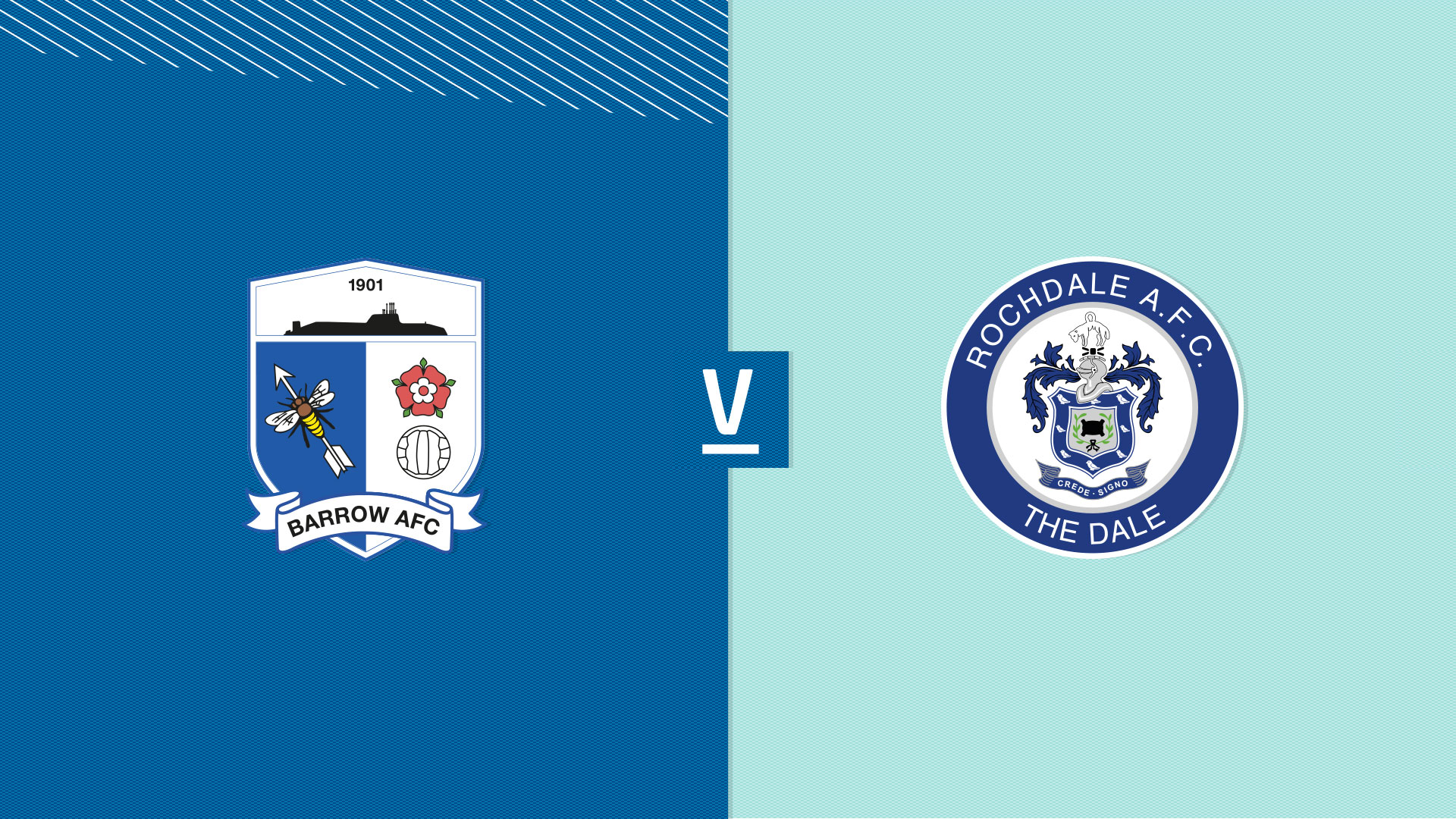 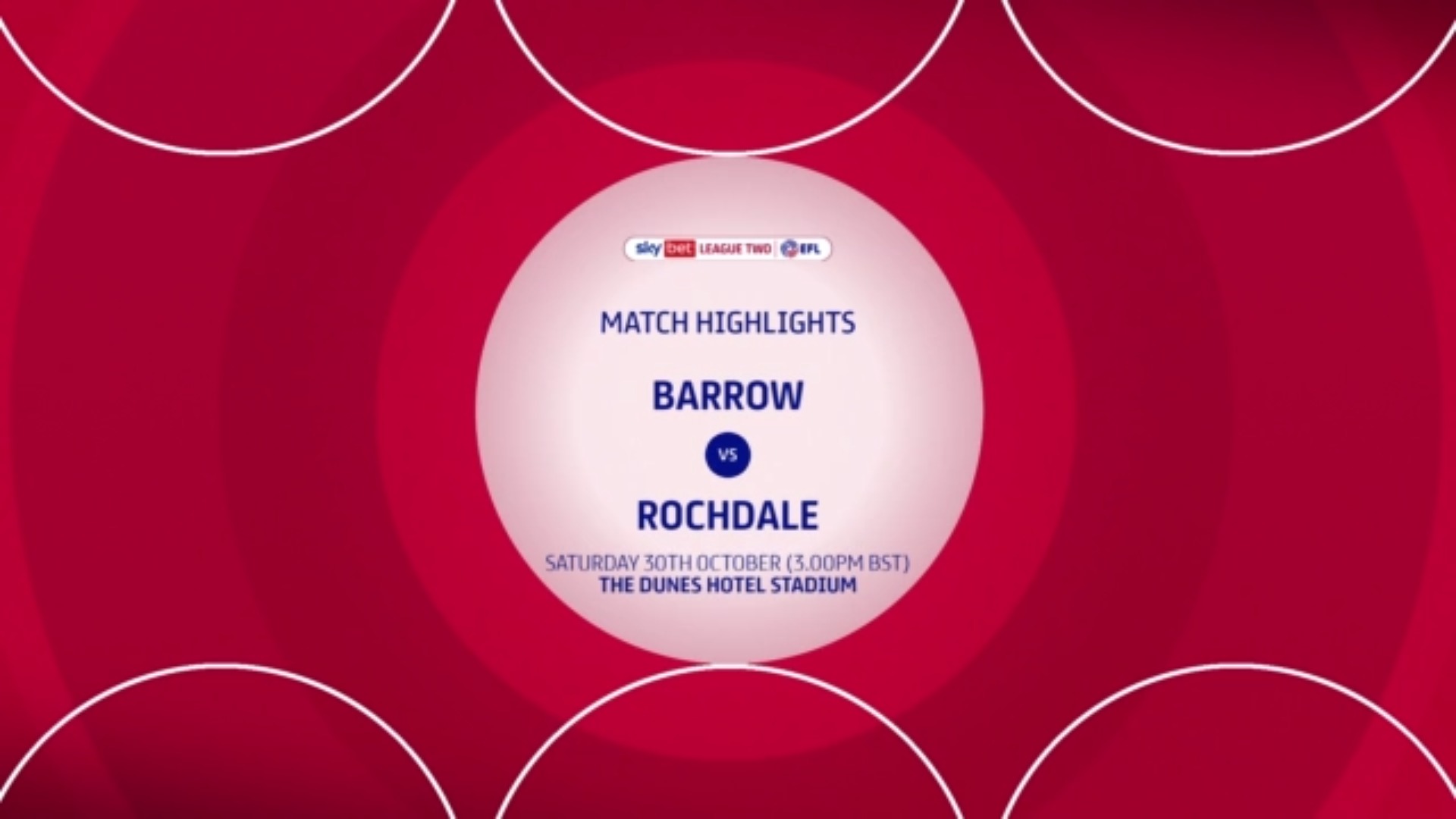 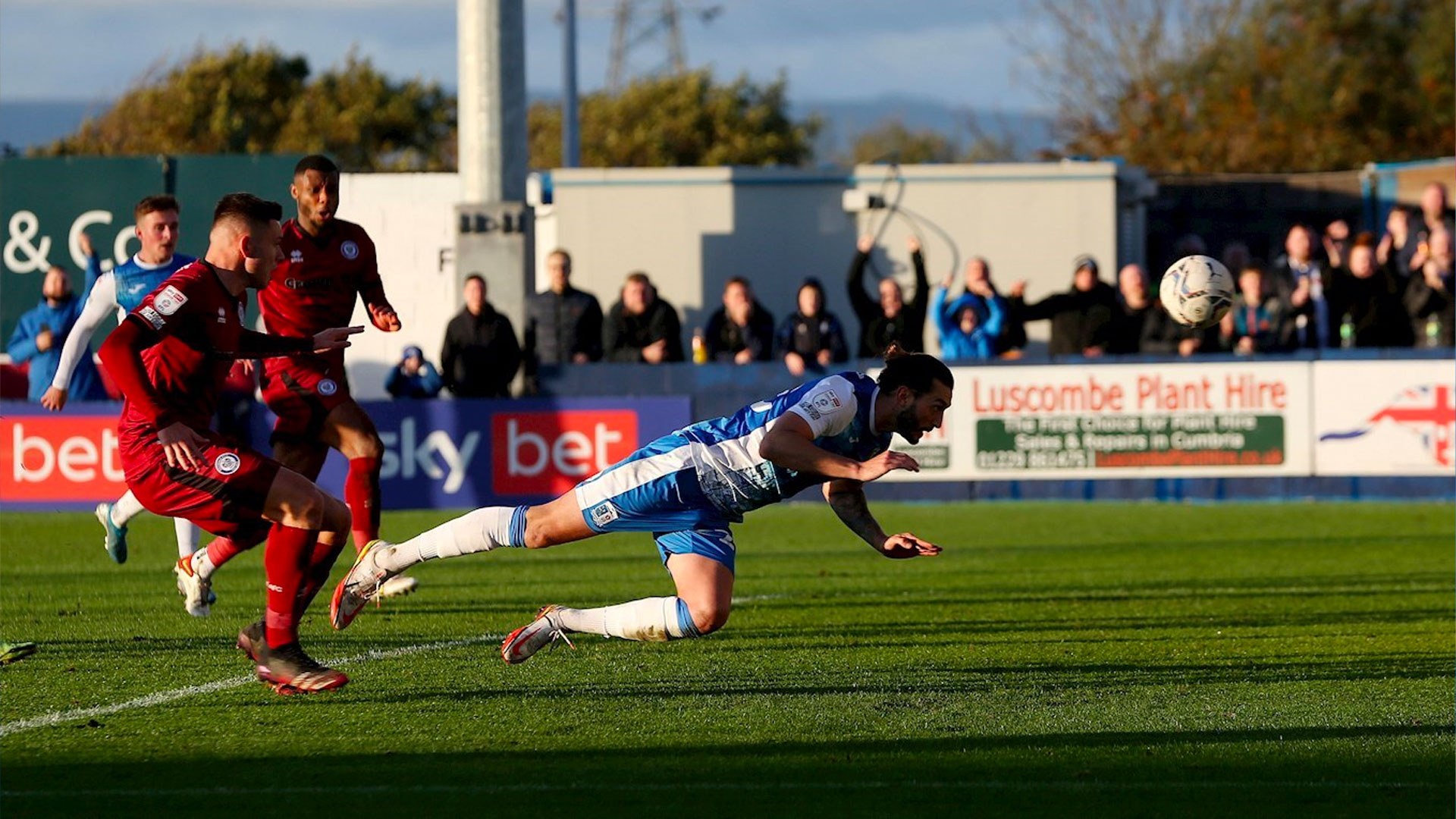