We turn our attentions to the weekend with a comprehensive preview of The Bluebirds' League Two trip to The One Call Stadium.

In Opposition
Mansfield Town enjoyed an encouraging start to the new League Two campaign when they won each of their first two outings, defeating Bristol Rovers and Newport County.

However, Nigel Clough’s men could not sustain that form and have not tasted victory since as a run of four consecutive league defeats saw them drop into the bottom half of the fledgling table.

Injuries and suspensions have certainly played their part for The Stags, who have rallied in recent weeks and boosted confidence with a creditable 0-0 draw at Leyton Orient last weekend despite finishing the game with ten men.

However, with three home fixtures in succession now on the horizon, Clough will have his eyes firmly fixed on a return to their best, starting with Saturday’s meeting with The Bluebirds.

One To Watch
Rhys Oates helped fire Hartlepool United to National League promotion last season but turned down an offer to stay at Victoria Park in favour of a summer switch to Mansfield Town.

The 26-year-old forward was in electric form during the second half of last term and found the net 18 times in the league to earn his move to The One Call Stadium.

Oates opened his account for The Stags against Harrogate Town at the start of September and he will be hoping there are plenty more to come - so he’s a player Barrow will need to keep an eye on.

Head To Head
Saturday’s game will be the 59th competitive meeting between the two clubs and it’s been a fairly well contested fixture, with Mansfield tasting victory 24 times in comparison to Barrow’s 23.

However, The Bluebirds completed the double over Town last term, earning their first victory back in the EFL with a magnificent 4-2 triumph at The One Call Stadium at the end of October 2020.

That was backed up by a solid 2-0 victory on home soil in March, which helped rid memories of the last time the two clubs shared a division when The Stags won 4-0 and 8-1 against Barrow.

Referee
Tom Nield will take charge of his first Barrow game of the season on Saturday when he’s on the whistle for our trip to Mansfield Town.

The official is now into his fifth season on the EFL list of referees having stepped up from the National League for the beginning of the 2017/18 campaign.

Nield last oversaw The Bluebirds back in December when we lost 1-0 at home to Salford City, while his most recent appointment was for Burton Albion’s 2-1 midweek win over Portsmouth.

Tickets
Tickets for Saturday’s game are available to buy in advance from The Dunes Hotel Stadium until 1.30pm on Friday.

They will also be on sale from Mansfield’s cash-only Away Ticket Booth (which is located near to the away stand) prior to kick-off on the day of the game.

Live Streaming
We are unable to live stream games on iFollow in the UK on Saturday afternoons, though Bluebirds fans outside of the UK can still access live footage on iFollow.

Live Commentary
iFollow is the only place to access live online audio commentary throughout the 2021/22 campaign as we continue our link-up with BBC Radio Cumbria.

Fans will be able to listen to expert Bluebirds’ commentator Adam Johnson at each and every game – and this weekend is no different as he takes up his position behind the mic at The One Call Stadium.

Betting
Mansfield Town have been installed as 6/5 favourites for three points this weekend, with Barrow priced at 21/10 to come home with a win and the draw priced up at 9/4.

Barrow continued their impressive form with a brilliant win over Mansfield Town as Ollie Banks’ second half penalty was enough to secure three points at The One Call Stadium.

Mark Cooper’s men showed a blend of substance and style in victory over The Stags and the victory was nothing more than they and their noisy band of travelling supporters deserved.

Barrow could have been in front with just four minutes on the clock when an attempted Mansfield clearance ricocheted right into the path of Josh Kay eight yards out, but he lashed an effort off the cross bar and the home side survived.

The Bluebirds continued their dominant start when Patrick Brough met Robbie Gotts’ floating corner but his headed was cleared off the line by a Town defender.

Stags’ summer signing Rhys Oates was first to test Paul Farman. The front man beautifully controlled a long ball forward before unleashing a low drive on goal but the Barrow keeper was equal to it.

At the other end, Josh Kay found an angle to let fly on the right corner of the box but keeper Nathan Bishop got down well, before Town’s Stephen McLaughlin curled a 25-yard free kick wide.

Joe Grayson swung a free kick to the far post where Ollie Banks headed down towards goal but it was somehow blocked on the line and Josh Gordon could only fire the rebound against the side netting.

Town began to look more likely as the half wore on and George Lapslie had his head in his hands after he turned inside to fire on goal from twenty yards and his shot flashed just wide of Farman’s post.

Nigel Clough’s men came even closer in first half injury time when a free kick from the right was headed down by Oli Hawkins, and Mark Ellis had to react quickly to clear it off the line.

There was an early second half chance for The Bluebirds when a corner from the right fell kindly for Grayson on the left of the area and his powerfully struck shot almost squirmed past Bishop who was grateful to pounce on it at the second attempt.

On 54 minutes Barrow had a penalty when Ellis was shoved in the back as he attacked a cross from the right – and Banks made no mistake from the spot, rifling a powerful shot into the roof of the net to give Cooper’s men the lead.

The Stags tried to respond through Ollie Clarke who cur in dangerously from the left to let fly with a curling effort, but Farman was well behind it to claw the ball away to safety.

Offrande Zanzala was introduced from the bench and could have made a big impact on 71 minutes when Gordon did brilliantly to feed Jordan Stevens on the right and his low cross found Zanzala whose shot flashed wide of the post.

Just minutes later, James Jones’ raking pass released Stevens in behind on the left and when his low shot was parried by the keeper, Gordon’s follow-up header was blocked by a defender and hosts escaped.

At the other end a corner was cleared only as far as Clarke on the edge of the area who met the dropping ball with a crisp volley which flashed past the post with Farman covering.

The home side continued to push for a leveller, but The Bluebirds held firm for the most part and looked a real menace on the counterattack and with a little more care with passes could even have extended their lead.

Town’s biggest moment came in the first minute of injury time when a ball into the box was flicked on to Danny Johnson, but the substitute wastefully nodded over from close range.

And the hosts’ misery was completed at the death when Farrend Rawson was shown a red card when he hauled down Gordon to prevent the Bluebirds man from running clear to make it 2-0.

Here are all the ticket details you need if you want to follow Mark Cooper’s men in action at Mansfield Town’s One Call Stadium.

Tickets for our League Two trip to Mansfield Town on Saturday 2nd October (3pm kick-off) are available now and Bluebirds fans can make a saving by buying them in advance.

We’ve taken delivery of an initial allocation of 440 tickets for the One Call Stadium fixture, and these are available now from The Dunes Hotel Stadium.

Mansfield have also advised that tickets will be on sale cash-only from the Away Ticket Booth on the day, but fans are urged to buy in advance to save money and to avoid large queues ahead of kick-off.

Prices listed below are those for advance purchases – please be aware that these will increase by £2 in every age category on the day of the game.

Disabled supporters will pay as per their relevant age category and will be entitled to a free carer’s ticket upon proof of the higher rate of DLA or enhanced rate PIP.

Away Travel
The Bluebirds Trust have confirmed that coach travel for this fixture is now sold out. 
Here are all the ticket details you need if you want to follow The Bluebirds on the road at Mansfield Town. 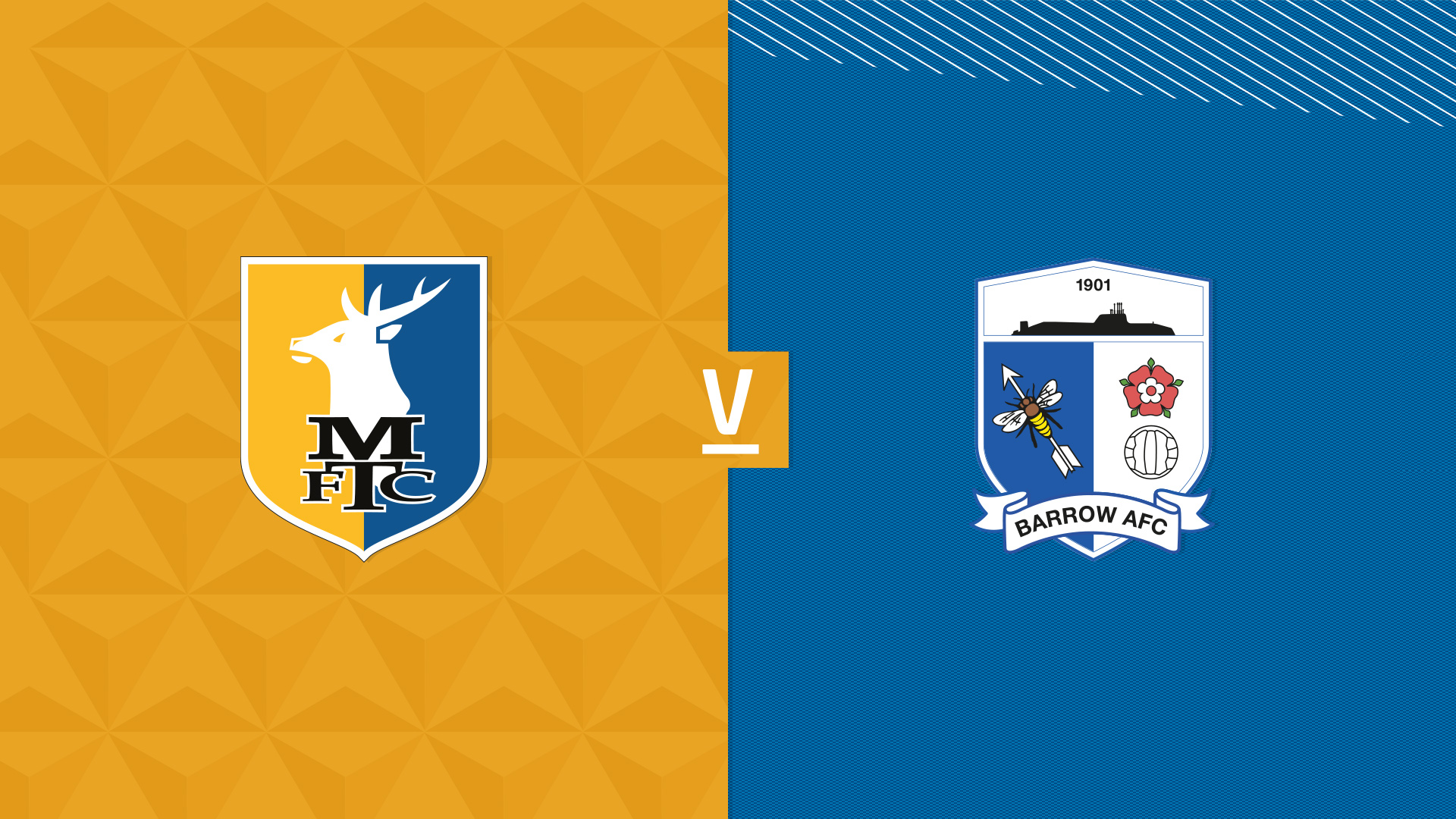 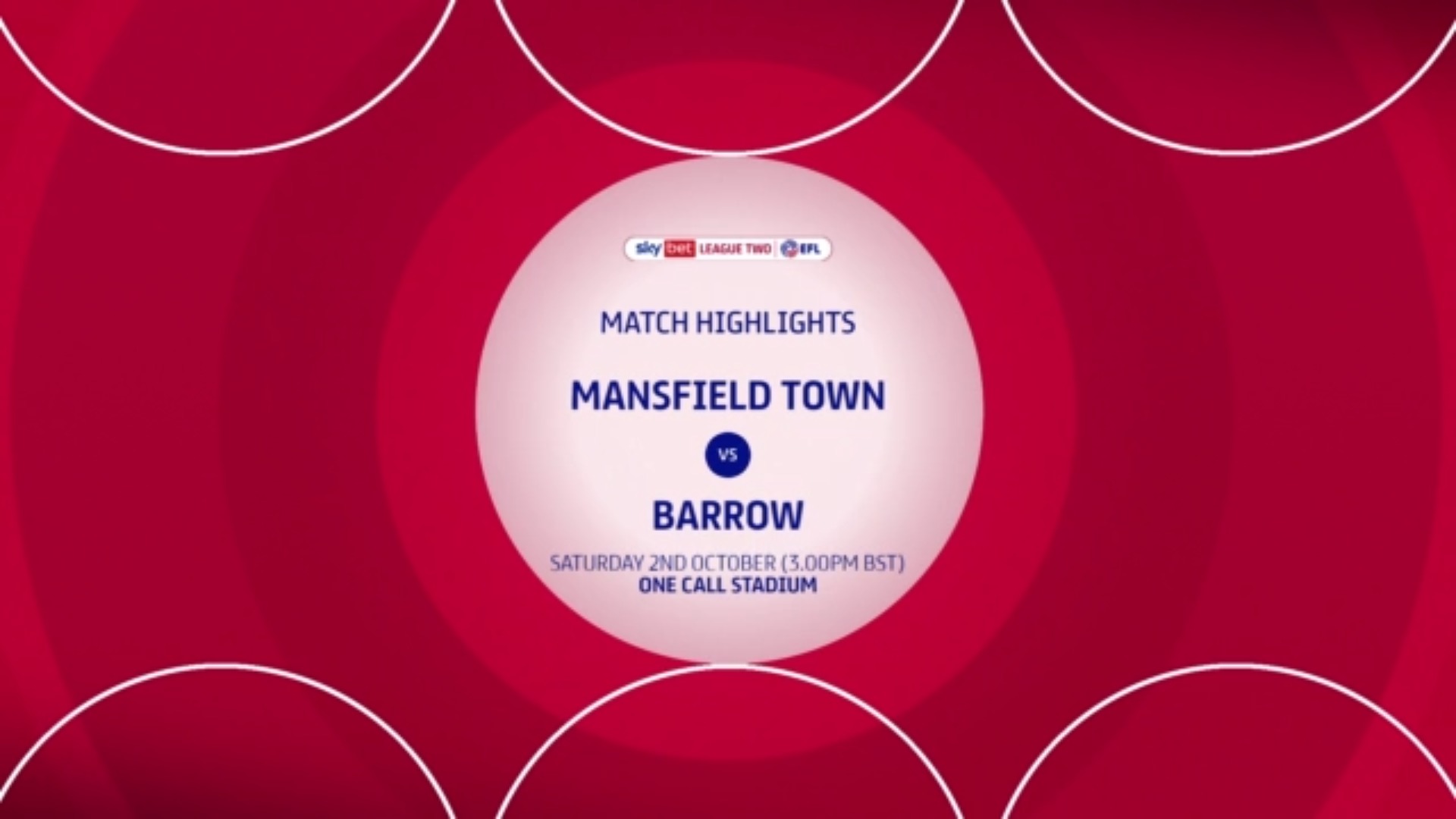 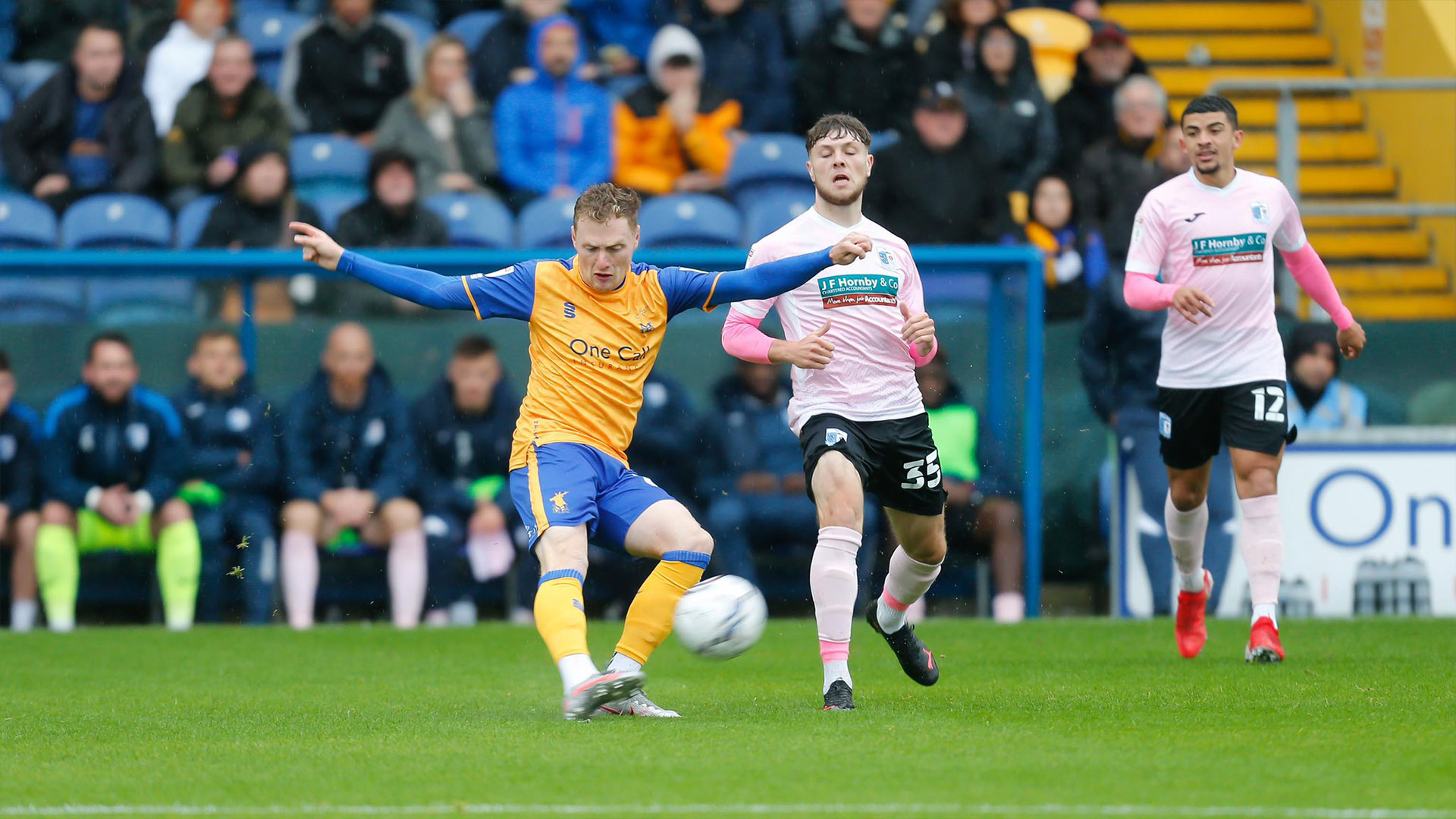