Barrow emerged with a hugely creditable point from an absorbing encounter at The Utilita Energy Stadium as they drew 1-1 with Bradford City on Saturday afternoon.

Mark Cooper’s depleted squad gave absolutely everything during an entertaining affair which could have gone either way but Josh Kay’s brilliant opener was cancelled out by Charles Vernam as the sides shared the spoils.

The Bluebirds began the game on the front foot and Kay had the first effort inside two minutes but volleyed too high, while Josh Gordon also saw a shot blocked after good running from Offrande Zanzala.

Patrick Brough then sent an inviting cross into the penalty area from the left which Zanzala got on the end of but the front man could only cushion a volley over the bar.

Charles Vernam hit back with a shot dragged wide at the other end but Zanzala came close again on 13 minutes when this time he met a Brough cross with his head but the glancing contact saw the ball flash wide of the far post.

The pressure paid off midway through the first half when Kay again got into a pocket of space on the edge of the area and then struck a precise low drive which got past keeper Richard O’Donnell and went in off the left-hand post.

The setback seemed to spur City into action and Vernam struck wide moments later, though Paul Farman looked to have had the effort covered.

The host really ramped up the pressure as the half moved towards a conclusion, with Elliot Watt coming close with an effort which went wide and Vernam again curling just wide after running on to a Watt through ball.

Barrow came out strongly at the start of the second period and Gordon struck a low effort on goal which needed dealing with by O’Donnell who did well to deflect it away.

City’s fans did their best to drive their team on by turning the volume up and Vernam almost responded by grabbing the leveller after a fantastic solo run but his low shot was gathered by Farman at the second attempt.

Just before the hour, Derek Adams’ men were level. Gareth Evans found space on the right and hung up a testing cross to the far post where danger man Vernam arrived right on cue to head past Farman to make it 1-1.

Kay came mightily close to doubling his tally and restoring The Bluebirds’ lead on 62 minutes when he was allowed to advance towards the edge of the box and let fly but his deflected shot spun just the wrong side of the post.

City could have gone in front for the first time when Callum Cooke sized up a free kick from 22 yards but, having curled it around the wall, saw it fall into the side netting with Farman across well to cover.

George Williams came off the bench and was straight into the action over a long-range free kick but he couldn’t get the dip on it to trouble O’Donnell and it went into the crowd behind the goal.

Barrow were thankful to Kay for some defensive work on 87 minutes when Vernam scampered clear on goal only for the Bluebirds man to slide in with a crucial challenge to put him off as he lined up the shot and it bobbled wide of the post.

City felt they had a decent claim for a penalty when Oscar Threlkeld went to ground in the area but the referee was well placed and chose to book the Bradford man for simulation.

The hosts continued to press through injury time but Barrow defended with unrelenting determination to ensure they left West Yorkshire with a share of the points.

Tickets for Saturday's game at The Utilita Energy Stadium are no longer available.

Tickets for this fixture are no longer available.

There will be no sales on the day of the game so fans who do not have a ticket are advised not to travel.

Away Travel
The Bluebirds Trust's away travel for Saturday's game is sold out. 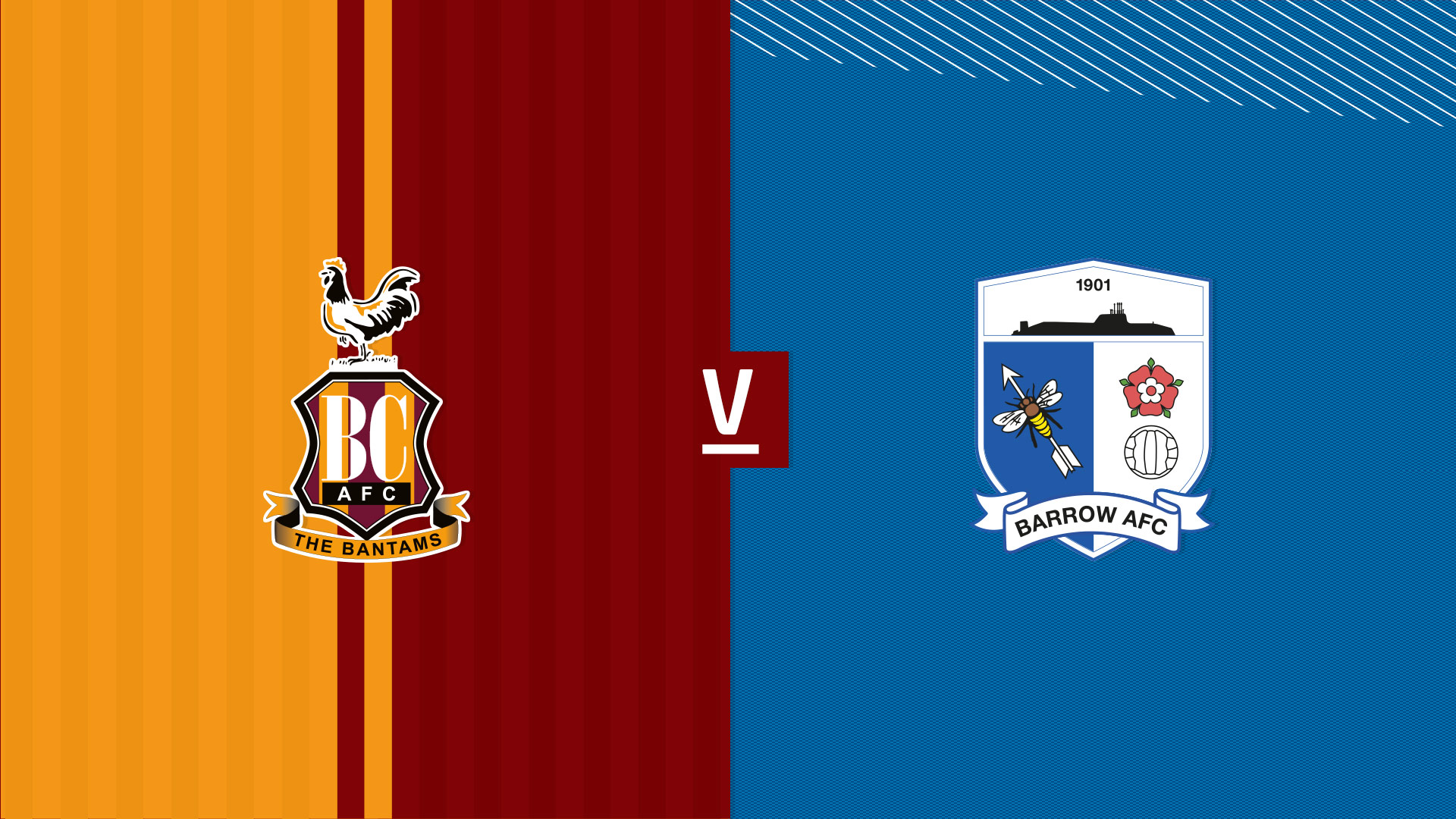 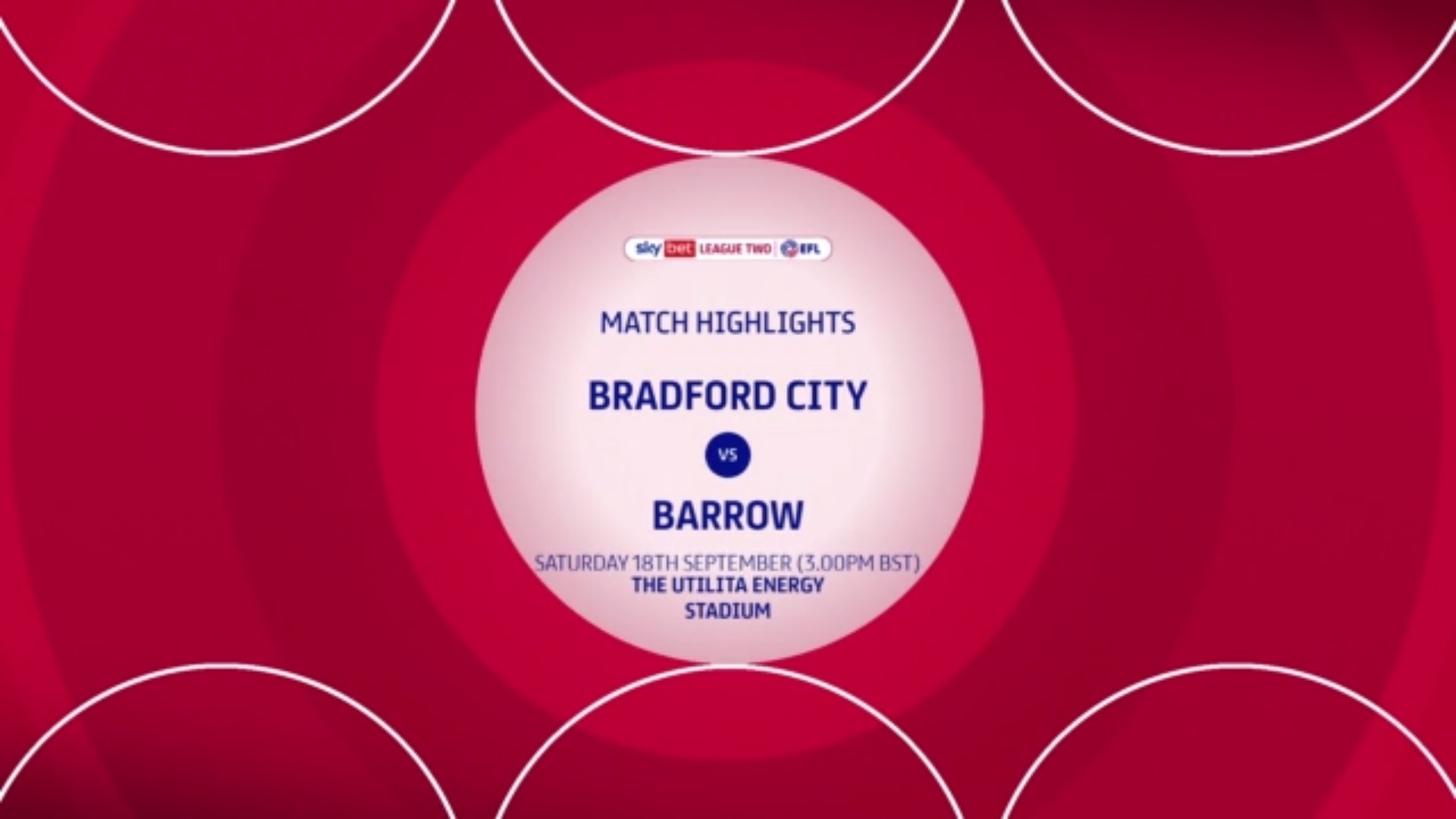 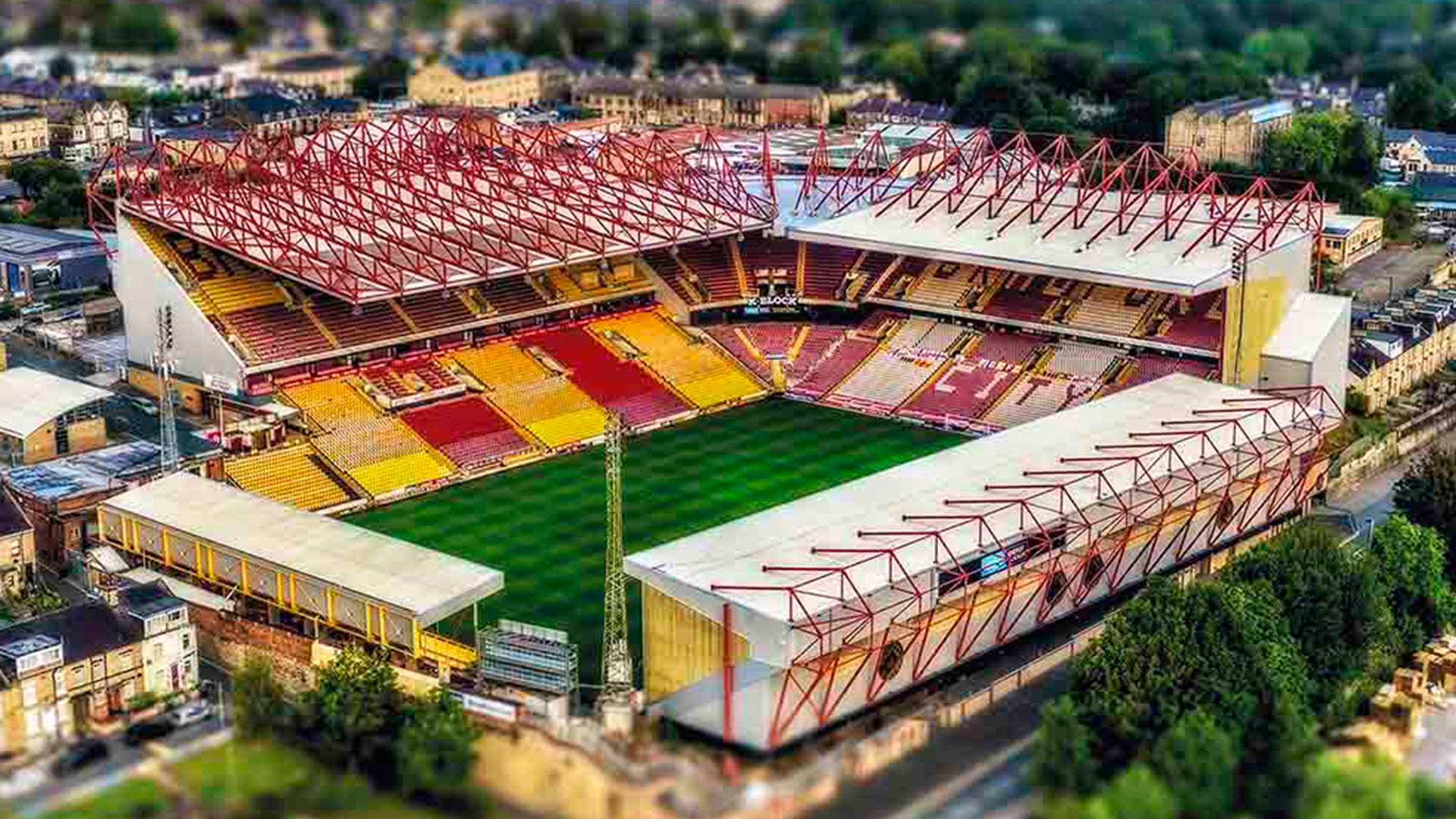