Take a look at everything you need to know ahead of Saturday's League Two home opener against Bradford City at the SO Legal Stadium.

A duo of red cards were brandished, one to Donny’s Lee Tomlin and another after the final whistle to Bradford’s Kian Harratt, who will miss the game through suspension.

Mark Hughes is entering his first full season in the Bantams hotseat, and will have over 600 travelling Bradford City fans cheering on at the SO Legal Stadium for the game.

Head To Head
Barrow and Bradford City have met in the Football League several times over the years. Barrow have won 14, drawn 14 and been on the losing side of the scoreline on 23 occasions.

The first meeting between the sides came in the FA Cup in 1906, when Bradford City prevailed 3-2 on a cold January afternoon in Yorkshire. Barrow had to wait until Boxing Day 1938 for a victory over The Bantams, when the Lancashire side were 2-1 victors at Holker Street in the Third Division North.

Last season saw a 1-1 draw at Valley Parade and a Bantams victory at Holker Street.

Referee
Martin Woods is the man with the whistle, with Graeme Fyvie and Daniel Woodward running the lines. Lewis Smith has the Fourth Official duties at the SO Legal Stadium for the fixture.

Promoted from the National League last season, this is Woods’ second EFL appointment of the new season. He did have a taste of League Two football last campaign, when he took up the whistle for Walsall’s 1-0 victory over Carlisle United in April.

Fans will be able to listen to convivial commentator Adam Johnson, who will be joined at SO Legal Stadium by stalwart Barrow fan John Goodwin, to describe all the action as it unfolds.

Betting
Bradford City have been installed as 1/1 favourites to get the victory this weekend, though Barrow look to be good value at odds of 13/5 and a draw is priced up at 23/10 with our buddies at Sky Bet.

Barrow made it two wins from two, with a last gasp victory against Mark Hughes' Bradford City at the SO Legal Stadium.

The first half wasn’t a classic, with no real clear cut chances for Barrow or Bradford City.

George Ray was forced off in the 13th minute, after he appeared to injure his ankle whilst blocking Lee Angol’s cross. Chelsea loanee Sam McClelland came on as Ray’s replacement.

Barrow’s closest chance of the half came in the 30th minute, when Josh Gordon couldn’t quite get on the end of Ben Whitfield’s whipped free kick.

The second half bore more action, and Barrow came close to breaking the deadlock in the 53rd minute, when Billy Waters broke clear and fizzed a ball across the box to Ben Whitfield, who ended up a whisker away from putting The Bluebirds in front.

Whitfield was the man to finally end the stalemate, when he brought down a Patrick Brough header inside the Bradford half, skipped through the visitors’ defence and drove the ball into the bottom left corner.

The Bluebirds’ lead didn’t last long, though, as Jake Young found space on the left to curl a shot goalwards, crossing the line as it bounced down off the underside of the bar.

Pete Wild’s side came close to restoring their lead when Josh Gordon saw the Bradford goalkeeper off his line and curled a shot goalwards from the touchline, which ended up grazing over the bar.

It was temporary jubilation for the 3,392 home fans, as Barrow regained the lead in the 85th minute. Sam McClelland played a ball towards goal from a Ben Whitfield corner and Josh Kay was on the line to slide it into the back of the net and send Pete Wild’s side back into the ascendancy.

Bradford City equalised again, though, and Andy Cook sunk the hearts of the Holker Street faithful, when he equalised in the 5th minute of stoppage time.

However, Josh Gordon showed he wasn’t going home with anything less than three points when he converted from Ben Whitfield’s cross in the 96th minute, unsinking the Barrow hearts and sending the SO Legal Stadium back into euphoria.

Here’s the details you need to know to purchase your ticket for Barrow’s away fixture against Sutton United at Gander Green Lane on Saturday 13th August 2022.

Please note all Carer tickets are free of charge

Click HERE to purchase your tickets for the Sutton fixture. 
Here are all the ticketing details for our League Two home opener at the SO Legal Stadium against Bradford City on Saturday 6th August. 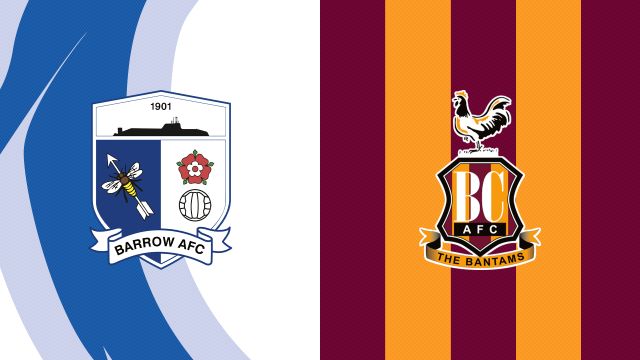 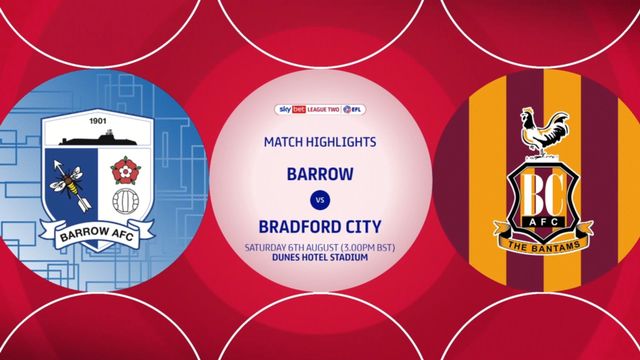 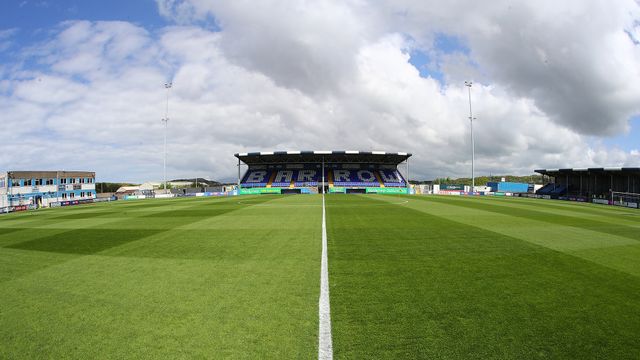