Take a look at everything you need to know ahead of tonight’s Carabao Cup Round One clash against Blackpool.

In Opposition
Blackpool lost manager Neil Critchley to Steven Gerrard’s Aston Villa in the summer, with Michael Appleton being appointed as the new Seasiders boss in mid June.

The Championship side kicked off the new campaign with a 1-0 victory over Reading at Bloomfield Road and a 2-0 defeat away to Stoke City at the Bet365 Stadium.

In the Carabao Cup last season, Blackpool defeated Middlesbrough 3-0 in this round and fell to a 3-2 defeat to League One Sunderland in Round Two, the same stage of the competition that saw Barrow host Aston Villa.

Head To Head
Barrow’s first competitive meeting with The Seasiders came in 1925, when the two sides drew 0-0 in the FA Cup at Bloomfield Road. The replay at Holker Street saw Blackpool win 2-0.

95 years passed before the two sides met again. 8th September 2020 saw another 0-0 draw at Bloomfield Road, this time in the EFL Trophy. Blackpool prevailed in the penalty shootout over David Dunn’s Barrow side.

Tickets
Barrow fans are advised that they can buy tickets this evening at Blackpool, but with cash only.

Referee
Benjamin Speedie will be the man with the whistle at Bloomfield Road tonight.

He last refereed Barrow in the 0-0 home draw with Oldham Athletic in December 2021, when he handed out three yellow cards.

Live Streaming
Carabao Cup fixtures can’t be streamed in any region from a video perspective, but Live Audio is allowed for any existed subscribers, or via an Audio Match Pass.

Fans will be able to listen to scintillating commentator Adam Johnson, who will be joined at Bloomfield Road by staunch Barrow supporter John Goodwin, to describe all the action as it unfolds.

Tickets for Barrow’s Carabao Cup clash against Blackpool at Bloomfield Road are now on sale.

The Seasiders have allocated 700 tickets in the South Stand for visiting Bluebirds fans for the fixture.

Visit our ticketing site to purchase your tickets, or visit our Club Shop.

Please note, if you are buying multiple tickets for postage, please only select one ticket for postage to avoid being charged multiple times. All your tickets will still be sent out together.

The last date for postage, to guarantee your tickets arrive before the fixture, is 31st July.

The last date for purchasing tickets is 4:30pm on Monday 8th August. 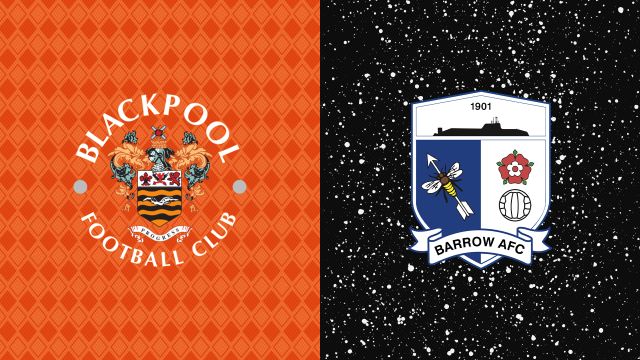 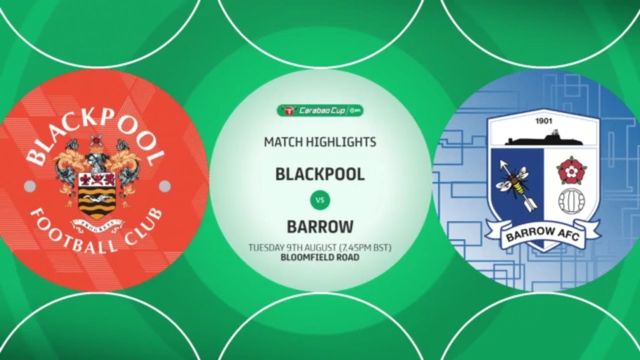 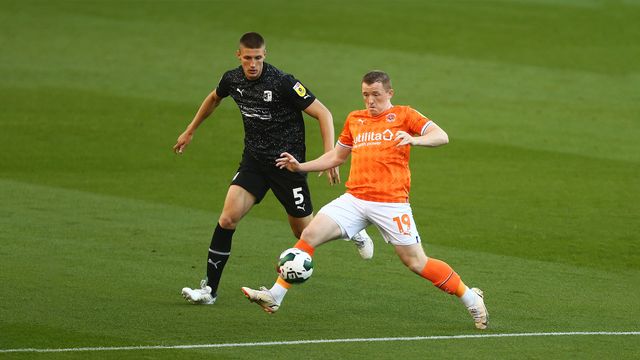