Take a look at everything you need to know ahead of Saturday’s Sky Bet League Two clash against Matt Gray’s Sutton United.

In Opposition
Sutton United were champions of the Vanarama National League in 2021 and enjoyed a successful debut season in the Football League last term. The Us reached the Papa John’s Trophy Final at Wembley and narrowly missed out on the League Two playoffs; finishing their inaugural EFL campaign in 8th place.

Matt Gray’s side lost joint-top scorer David Ajiboye to Peterborough in the summer, and striker Richie Bennett came to Barrow.

In terms of arrivals: Sutton secured the services of forward Kwame Thomas from Wrexham in the offseason and added goalkeeper Jack Rose from Walsall too. Left back Sam Hart also joined The Us after turning down a new deal with Oldham Athletic.

Barrow’s last encounter against The Amber & Chocolates came in April, when a 1-0 victory (and a Paul Farman penalty save) secured The Bluebirds’ League Two status.

The last meeting between the sides at Gander Green Lane produced a 1-0 scoreline in favour of Sutton; the winning goal coming from Ajiboye.

Referee
Andy Davies will be the man with the whistle at Gander Green Lane.

He refereed 25 games in the Sky Bet Championship last season, and has never officiated a league fixture involving either Sutton United or Barrow.

Fans will be able to listen to energetic commentator Adam Johnson, who will be joined at Gander Green Lane by experienced EFL striker Jabo Ibehre, to describe all the action as it unfolds.

Barrow fell to a controversial 1-0 defeat at Gander Green Lane,  with a last minute equaliser from John Rooney getting ruled out, despite the indirect free kick appearing to have taken a deflection from the palms of Sutton goalkeeper Brad House on its way into the net.

Pete Wild’s side were all set to have secured a point for the long journey back up to Cumbria thanks to Rooney’s effort, but after referee Andy Davies had a long consultation with his fellow officials, the man with the whistle chalked off Barrow’s equaliser, adjudging that the ball had evaded everybody.

Sutton had only found the lead in the 79th minute; a long ball from the back was chased down by Tope Fadahunsi and misjudged by Paul Farman, allowing Fadahunsi to bundle past the Barrow goalkeeper and tap it in to send the hosts in front.

Both sides had chances in the game to find the scoresheet; most notably Barrow midfielder Sam Foley forced a save from Jack Rose with an effort from 25 yards in the 37th minute and forward Billy Waters was somehow denied by Rose halfway through the second half.

Ben Whitfield also came close with a volley and Josh Kay saw his bottom corner strike saved at the last instance by substitute keeper Brad House in injury time, just before Rooney’s goal was ruled out. 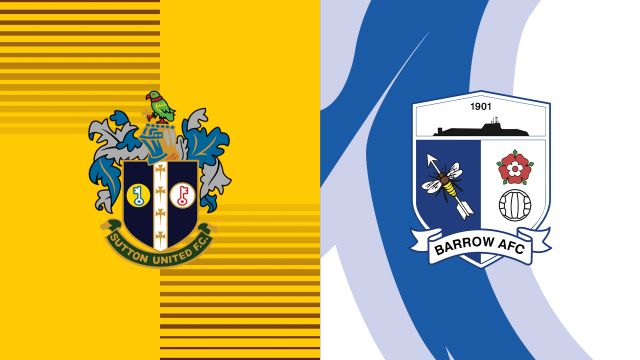 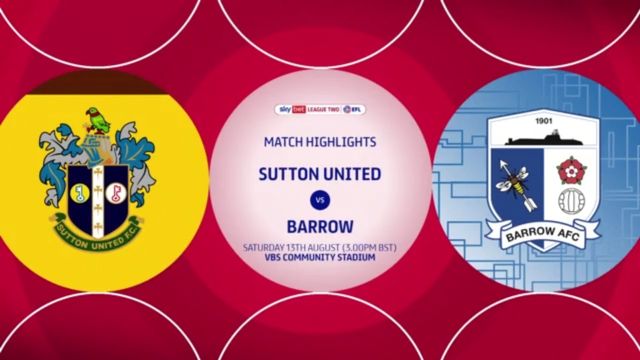 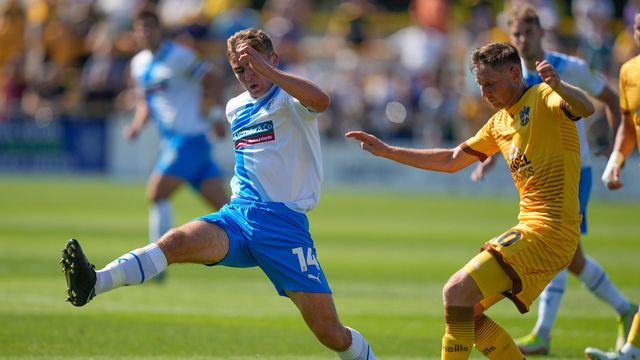