Find out all you need to know ahead of Barrow's trip to Stevenage on Friday night.

They would achieve promotion to the Football League in 2009-10, and in their first season would go on to be promoted into League One, where they would stay until 2013-14 when they were relegated back to League Two.

Steve Evans’ side currently finds themselves in 2nd place. Last time out in Sky Bet League Two they managed a 1-1 draw against Grimsby Town, with The Mariners scoring in the 91st minute to snatch a point.

Since then, Stevenage have sealed an FA Cup Third Round place after a Second Round victory over Kings Lynn Town to set up an away trip to Aston Villa, and progressed through in the Papa John’s Trophy where they’ll face Portsmouth in the next round.

The Venue
The Lamex Stadium has been home to Stevenage since 1980 and boasts a capacity of 7,800. The ground is also home to Tottenham Hotspur’s U21 side, which they’ve adopted to play their games since 2014 at the venue.

The highest attendance recorded at the stadium came in 1998, when Newcastle United came to town, with 8,040 people turning out that day.

Head To Head
Within the Football League Barrow and Stevenage have only faced each other on 4 occasions with The Boro managing 2 wins and 2 draws.

The biggest stage that the two clubs have met was of course at Wembley Stadium on 8th May 2010. Jason Walker's extra time strike proved the difference between the sides as Barrow defeated Stevenage 2-1 in front of 21,223 to claim a second FA Trophy title.

Referee
The man with the whistle in Hertfordshire will be Matthew Donohue. He’ll be assisted by Adam Crysell and Nigel Lugg, Gavin Ward has been assigned to Fourth Official duties for Friday’s fixture.

Donohue has officiated 12 Sky Bet Championship games this season and a single League One fixture, with his most recent assignment coming on 12th November when he oversaw Cardiff City’s home defeat against Sheffield United.

This will be his first Sky Bet League Two appointment of the season.

Tickets
Tickets for the fixture can be purchased online.

Fans can also buy on the day at Stevenage, or pick up any pre-purchased uncollected tickets from the ticket office at The Lamex Stadium.

Live Streaming
Due to the World Cup, domestic live streaming will be allowed, which means that Stevenage v Barrow will be available on iFollow in the UK and abroad.

Fans will be able to listen to Adam Johnson at the Lamex to describe all the action as it unfolds.

Here's all the information you need to secure your ticket, as Barrow head to Hertfordshire to face Stevenage in League Two on Friday 2nd December 2022.

Tickets for the fixture can be purchased online for collection at the SO Legal Stadium.

Fans can also buy on the night at Stevenage, or pick up any pre-purchased uncollected tickets from the ticket office at The Lamex Stadium. 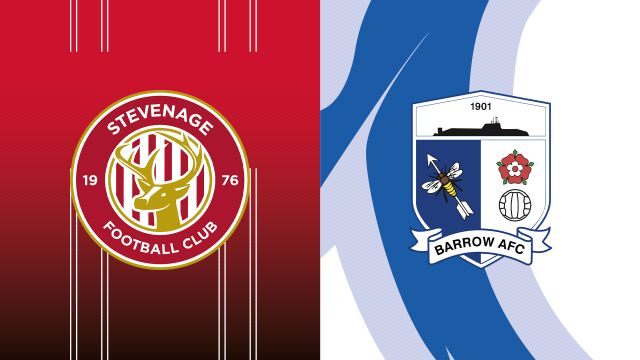 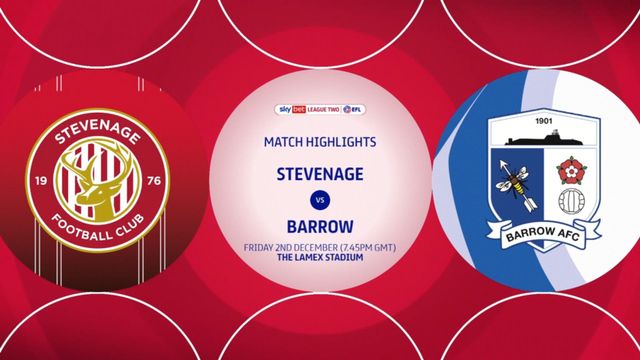 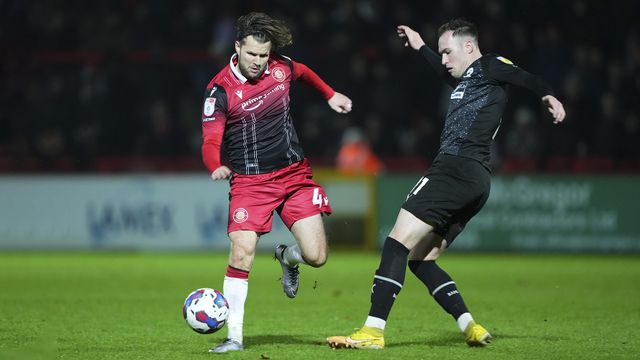