Barrow fell to a 5-1 defeat at Brunton Park, against Cumbrian neighbours Carlisle United.

Carlisle struck a controversial opener just shy of half-time, then added another four in the second half. Barrow grabbed a consolation goal in the 84th minute, but was ruled as an own goal by Carlisle's Ben Barclay.

In a fairly even first half, Barrow saw their first chance come in the 13th minute, when a great move from Barrow saw Patrick Brough curl a ball into the box, but Robbie Gotts’ shot was blocked by Carlisle’s defence.

Just past the 20 minute mark, Josh Kay came the closest to producing the opening goal in the derby.

A driven ball from Paul Farman found Kay on the run, turning the ankles of the Carlisle defence, and unleashing a shot that was just off target.

The Bluebirds continued to press and a threatening looping ball from Tyrell Warren caught in the wind, leaving Carlisle goalkeeper Tomas Holy all at sea, with the cross bar the only obstacle in the way of breaking the deadlock.

Carlisle United had a great opportunity in the 31st minute, Omari Patrick’s clever flick set Jon Mellish through one-on-one with Paul Farman, with the former Carlisle shot stopper producing a brilliant save to keep the scores level.

Just shy of the half-time interval Carlisle United took the lead. A hopeful long ball from Morgan Feeney was flicked on to Jon Mellish, who appeared to find himself in a clear offside position, but the flag stayed down, and Carlisle went into the break ahead.

The home side started the second half brightly, and in the 50th minute doubled their lead.

Owen Moxon’s through pass was unable to be cut out by the Barrow defence and found Joe Garner, whose slotted effort on the edge of the Barrow box hit the back of the net.

Carlisle then put the game out of sight of Barrow after a flurry of quickfire goals.

In the 66th minute, Jordan Gibson’s ball was picked up by Jon Mellish who slotted his second of the game past Paul Farman to triple Carlisle’s lead, and in the 72nd minute, Carlisle added a fourth through Omari Patrick, who was picked out by Owen Moxon on the penalty spot, poking the ball home.

Barrow scored a consolation goal in the 84th minute. Ben Barclays was forced to nod it into his own net by a battling Billy Waters, with the cross coming from Ben Whitfield.

The home side were awarded a penalty in the late stages, much to the disapproval of the Barrow defence, as John-Kymani Gordon made the most of an outstretched Paul Farman, with the Barrow goalkeeper adamantly protesting that there was no contact between the players.

Farman's objection was dismissed, as Kristian Dennis converted from the spot to net a fifth goal of the evening for the Brunton Park outfit.

It was an evening to forget for The Bluebirds, who will have chance to avenge the defeat in the return fixture in late April at the SO Legal Stadium.

Here's all the details if you need a ticket for the rearranged League Two game away at Brunton Park on Tuesday 31st January 2023.

Please note that all tickets from the original date are still valid, so there's no need to get another ticket for the new date.

All refunds have now been processed, but if you still require a refund, please contact the ticket office on 01229 666010.

The hosts have issued a total allocation of 1500 away tickets for the Cumbrian Derby, all of which are located in the Pioneer Foods Stand, of which around 350 remain.

Prices for the fixture are as follows:

You can buy tickets from the usual place on our Ticketing Website, or call into the SO Legal Stadium to purchase.

The last day for those purchasing tickets to be posted is Sunday 22nd January 2023.

*Junior's U14, Child U11 and Child U7 must be purchased/accompanied with an Adult, Senior, Young Person or Junior U18. 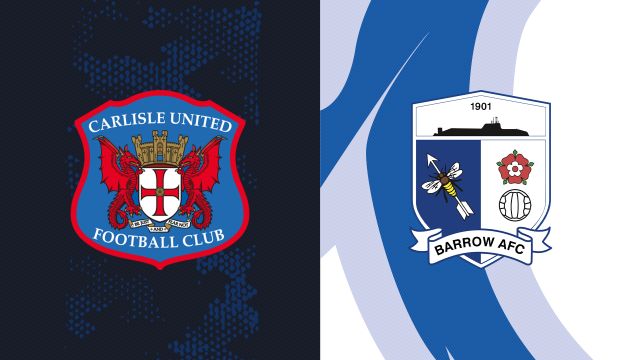 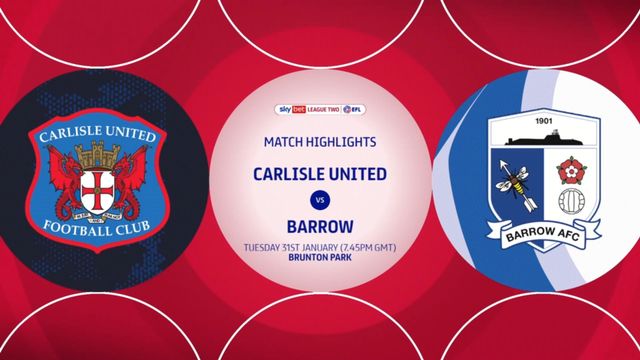