We bring you everything you need to know ahead of Tuesday night's Papa John's Trophy visit to The University of Bolton Stadium.

In Opposition
Bolton Wanderers currently sit in fifth place in Sky Bet League One after a dramatic 2-1 victory away at Fleetwood Town on Saturday.

Evatt’s men won both of their two group games in the Trophy at the University of Bolton Stadium, scoring seven times, as they topped the group to secure a home tie against The Bluebirds.

The Trotters' other result in the Group Stages saw a 2-2 draw at Prenton Park with Tranmere Rovers; the Birkenhead outfit winning the tie on penalties.

Head To Head
Saturday’s game will be only the fifth competitive meeting between the sides in history and the second in Bolton since an FA Cup tie back in January 1991 which Wanderers won 1-0.

Prior to that, the only other time the sides had met was in the 1911/12 Lancashire Senior Cup when then top flight Bolton not only knocked us out but also went on to win the competition that season.

Barrow's previous visit came under the stewardship of Rob Kelly on 27th February 2021. It was late heartache for the later-named ‘Kelly’s Heroes’, as Shaun Miller’s goal deep into injury-time broke Barrow hearts as The Bluebirds were beaten in the cruellest of circumstances.

Referee
Rebecca Welch will be overseeing tonight's fixture between Bolton Wanderers and Barrow.

Welch has refereed Barrow on several occasions before, with her most recent match coming last season in the FA Cup First Round, when The Bluebirds were 4-0 victors over Banbury United.

She will be joined at University of Bolton Stadium by Richard Woodward and Johnathon Bickerdike. Fourth Official duties have been handed to Matt Corlett.

Tickets
No tickets are available to purchase at the University of Bolton Stadium.

Any uncollected tickets from the SO Legal Stadium will be sent to Bolton's ticket office and Barrow fans will be able to collect.

Live Streaming
There’s a live stream of the game available on iFollow, meaning fans in the UK and abroad can watch the clash with Bolton Wanderers online.

Fans will be able to listen to jovial commentator Adam Johnson, who will be joined in Middlebrook by Barrow legend Mark Boyd, to describe all the action as it unfolds.

Barrow fall to a narrow 3-2 defeat in Greater Manchester, as Pete Wilds’s side bow out of the Papa John’s Trophy at the hands of Ian Evatt’s Bolton Wanderers.

Goals from Josh Kay and Niall Canavan proved to be not quite enough as Barrow battled back from a two-goal deficit at the University of Bolton Stadium. Elias Kayunga’s close range finish just shy of the 70th minute proved to be the decisive goal to send the hosts into the Round of 16.

The Bluebirds gave everything to get something from the game, and showed their clear grievances with the officials when Bolton's Oladapo Afolayan appeared to use his arm to clear the ball from a corner in the 72nd minute, but Barrow's adamant cries for a penalty went begging.

A cagey opening 20 minutes to the encounter didn’t produce any clear-cut chances for either side, Ben Whitfield sent a ball towards Josh Gordon in the Bolton box, but Ricardo Almeida Santos arrived there first to clear it away from danger.

22 minutes in, Kay played through Josh Gordon on the left-hand side whose ball targeted Billy Waters in the box but Bolton’s Defence got in front and cleared well, from this MJ Williams’s long ball from just inside the Barrow half found Dapo Afolayan who converted well at the back post past Paul Farman to give Bolton the lead.

Barrow’s best chance of the opening 33 minutes came through George Ray, who got above his man and headed just goes over Joel Dixon’s bar from Ben Whitfield’s out swung corner.

Paul Farman produced a fantastic save to deny Jack Iredale’s attempt just outside the area in the 37th minute to palm it around the post for a corner, but only a couple of minutes later Bolton would have their second courtesy of Jon Dadi Bodvarsson. The Trotters’ striker tapped in Kieran Sadlier’s ball across the box to put Wanderers in control of the game.

Barrow would half the deficit in the 42nd minute Ben Whitfield’s charging run and powerful initial shot was parried by Joel Dixon, with Josh Gordon taking the brunt of an impact in the build-up from the Bolton Keeper after following up the effort, leaving the ball to fall perfectly to Josh Kay who calmly finished from close range.

Pete Wilds’s side started the second half brightly and just shy of the 50th minute Ben Whitfield unleashed a wicked shot from outside the area after some great playmaking from Billy Waters, which caused Joel Dixon a little problem but kept out well to retain Bolton’s lead.

56 minutes in Barrow were level, Ben Whitfield floating in a sublime corner to Josh Gordon, who flicked it on from Niall Canavan at the back post, the skipper did the rest finishing from close range past Joel Dixon.

In the 69th minute, Dapo Afolayan’s shot deflected onto the post and the ball fell perfectly for Elias Kachunga to put Bolton back into the lead. Two minutes later Barrow had a brilliant chance to level the score line, but Joel Dixon pulled off an unbelievable save to deny Josh Gordon’s rocketed shot from breaking the net.

It was the 73rd minute that saw more drama unfold. The 585 travelling Barrow fans were immediately off their seats shouting for what they deemed to be a strong handball appeal in the Bolton box. Ben Whitfield’s corner was cleared away by Oladapo Afolayan, and the Barrow fans and players were adamant that an arm was used in doing so.

The Bluebirds would attack in the closing stages looking for the all-important equaliser with Sam Foley’s effort blocked in the stoppage time from a Niall Canavan Throw-in on the right-hand side, But it would be Bolton who would see out the contest to progress to the next round.

Here are all the details you need regarding ticketing for Barrow’s Papa John’s Trophy Round of 32 tie away at Bolton Wanderers, and the trip to Brunton Park in early December.

Bolton have issued an allocation of 697 away tickets for the fixture in the South Stand, prices are as follows:

Tickets are on sale now and can be purchased by visiting our ticketing website HERE.

Please be aware that there will be no tickets available on the day at the University of Bolton Stadium. You must purchase your ticket from Barrow in advance.

Entry is via physical ticket only and must be collected from the SO Legal Stadium or ordered for postal delivery. The last date for postage Friday 18th November.

Please also note that University of Bolton Stadium does not accept cash payments inside the ground. All car parks and refreshment kiosks are card/contactless only.

Parking can be paid for using www.parkgood2go.com or the PayByPhone app, there will also be payment machines located on the car parks at the stadium.

Tickets for The Bluebirds’ trip up the county to Carlisle are now on sale for Barrow Season Ticket holders until Noon on Friday 25th November 2022. General Sale will commence from that time.

Season Ticket holders will receive a URL and passcode to purchase their ticket.

Carlisle have issued an allocation of 1500 away tickets for the Cumbrian Derby, all of which are located in the Pioneer Foods Stand.

Prices for the fixture are as follows:

We are expecting a potential sell out for this fixture, so we would strongly advise purchasing your tickets in advance to avoid disappointment.

The last day for those purchasing tickets to be posted is Sunday 4th December.

*Junior's U14, Child U11 and Child U7 must be purchased/accompanied with an Adult, Senior, Young Person or Junior U18. 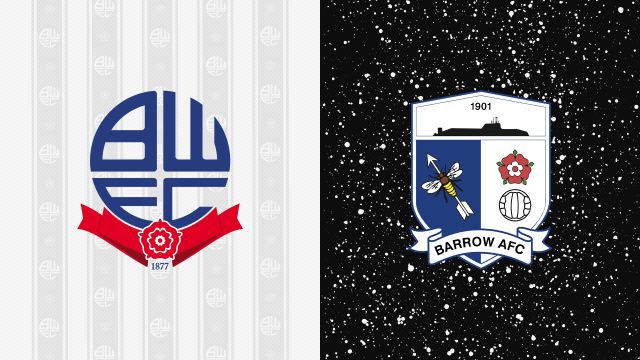 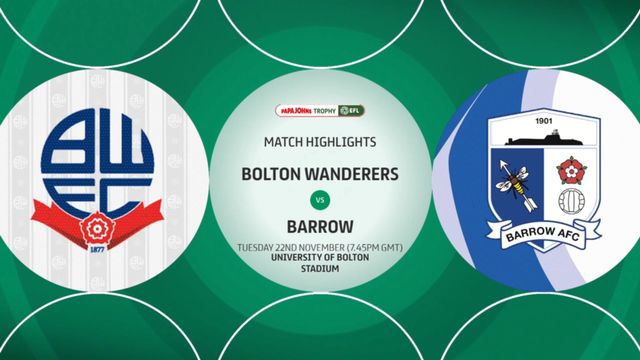 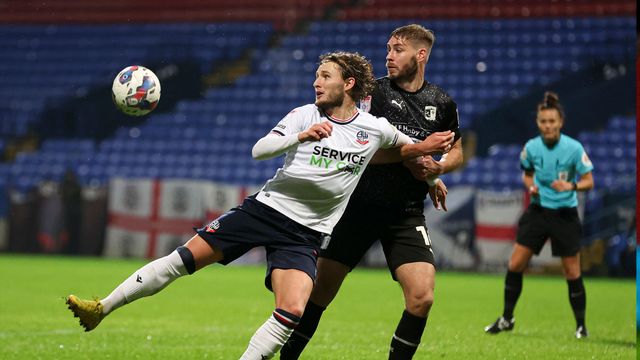