Barrow returned to winning ways, as goals from Josh Kay and Sam Foley saw Barrow progress to the next round of the Papa John's Trophy as runners-up in Group G on Tuesday night.

After an even opening to the Cumbrian Derby, on the 36th minute Billy Waters deflected shot fell at the feet of David Moyo. With a clear view of goal, Michael Kelly pulled off a fantastic save with an outstretched leg to deny Moyo opening the scoring.

Barrow continued to push on, and a matter of minutes later, Waters had another scoring opportunity but his shot was deflected away from the goal by Carlisle's defence.

Josh Kay had an opportunity late in first half added time; a dangerous attack from Kay saw his well hit effort almsot slip through the hands of the Carlisle keeper, Michael Kelly.

The visitors' best chance of the contest came through Corey Whelan, who's shot was cleared off the line by Tyrell Warren. Despite the chances at either end Seb Stockbridge blew the half time whistle after a goalless first period.

A positive start to the second half saw Barrow almost take the lead through David Moyo’s close range shot, which was goal bound but for Michael Kelly's brilliant save, not the first time he had been in the way of Moyo in the opening 50 minutes.

The Bluebirds' attacking display continued, and with 65 minutes on the clock, Josh Kay darted forward, his shot coming down off the bar and couldn’t quite fall in time for either Waters or Moyo to rebound Barrow into the lead.

Pete Wild's side finally made the breakthrough on the 70th minute after piling plenty of attacking pressure on the Carlisle defence in the second half. Josh Kay’s brilliant run into The Blues box saw him cutcutting inside and place a classy, slotted effort into the bottom left corner sending the SO Legal Stadium into jubilation.

Barrow doubled the lead in the 80th minute when Josh Kay’s corner found George Ray at the back post, his powerful header across the box was met by Sam Foley who nodded home, sending The Bluebirds into the knockout stages of the competition for the first time. 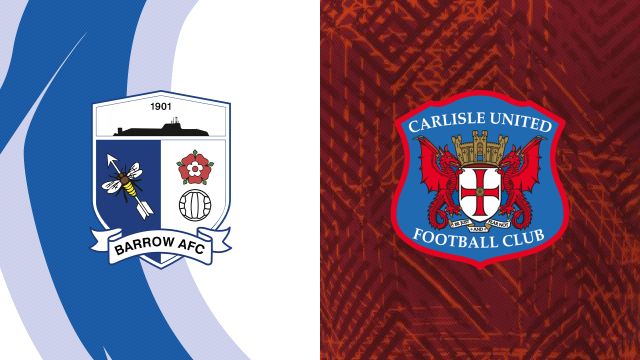 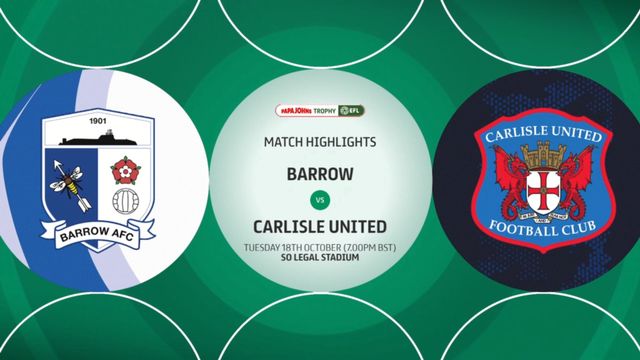 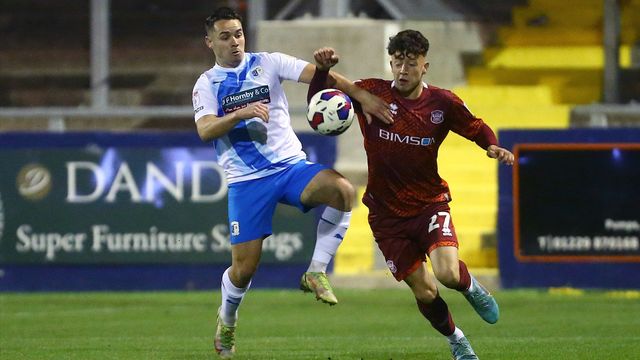