Billy Waters' second goal of the season delivers all three points for Barrow, as The Bluebirds see off Grimsby Town at the SO Legal Stadium.

A very positive opening few minutes saw Barrow obtain the majority of play. It started with David Moyo when Max Crocombe managed to snuff out his attempt from close range. Following that, a fantastic run and cross from Patrick Brough narrowly evaded an unmarked Ben Whitfield at the back post.

With 12 minutes on the clock, Brough’s free kick from just inside Grimsby half found David Moyo who brilliantly nodded it through to Billy Waters one on one, but the Barrow #9 couldn’t quite convert past Max Crocombe who pulled off a magnificent point blank save.

There were a duo of brilliant opportunities for Barrow to take the lead just shy of the 25 minute mark. It started with another cross by Brough that found Whitfield at the back post, who then fired the ball back across the area, deflecting off Grimsby’s Andy Smith onto the bar. Whitfield’s second bite at the cherry fell wide of the goal. Following this, Moyo matched Whitfield’s free kick with a diving header, going narrowly past the post.

With 39 minutes on the board, Brough's corner found Josh Kay on the edge of the area who darted into the box and was fouled by Grimsby's Otis Khan from behind.

Kay’s resulting penalty was saved as he blasted the penalty low and hard down the middle; Crocombe’s outstretched foot stopping Barrow taking the lead.

Grimsby started the second half brightly, straight from kick off a long ball fired over from Bryn Morris lead to a slip from the Barrow defence. Paul Farman was aware and out quickly to shut down the effort from Ryan Taylor.

It was jubilation on 75 minutes, when Barrow's hard work and determination finally paid off.

Patrick Brough’s darting run saw the left-back deliver an exquisite low cross into the box, finding Billy Waters who poked it past Crocombe to send the SO Legal Stadium into celebration with 15 minutes left in the match.

A very professional display from Barrow saw out the fixture. Tom White put in a strong block in 93rd minute to deny the visitors any opportunity of late drama. The result boosts The Bluebirds up to 8th in Sky Bet League Two. 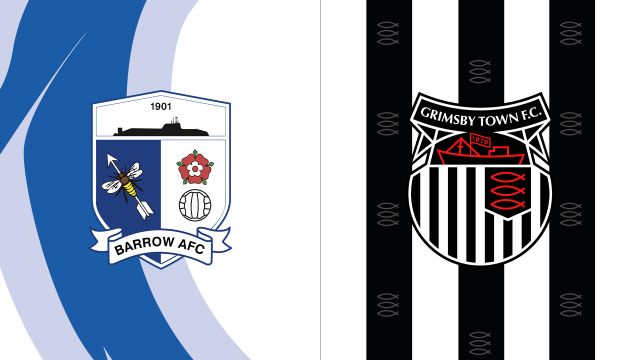 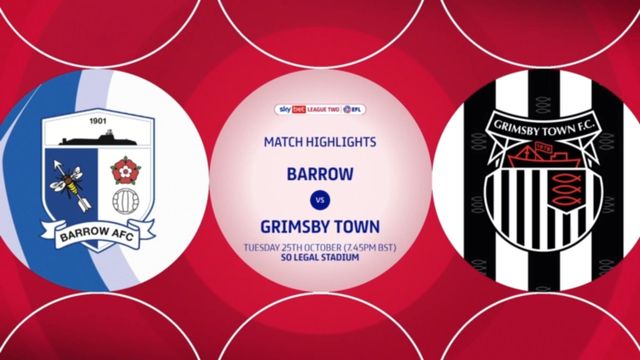 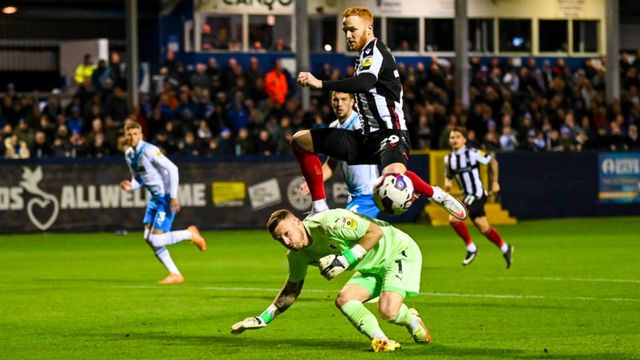