Barrow were edged out at the SO Legal Stadium on Tuesday night in the Papa John's Trophy, after a 92nd minute strike from Alejandro Garnacho took the 3pts back to Stretford.

An even opening 10 minutes saw chances for both sides, including a couple of corners for the Bluebirds. Pete Wild’s squad continued to grow into the game, Jordan Stevens had his shot blocked by the young United defence on the 16th minute.

With 19 minutes on the clock, Robbie Gotts darted through on goal before being chopped down on the edge of the area by Tyler Fredricson who received just a yellow card for his challenge. Jordan Stevens subsequent free kick was blocked by the Red Devils' defence.

Just shy of the half an hour mark, Benni Smales-Braithwaite sent a shot towards the United goal, however it fell narrowly wide of the post into the Holker Street End. A couple of good opportunities followed this, with David Moyo involved in both.

On the half-hour mark Moyo brought down a cross for Tom White, although his resulting shot sailed wide of the goal. A few minutes later, the Zimbabwe international produced a backheel effort which required a save from Utd’s keeper Nathan Bishop.

Manchester United’s Charlie McNeill was brought down inside the Barrow box by Scott Moloney; the Barrow keeper receiving a yellow card for his actions. The resulting penalty was converted from the spot to give Manchester United U21’s the lead on 43rd minute.

Barrow came out brighter in the second period, pressure showed on 51st minute when Jordan Stevens' pin-point free kick found the back post, deflected off Tyler Fredricson into Nathan Bishop's net to level the game.

Just past the hour mark, Myles Kenlock and Jordan Stevens linked up well down the left hand side, but David Moyo who couldn’t quite do enough with the whipped cross to trouble Bishop.

Barrow continued the pressure 65 minutes into the encounter with Benni Smales-Braithwaite, who saw his low shot effort from outside the box fall just wide of the target.

Barrow pushed for a winner in the later stages, with Tom White’s effort in the 90th minute being put wide of the goal after superb build up play from Josh Gordon.

Garnacho stole the headlines in the final minute with a fantastic run and finish to give Manchester United U21 the victory at the SO Legal Stadium.

Tickets for Barrow's Papa John's Trophy Group Stage fixture against Manchester United U21 on Tuesday 4th October are now on general sale for all supporters.

Ticket prices for the game have been slashed to just £10 for adults and £5 for everyone else for a game that is expected to draw big numbers, as Manchester United U21s come to town.

Tickets for Away Fans are also on sale, and can also be purchased from the Barrow ticket website.

Pricing is the same as for home supporters, and there is an allocation of 620 for Manchester United fans. 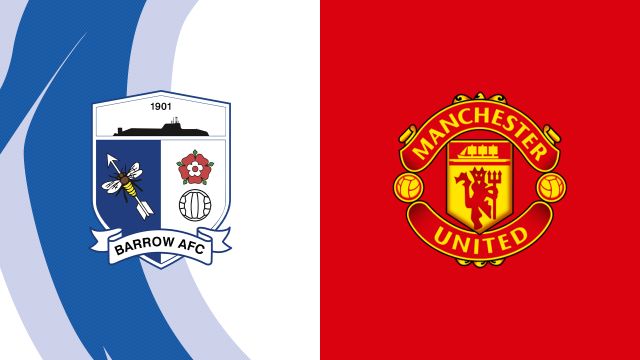 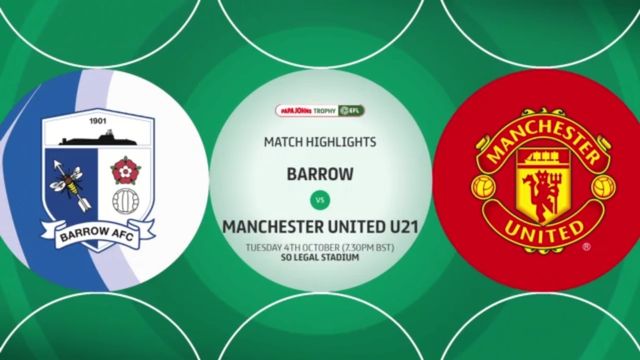 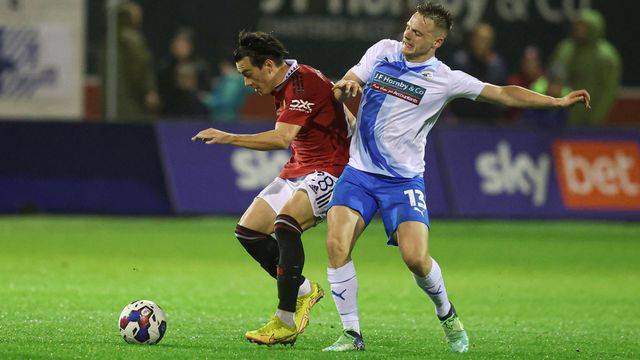