Here's all the information you need to secure your ticket for Saturday's Sky Bet League Two fixture between Barrow and Mansfield Town at the SO Legal Stadium.

The Club is once again anticipating a big crowd for the fixture, so be sure to grab your ticket in advance to make sure you secure your seat and make a saving! Bluebirds supporters can buy tickets in advance either online or from Main Reception during the week at SO Legal Stadium.

Mansfield Town take all 3 points back to Field Mill, after former Barrow loanee Jordan Bowery grabbed the only goal of the game for the visitors. A valiant reaction from The Bluebirds wasn't quite enough to grab a point at the SO Legal Stadium.

A bright opening 10 minutes saw Ben Whitfield swing a corner into the danger zone, though Tyrell Warren's resulting header was snuffed out by the Mansfield defence. The Bluebirds continued to press on through with 18 minutes on the clock when Warren bombed forward, but the promising looking attack ended when his cross had slightly too much on it, falling into the hands of Stags keeper Christy Pym.

The closest either side came to an opening was on the half hour mark through Harrison Neal. His long-range effort darting just wide of the top corner, whiskers away from giving Pete Wild’s side the lead in front of the Holker Street End.

Mansfield created the better of the opportunities in the final stages of the first period; Stephen Quinn's shot from inside the area deflected out of play. Following this, George Maris took the ball down on his chest and volleyed towards goal, however his effort was well blocked by The Bluebirds' defence. Nothing clear cut and both sides went into the interval goalless.

Nigel Clough's side started the second half the better; on the 50th minute The Stags' corner was whipped in by Stephen Quinn on the right-hand side, aimed for Ollie Hawkins. The former Dagenham man's header rebounded off the bar, falling into the path of Jordan Bowery who converted from close range to put the visitors in front.

Mansfield could have doubled their lead on 56 minutes, but for a brilliant clearance off the line from Patrick Brough.

Barrow reacted well, with 72 minutes on the scoreboard Barrow strived forward through Ben Whitfield, winning a corner with some superb skill.

With just 5 minutes to go, Billy Waters struck a great effort towards goal, only for a brilliant save by Mansfield goalkeeper Pym to deny The Bluebirds a late equaliser.

The Barrow players were convinced they'd earned a penalty in the dying seconds, when Mansfield's Elliot Hewitt appeared to handle the ball inside the area, but referee Tom Nield disagreed with the adamant appeals from the 3,422 Barrow fans inside the SO Legal Stadium. 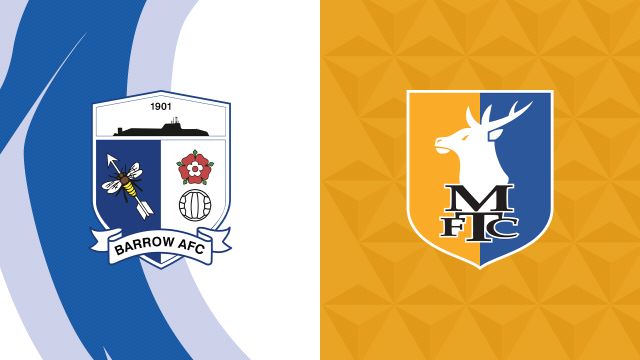 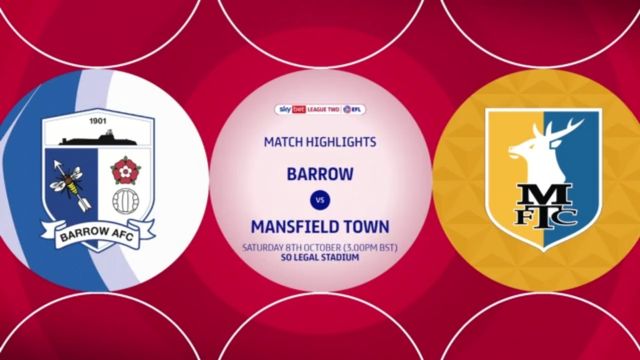 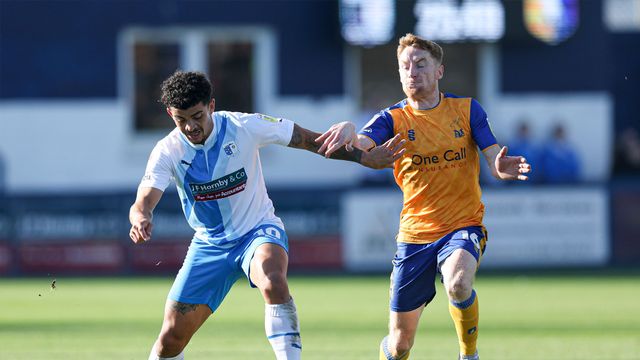