Barrow walk away from Kent sharing the points after a brilliant overhead goal from Josh Kay gave The Bluebirds the lead at half time. However, The Gills found an equaliser in the 74th minute, following Glenn Morris' penalty save early into the second half.

A positive opening 15 minutes to the contest at Priestfield saw David Moyo's glancing header from Ben Whitfield’s corner falling just wide of the target. Following this, Patrick Brough's shot bounced around the area, but David Moyo couldn’t quite guide the ball past the Gillingham keeper from close range with 21 minutes on the clock.

Barrow continued to attack the Gills, 25 minutes in Josh Kay's dangerous cross from the left-hand side of the box just evade the outstretched Billy Waters.

Shortly after, Josh Kay's long distance shot rattled off the crossbar and bounced back off the line.

Gillingham reacted quickly, and straight from Josh Kay's effort, they had their own chance; Hakeeb Adelakun's powerful effort from outside the area producing a brilliant fingertip save from Paul Farman.

35 minutes were on the clock when the deadlock was broken by Josh Kay's creative overhead kick from 6 yards out. It was well-worked teamwork from Tyrell Warren and Billy Waters, finding Whitfield who produced a cross in style. It is Whitfield’s 11th contribution in 18 games for Barrow.

Pete Wild's side came fast out of the traps in the first few minutes in the second half; Josh Kay once again producing a couple of dangerous opportunities. He saw his shot blocked out for a corner within the opening seconds of the restart, then a darting run, cutting inside, and a rasping shot deflecting into the hands of Glenn Morris.

Carl Boyeson identified a push in the back of David Moyo from the home defence, giving Barrow a penalty in 55th minute. Josh Kay’s resulting spot-kick was well saved by Glenn Morris in the bottom right corner.

That stop injected a lust for life into Priestfield; Gillingham countered down the other end and a brilliant save from Paul Farman was required to deny Lewis Walker.

The home side were awarded a corner in the 73rd minute; the Barrow bench's appeals for a foul on George Ray being turned down.

The hosts equalised from the resulting set-piece, Elkan Baggott finding the decisive goal from an in-swinging corner against the run of play.

Both sides saw out the final fifteen minutes with no clear-cut opportunities to win the game. A late cross from Patrick Brough found the head of Tyrell Warren, but his effort fell into the hands of Gills keeper Glenn Morris with ease.

Here's all the ticketing info you need to follow The Bluebirds at Gillingham this weekend.

Tickets for the fixture are being sold directly from Gillingham's Ticket Office and prices are as follows: 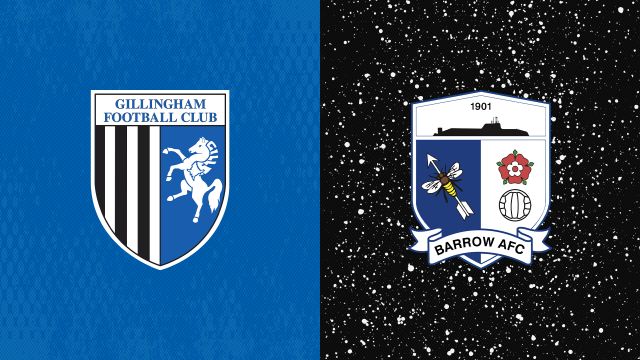 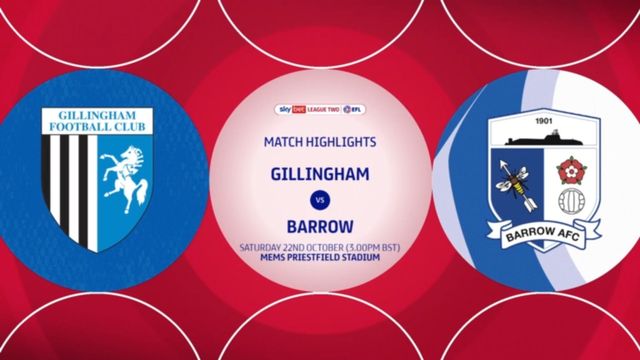 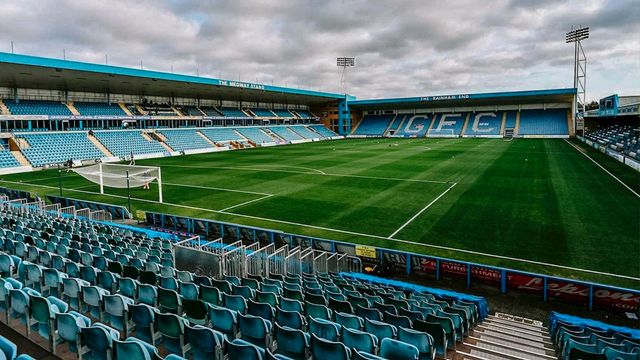