Opposition
Formed following a public meeting on May 14th, 1907, The Dale hosted their first fixture against local rivals Oldham Athletic on September 3rd of that year. A friendly fixture saw Rochdale net 4 times against Latics and prevail 4-1.

Rochdale finished EFL Cup (known now as Carabao Cup) runners up to Norwich in 1961/62 after an old-fashioned aggregate rule decided the outcome; Norwich triumphing 4-0 on aggregate. The Dale have also found themselves promoted from the 4th tier of English Football on 3 occasions.

Luke Matheson is Dales' record sale, costing Wolverhampton Wanderers £1m on January deadline day in 2020. The then 16-year old’s impressive burst onto the scene saw him force Man Utd to penalties in the Carabao Cup, doing so becoming one of the youngest goalscorers on the famous turf of The Theatre of Dreams.

Rochdale have had a tough start to the campaign, finding themselves in 23rd. Although a positive result last time out, which saw Jim Bentley's side overcome Newport County 1-0 at Rodney Parade, will give them much needed confidence ahead of Saturday’s fixture.

The Venue
Opened in 1878, Spotland Stadium (known as Crown Oil Arena for sponsorship purposes) has hosted Rochdale since 1920, although prior to that they played on the same piece as land, albeit known as St Clement’s playing field. Upgrades on the stadia, which were completed in 2000, sees it boast a capacity of 10,249.

24,231 is a record attendance for the ground, set in 1949 for a FA Cup Second Round tie vs Notts County, with Dales' Nottingham visitors running out as 2-1 winners on that day.

Head To Head
A total of 86 games have been played between the sides, dating back to 1922. Barrow have won 30 of these fixtures with counterparts Rochdale taking 38 victories. Last time the two sides played one another came in a scoreless tie at the Crown Oil Arena back in March.

The Bluebirds' biggest margin of victory came in March 1932, when 2,189 fans saw a 6-0 thumping at Spotland in the old Division Three (North).

Referee
Saturday’s man behind the whistle will be Sunny Gill and he will be partnered alongside Graeme Fyvie and Mark Jones. The Fourth official is Robbert Madden.

Sunny became the first British South Asian to referee an English Football League game since his dad Jarnail Singh over a decade ago. Officiating Northampton vs Hartlepool at Sixfields in August.

From our records this will be the first game he’s officiated for both sides. However, he has overseen 9 EFL games so far this season, from League One, League Two and EFL Trophy. In those combined games he’s dished out 30 yellows and 1 red.

Tickets
Tickets for this fixture are being sold directly by Rochdale's Ticket Office. Click HERE to grab your tickets.

Fans will be able to listen to steadfast commentator Adam Johnson at Spotland to describe all the action as it unfolds.

Here's all the information you need to grab your ticket for Barrow's trip to Rochdale on Saturday 15th October 2022.

Tickets for the fixture are being sold by Rochdale's Ticket Office, so you'll need to visit their ticketing website to bag your tickets.

Tickets are e-Tickets, which be can either printed at home to use on Rochdale's automated turnstiles or can be scanned directly from your mobile device at the turnstile. 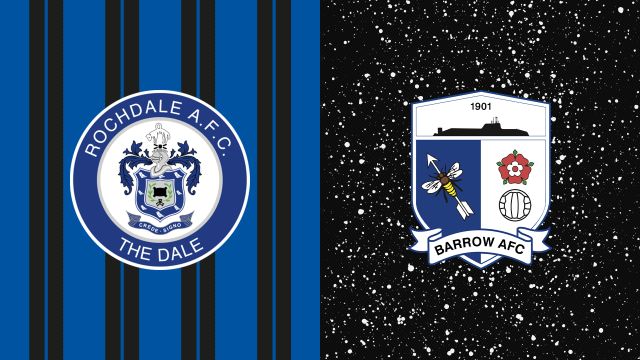 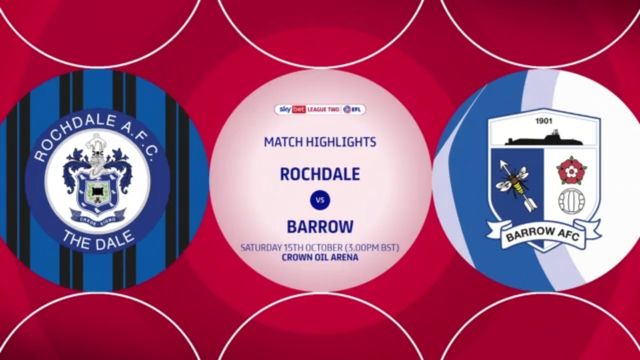 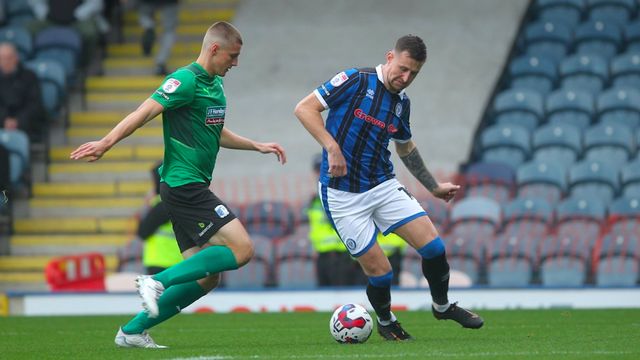