Barrow produced one of their most solid performances of the season at Port Vale to clinch a second successive win and impress new boss Michael Jolley who was there to watch on Boxing Day.

It was a commanding display from The Bluebirds who outmuscled and outthought their hosts to claim a comfortable three points and build on last weekend’s excellent win over Cheltenham Town.

Scott Quigley, who bullied his former team at times, helped himself to the first goal midway through the first half before Patrick Brough added a second after the break to ensure a very happy Christmas for Barrow fans.

Rob Kelly opted to go with a completely unchanged line-up for the trip to Staffordshire as new boss Jolley watched on from the stands at Vale Park.

Barrow enjoyed some good early possession without really troubling the Vale goal, while the hosts came close when danger man Devante Rodney turned inside from the right but drilled a shot just wide.

Whilst it was the hosts who then began to dominate the ball, it was The Bluebirds who stole in front midway through the half. Quigley did brilliantly to get in behind the Vale defence, showed great strength to hold off his opponents and then slotted a calm finish underneath Scott Brown to make it 1-0.

Barrow grew in confidence as the half wore on and began to look the more likely, Matt Platt came close to doubling the lead when he got on the end of Josh Kay’s free kick but he nodded it wide at the far post.

Quigley had the taste for it now and he looked full of intent when he collected the ball 35 yards from goal and drove forward but his shot flashed far too high to trouble Brown.

Barrow could have grabbed another goal right on half time when Kay’s wicked free kick to the far post again picked out Platt but the defender’s powerful volley flew over the bar.

Vale made a change at the break as David Amoo was introduced and he looked a threat within minutes when he clipped a low shot across goal and just wide from the edge of the box.

However, Barrow got the second goal when Quigley spun in the area to find Harrison Biggins and his inviting low ball across left Patrick Brough with the simple task of turning it home from close range.

You could then see confidence among the Barrow players and they came close to adding a third on the hour when some good football freed Quigley through on goal but Brown produced a brilliant save to deny the front man.

While there was an increasing desperation about Vale’s attacking, Barrow continued to look a threat on the break and Kay nearly made it 3-0 midway through the second half when he cut inside from the left but he powered his shot over the bar.

There was also some determined defending on show for Barrow as they ensured they made it as difficult as possible for their hosts, highlighted when Burgess’ shot was well blocked when he weaved in to a little bit of space on the edge of the area.

Chances were at a premium for John Askey’s side through and, in the end, Barrow got their victory over the line with a minimum of fuss to collect back-to-back wins for only the second time this term. 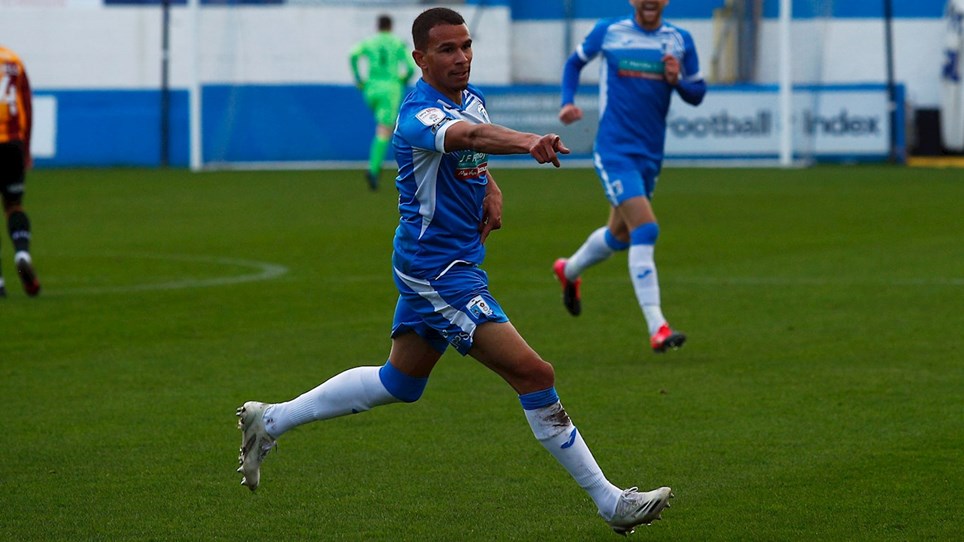 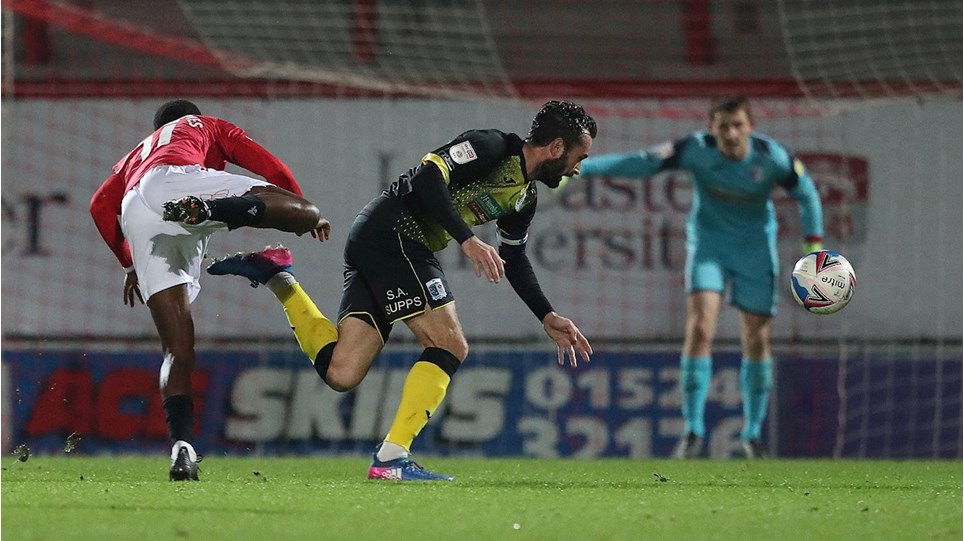 
Barrow suffered frustration in the derby at Morecambe as a controversial early red card for Sam Hird contributed to a 1-0 defeat at The Mazuma Stadium on Tuesday evening. 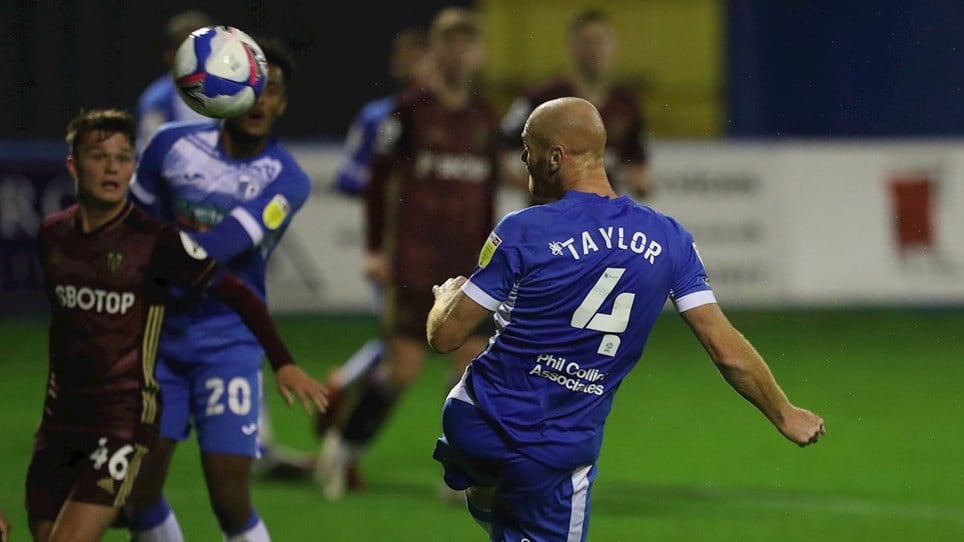 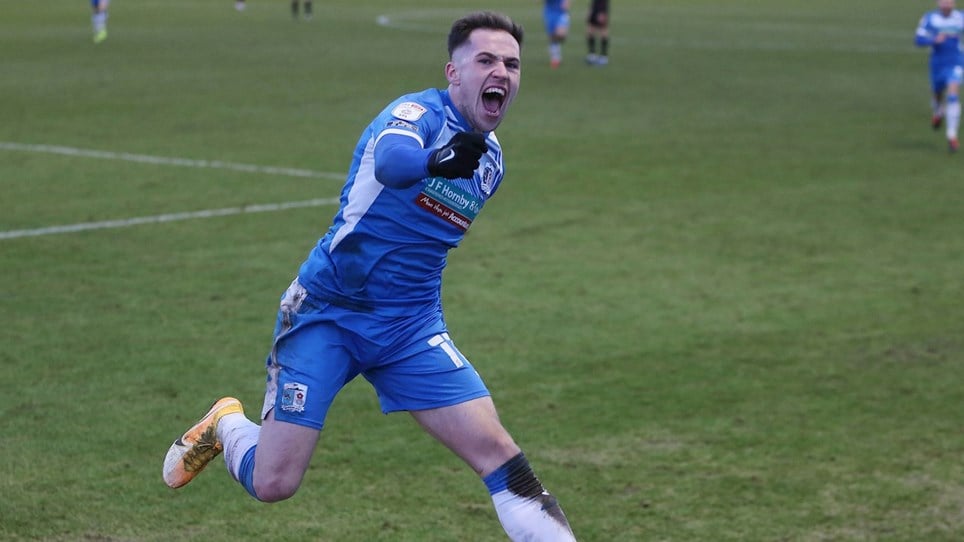 
Josh Kay’s fourth goal of the season saw Barrow get back to winning way with a battling triumph over Scunthorpe United at The Progression Solicitors Stadium. 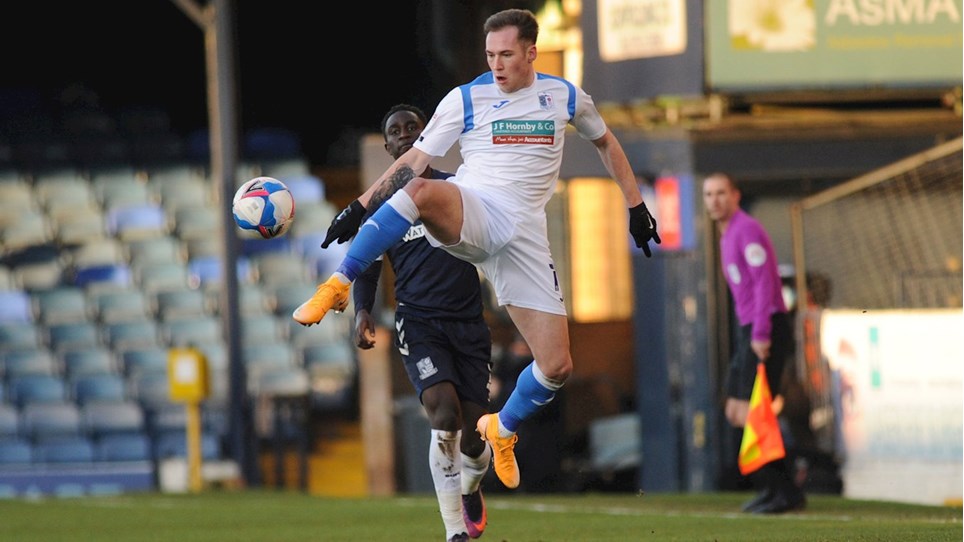 
Barrow’s three-game unbeaten run was brought to an end at Roots Hall on Saturday as ten-man Southend United held on to claim all three points and their fourth consecutive home win. 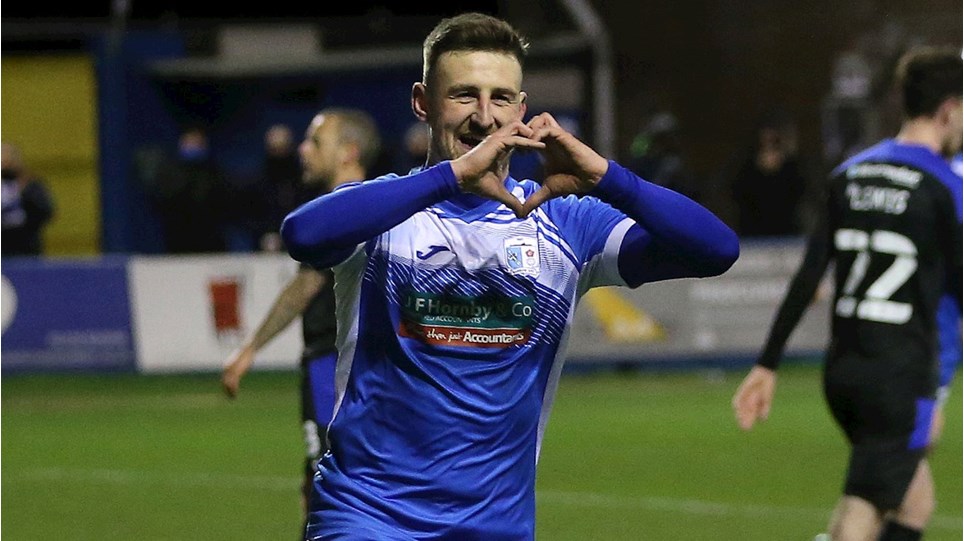 
Michael Jolley collected a point in his first game in charge as Barrow came from behind to draw 1-1 with Tranmere Rovers at The Progression Solicitors Stadium on Tuesday night. 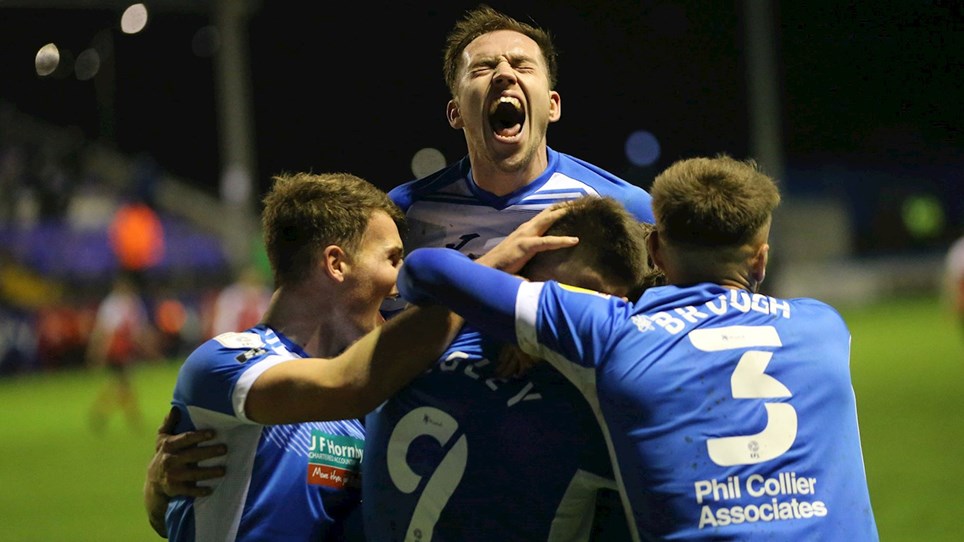 
Barrow roared back to form with a convincing League Two win as high-flying Cheltenham Town were taken apart at The Progression Solicitors Stadium on Saturday.