Fans can now snap up a digital version of Saturday’s Matchday Programme for the fixture against Forest Green Rovers at The Progression Solicitors Stadium.

While supporters aren’t able to attend games at the moment, we’re doing all we can to give you that matchday vibe by making our popular Programme available to download.

Inside Saturday’s issue of The Zigger you’ll find an exclusive interview with Bluebirds star Jason Taylor, who reflects on the start of the season and tells us how pleased he is be back in the side.

Kgose Ntlhe is the star of the show in our Barrovian Index feature – find out which four people he’d invite to his dream dinner party, why he can’t remember everything about a bungee jump he once did and what he would like to do if he wasn’t a footballer.

We have columns from Chairman Paul Hornby, boss David Dunn, Chief Executive Levi Gill and skipper Lewis Hardcastle, while you can also enjoy photos from two of our recent outings.

Phil Yelland continues his study of how Barrow fared during their spell outside of the Football League and also examines other games which have taken place on the same date throughout our history.

We’ve got the full lowdown on visitors Forest Green Rovers, including a focus on their boss Mark Cooper and a look at some of the key players in their squad.

Throw in all the fact and figures you’ll need ahead of kick-off, as well as the up to date statistics from the current campaign, plus loads more and we think The Zigger is a real bargain.

Download your copy right now for just £3 by clicking here. 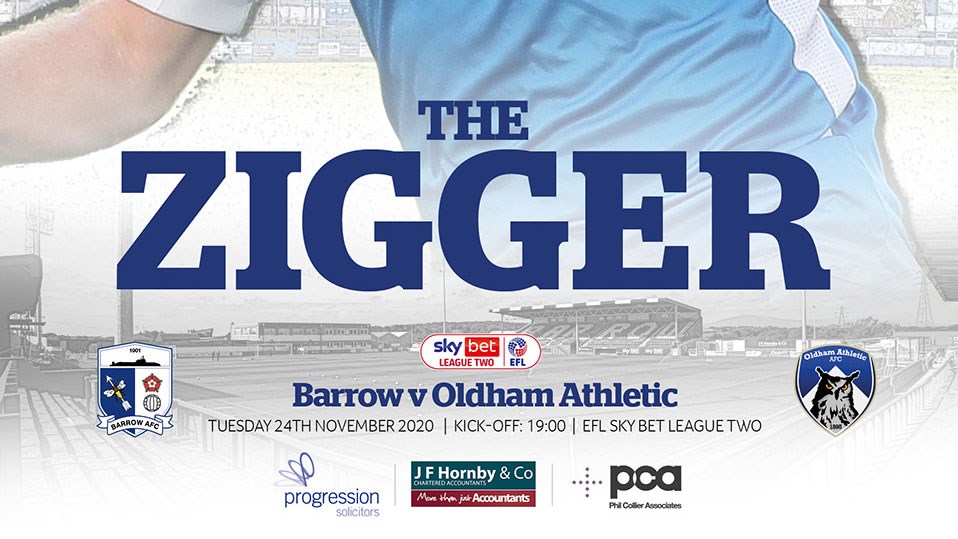 
Get yourself right in the mood for tonight’s big game against Oldham Athletic by downloading your digital copy of our Matchday Programme. 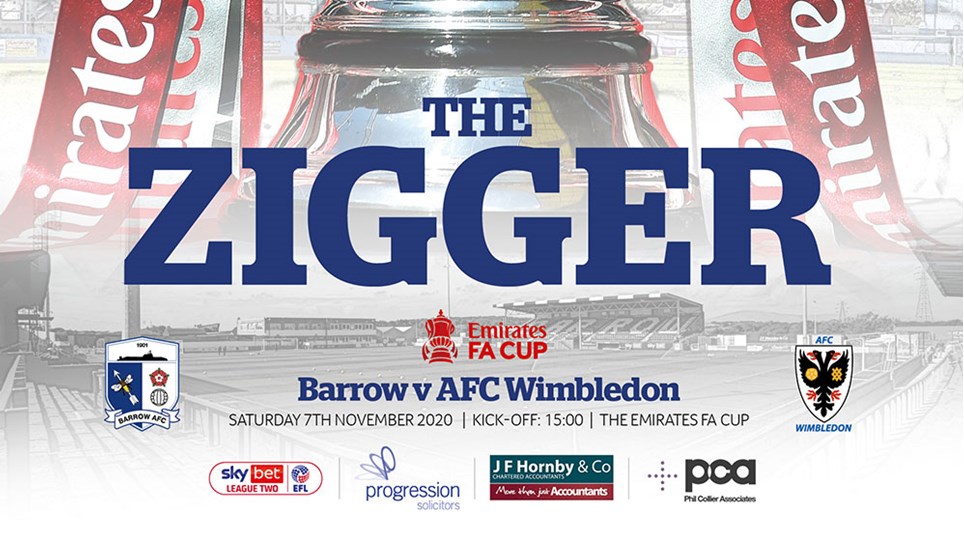 
We have an extremely limited number of AFC Wimbledon Programmes still available to order online ahead of tonight’s FA Cup tie.


We’re producing a slimmed-down version of The Zigger for this Saturday’s Emirates FA Cup tie against AFC Wimbledon – and you can now pre-order your copy online!