Phil Yelland takes a look back in time for this weekend’s visitors Leyton Orient’s previous trips to Cumbria.

Following our promotion to Division Three (now Division One) at the end of the 1966/67 season, we met Leyton Orient over our three seasons at that level. By the time the 1969/70 season had finished, Orient had won the title to clinch promotion to the old Division Two (now the Championship) as we slid back into Division Four (now League Two).

The first meeting between the clubs at Holker Street took place on 6th April 1968. The game saw us win 1-0, thanks to a goal from winger Roy McCarthy just five minutes from time. The game was watched by a good crowd of 4,971 and was our fifth home league game without defeat. The Orient squad that afternoon included two interesting players at different ends of their careers. The vastly experienced Cliff Holton, who made over 500 league appearances for various clubs was finishing career at Brisbane Road. A young, former Manchester United junior who has gone on to find fame and fortune as a Manager (and signed our current boss Kenny Lowe for Barnet for a club record fee in 1991) also featured. Of course, the man in question was Barry Fry. The game lifted us to 8th place in the table. We finished the season in 8th place, Orient were 19th.

The following season we met at Holker Street on the 28th September 1968. We were still under the Player/Management of the popular Colin Appleton and included such favourites as Fred Else, Brian Arrowsmith and Jim Mulvaney. We eventually ran out comfortable winners after a first half scare when Tommy Taylor headed the visitors in front.  A crowd of 5,532 saw Mulvaney equalise on 66 minutes before two late goals from winger Howard Riley, formerly with Leicester City, saw us clinch a 3-1 success. At that stage of the season Orient were unbeaten and their main striker was a certain Vic Halom, who went on to become Player/Manager here in the 1983/84 season when he guided us to the NPL title. He had also played for them against us during the previous campaign. The season ended with us in 19th place and Orient 18th.

The 1969/70 season saw Orient visit Holker Street towards the end of August. At centre-back in the Orient line-up that afternoon was Tommy Taylor, who was reckoned to be one of the most promising defenders of the time. He went on to become a regular at West Ham United. The team also included ex-England international midfielder Peter Brabrook. The Manager was Jimmy Bloomfield, subsequently manager of Leicester City in the old First Division. The game finished 1-1 after a goalless opening half. Terry Mancini scored for Orient with just ten minutes left after Jeff Street, signed from Altrincham during the summer, had netted for The Bluebirds on 50 minutes. The game was watched by 4,808 fans and it was Barrow’s first point of the season and our first league goal.

At the end of the season, Orient were promoted as Division Three champions, two points clear of Luton Town. We finished in 23rd place and were relegated with only Stockport County (now in Division One) below us.

The next meeting here was on 18th November 2000 in the FA Cup First Round when Tommy Taylor, who had been a player for The O’s when we last met, was now their manager in League Two. Kenny Lowe’s side seemed to have made the perfect start when Lee Ellison netted after two minutes only for the goal to be disallowed for offside against Nick Peverell. Minutes later, Barrow lost midfielder Troy Bennett following a poor tackle from Chris Tate – Bennett was stretchered off and never played for Barrow again. His replacement Neil Doherty found the net before half time but saw his effort ruled out for offside. Orient got into their stride early in the second half when Carl Griffiths netted from a Nicky Shorey pass and then Steve Watt clinched victory for the visitors late in the game in front of 3,608 fans.

Nearly 17 years passed before the next meeting here on National Non-League Day in October 2017 when we were going through an awful run in the National League. 1,796 fans watched as the visitors took an early lead through David Mooney only for Bedsente Gomis to level on 23 minutes. Within two minutes the visitors led again thanks to former Barrow loanee Craig Clay but just before half time Barrow levelled through Jordan White, now with Motherwell in the Scottish Premiership, and that was enough to secure a point.

The East London side’s last visit to Holker Street came on 5th March 2019 as they pushed for the title which they ultimately won to return to League Two. Sam Ling scored the only goal of the first half with a cross that drifted into the net and then Jay Simpson and Jordan Maguire-Drew added goals to seemingly put the visitors home and dry with 20 minutes remaining. Barrow had other ideas as Josh Kay and then substitute Rhys Turner found the net, but we couldn’t find an equaliser in front of 1,130 fans.

So, after six games between the clubs to date, its two wins, two draws and two losses for Barrow. Hopefully Saturday is the day we record a first win here over Leyton Orient for 52 years. 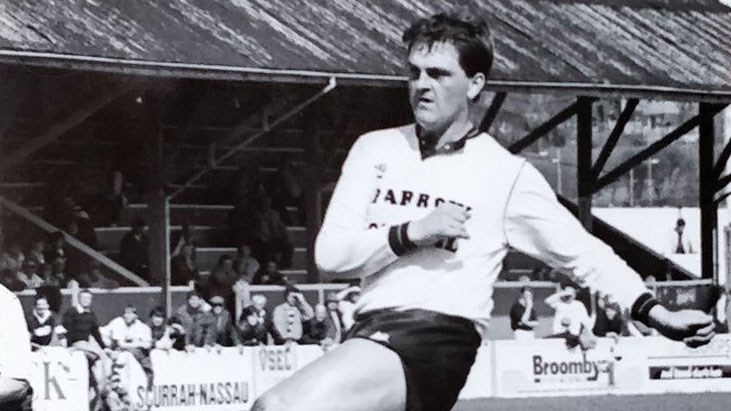 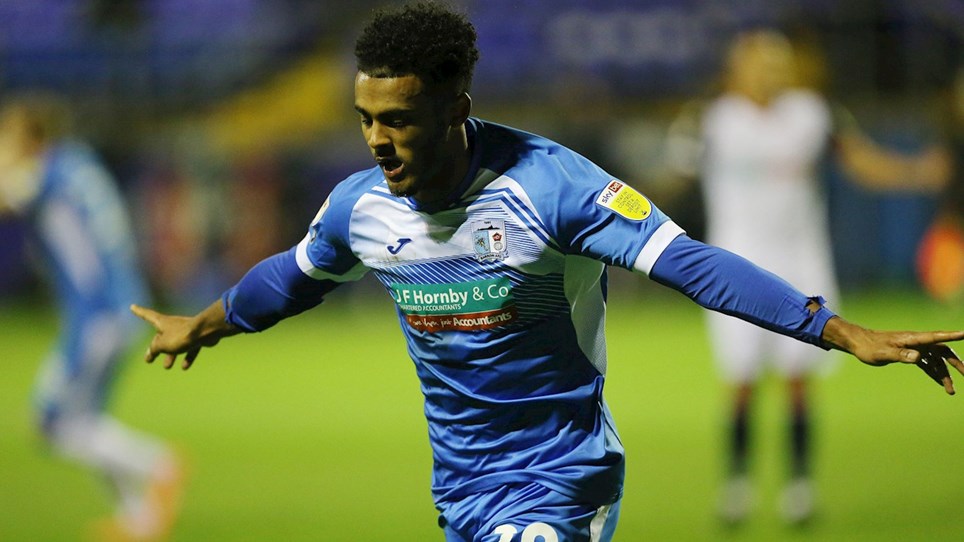 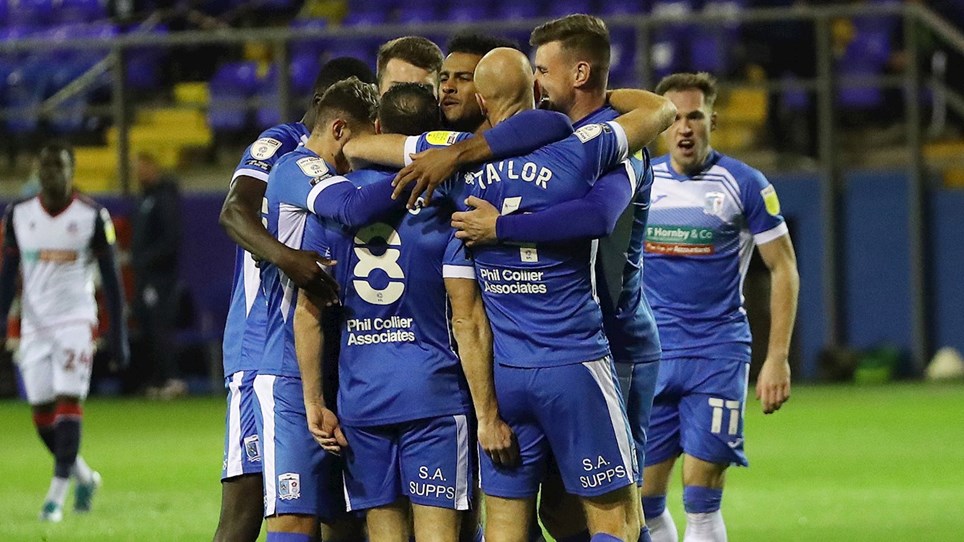 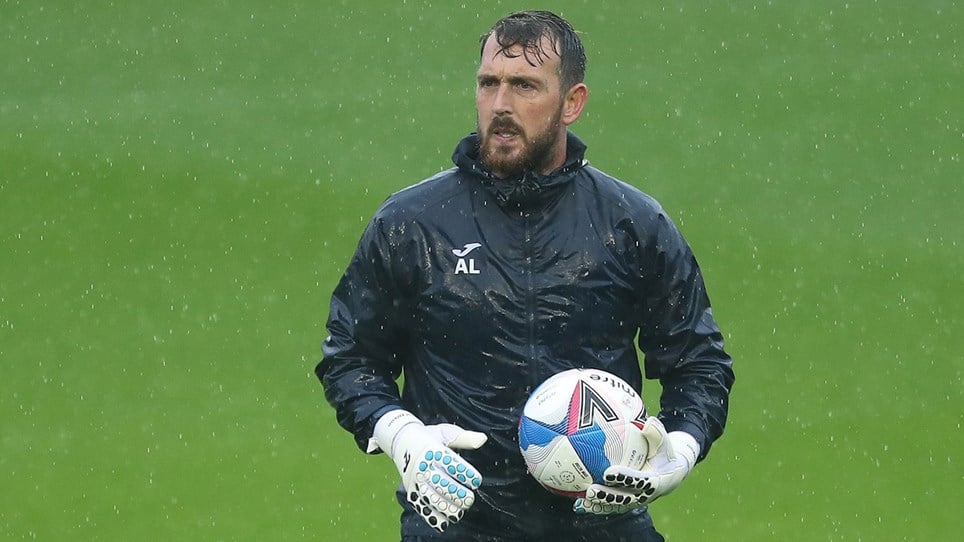