Everyone at Barrow AFC is extremely saddened to learn of the death of life patron Dave Martin, who passed away on Monday evening after a period of ill health.

A Bluebirds diehard and Ormsgill football stalwart, Dave was responsible for kick-starting a passion for Barrow in many of the town’s youngsters by buying surplus Season Tickets to hand out on matchday.

One of those who benefitted from Dave’s generosity was Ste Story and he has paid a heartfelt tribute to the man whom he described as “an absolute gentleman with a love for football.”

“If you happened to be anywhere between Ormsgill and Holker Street on a Saturday afternoon, chances are you’d see Dave walking along with a handful of kids in two,” Storey explained.

“Like the Pied Piper, he would accumulate kids as he went before taking his seat in the O of the stand and letting the kids spread out around the ground.

“After the game he would then collect them and chaperone them on this trademark slow but steady walk back to the estate, dispatching them back home safe and sound at the end of the day.

“Dozens of people have Dave to thank (or curse!) for their love of BAFC, none more so than myself, whom Dave introduced to football when I was just a kid.

“An absolute gentleman with a love for football and an encyclopaedic knowledge of BAFC, he will be very missed and remembered by many.”

Our thoughts and sincere condolences are with Dave’s family and friends. 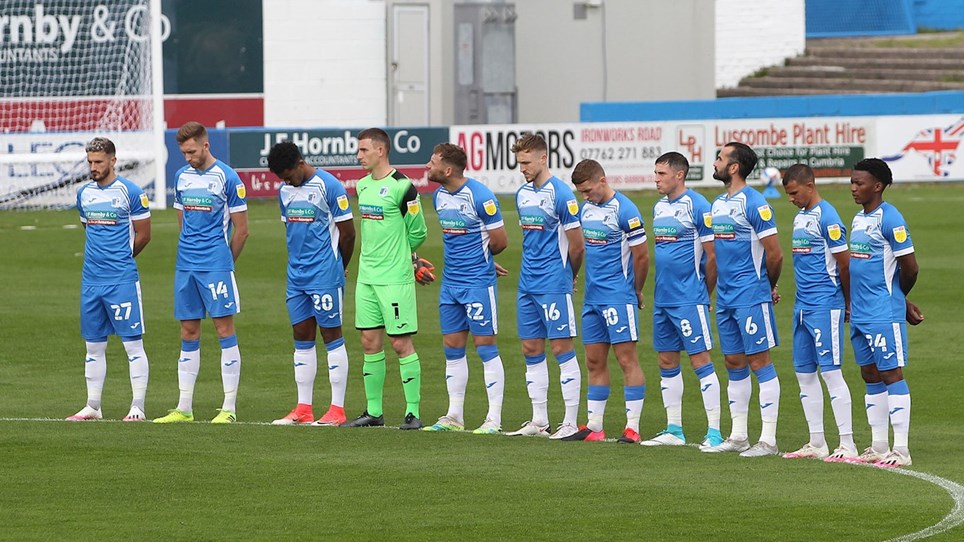 
A minute’s silence was observed prior to Saturday’s game as Barrow paid tribute to Club legend Brian Arrowsmith, who sadly passed away in April after contracting COVID-19. 
Season Ticket holders are reminded that the way they access live coverage of home league games on iFollow Barrow is due to change.