David Dunn praised his players for the battling nature of their victory as they overcame Bradford City and some filthy weather conditions to collect their first home triumph of the new campaign.

Connor Brown’s second goal for the Club midway through the first half proved the decisive moment and things got worse for The Bantams just before the break when Levi Sutton saw red for a challenge on Jason Taylor.

However, strong wind in the faces of Barrow’s defence in the second half ensured The Bantams could apply some pressure, despite being a man light, but Dunn’s men held firm to record their first league clean sheet of the season and a second win in succession.

“It was really pleasing - the resilience I thought the players showed was excellent,” Dunn told iFollow Barrow.

“As much as Tuesday night was really good for us in playing through, that was a proper Football League tie for me today.

“I have got to say that it was really difficult conditions for both teams, but I thought the way we handled the wind in the second half was very good. It was our first clean sheet of the season in the league and I am delighted with that.

“Up against the wind as we were in the second half, I didn’t really feel like we could use that extra man as an advantage because they put it on top of us and it was tough to get out.

“I know what Connor Brown is all about; he’s a terrific pro, he does everything right and I was delighted for him today to get on that scoresheet.

“I said last month that I felt we would get better as the season went on so back-to-back wins is a credit to the lads – they’re a pleasure to work with so they deserve it.”

Look our for our full post-match video interview with David Dunn on iFollow later this evening. 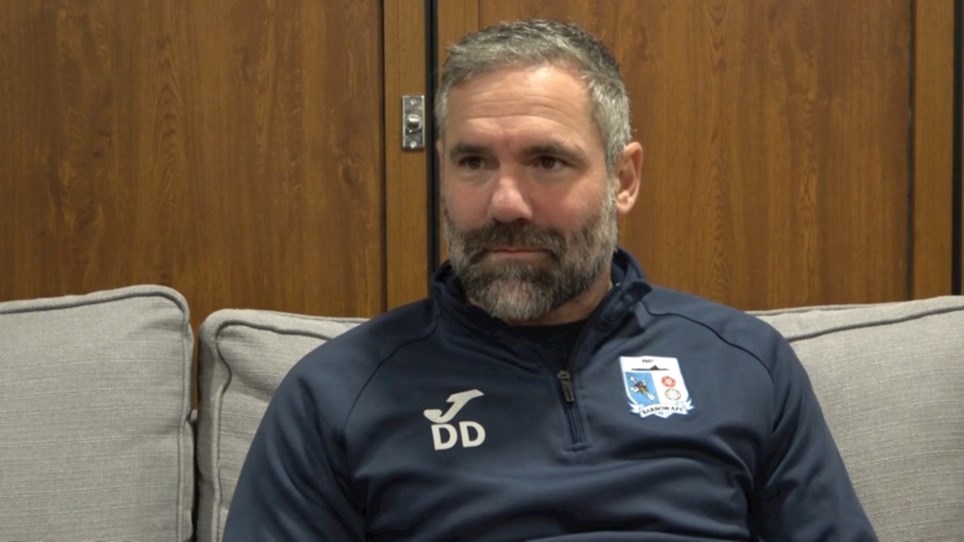 We Need To Be Relentless - Dunn


David Dunn knows that hard work was at the core of Tuesday night’s superb away win and he’s challenged his players to ensure they maintain that effort and desire then they host Bradford City on...